Volcanoes. That’s just one of the things that defines Nicaragua.

In this small country in Central America, there are no fewer than 19 of them. That’s one every 6,862 km2. That may sound like a lot, but basically one’s never far from your sight.

Two of the most well-known volcanoes in Nicaragua are on Isla de Ometepe, a volcanic island right in the heart of Lake Cocibolca and very near Granada and Rivas.

Ometepe’s name literally translates to “two hills”, and it is thought that when the Spanish Conquistadors first arrived at the lake’s shore, it was so big that they mistook it for the sea until their horses started drinking water from it.

Over the northern half of Ometepe looms the Concepción, a perfectly cone-shaped active volcano, while the southern half is dominated by the extinct volcano Maderas which is swathed in a cloud forest and has a mist-shrouded lagoon in its crater. 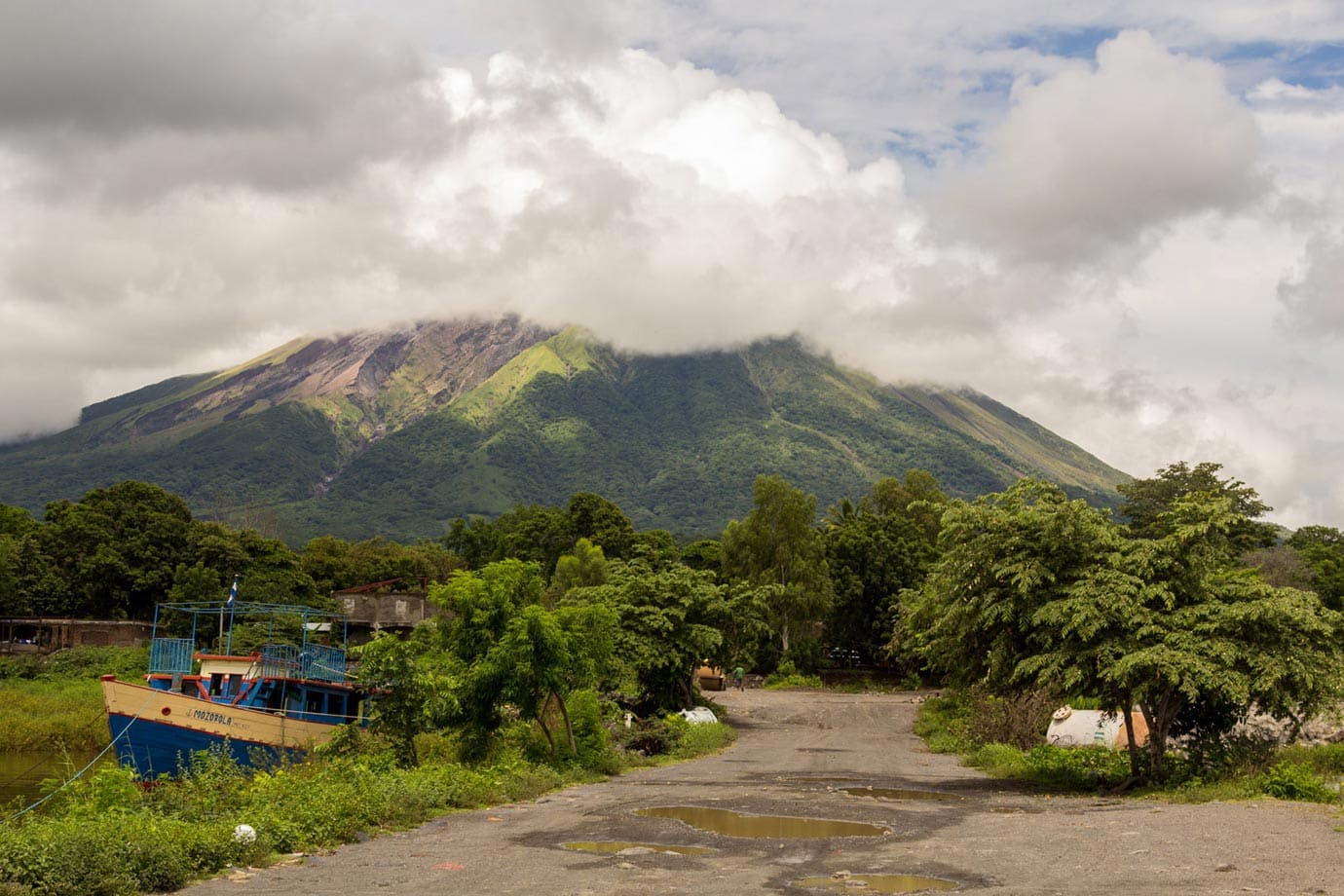 Due to the fact that Ometepe is in the middle of a lake, it is often touted as an “Oasis of Peace”, a place to get away from it all. Considering Nicaragua is extremely chill anyway, you can imagine what this place is like to stay.

We caught the ferry over to Ometepe from the port of San Jorge near Rivas (a 90 minute ferry ride costs no more than a few dollars), and the ride offers some fantastic views of the volcanoes and the island.

Today, there are two main settlements on either side of Volcán Concepción – Moyogalpa and the smaller and more alluring Altagracia. Also, a lot of backpackers have set up shop in Santa Cruz, and it has become its own little commune attracting free-thinkers and those with a lot of time on their hands.

As we were only staying on the island for a few days, we decided to base ourselves at Moyogalpa which is where the ferry comes in to. 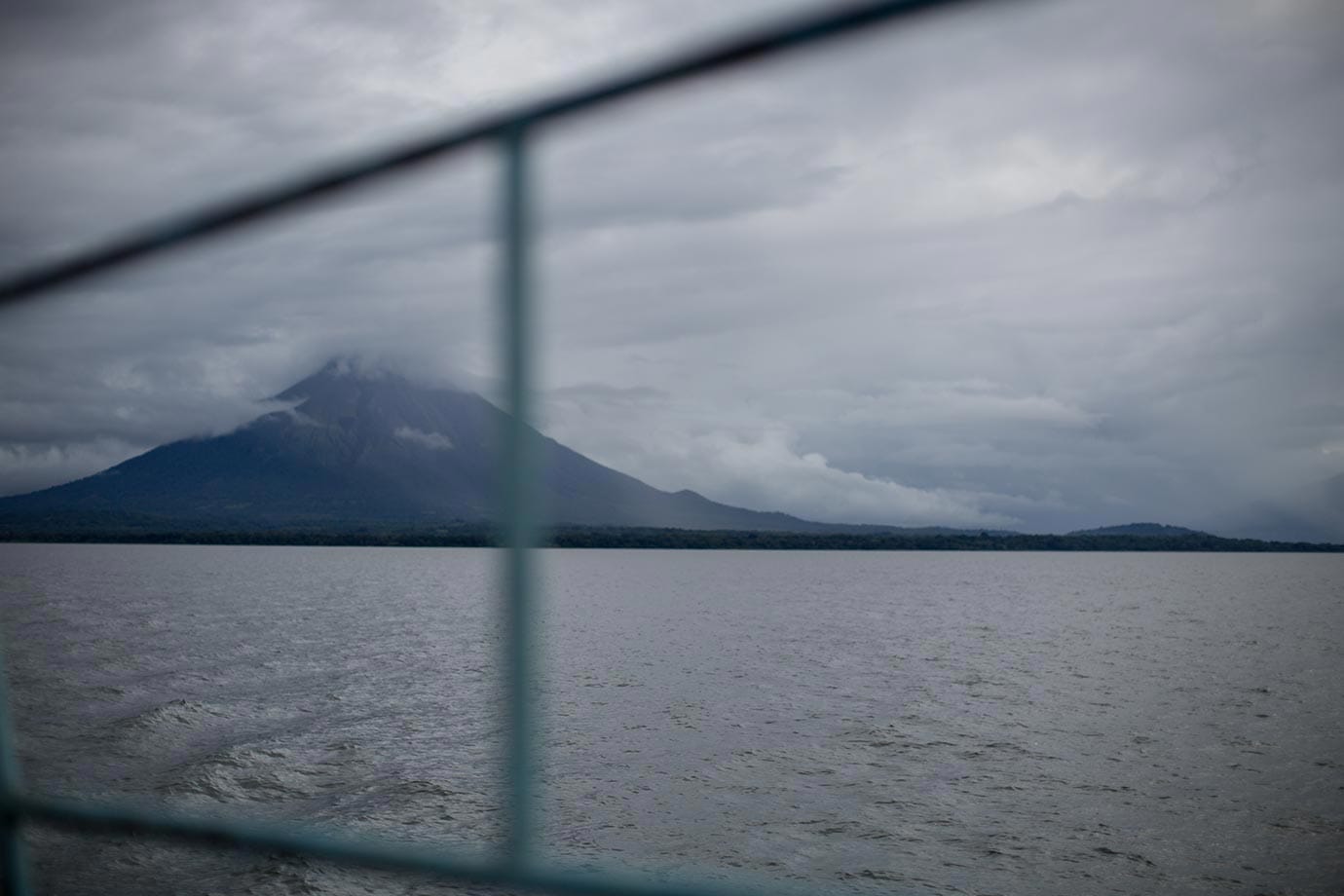 Ometepe is hugely popular for its ecotourism, and while we on the island there seemed to be a big emphasis on outdoor activities with hiking to the top of the two volcanoes being the major attraction (be warned: both are extremely strenuous hikes).

However, as we’d just done some volcano hiking up Cerro Negro and El Hoyo, we decided to see the island in a different way; on scooters.

Ometepe is a lot bigger than it looks, and scooters really do give you that flexibility to stop off whenever you want.

In fact, just a couple of days before we arrived there was a huge mudslide and the majority of buses weren’t running as one of the major roads being blocked with rocks and debris. However, as we had scooters, we were able to work our way around the blockage and carry on with our tour of the island. 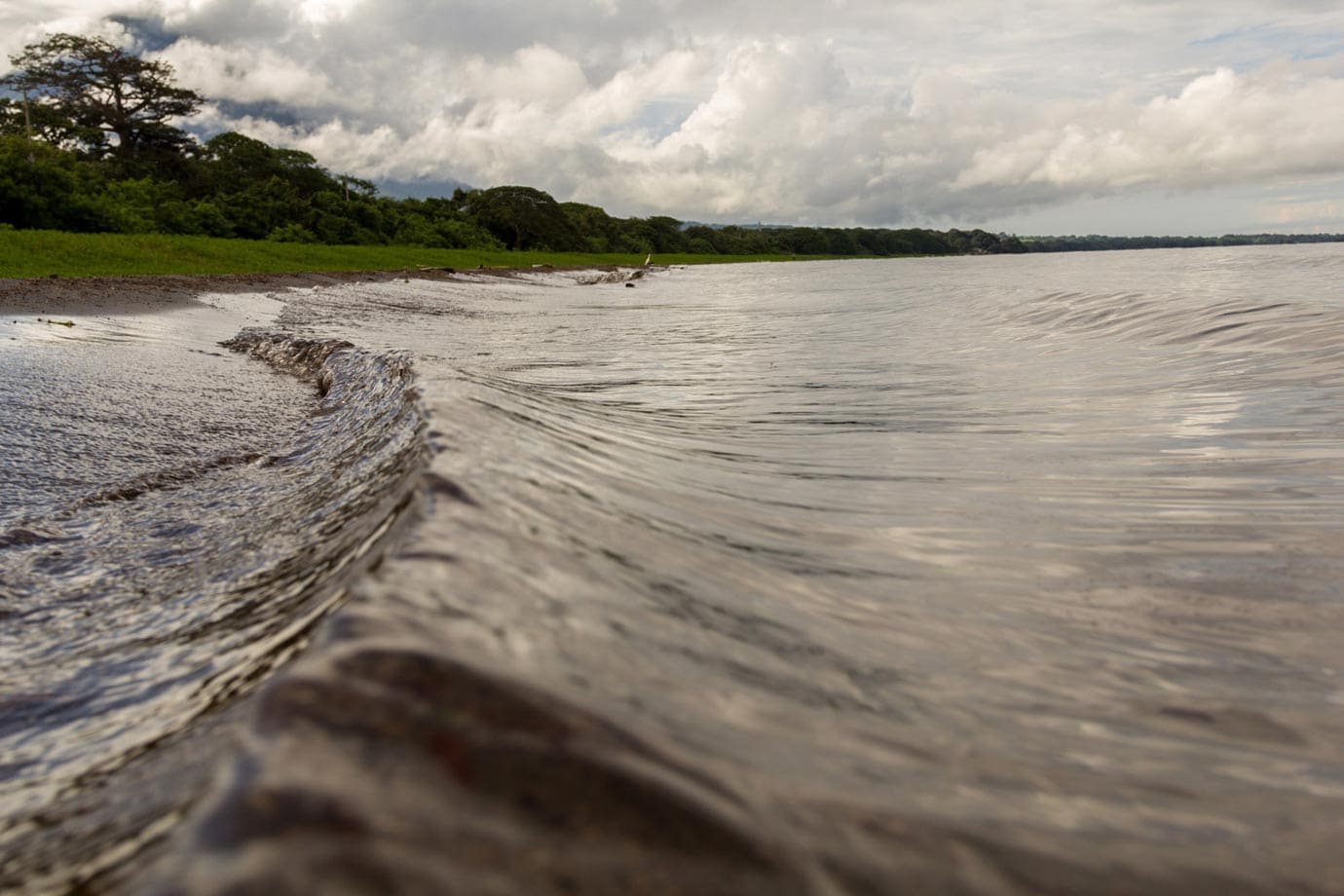 While riding, we had the opportunity to stop off a couple of smaller villages on the island, sipping strong sweet black coffee while watching local life all around us.

It’s easy to say, but life on Ometepe really does seem much more languid, as if everyone’s got a lot more time on their hands, and that gives it a really relaxed vibe. No one ever seems in a rush, and because of that you really do feel yourself slowing down.

With beautiful views of volcanoes and truly magical sunsets all around the island, we spent a lot of our time just being caught up with where we were. Instead of chasing volcanoes, we had found them.