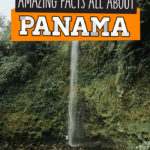 Did you know that you can watch the sun rise in the Pacific & set in the Atlantic in Panama? Here are 32 other fun facts about Panama that you’ll love! 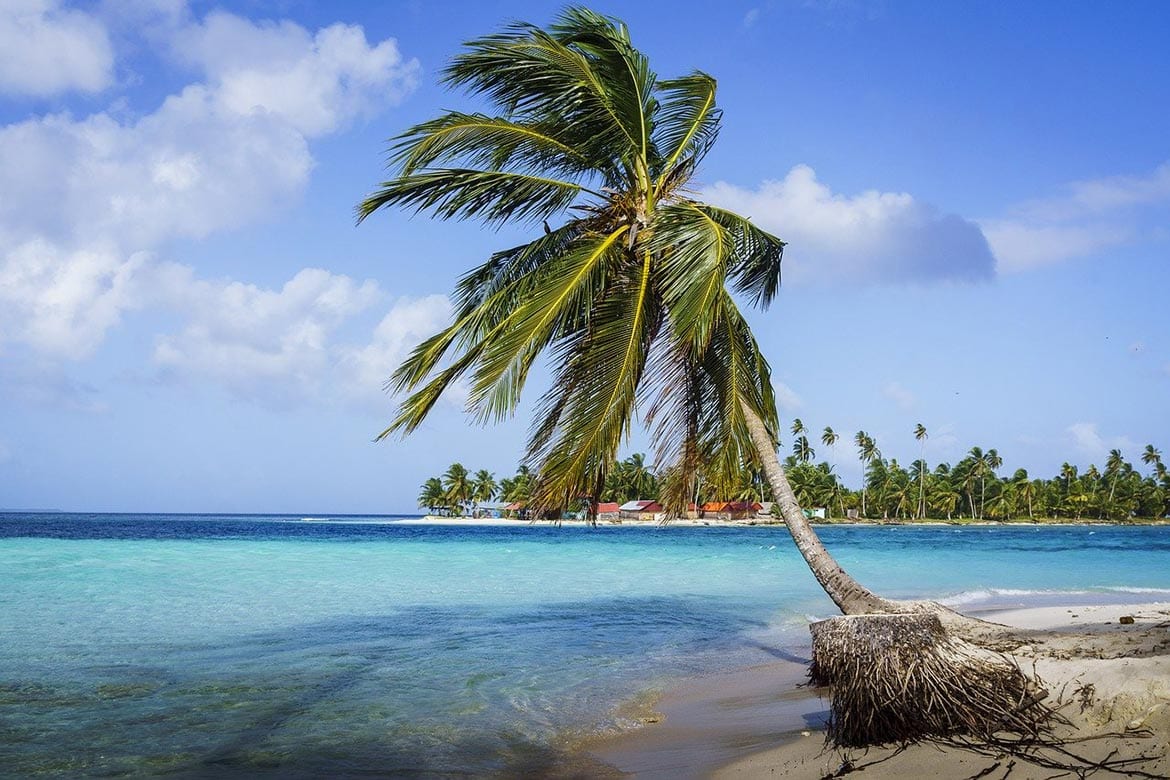 Panama is such an amazing place to visit. It’s the point where Central and South America meet bringing influences from both continents.

Also, Panama City has been described at the ‘Miami of Central America‘ with skyscrapers dominating the skyline and a nightlife that’ll rival any in the world. Basically, Panama isn’t what you’d expect at all.

To give you more of an insight, I wanted to give you some of my favourite fun facts about Panama. While I was travelling around Panama I used to be told these facts all the time by the locals. I don’t know why but I’ve always been fascinated about facts – I think it’s such a good way of learning about a particular place, especially when you’re travelling there.

For example, did you know that Stonehenge in the UK is older than the Pyramids in Egypt? Or that Finland has nearly 180,000 islands, more than any county on earth? 180,000! That’s basically one island for every 31 people living there.

From places like the San Blas Islands to the Panama Canal, here are the best fun facts about Panama for you. Hopefully this will give you more of an understanding and inspire you to visit Panama! 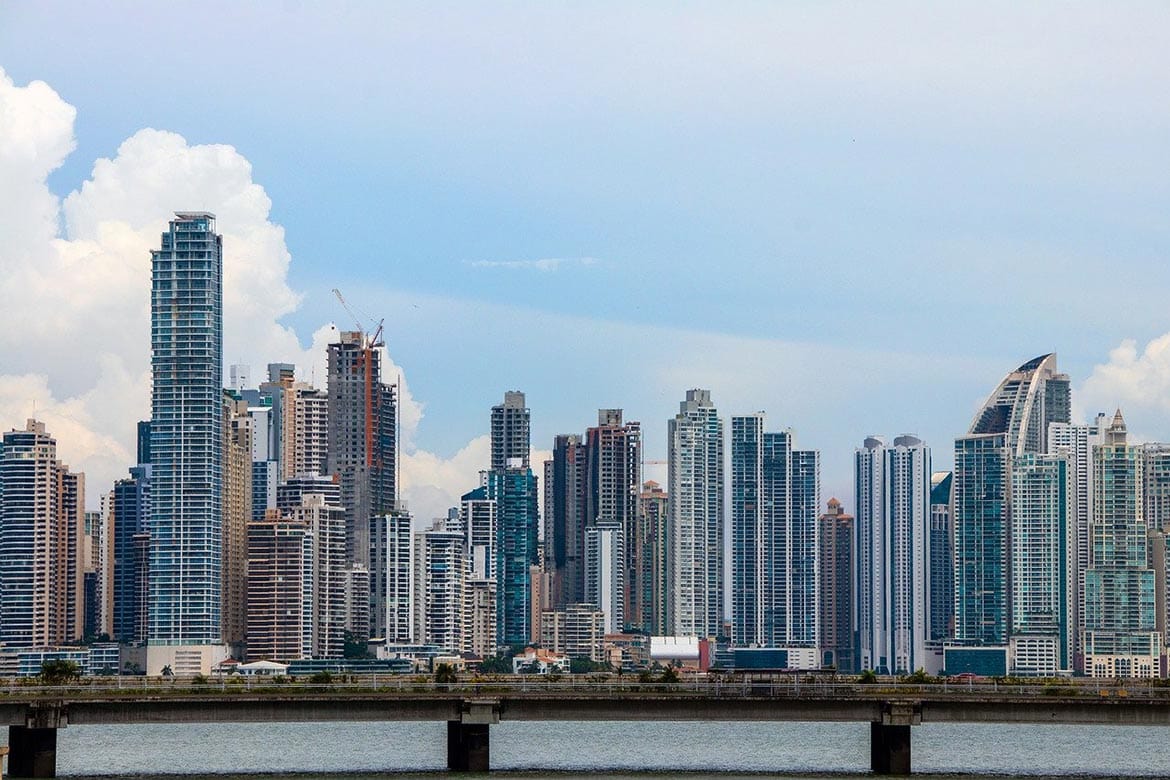 Panama is such a beautiful place to visit in Central America

1. You can watch the sun rise in the Pacific and set in the Atlantic

Panama is the only country in the world where you can watch the sun rise on the Pacific coast and then set on the Atlantic coast. You can see this from the top of the highest point in the country, Volcan Baru at 3,474 m. However, to see sun rise and sun set in the same day it does mean waiting around for 12 hours!

2. The narrowest part of Panama is only 30 miles wide

The narrowest part of Panama is only 30 miles (48 kilometres) wide, so it’s very easy travelling from one side to the other. You can even do it multiple times a day if you want. It is quite cool visiting both sides in a day though.

3. Panama City has its own rain forest within the city limits

Panama City is the only capital city in the world that has a rain forest within the city limits. It’s one of the reasons it’s such a humid city to visit. I can’t tell you how much I sweated while I was there!

Panama celebrates two independence days, the first from Spain in 1821 and the second from Colombia 82 years later in 1903. Fiesta time!

This is one of my favourite fun facts about Panama, but the infamous Panama Hat doesn’t originate from here – it actually comes from Ecuador in South America. 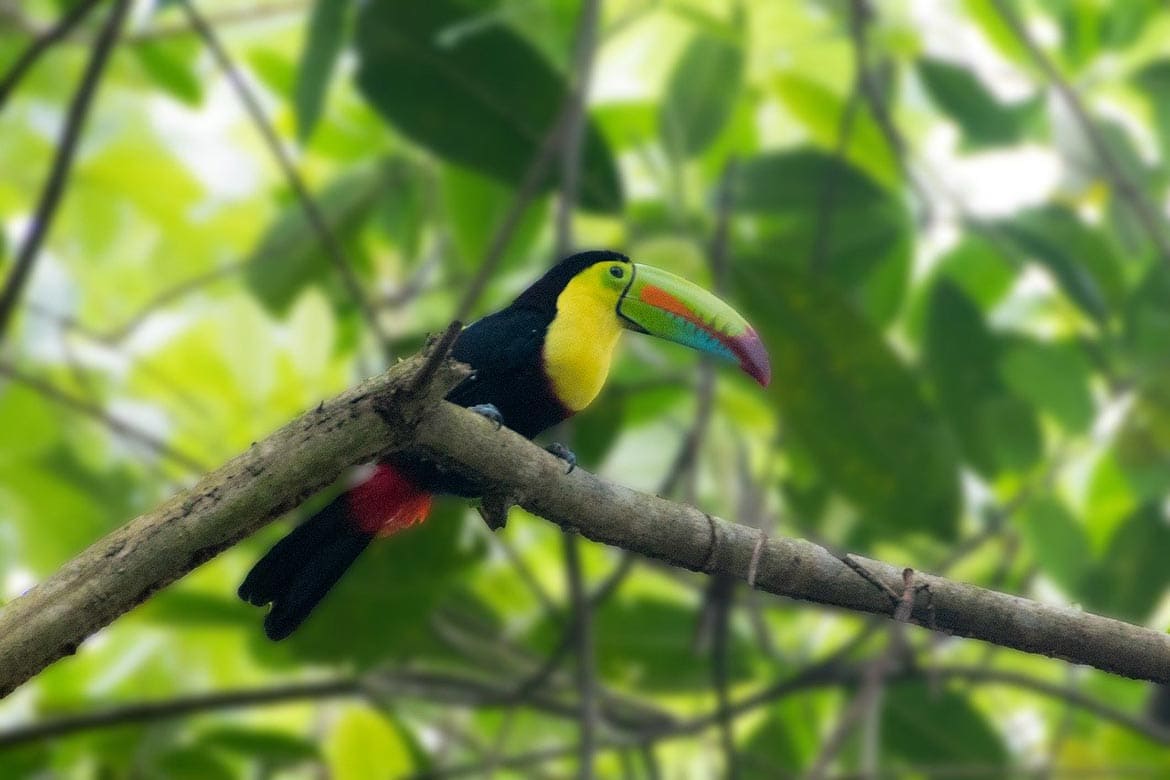 Panama has more than 976 bird species

6. There are a huge number of birds in Panama

Panama has more than 976 bird species, which is more than the United States and Canada combined.

7. There are a huge number of plants too

8. Panama is home to the San Blas Islands, some of the most beautiful islands in the world

There are more than 1,500 islands in Panama. The most famous of these are the San Blas Islands. I genuinely think they are up there with the most beautiful places I’ve ever visited. The Kuna people are the local indigenous people who live on the islands and offer homestays. This is such a great way of immersing yourself in the local community here.

9. The currency in Panama is the US$

Panama was the first Latin American country to adopt the U.S. currency as its own. The other countries in Central/South America that use US$ are Ecuador, El Salvador and Puerto Rico.

10. The Panama Canal was originally built by the US army

The Panama Canal was built by the U.S. Army Corps of Engineers between 1904 and 1914. It’s considered one of the seven modern World Wonders. 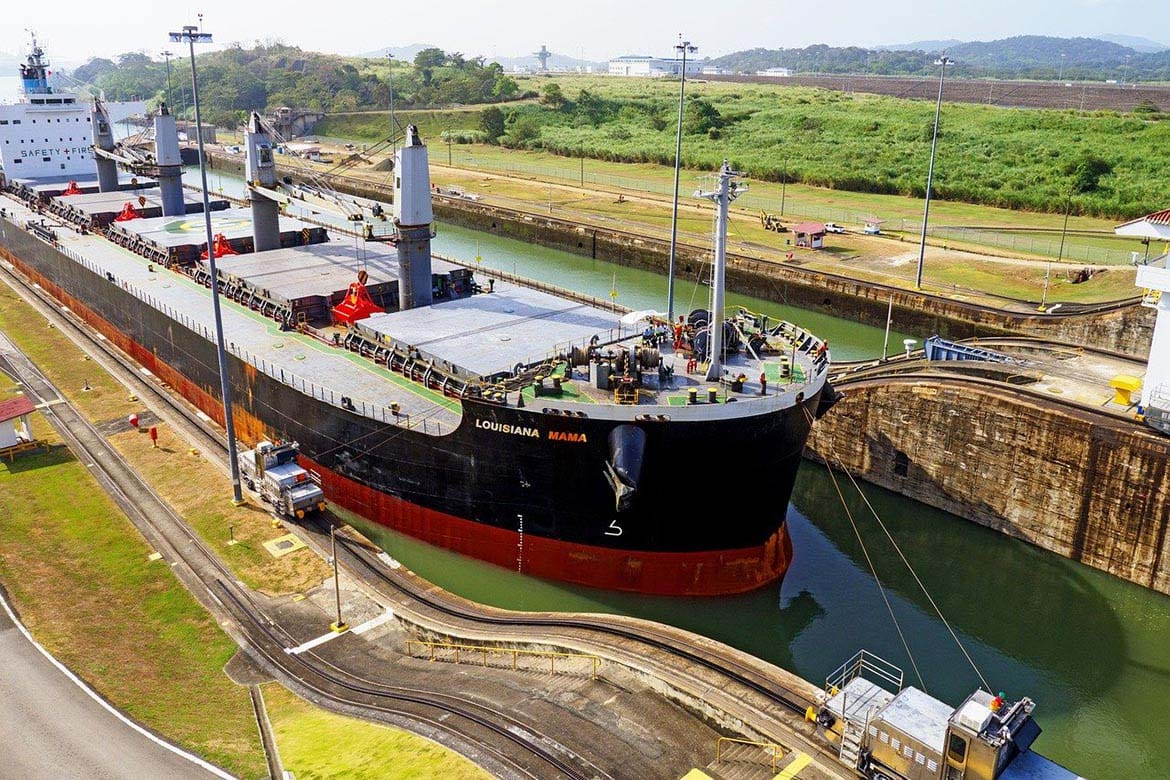 The Panama Canal is the country’s main source of revenue

11. Building the canal was very deadly though with huge numbers dying

Between 1904 and 1913, some 5,600 Panama Canal workers died, mainly due to disease as they had no immunity. Malaria was thought to be the biggest factor.

12. The cheapest crossing for the Panama Canal was only $0.36

The lowest toll paid for crossing the Panama Canal was US$0.36. This was paid by Richard Halliburton who crossed the Canal swimming in 1928.

13. But the crossing can get pretty expensive too

On the flip side, the highest toll ever paid was US$376,000 by the Norwegian Pearl cruise ship in 2010. All tolls are based on the type of vessel, its size, and its cargo.

14. The Canal is Panama’s main source of revenue

By 2021, the Panama Canal Authority is hoping the project will bring in US$2.1 billion per year in added revenue. That’s a huge amount of money!

Panama was the first country outside the united states in which coca cola was sold. Coca Cola was first sold in Panama in 1906. 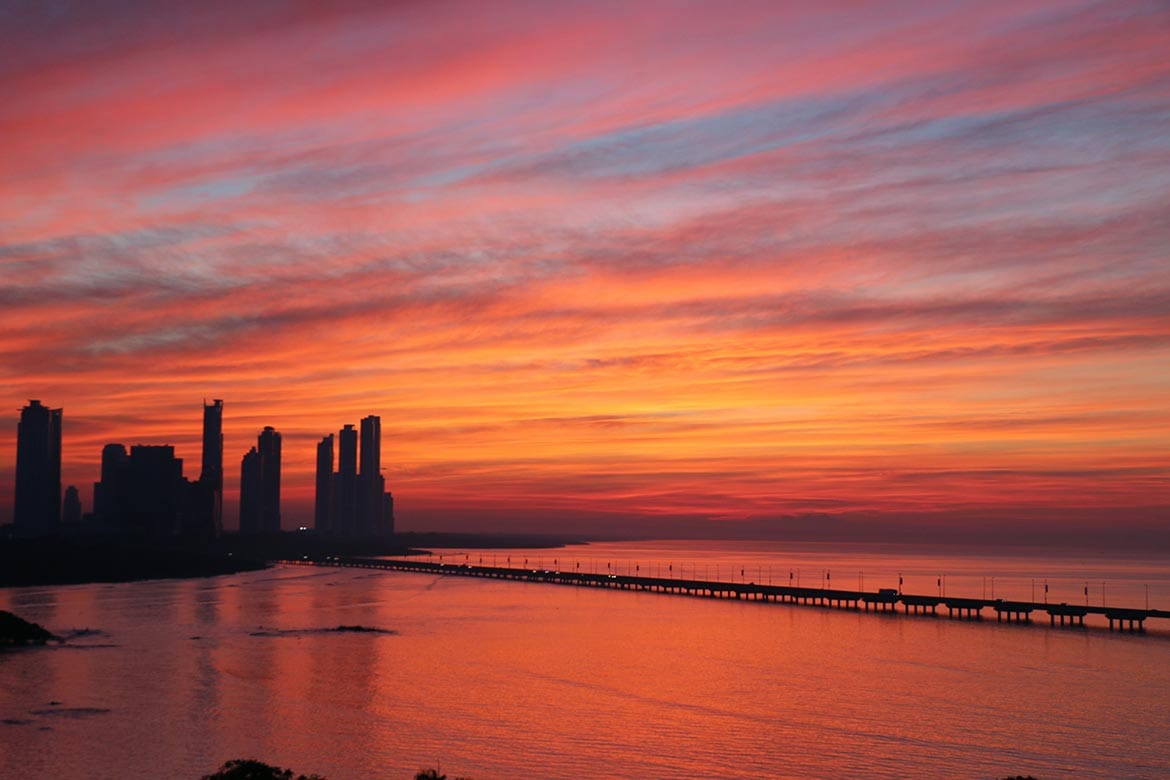 It’s very rare to have a hurricane in Panama

16. It’s very rare to have a hurricane in Panama

Panama is located south of the hurricane alley, so it is rarely affected by tropical storms or hurricanes. This is just one of the reasons why it’s such a fantastic place to visit!

17. There are only two seasons in Panama – wet and dry

18. The Panamanians are mad for baseball

Mirroring the USA, baseball is the most popular sport in the country. They are mad for it here – in fact, watching live baseball is one of the top things to do in Panama.

19. Their national bird is downright scary

The national bird of Panama is the harpy eagle. If you’ve never seen pictures of the harpy eagle before, it’s pretty freaky. And massive. Here’s one for you.

20. The inventor of “murphy’s law” was born in Panama

Edward Murphy Jr, best known for the Murphy’s law, which is said to state that “anything that can go wrong will go wrong”, was born in the Panama Canal Zone in 1918. 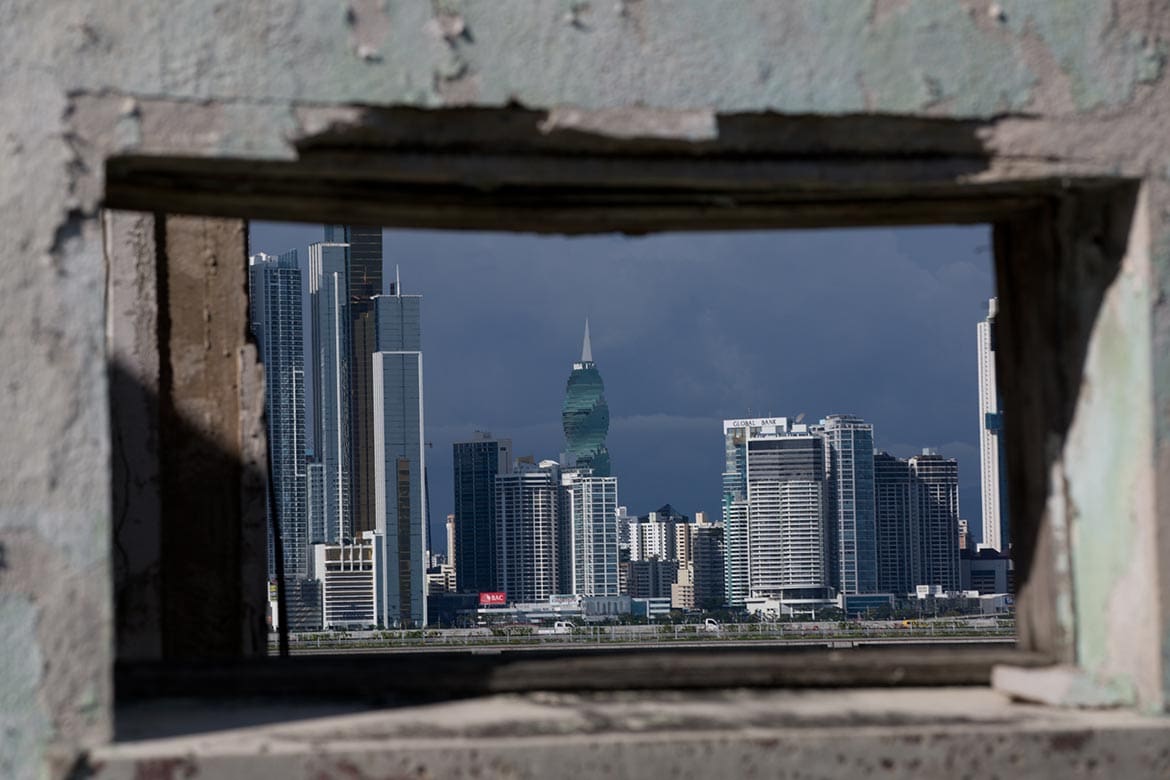 Casco Viejo in Panama City is over 500 years old

The peninsula of Casco Viejo is a busy colonial neighborhood with historical ruins and cobblestone streets. This is the site of the original 1519 Panama City, today a UNESCO World Heritage Site.

22. The cuisine is delicious

Sancocho is Panama’s National dish. It’s basically a rich chicken soup with yuca coriander. It’s usually eaten with rice. This can be a surprisingly great cure for hangovers FYI.

23. You can swim under the Panama Canal

Scuba divers have the opportunity of swimming practically under the Panama Canal at the Gatun Lake. Here you can even see the old submerged railroads used during the Canal’s construction.

24. There was a race who could claim Panama for themselves

The Panama isthmus was first explored by Spanish conquistador Rodrigo de Bastidas in the year 1501. Then Christopher Columbus visited in 1502 and Balboa arrived to explore the area in 1513.

25. Panama was built on a very difficult few decades

The years between 1850 and 1900 were tumultuous for Panama: during this time there were 40 different administrations, 50 riots, five attempted secessions, and 13 interventions by the United States. 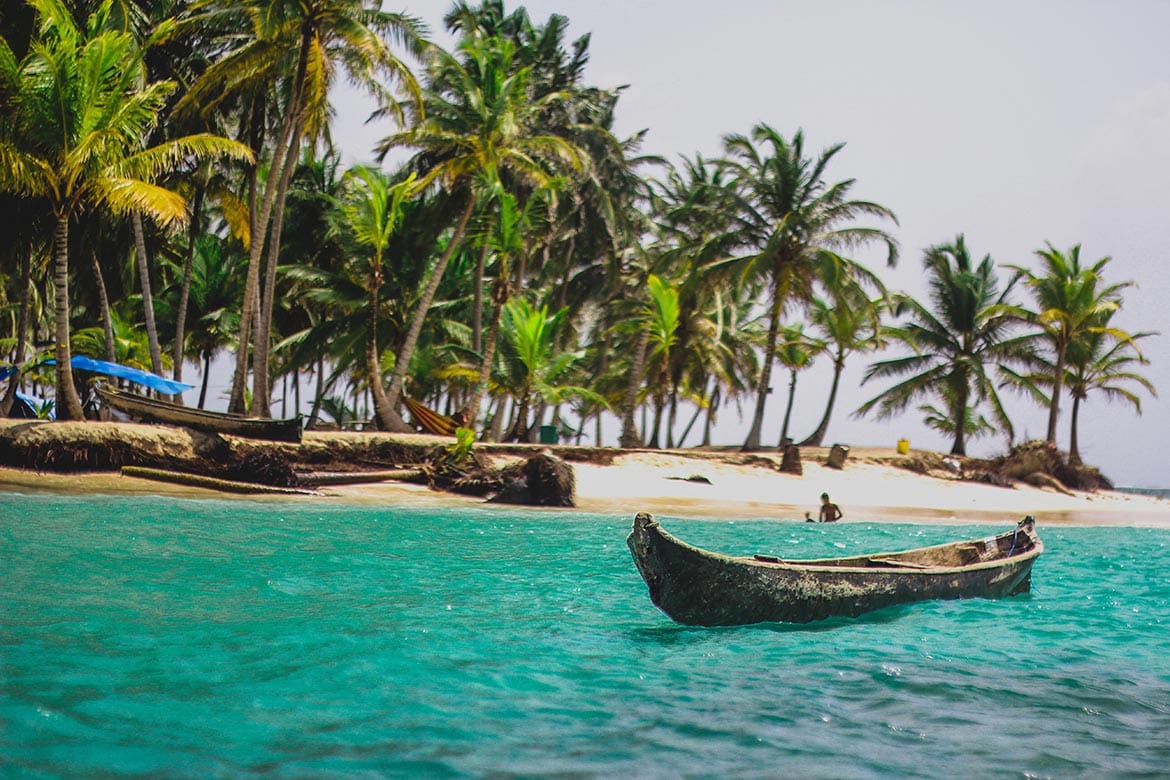 Panama is the second smallest county in Central America

26. Panama is the second smallest county in Central America

27. There are strong American political ties to Panama

The late Senator John McCain was born in the Panama Canal Zone, which, at the time, was a U.S. territory.

28. Famous architech Frank Gehry has a building in Panama

Designed by world-renowned architect Frank Gehry, the “Biomuseo” is his only work in Latin America and the tropics. The building was designed to tell the story of how the isthmus of Panama rose from the sea, uniting two continents, separating a vast ocean in two, and changing the planet’s biodiversity forever.

29. You can swim in both the Pacific and the Atlantic on the same day

Panama is one of the only countries in the world where it’s possible to swim in both the Atlantic and Pacific oceans in the same day. Bucket list = tick.

A total of 12,000 lives were lost in the construction of the Panama Railroad, which is the oldest continually operating railroad ever in the world. It is still fully functional as it transports passengers between Panama City and Colon. 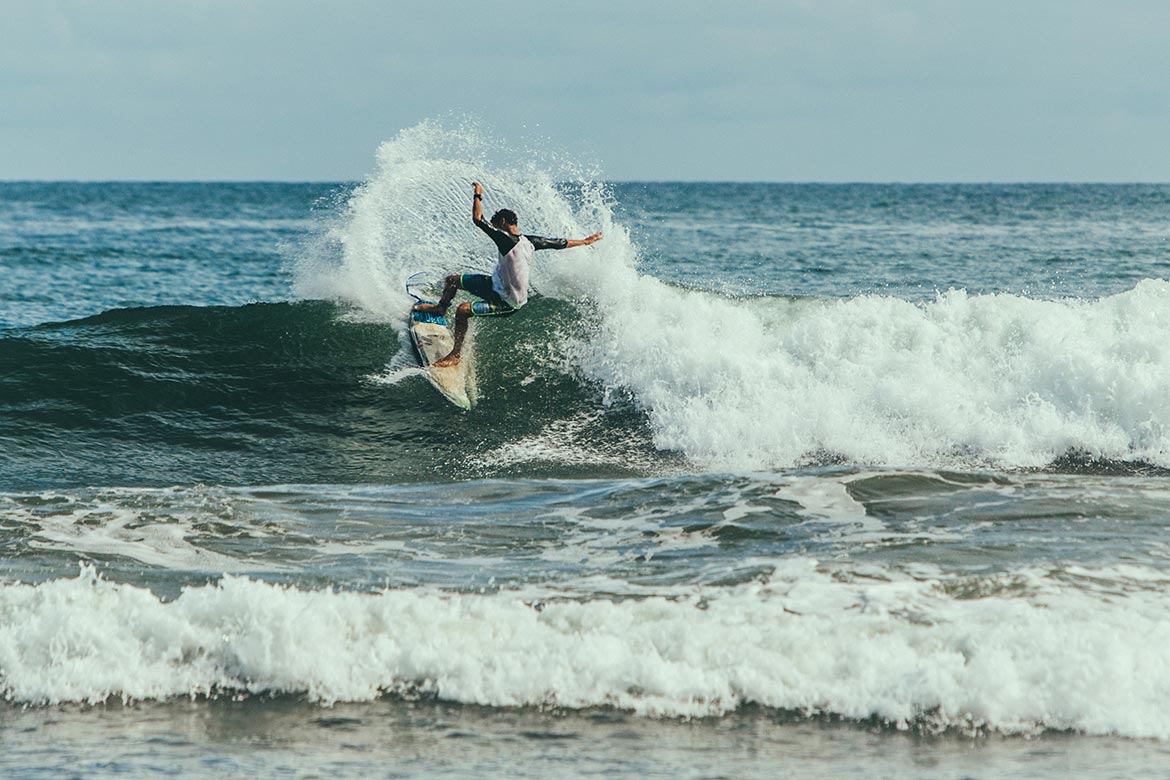 31. Duty-free is high on the agenda

Panama has the second largest duty-free zone in the world. The Colon Free Zone is second in size only to Hong Kong.

32. Darién National Park is beautiful but you can’t cross it

Darién National Park is a world heritage site in Panama. It is about 325 kilometers (200 miles) from Panama City, and is the most extensive of all national parks of Panama and is one of the most important world heritage sites in Central America. However, due to gangs, it’s virtually impossible to cross the Darién Gap into Colombia. It’s thought this is one of the most dangerous border crossings anywhere in the world.

So there you have it, those are all of my fun facts about Panama! Have you got any facts about the country? If so, I’d love to know about them in the comments below! 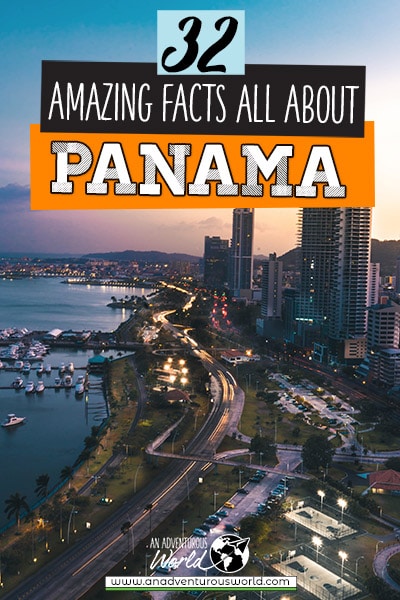 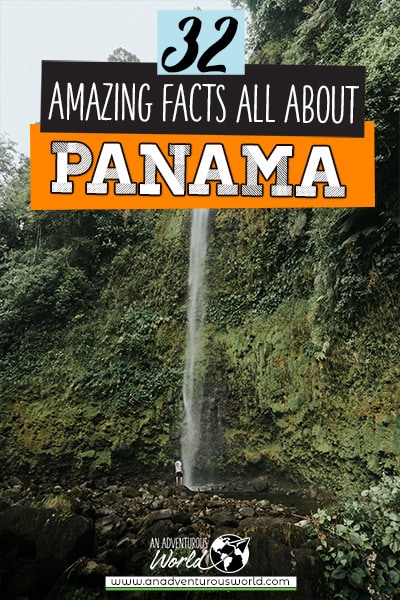