How to sleep well in an airport

Sleeping in an airport might not sound ideal, but let’s face it, at some point in your life it’s probably going to happen.

Backpackers and travellers are often on such a tight budget that they’re always looking for ways to save a few bucks. Well, why not consider sleeping in an airport? After all, you’re saving money on accommodation, and more importantly, you’re exactly where you need to be in the morning; you don’t have to worry about checking-in on time as you’re already there! That’s a win-win situation if you ask us.

As we all know, one of the major problems with cheap flights is the awful departure times and stop-overs. More often than not you have to rise at the crack of dawn or spend eight hours in a nameless airport waiting for a connecting flight. However, getting the cheapest flights and saving money on accommodation by sleeping in an airport can be the difference between travelling for an extra week or going home early. We know what we’d prefer to do.

A journey of 20+ hours can often mean a stop-over in an airport, but all is not lost; many airports will be open 24/7 so you can crash at any time, and more often than not you’ll enjoy the experience too! 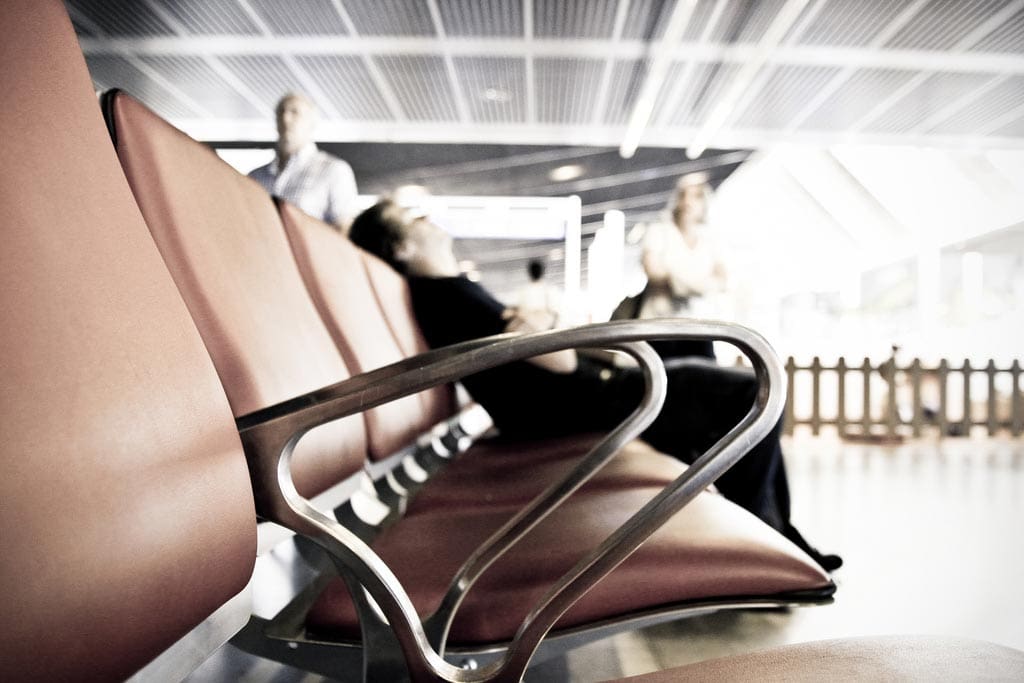 Tips for sleeping in an airport:

Some airports are perfect for spending the night; some aren’t. Sometimes you’ll be asked for ID and proof that you’re flying on; sometimes you won’t. However, whatever situation you find yourself in you be able to talk your way out of it. Sleeping in airports isn’t exactly expected but it is widely accepted. Whenever you find yourself sleeping in an airport, follow our tips and enjoy the ride!

So there you have it, everything you need to know about sleeping in an airport. As ever, if you think we’ve missed anything hints and tips, let us know by adding your own in the comment box below!

No worries Stefan! We hope you found them useful!