Checking out one of the things to do in Mexico

As I got to the top of the Pyramid of the Sun, the clouds parted casting glorious golden sunshine on all of Teotihuacan. To the left I could see the Pyramid of the Moon, while to the right I could see the Temple of the Feathered Serpent. Otherwise, the countryside was green and sparse. With pyramids such as dominant and domineering as those of Teotihuacan, it doesn’t take much to imagine how great this city once was.

The pyramids of Teotihuacan are 46 kms outside of Mexico City and they only take an hour to get to. To get there, you can catch a bus from the metro station ‘Autobuses del Norte’ costing 86 pesos (approximately €5) for a return ticket.

Once at Teotihuacan, it costs 59 pesos (approximately €3.50) to get in (interesting, all government managed buildings and sites have an entrance fee of 59 pesos). Even though there is a restaurant at Teotihuacan, it is quite expensive, so if you plan on being there for the afternoon make sure you bring plenty of food and water; it really is a great place to have a picnic. 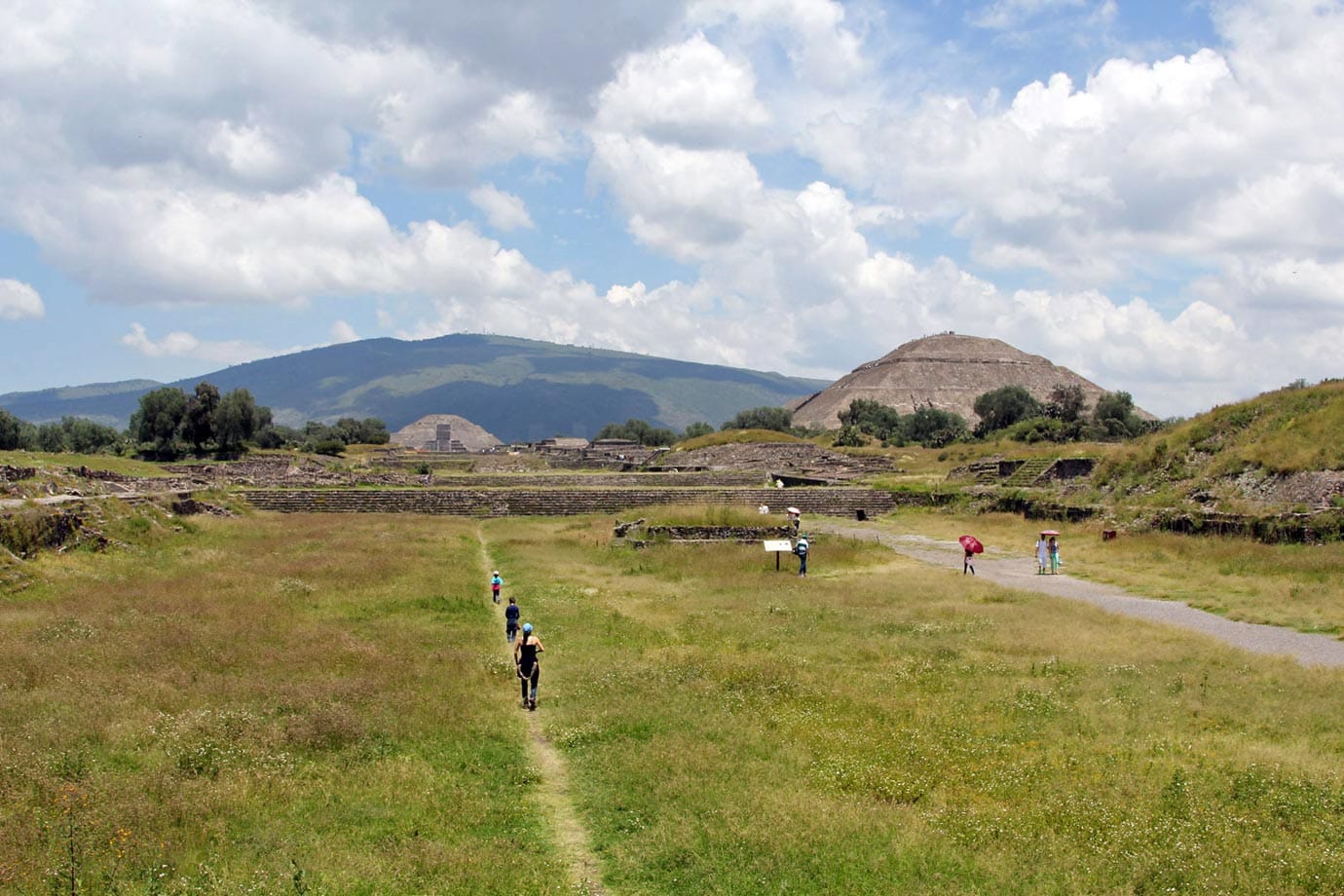 Teotihuacan was once the largest pre-Columbian city in the Americas with a population between 150,000 and 250,000 people.

It is thought the city was first built in 350BC, though it didn’t reach the zenith of its power until 450AD. 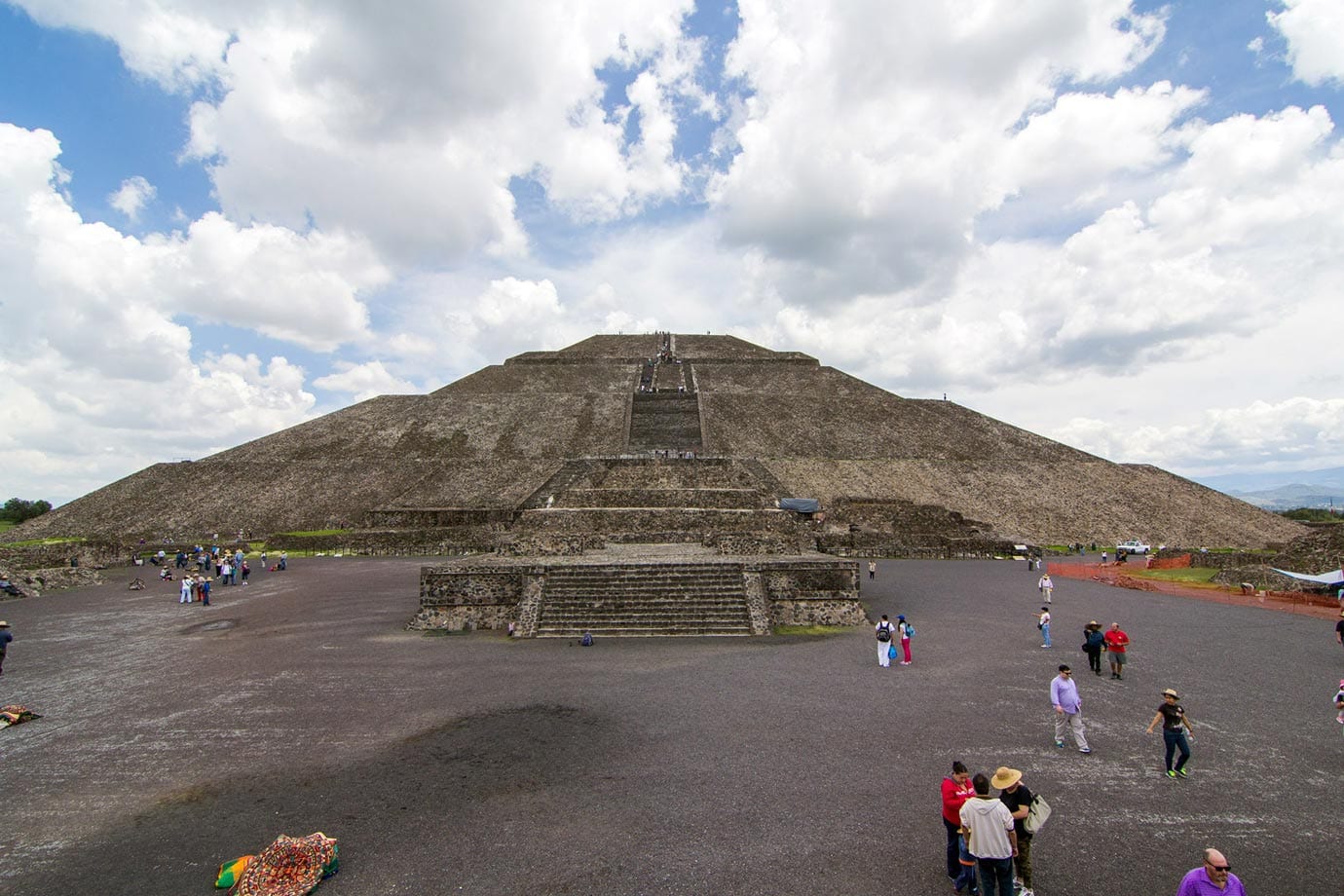 The Pyramid of the Sun is the largest and most impressive in Teotihuacan and it is the third largest pyramid in the world (that’s quite the stat).

Even though the climb looks quite intimidating, it only takes about 15 minutes to get to the top (that’s if you’re fit). Once at the top you are presented with the most magnificent views of the once ancient city.

One thing I noticed sitting on top of the Pyramid of the Sun was how quiet everyone was once they got there. I would like to think it’s because the views rendered them speechless, but it was probably due to the fact that everyone was knackered from the steep climb up. Either way, it’s incredibly peaceful at the top of the Pyramid of the Sun and definitely worth the climb. 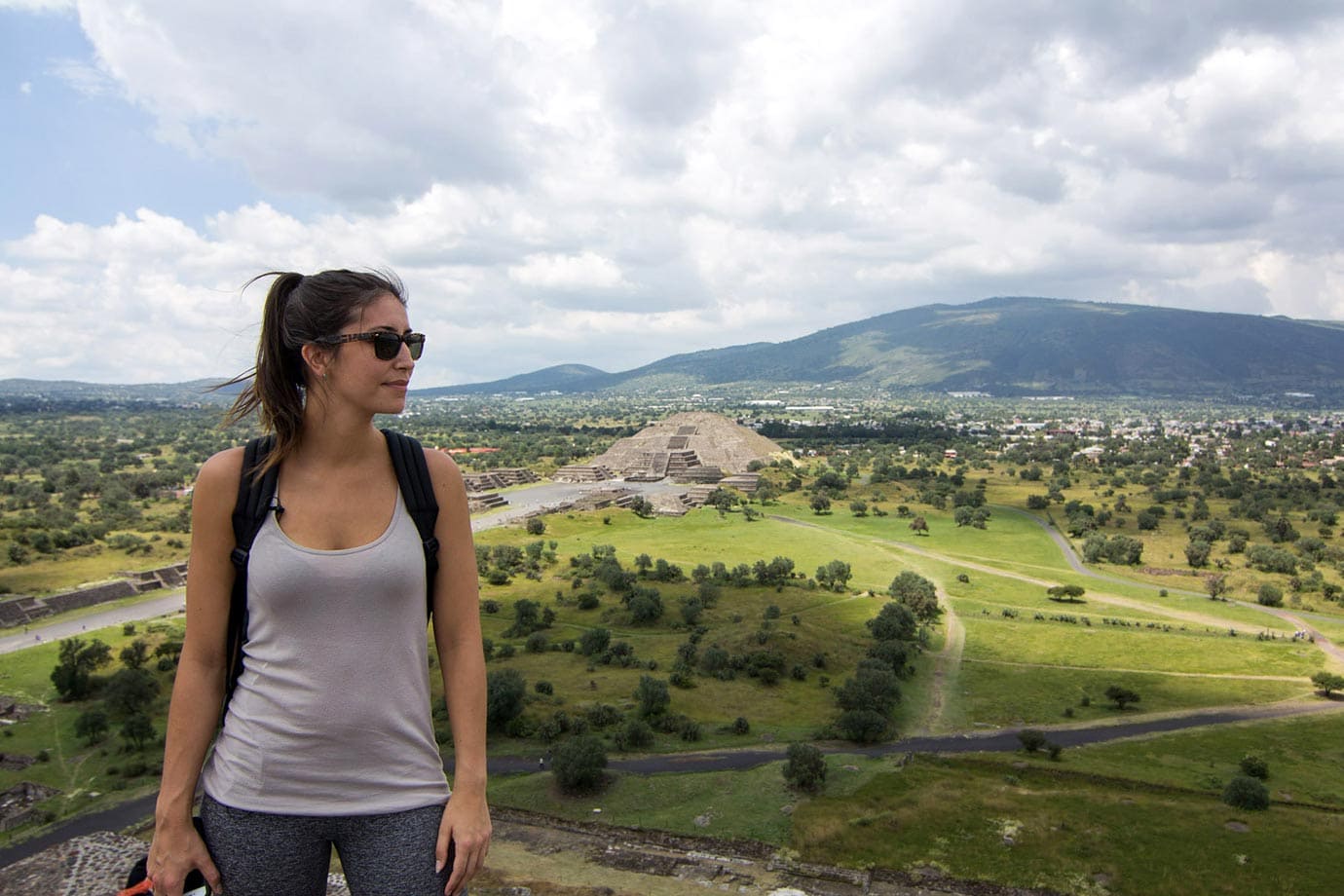 Almost to symbolise this name, street hawkers sell ornately decorated skulls, now an iconic image for all of Mexico. 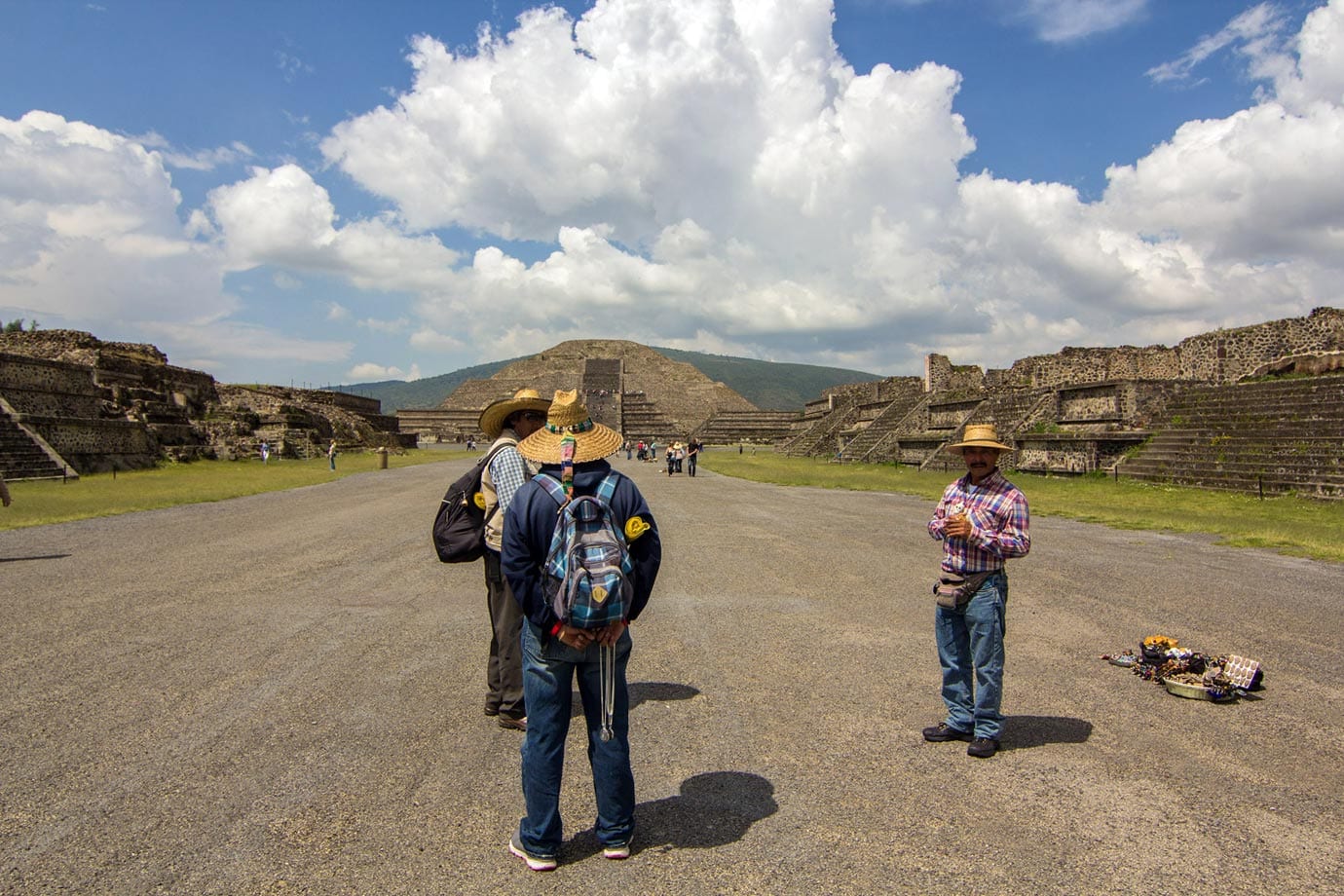 It’s stunning to think a site such as Teotihuacan is only an hour outside the sprawling mass of Mexico City, especially one with monuments as beautiful and well-preserved as the Pyramid of the Sun and the Pyramid of the Moon, and if it’s not already on your list of “must-sees” in Mexico then it should be. 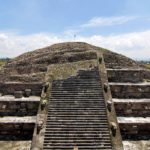 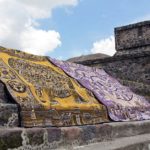 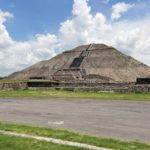 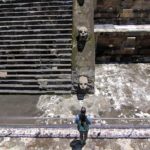 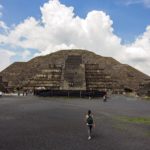 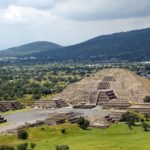 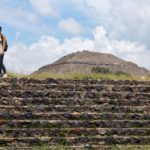 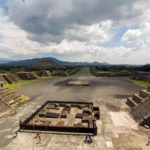 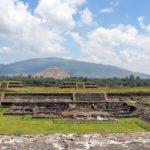 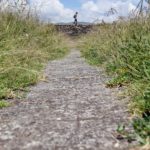 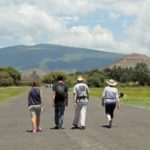 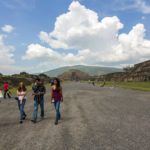