I was back on my old friend the bathroom-less bus again on Friday night. I was feeling positive that this ride would go better than the last. The 17 hours to La Paz seemed like a breeze, but a bus is a bus is a bus and it was still 17 hours, freezing my toes off because the window next to my seat wouldn’t close all night. Needless to say, I was very happy to arrive at my destination. 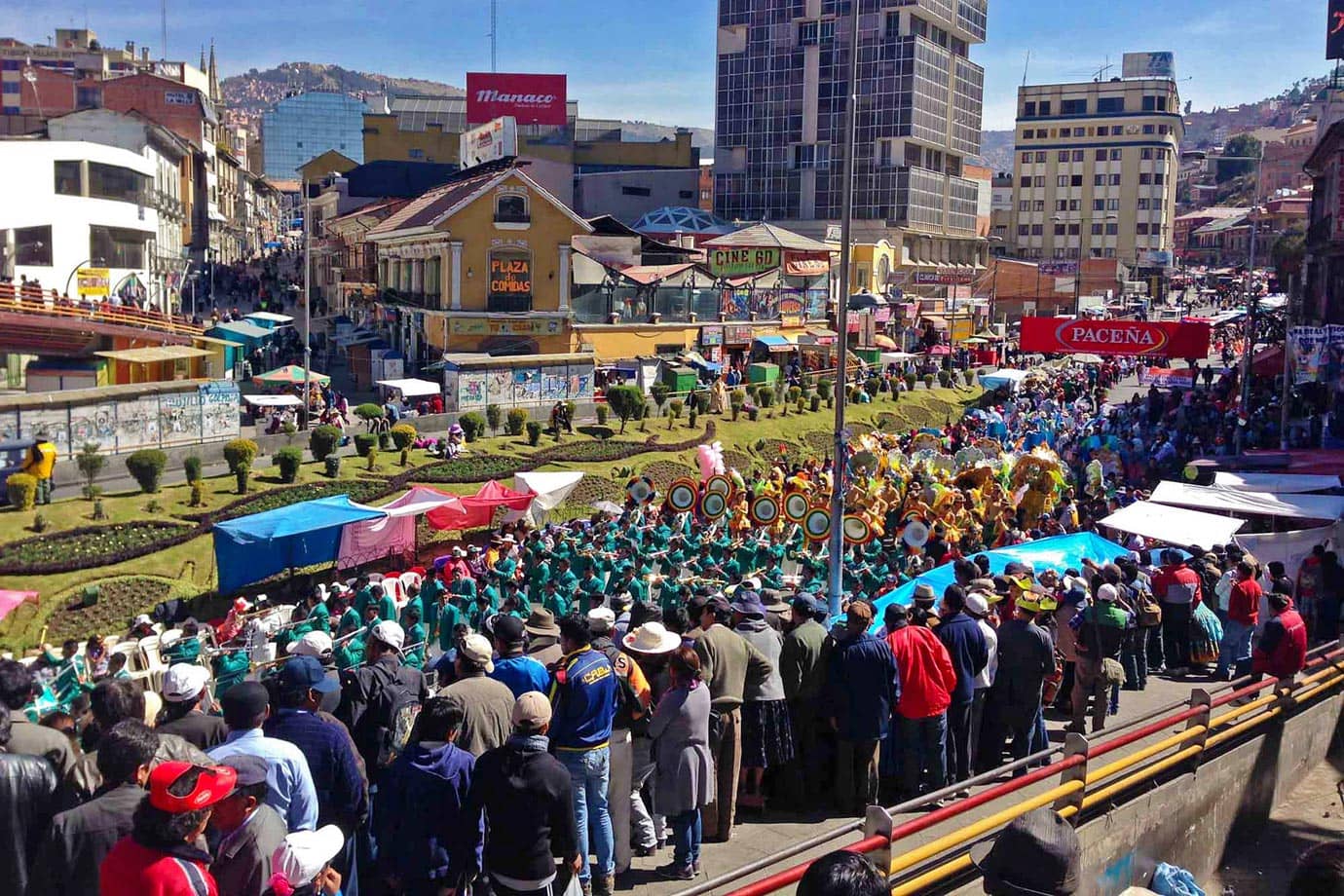 The second biggest festival in all of Bolivia was invading the main streets when we arrived in La Paz. The city of La Paz is a huge valley, surrounded by mountains and sitting at about 3,500 metres above sea level. La Fiesta del Gran Poder (aka the Gran Poder) began as a religious festival and has now become a gigantic parade, sweeping down the mountainous streets of the city for kilometers. It is a chance for the wealthy of Bolivia to show off extravagant costumes, each unique and often adorning jewels, fine materials and sometimes, just straight up money.

We arrived in the city at about 10:30 and made our way not too far to where the action was. It is clear that the whole city stops to celebrate this momentous day. The main highway through the city was blocked off, with stadium seating lining the entire way. Street vendors were set up in every available square inch selling anything you could ever want; food, toys, clothing, tools – you know, just what you might need to watch a parade. People capitalize off the day by buying cases of beer and selling them to parade watchers. Adults, teenagers and questionably young children were all selling cans of beer out of boxes, bags and buckets. 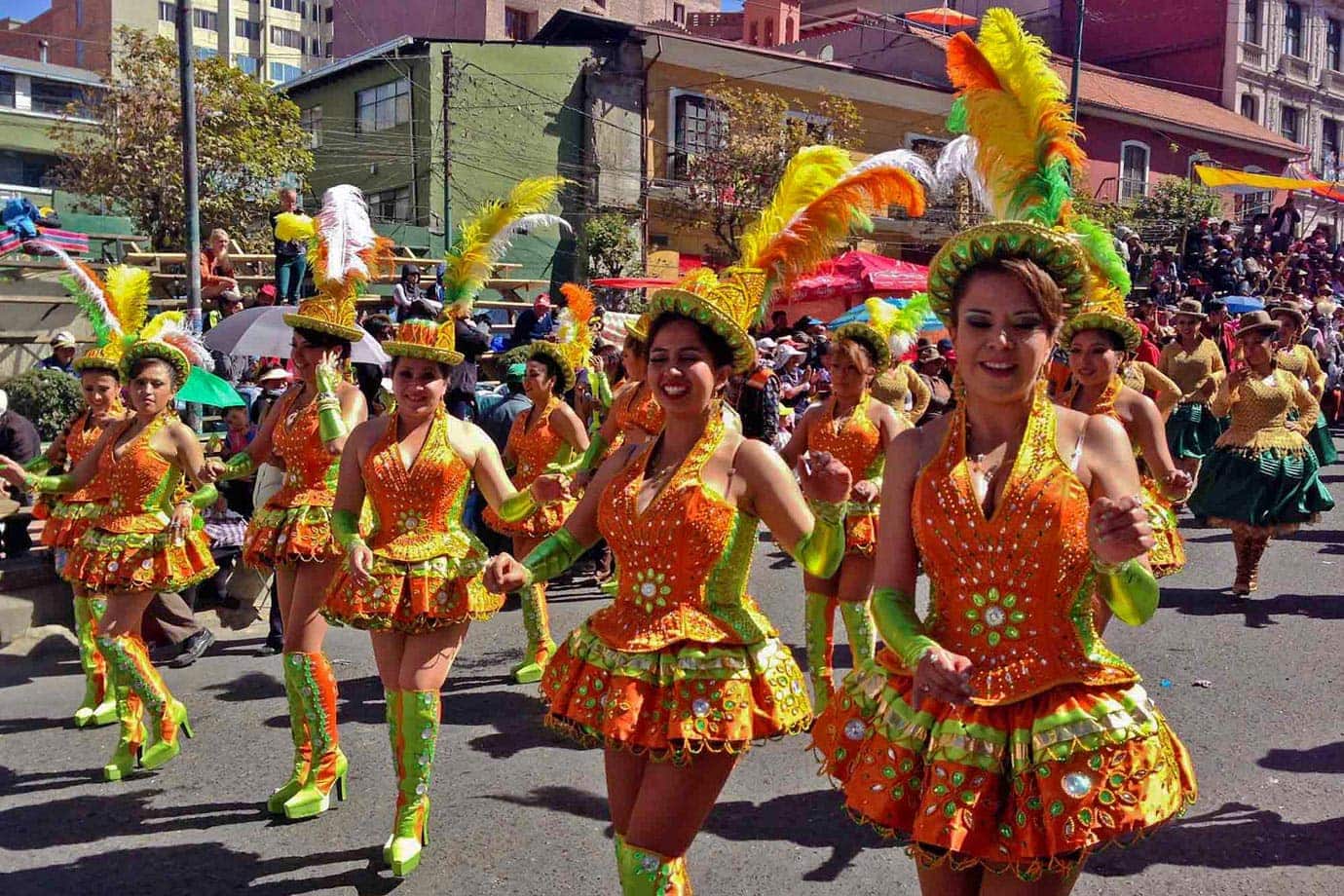 The parade itself was overwhelming. There were 60 regions represented in the parade, with a total of about 14,000 individuals participating. That number is staggering. Each and every person involved has a handmade costume that adheres to his or her region and no expense is spared. Costumes varying from sparkling, fluorescent Katy Perry-esque dresses to traditional skirts and shawls to mariachi cowboy suits with jingle bells to gigantic monster headpieces, all had their moment to shine. Every group had a marching band playing a different traditional song, accompanied by a traditional dance.

Something I never thought I would or could do is watch a parade for eight hours. Never say never. The dutiful and tireless crowds were clapping, dancing and cheering as each collection of performers passed by. The most amazing part was that after eight hours, they were only through about half of the groups, meaning that this event, which started around 7am that morning, would be going long into the wee hours of the night. As the city became dark it was time to exit; we were sure the drinking would only escalate, as it often does at events like this. 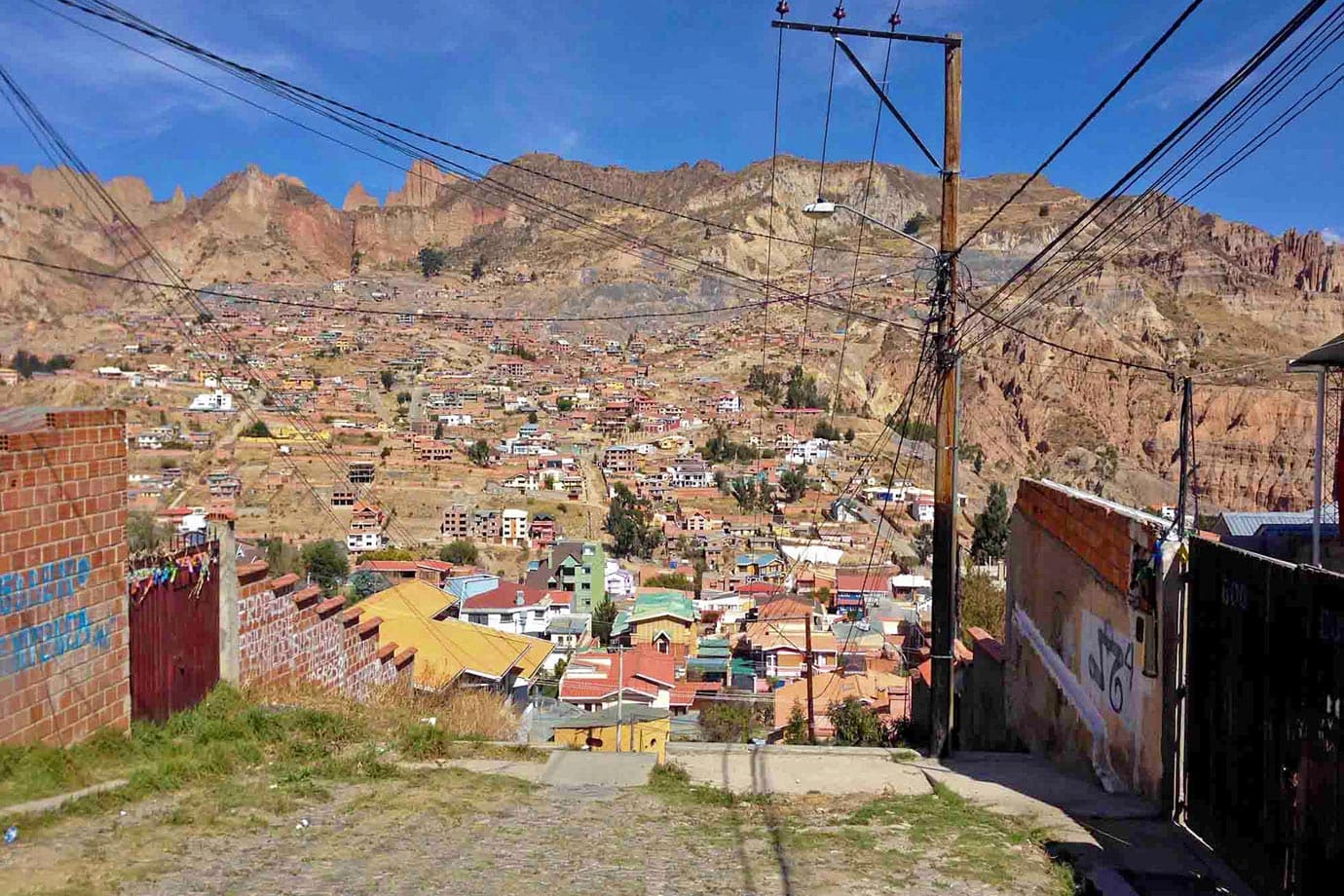 We stayed with the father of who I am living with in Tarija, and Pancho, being a native from La Paz, was able to show us little pockets of the city I never would have seen otherwise. La Paz is divided into many districts, from high-rises in the center of the valley’s bowl to stone houses built creeping up the mountainsides. We went to a mall and for a moment, I felt like I was in Canada or some other Westernized country. I heard people speaking English at the table next to us at dinner! Pancho made us feel very welcome in his large apartment just outside the city and I was very grateful to fall asleep somewhere that wasn’t a bus seat.

The next day, I decided to get luxurious and take a plane home, and let me tell you, after multiple less-than-comfortable bus rides, it was luxurious. I took an hour-long flight back to Tarija and was home by the early evening. It was a whirlwind trip watching La Fiesta del Gran Poder in La Paz, but I feel incredibly lucky that I was able to witness such an important event for Bolivians as well as receive Pancho’s warm and relaxed Bolivian hospitality.

Great description. As it happens the 2015 Gran Poder was last night. You are 100% right that the festival gets messy as night sets in. People start pissing on the streets, vomiting, passing out and fighting. It's much more civilised during the day.

Wow! Hard to believe it's been a year! How did you find the parade itself?