Seeing Panama through the eyes of the Broad

Bocas Town in Bocas del Toro is known for it’s party scene and how do I say this… for being a bit less than desirable, or a little rough around the edges. That’s probably why we enjoyed it so much. It was relaxed and friendly, with tons of choices for food and even more for drinks.

Bocas is made up of many tiny islands and Bocas Town is found on the main Isla Colón. It is a popular tourist destination all year round, and for this reason, there are a ton of options for boat tours and diving. 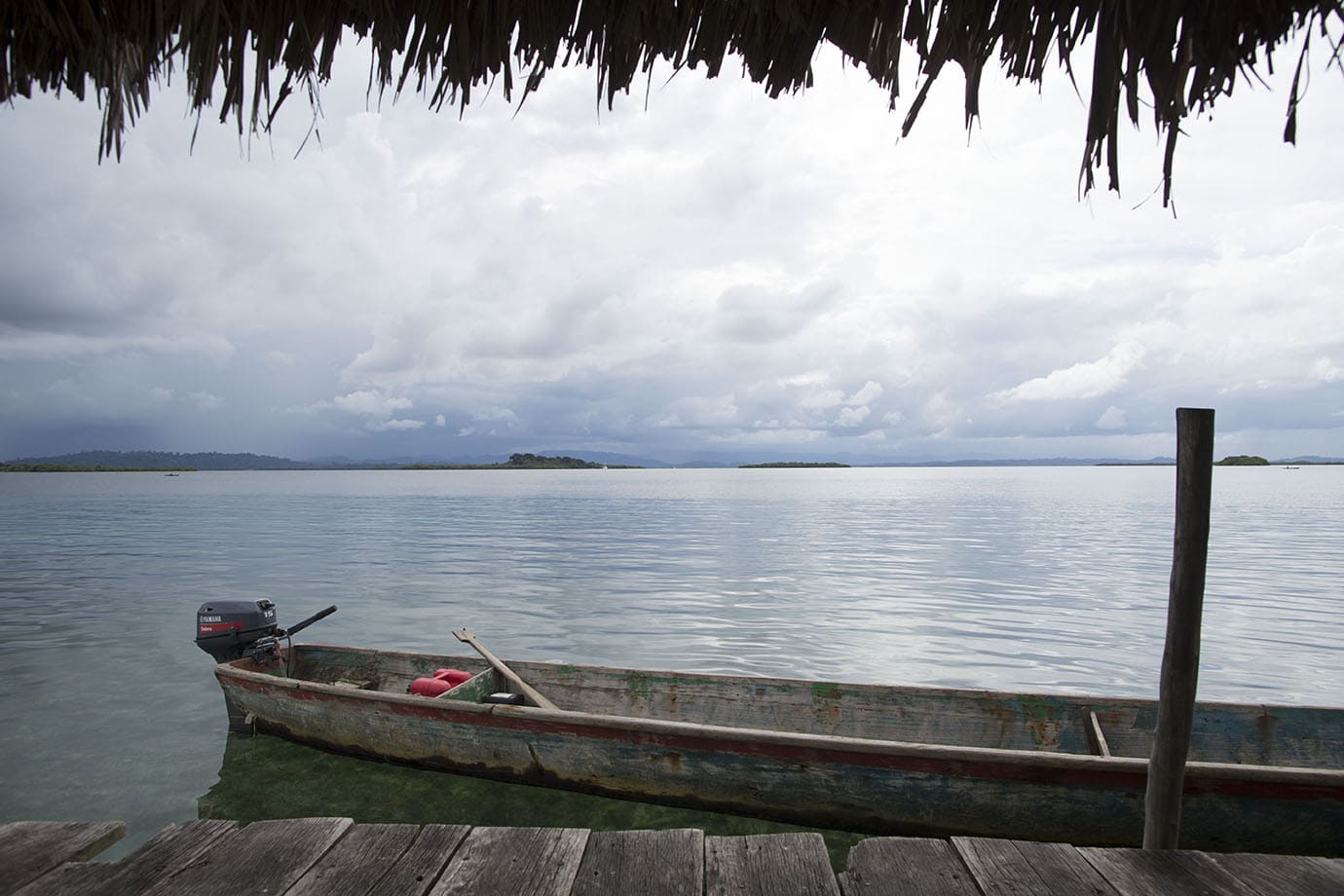 While the town itself can leave a bit to be desired in terms of culture, it does have some great nightlife and some gorgeous beaches. Once you get on the water, it’s clear to see why so many people visit.

As soon as you leave the main streets of restaurants, shops and bars, you can get a feel of what day to day life is like. The homes are not glamorous, many of which stand on stilts in or near the water. You can walk for quite a while and get lost in the every day.

We happened across a baseball game, while cruising around on rented bikes and decided to sit and watch for a while. It felt like a warm community, kids and adults all gathering with folding chairs to watch the game on a Sunday.

More on my Bocas experience here… 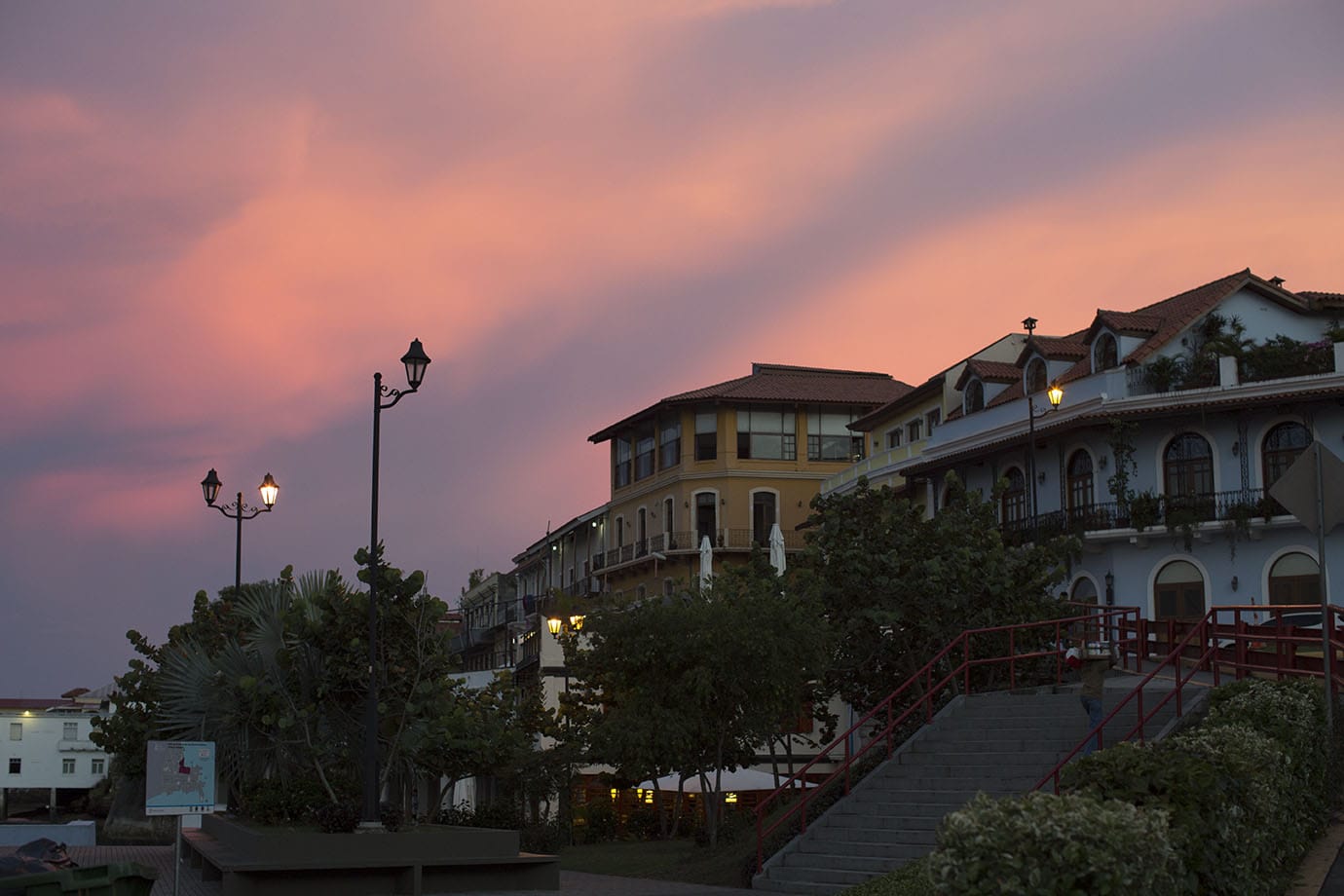 Panama City is quite a venture from the rest of Central America. It is fast paced, but not in a winding chicken bus kind of way. In a high fashion, fancy cocktails kind of way. You can tell that there are some high rollers here (present company not included).

But we did manage to have a couple of really nice dinners and *gasp* – a nice bottle of wine! There are a lot of restaurants to chose from, all of a higher caliber than anywhere else we visited in Central America.

The day we arrived, we walked from the more modern end of the seawall all the way to the old quarter. It was quite a haul in the mid-day sun – and we noticed that most people were hidden away in the shade or nowhere to be seen. 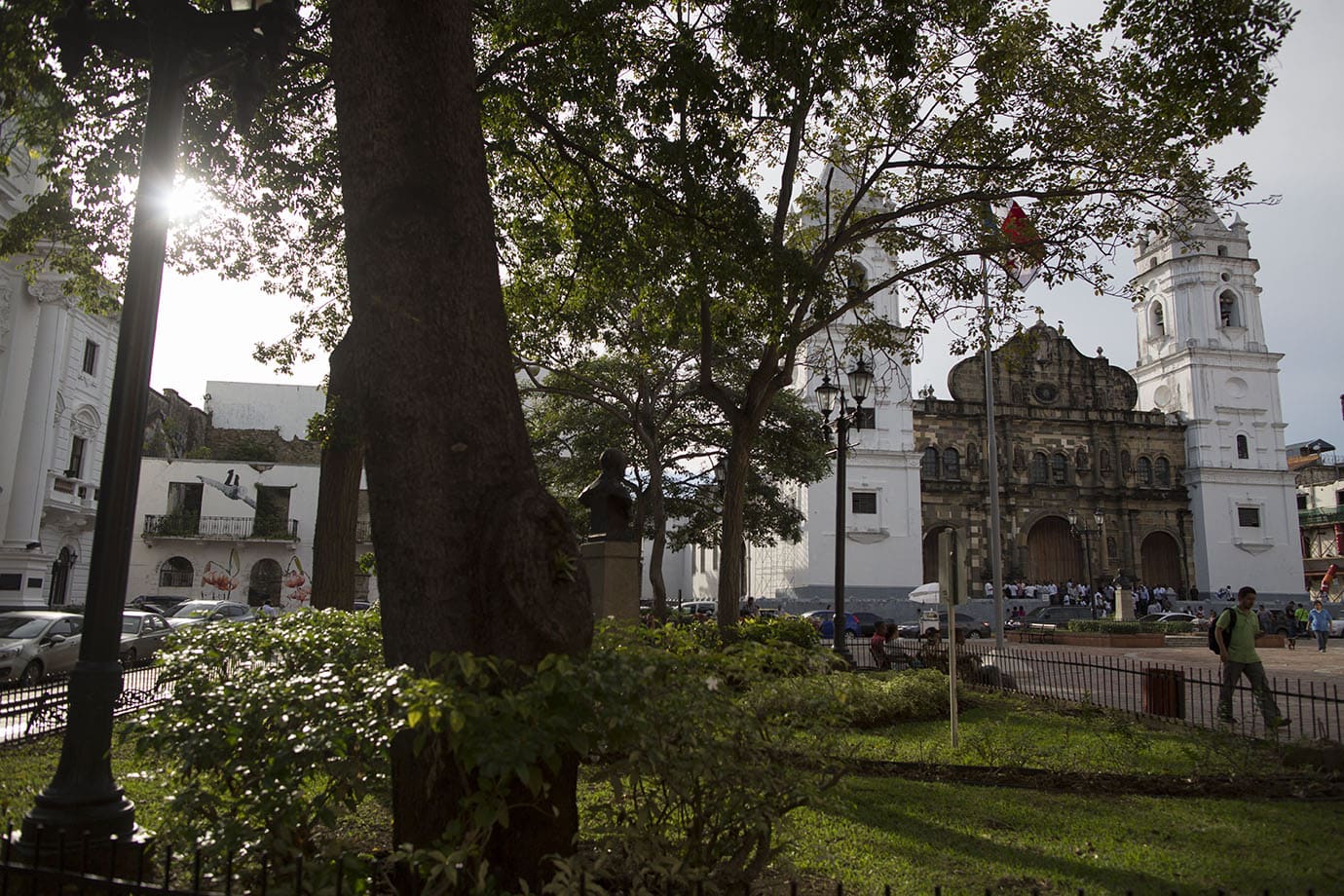 Us silly foreigners made it all the way, however, and what a treat it was get to the old town! The buildings could not be in stronger contrast to the skyscrapers across the water. We stopped for a beer at El Rana Dorada, which had come highly recommend to us. We sampled some tasty lagers and stouts, all just in time to catch the happy hour special.

I could have spent a lot more time (and money) in Panama City, but alas, the trip was coming to a close. We toasted to all the beauty, realness and stark contrasts we saw in Central America. Each country was so unique, but there is a warmth that draws it all together and makes it whole.

Seeing Panama through the eyes of the Brit

There’s not a lot to do in Bocas del Toro. In a lot of places this would be a major problem, but not in Bocas. Here, doing nothing is pretty idyllic. All you have to do is sit back, relax and enjoy the ride.

Bocas del Toro is a cluster of islands situated off the Caribbean coast of Panama, quite near to Costa Rica, and when we say there’s not a lot to do here, we really mean it. But with beautiful beaches, isolated islands and a cool Caribbean vibe, what’s not to love about Bocas? 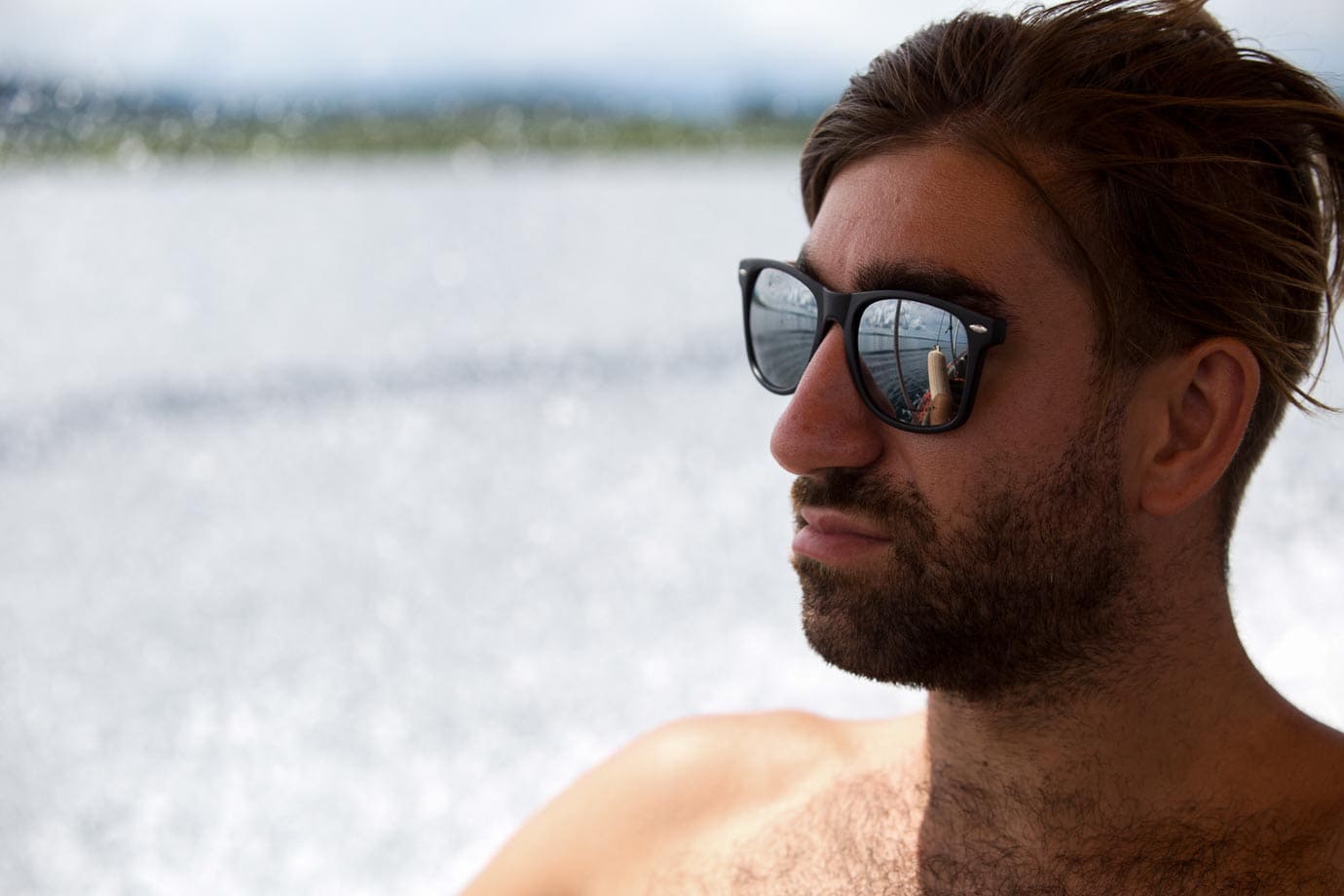 I’ll be the first to admit, I’m not one for lying on the beach, passing the time with a book in one hand and a beer in the other. Don’t get me wrong, I enjoy it for an hour or two, but then I get restless. However, usually where there’s a beach, there’s diving, and that gives me my adventure activity with doing a whole lot of nothing for a few hours inbetween. Purrfect.

So, as soon as I arrived in Bocas del Toro I scoped out all the dive shops to see which one I wanted to dive with.

In the end I settled for Bocas Dive Center as I really liked the look of the dive sites they were going to, so the next morning at 8am I found myself standing on the end of a pier loading all our dive equipment into a little dinghy to take us out to our boat for the day.

That day we dived at Hospital Point and G Spot, and as with all diving days, it was very relaxed with some really good aquatic life to see. While the diving isn’t renowned on the Caribbean coast, I was actually surprised at how much there was to see, and there are some really cool wrecks around Bocas del Toro that are great dive sites.

One of the best things about diving is it’s not just the time under the water that’s great, but the time spent on it too, and zooming around from dive site to dive site gave a sense of perspective at how many different islands make up Bocas del Toro. 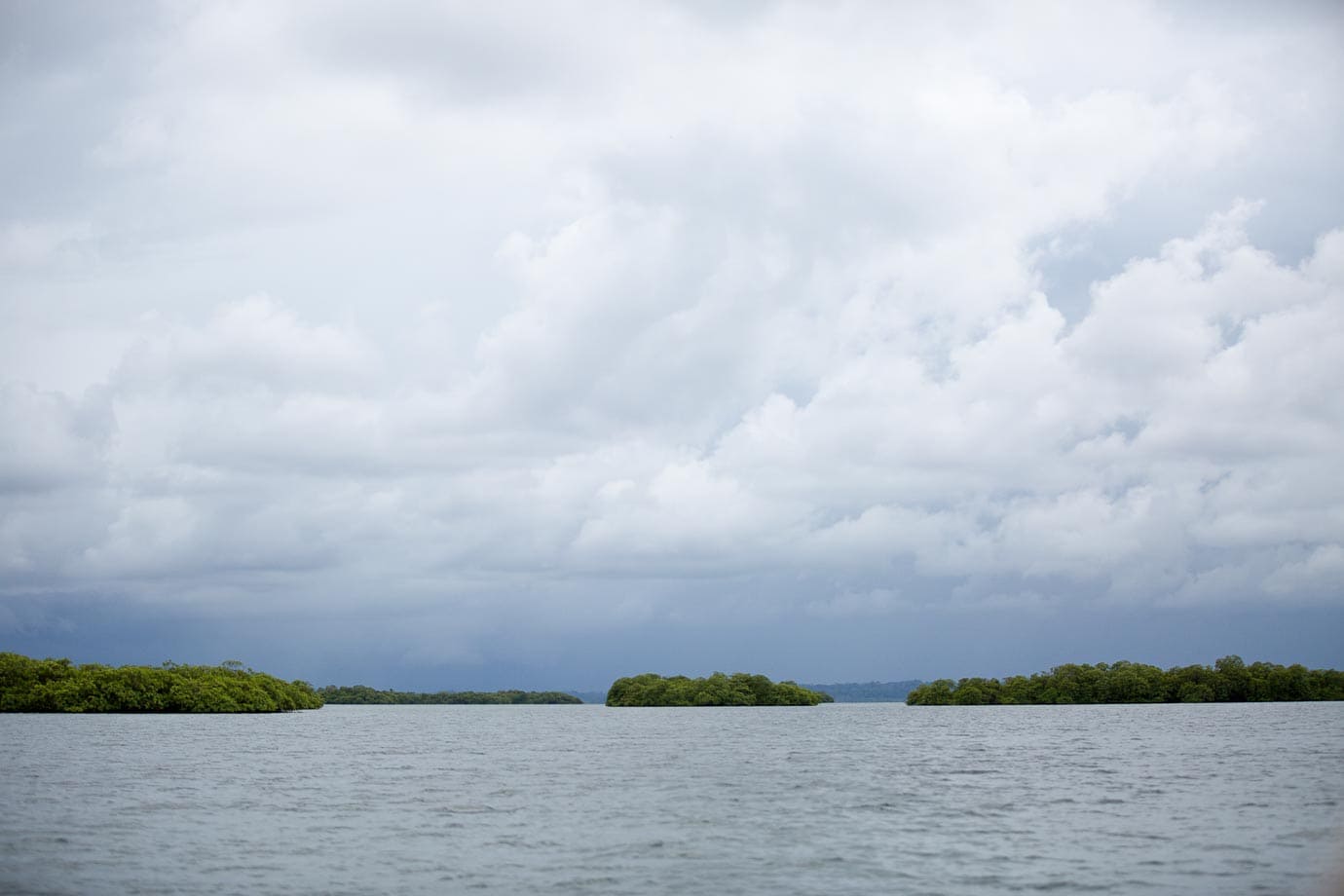 The main thing the three of us did while at Bocas del Toro was take one of the island tours of offer (which Brianna talks all about).

When you’re walking around, there are loads of little agencies on the streets offering different day tours to some of the islands dotted around, and after speaking to a few we went for one of the quieter tours.

Being in a small boat, the first place we visited was the mangroves. After winding our way through a few of the seemingly random paths that cut through these eerie trees that grow out of the water, we popped out into a large lagoon where we almost instantly came across a small pod of dolphins playing around. The moment was made all the more special by the fact that it was the first time Brianna had seen dolphins!

From there, we went to a few of the islands, and they really were idyllic. With golden sands and virtually no people on them, you almost have the place to yourself, and on Island Zapatilla I took an hour to walk around with nothing but a few palm trees to my left and the sound of the waves on my right. 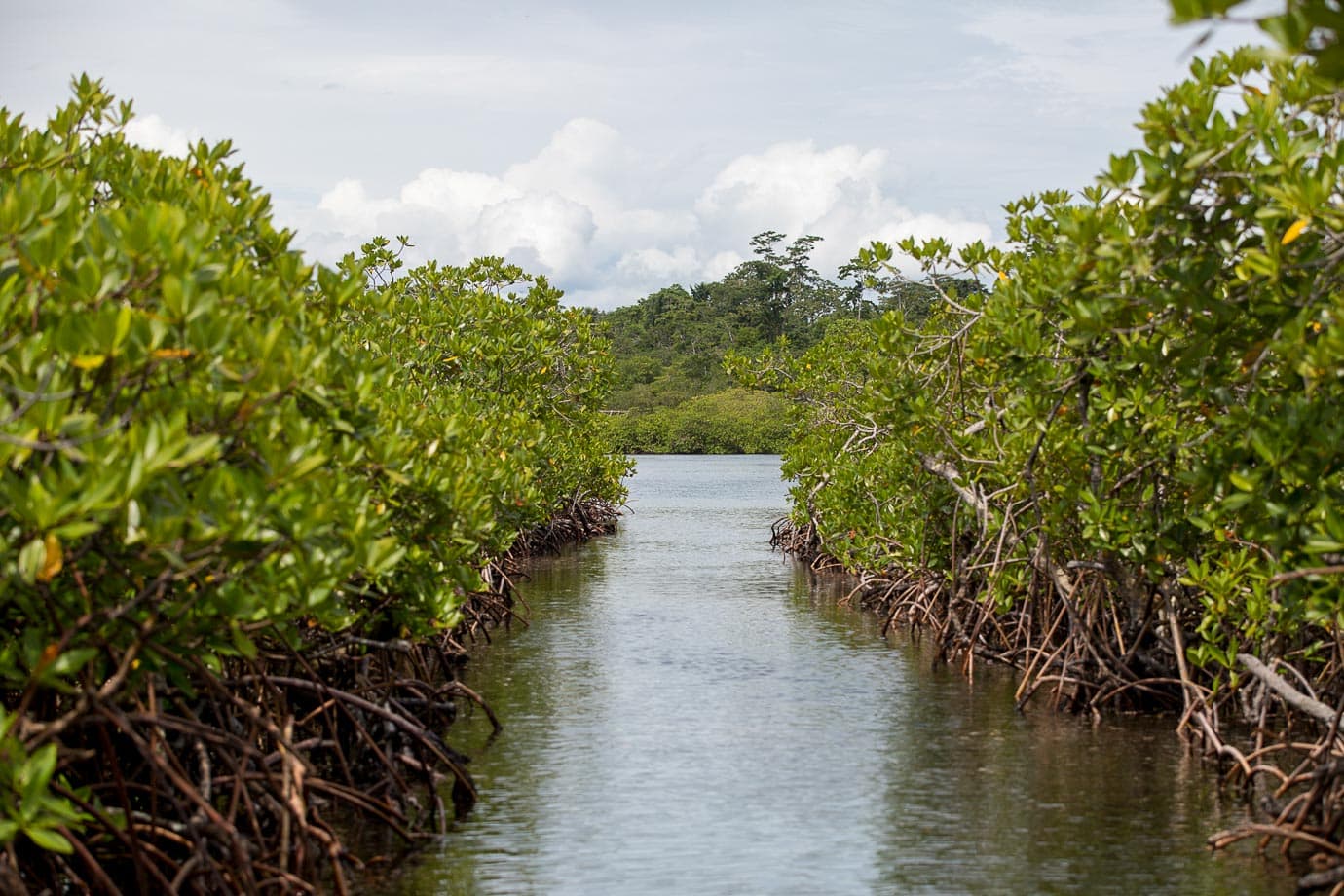 Leaving behind the islands of Bocas del Toro, we travelled 12 hours down to Panama City, the glitzy capital of Panama.

This place has been dubbed the Miami of Central America, and after taking one look at the skyline it is easy to understand why. 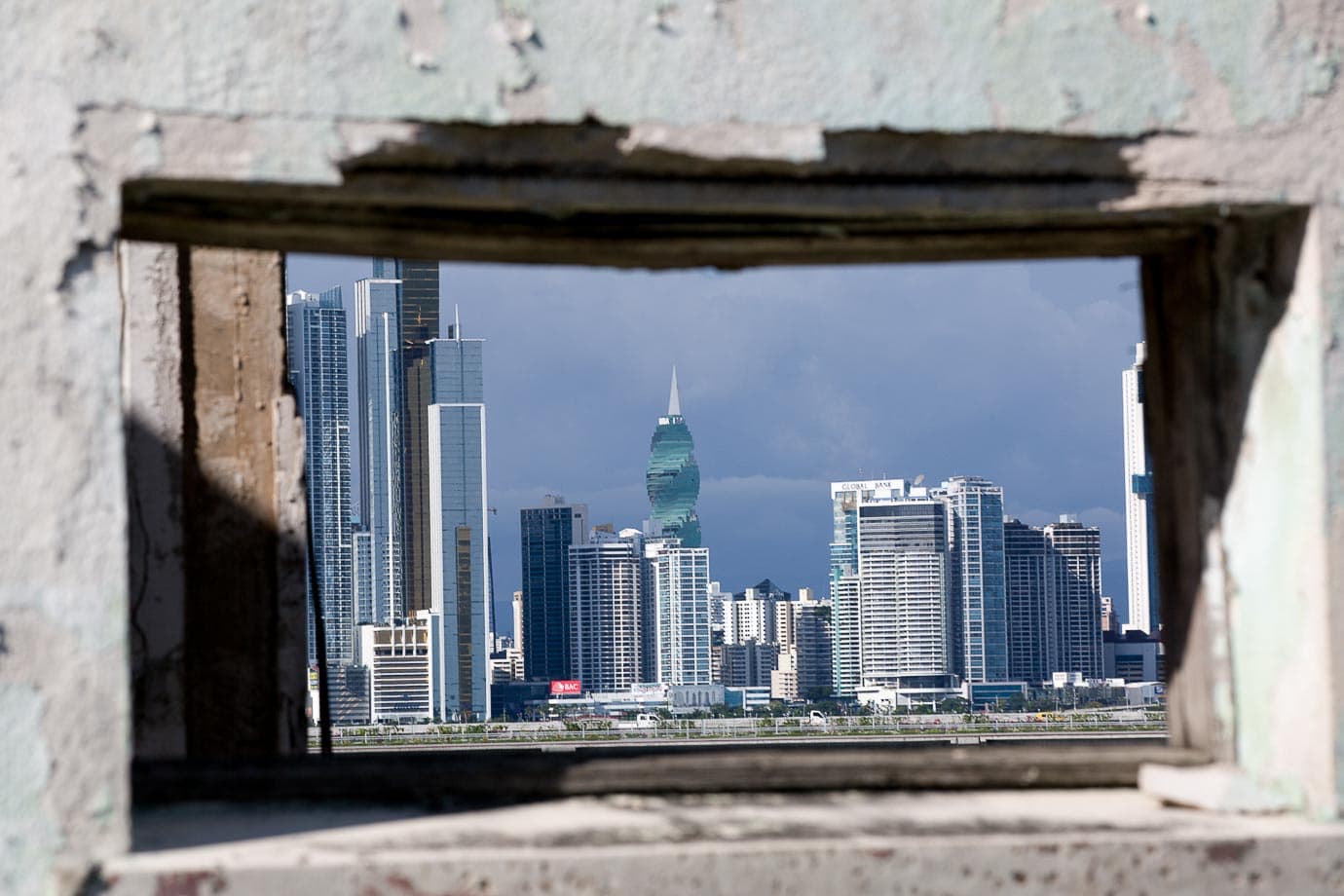 The three of us based ourselves in Casco Viejo, the Old Quarter, and from there we ventured into the different parts of the city.

Walking inbetween the city’s skyscrapers, it is easy to lose focus of that fact that you’re in Central America at all, but then you being to notice things. The sweltering heat, little stalls selling street food, Panama hats and cigars. All of this blends in to create an incredibly unique city, one very different to all others we visited.

Genuinely one of my favourite moments in Panama City was in the back of a taxi. The road system is notorious, and wherever you’re going in the city, even if it’s only a short 10-minute ride, it takes forever. That’s why each taxi is fitted out with a DVD player blasting out some loud Latino music, so all you can do is take in the scenery slowly changing while dancing to some Mark Antony and Romeo Santos.

By night, Casco Viejo comes to life. It’s full of trendy bars and restaurants, and as it was our final few days together it was nice to get dressed up and go out in style. 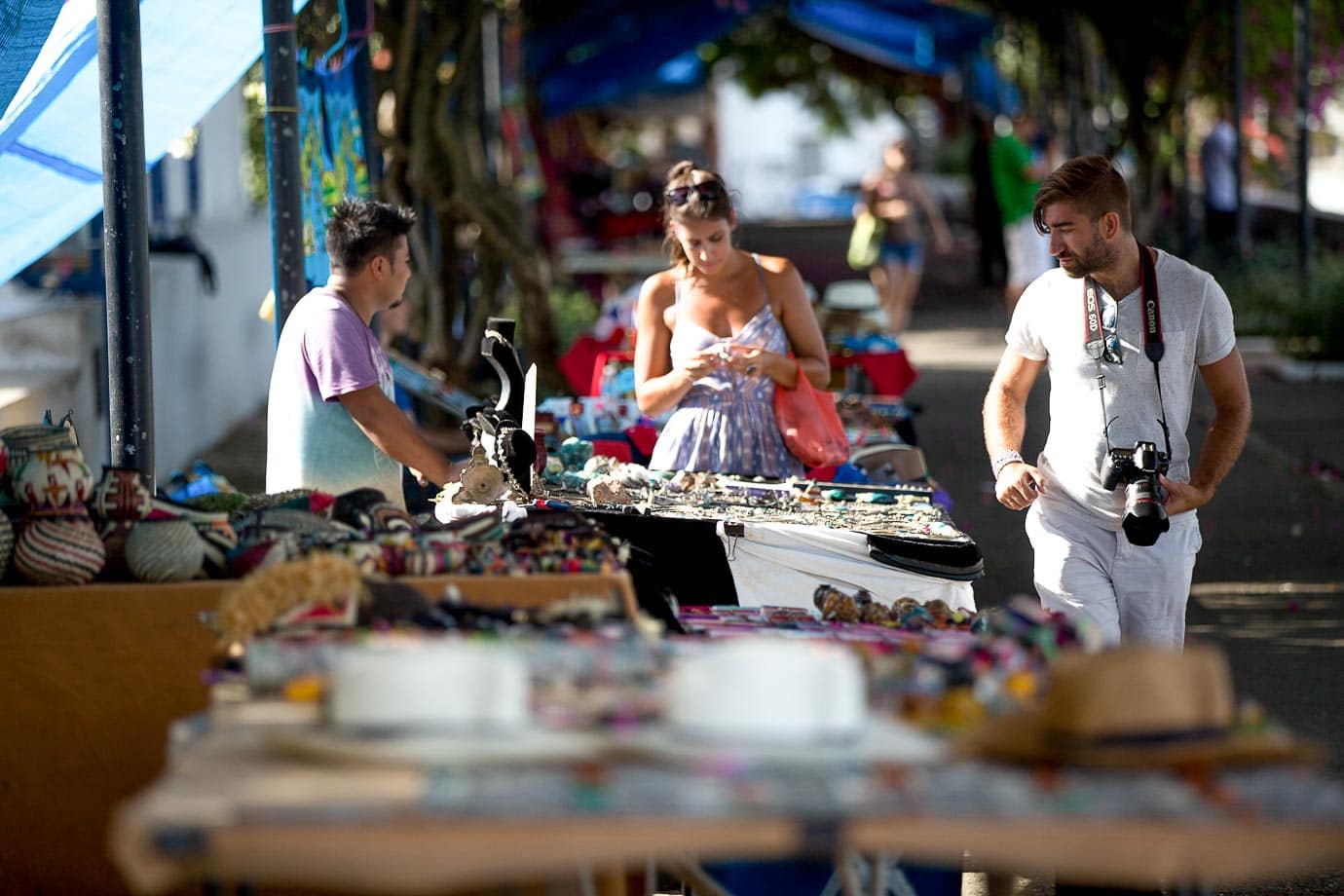 Panama City reached a significant milestone for us. It was the end of our trip.

After spending nearly three months together shooting every day for An Adventurous World, Brianna was flying back to Vancouver.

On our final day together, the three of us shared a moment over a few beers, talking about what we’d seen and done together, what we’d achieved, and even though we all knew it was the end of this trip, it was only the beginning for An Adventurous World. The three of us knew we’d travel again in the not too distant future…