It’s time for that age old debate – what is the difference between tourist and traveller? For me, it all comes down to one very important thing. 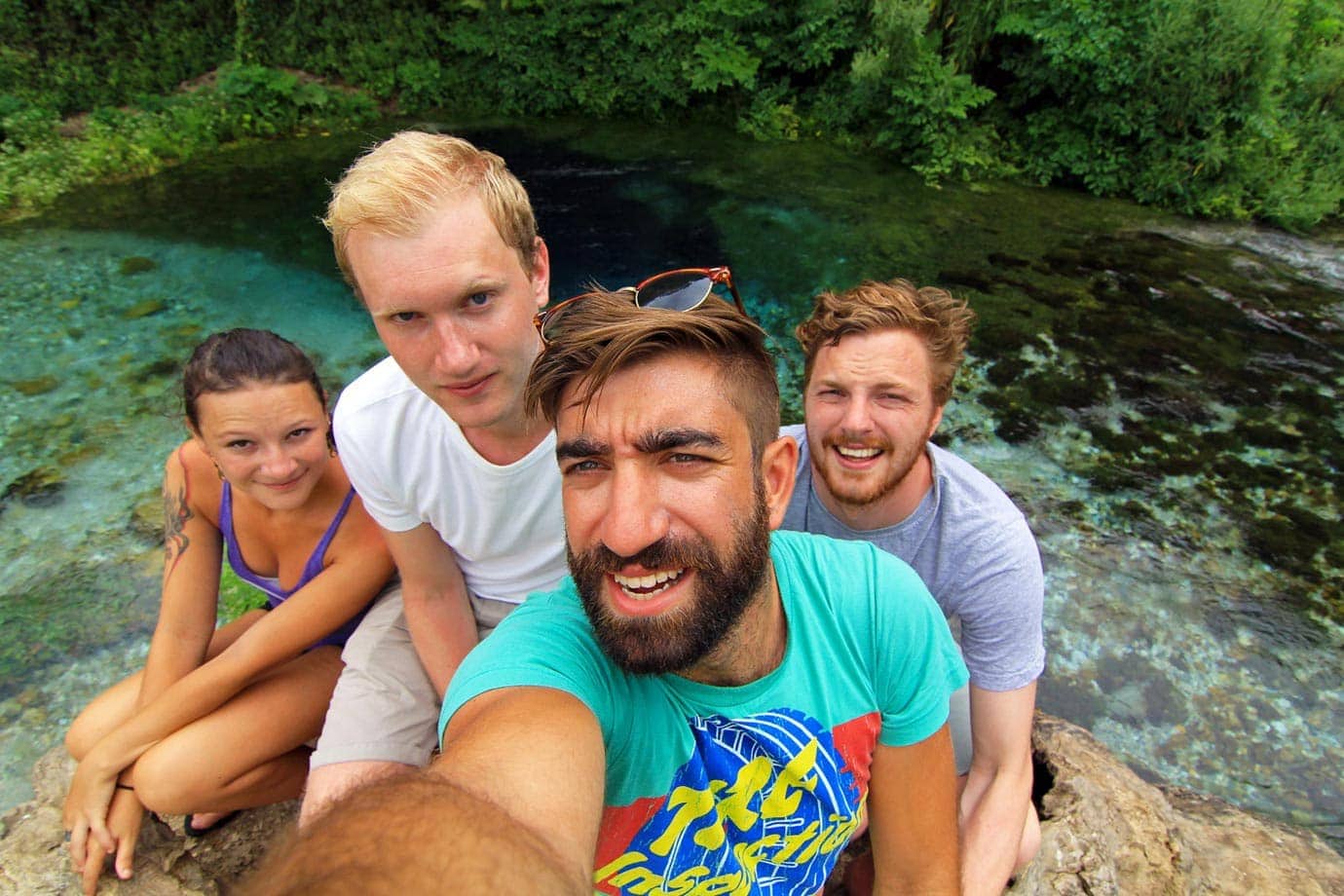 Tourist vs traveller. Is there any real difference between the two? Does it really matter? And why do people care?

I don’t know why, but arguing the difference between tourist and traveller is something that happens a lot more than you’d think when backpacking and travelling.

Everyone’s got an opinion on this one, and after years of being on the road myself, I thought I’d finally break my silence and wade into the debate. I’ve always found this such an interesting topic, and I’m really interested to hear what you guys think too.

Quoting Alex Garland, author of The Beach, he said:

I had ambiguous feelings about the difference between tourists and travelers – the problem being that the more I traveled, the smaller the differences became. But the one difference I could still latch on to was that tourists went on holidays while travelers did something else. They traveled. 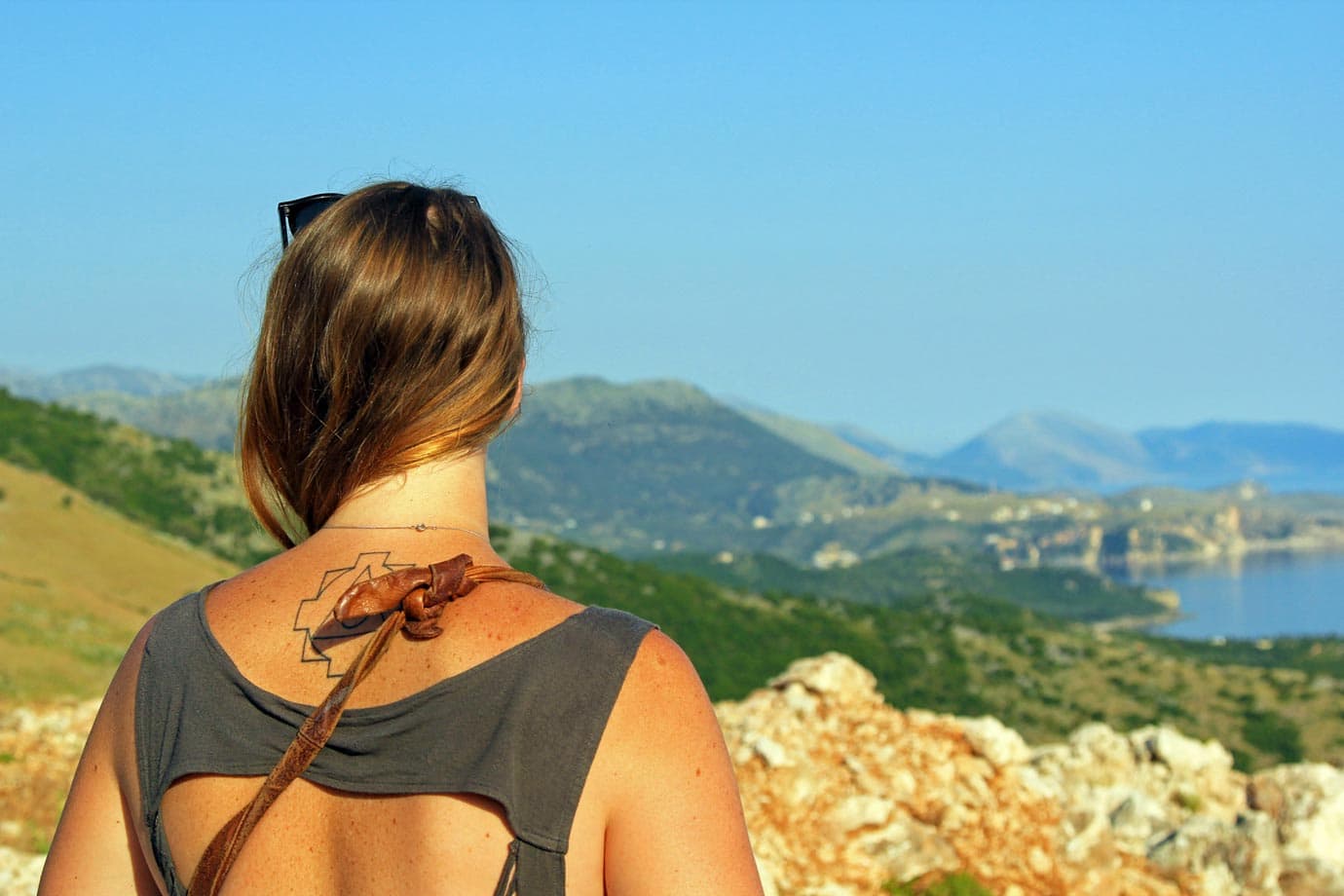 Tourist vs traveller – is there any difference?

The way I travel is I completely immerse myself in a country and a new culture. I make the effort to learn as much of the language as I can, I speak to the local people and ask about their background, the local history, the local politics. I try and leave as good of an impression of myself and the country I come from as possible while not being quick to judge theirs.

It’s a pretty broad brush to tarnish all tourists with by saying they don’t care, but I just don’t think a lot of them do. 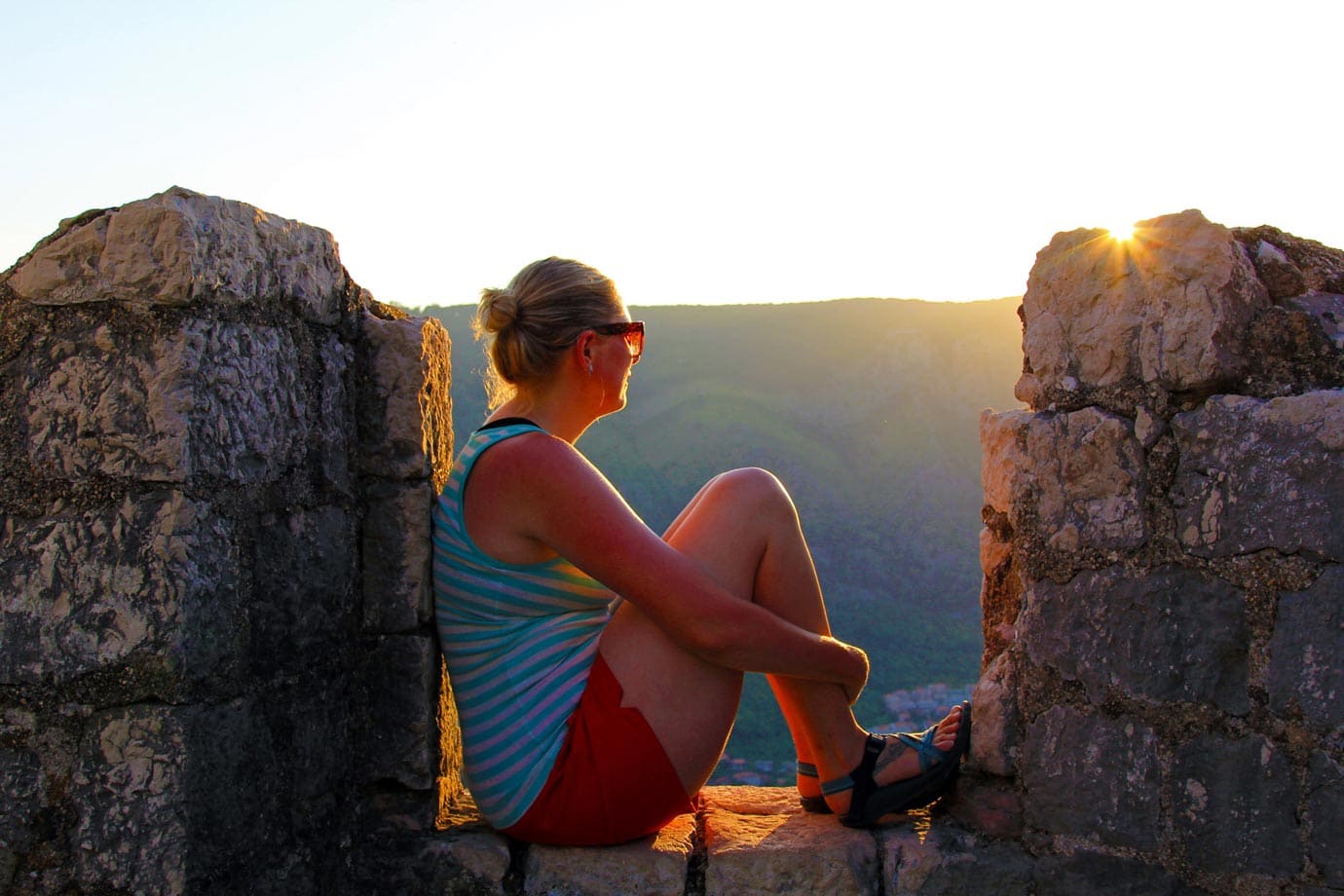 Is there really a difference between a tourist or traveller though?

This isn’t some pretentious middle class debate, and this isn’t travel snobbery.

I, personally, do think there is a difference between travellers and tourists (unlike a lot of people out there).

Gary Arndt from Everything Everywhere, one of the biggest professional travel bloggers out there, once responded to the same question stating:

There is no difference. It is a distinction used by pretentious people to make themselves feel superior to others. To the locals, no matter how long you’ve been traveling or whatever your mindset is, you are still a tourist. After two years on the road, I’m still a tourist when I show up somewhere new.

This isn’t about feeling superior to anyone. I actually agree; travellers often get high and mighty about being a ‘traveller’, and to a degree this itself is anti-travelling.

However, if there is a difference between travellers and tourists, then it is down to personal perspective, what the individual thinks. Obviously this is my opinion, this is what I believe.

Travelling is such a personal experience, so what other people do, what they see, where they go, it shouldn’t affect what you do or how you feel about travelling. So long as they care. 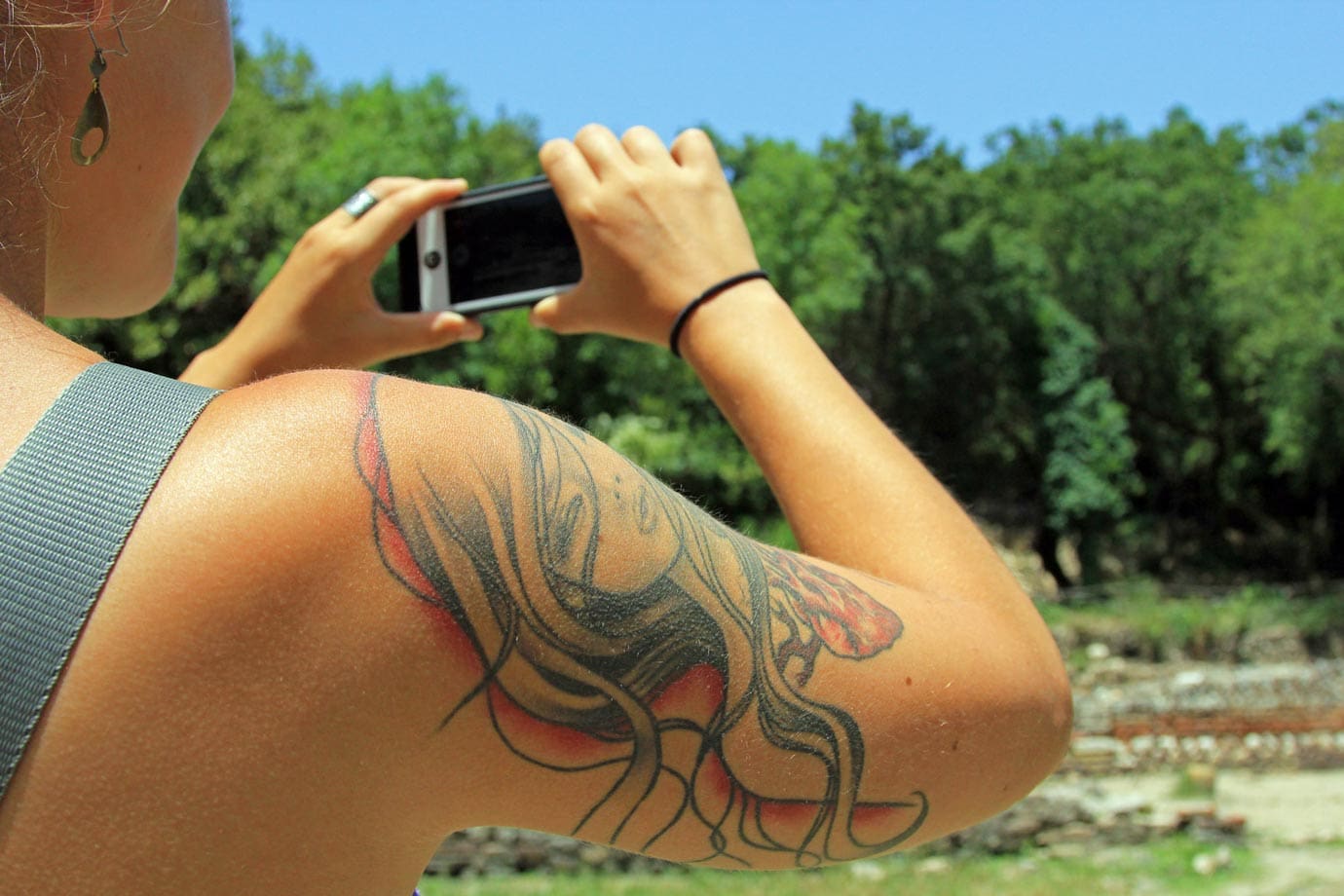 For me, it all boils down to one thing; travellers care

Tourist and traveller difference: My life as a traveller

As I write this I have just come from the beautiful and historic town of Kotor on the coast of Montenegro. It’s a place teeming with tourists and travelers alike. 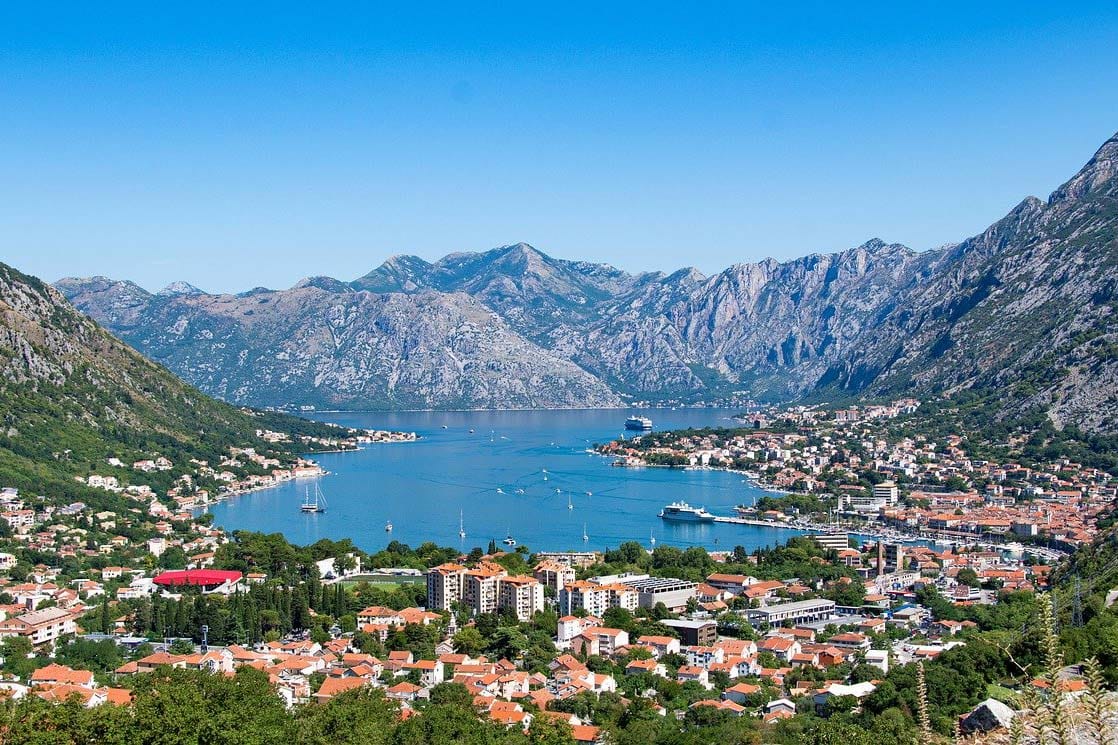 The town is so small I feel I could kick a football over its walls, yet every single day a new cruise ship moors up and thousands of passengers swarm within the walls, cluttering and clogging up the small side streets of Old Town.

At one restaurant I asked the waiter what he thought of the cruise ship passengers. He said: “They do nothing for the restaurant culture in Kotor. 99% of passengers have already eaten before they’ve left the ship, and they are all told to carry water with them, so they are not interested in restaurants. If anything, the large groups of them walking around Old Town put people off from dining outside.”

Walking around, you will see clusters of passengers all with a guide from the ship. They don’t use local transport, they don’t interact with the local people, and they rarely spend anything of notable worth. All in all, they just don’t care.

Kotor in the early morning and evening is a completely different place compared to the afternoon. Without the tourists, it is tranquil and charming. With them, it is something else entirely. I know which one I prefer. 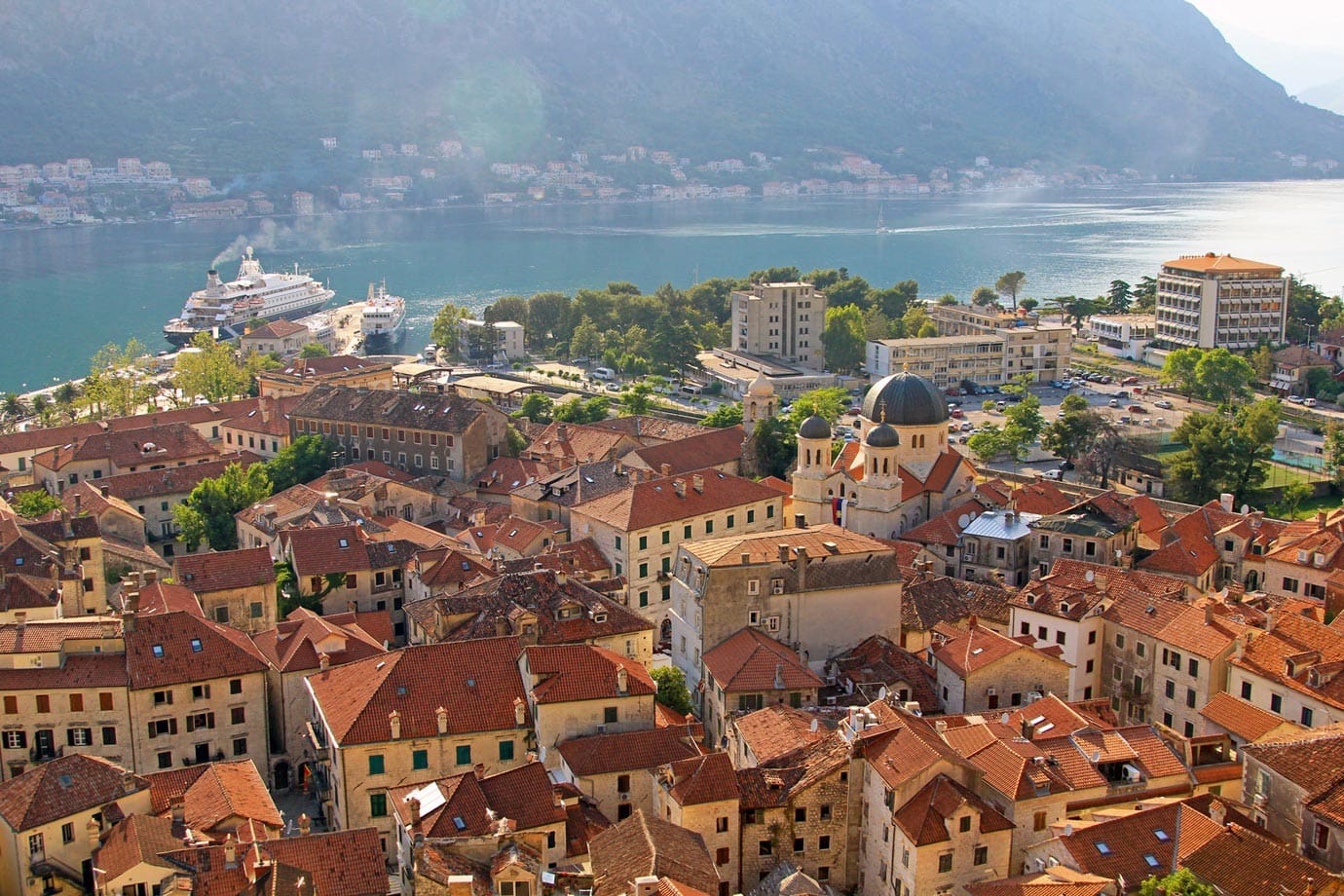 Cruise ships spew out pollution in the beautiful Bay of Kotor

The real impact of tourists

One night, after everything had closed down, including all the bars, I found a group of locals celebrating the opening of a new shop.

Confident on rakia, the local fiery spirit, I finally asked them what they all thought of the type of tourists Kotor attracted.

One guy, Nikola, said: “They do more harm than good, but it is not their fault, it is the local council’s for allowing them to come in the first place.

“10 years ago, we were all happy. Everyone stayed up late and interacted with each other; a part of that culture has died.

“The local council was only interested in making money, and then the cruise ships came.”

According to local fisherman, fish stocks and with it their way of life and earning a living are down 10 times than what they were just a few years ago.

Also, a particular type of fish has become so rare it is thought to be extinct. It doesn’t take much to deduce the correlation coinciding with the arrival of the cruise ships and the pollution they bring, both in the forms of human pollution and environmental pollution.

This is a problem for both travelers and tourists. 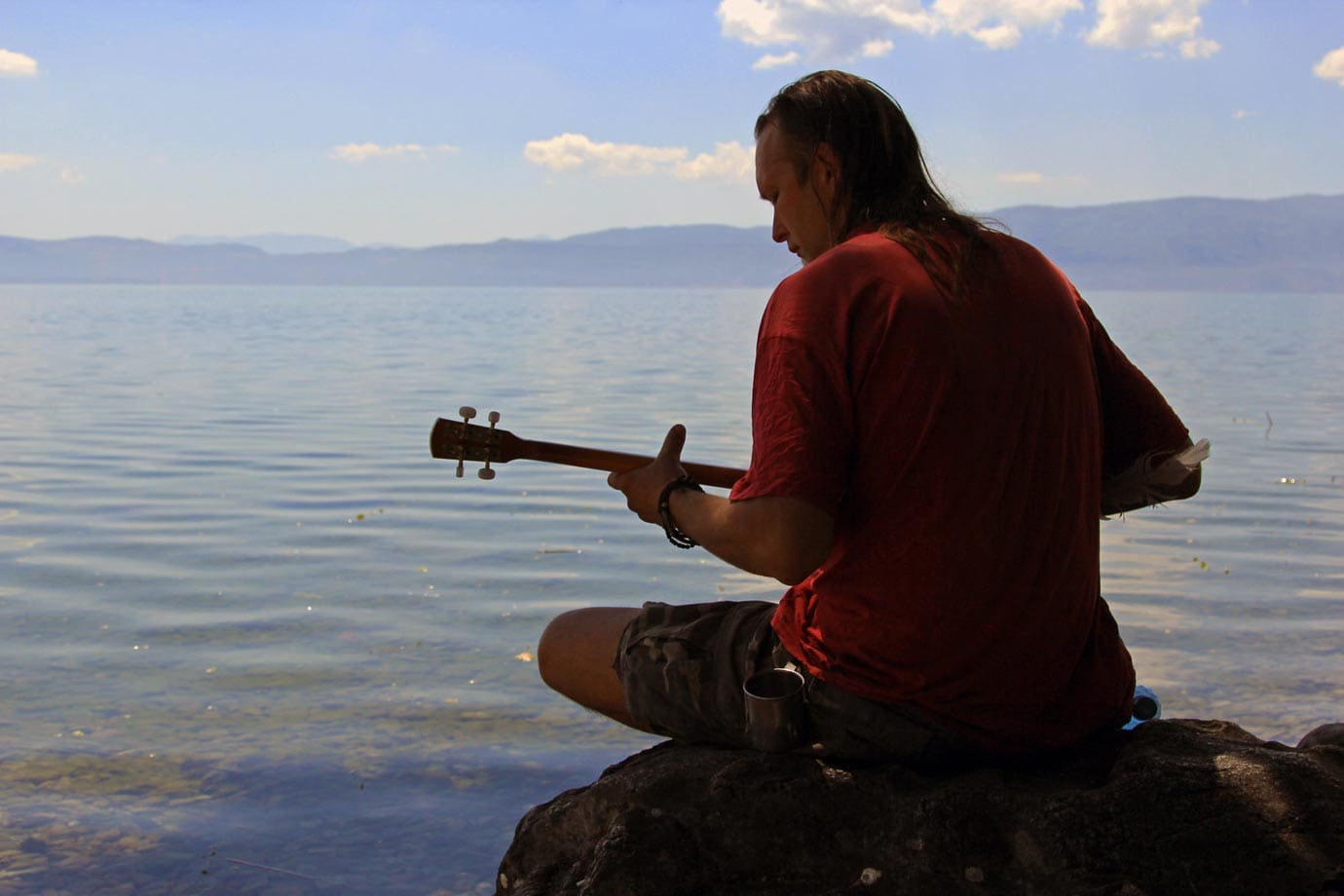 So what are you, a tourist or a traveller?

If there’s one quote to sum all of this up, it’s this one by Andrew Zimmern, a famous food writer:

Please be a traveler, not a tourist. Try new things, meet new people, and look beyond what’s right in front of you. Those are the keys to understanding this amazing world we live in.

Perhaps the hardest thing to deal with is as travellers there is very little we can do about tourists.

I guess the only thing we can do is to keep on being ourselves, to keep on travelling, to keep on caring. Or maybe it just doesn’t matter…

What do you think is the difference between a tourist and a traveller? I would love to hear your opinion so make sure you let me know in the comments below. 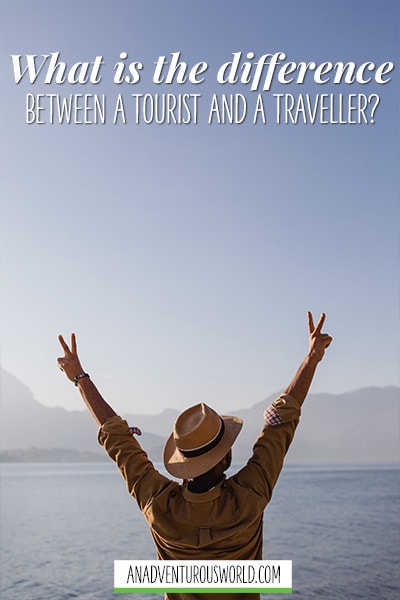 'Tourist' comes from the word 'tour' which is something which is organised. Package holidays and excursions are for 'tourists', where meals are provided for, or a local representative is available 24/7. A traveller is willing to step outside of his/her comfort zone and to immerse themselves in a different culture. Mass tourism (there's that word again) has a negative impact on it's environment and very often no positive impact at all (think Venice for example), whereas travellers contribute more to local economies by eating at local restaurants and staying at independent hotels. As author Robert Louis Stevenson once said... “I travel not to go anywhere, but to go. I travel for travel's sake. The great affair is to move.” Travellers love the feel of motion under their feet. Tourists can't wait to arrive at their destination.

Ah Scott, you've nailed it. I couldn't have said it better myself. Thanks for the comment - I really appreciate it!

I love the quote from Gary Arndt. If we venture outside of our hometown, we are essentially "tourists" at some point - whether we like to admit it or not! I always ask why are things "travellers" value automatically "better" than what "tourists" do? There are lots of overlaps and I believe we shouldn't have to be defined as one or the other. Thanks for sharing your views on this topic!

Oh I agree with you. I was being extremely facetious when I wrote this post (a couple of years ago now!) There's such blurred lines between being a traveller and a tourist and I think fundamentally they're the same thing. Expanding on your point, you get just as many annoying travellers as you do tourists! Always a good debate though!

"There is no difference. It is a distinction used by pretentious people to make themselves feel superior to others." I don't think that tourist is something humiliating. It is just two different meanings of the describing of someone who is going to the different city, country, anywhere. You may feel the difference only in the comfort that someone has and another refuses.

Yeah, safe to say we agree with this one completely! As mentioned, we feel this is perfectly summed up in "The Beach" by Alex Garland. Always an interesting debate though!

Kudos to a nicely written article. I agree with you that there are differences between travelers and tourists. But I don't think that these differences are as clear cut, black and white. There are tourists who care, and travelers who don't. There are many 'travelers' here in Southeast Asia who come to get drunk, and have 'tourist' mentality you've described. I've been traveling for over 10 years and lived in many countries; I enjoyed learning about new culture, picking up new languages, and growing with each experience. I don't think I'm a tourist, but I'm not a traveler either, as 'travel' connotes a destination.

Thanks for the comment Noel; I really appreciate it. I completely agree with you and it is not clear cut black and white. At the end of the day, we're all people doing the same thing, we're all trying to see a country in our own way. It doesn't really matter whether that's for a few days, a few weeks or a few years, as long as we're doing it, you know?

Yes this is your opinion and of course your entitled to it, but Gary is right. Here is the problem; you say your are not pretentious but you certainly sound pretentious.

To be pretentious is to make a claim or put on an act to:

A) Fit into a group.

B) Appear "better" than you are or than others.

So you are a "traveler" not a "tourist" and travelers "care" and tourists don't. Kind of nails the definition, doesn't it?

Fair play Rob! I can't really argue with that definition. I really didn't mean to come across as being pretentious; it was just a point of view that I wanted to express and to spark (another) debate. This is a subject that is quite close to my heart and I have found people's comments fascinating. At the end of the day, there really isn't much difference between the two. As long as people are travelling and they are enjoying it, who's to say they're one thing over the other.