A 5,400% mark-up on tourist tickets? Be prepared to pay through the nose for some of these tourist attractions around the world!

I remember standing outside the Taj Mahal in 2009 shocked at the difference in entry price between locals and tourists. For locals, a ticket cost £0.50; for me, it cost £12.

Now, I know we’re not talking about huge sums of money here. £12 to see one of the ‘New Seven Wonders of the World’, a place that tops lots of people’s bucket lists, but when I was travelling throughout India I was living on an absolute budget and £12 was a lot for me.

It’s hard to describe but I felt such an injustice at being a foreigner, and I was so close to boycotting the Taj Mahal. Coming from a rich western society, it obviously didn’t affect me too much, but I couldn’t help but think at how unfair it was for people from poorer countries who couldn’t afford the huge hike in price.

Ever since then I’ve come across a fair few other tourist attractions that have a huge difference in price between locals and tourists, so I thought I’d give you the heads up so you’re aware before your trip!

Petra is without a doubt one of the most beautiful places I’ve ever been to, but unless you’re a local resident living in Jordan or from one of the surrounding Arabic countries it is eye-wateringly expensive. Locals pay just a £1, foreigners pay £54. That’s a mark-up price of 5,400%. Also, a lot of Israeli’s will make the two-hour journey from Eilat, see Petra in a day, and then return to Israel again. For these guys a ticket to Petra costs £97. Ouch. 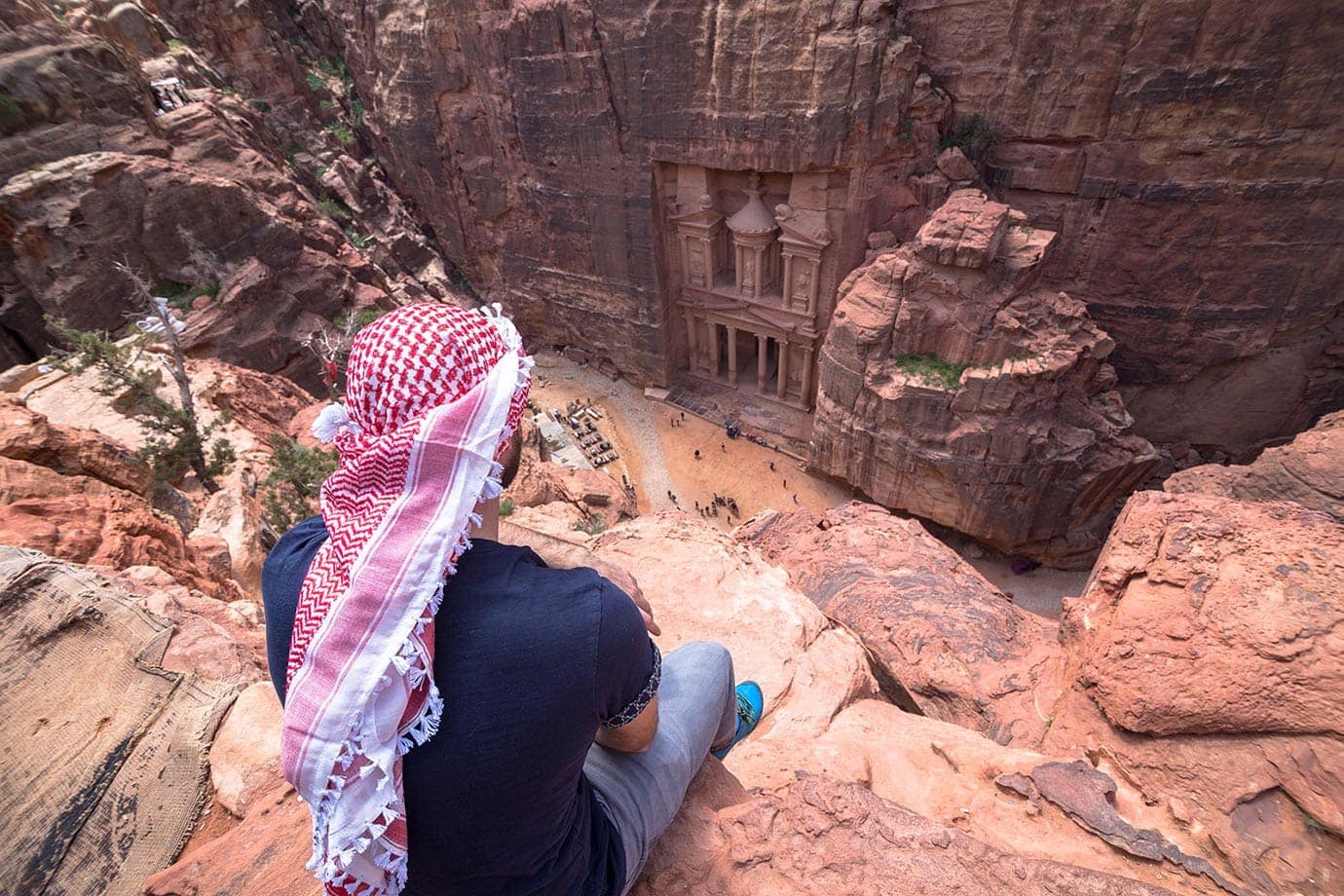 One of the major draws to Peru is the ancient city of Machu Picchu tucked up in the mountains. When I visited Machu Picchu, I couldn’t’ believe how hidden from view it was – it’s no wonder it was only rediscovered in 1911! Comparatively speaking, a ticket to Machu Picchu isn’t that expensive at £36 but it really helps having a guide to show you around and explain the history which obviously costs a fair bit more. As a price guide a two-day private tour costs about $140. 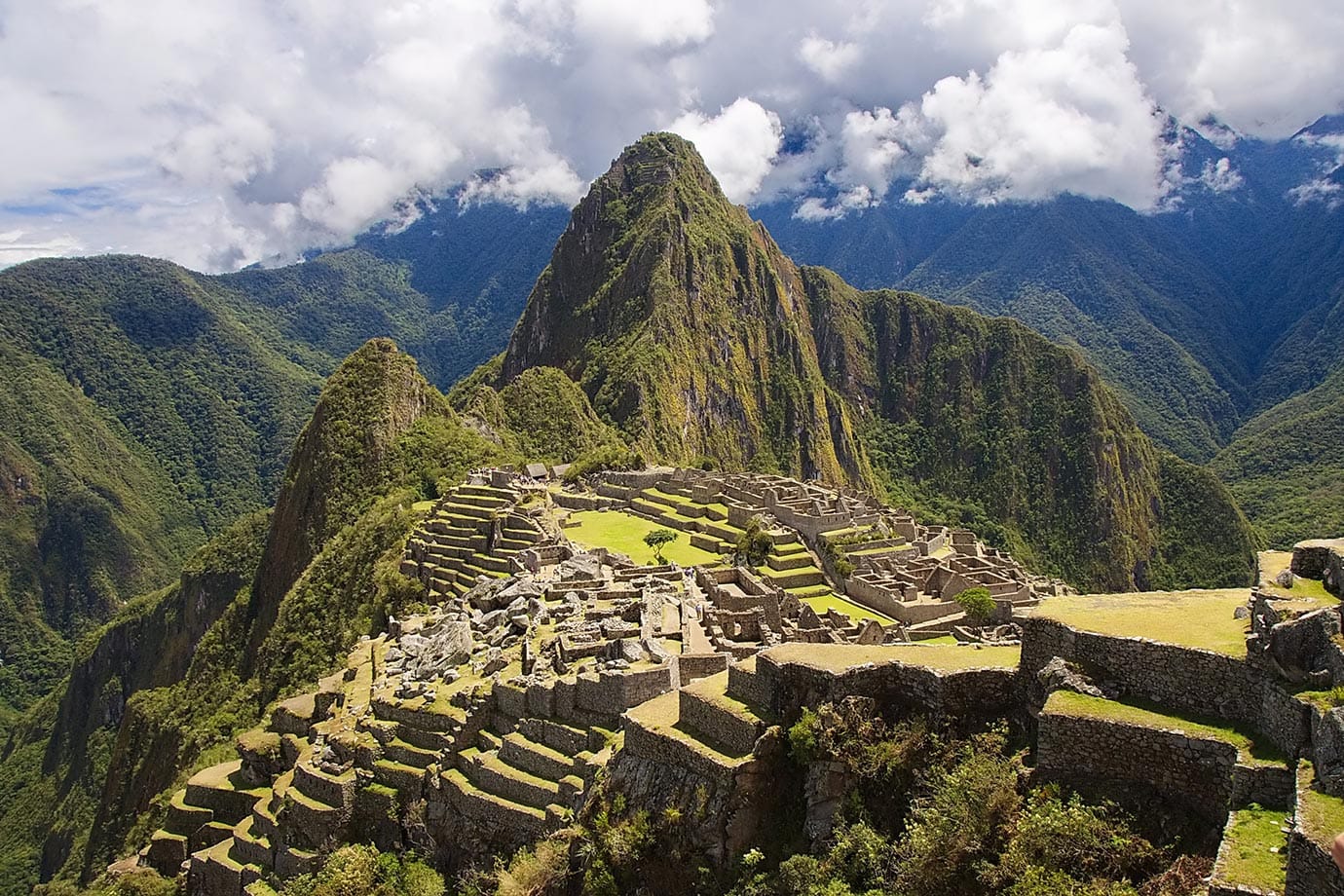 Considering the average salary for a Cambodian is about $300 per month, it’s understandable that they shouldn’t have to pay to visit Angkor Wat. And to be honest with you, I really don’t mind the price difference here either. It is only when you travel through Cambodia that you understand how poor the country is, and Angkor Wat really does boost the GDP and the economy. Also, Angkor Wat is such a large tourist attraction it’s really worth buying a two-day ticket to do the place justice! 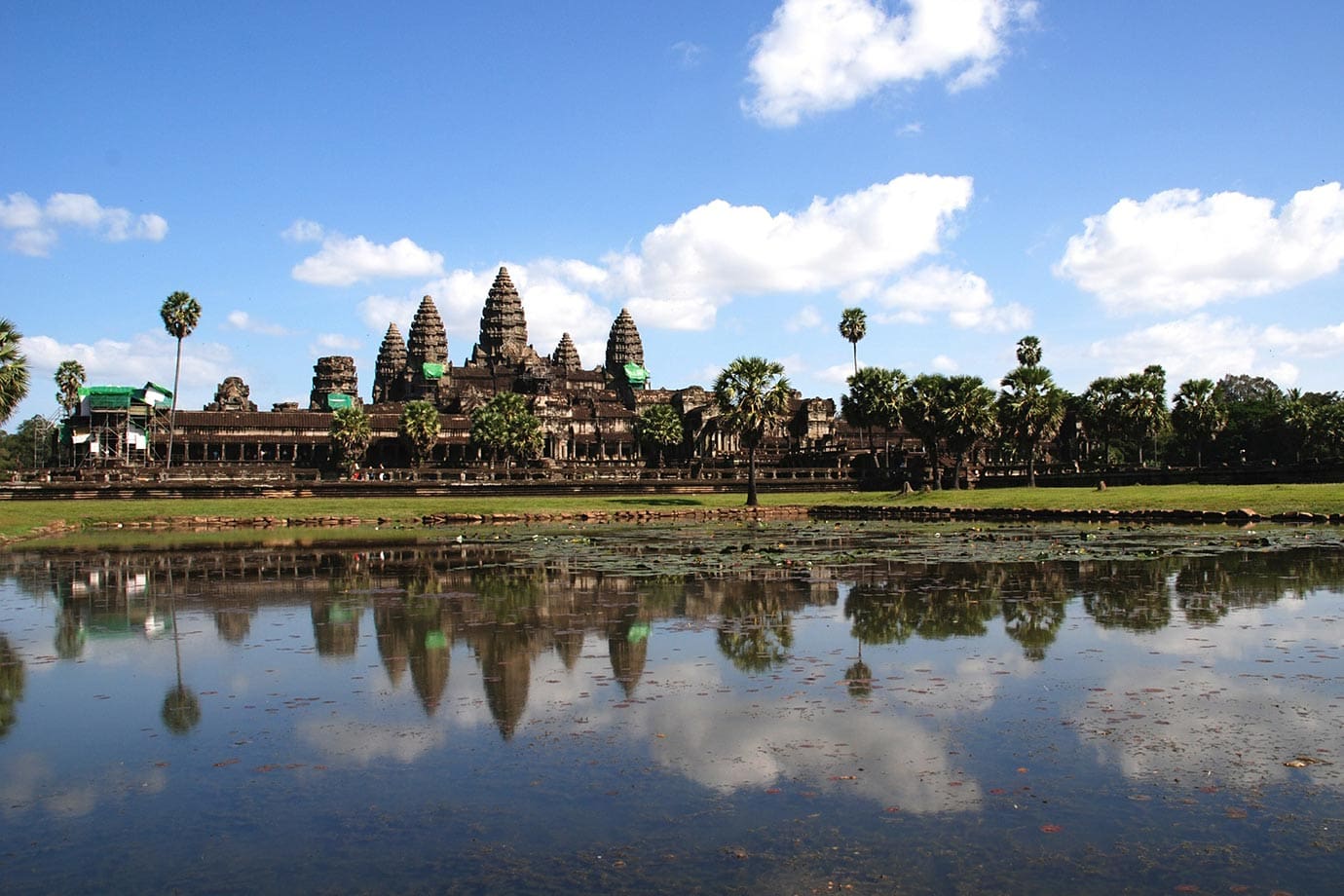 One of my highlights on my trip to Indonesia last year was watching sunrise at Borobudur. If there’s ever a time to wake up at 4am to hike to the top of a temple, this is it. However, there’s a huge hike in price between locals and foreigners (just the 1,167% increase here). To make things cheaper for yourself you can buy a combo ticket to see both Borobudur and Prambanan for £24 and this works out as much more economical. 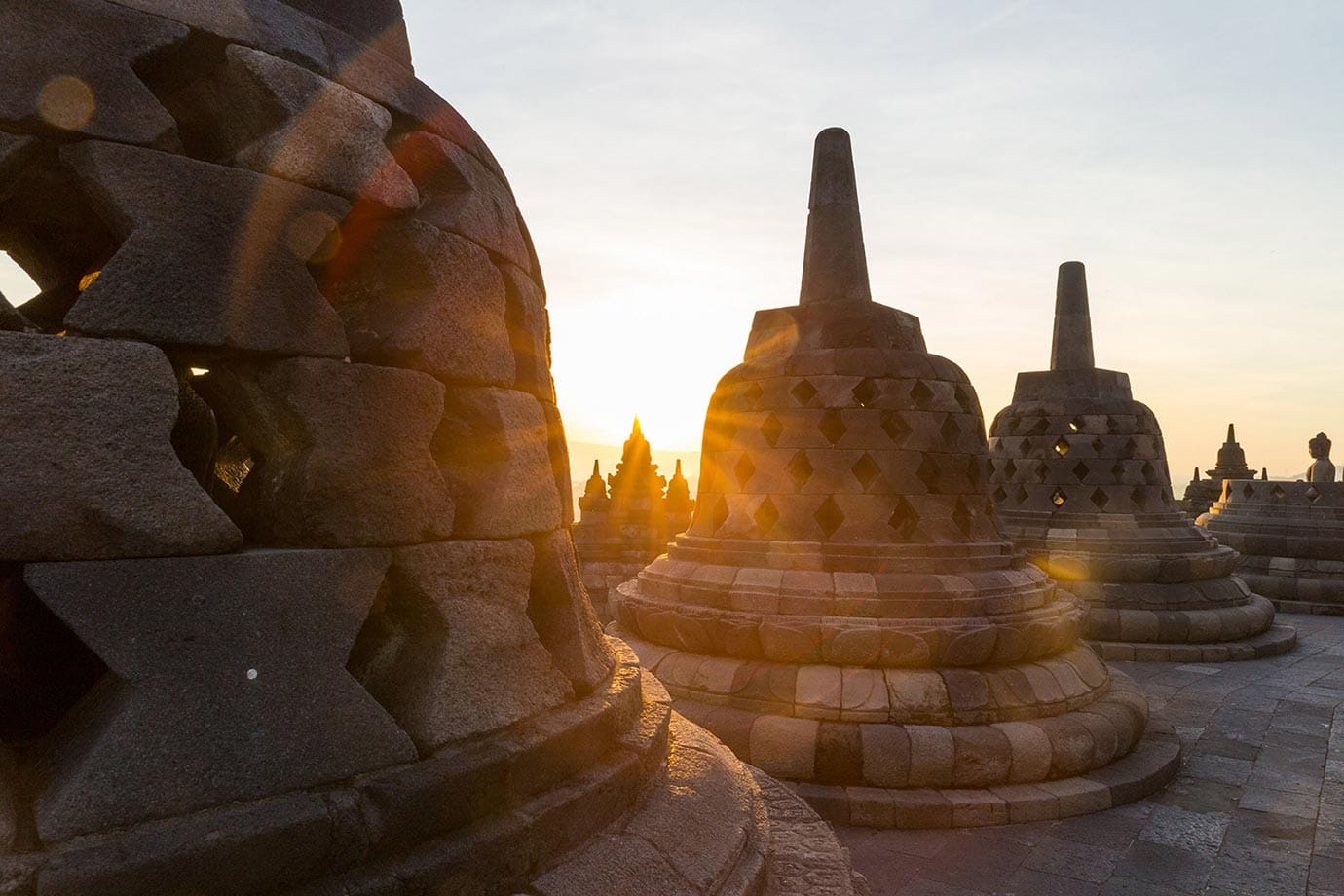 A couple of years ago Thailand bumped up all their marine park fees for foreigners while keeping local fees the same. Even though this was seen as a way to squeeze the pennies out of tourists a little more, Thailand has some of the most beautiful waters in the world so they felt they could get away with it. If you’re snorkelling or diving, adding on marine park fees to everywhere you go soon adds up, and it is a hidden cost you don’t really think about, so watch out for that one! 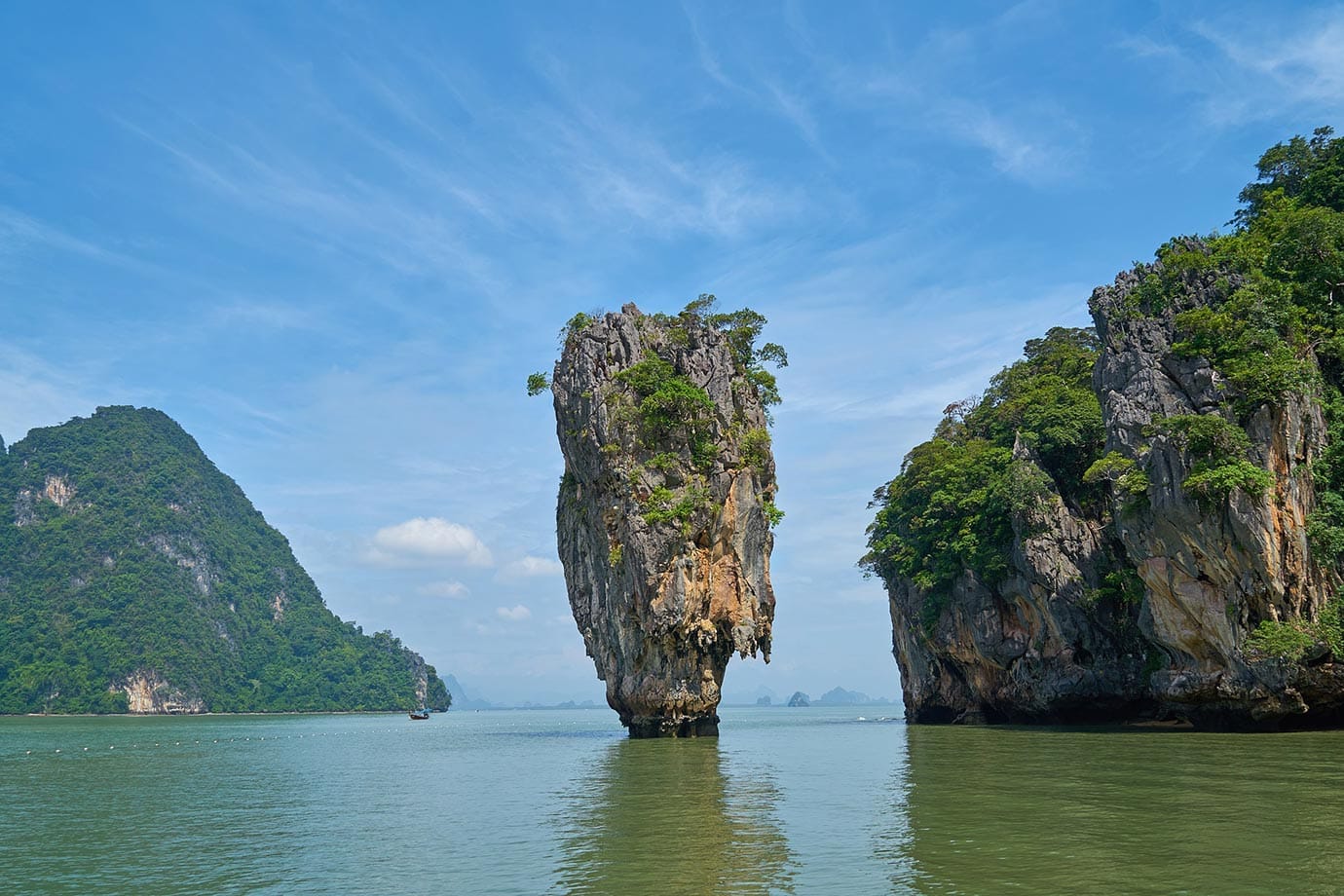 What do you think? Should foreigners pay more than locals? And if so, why? Let me know in the comments below! 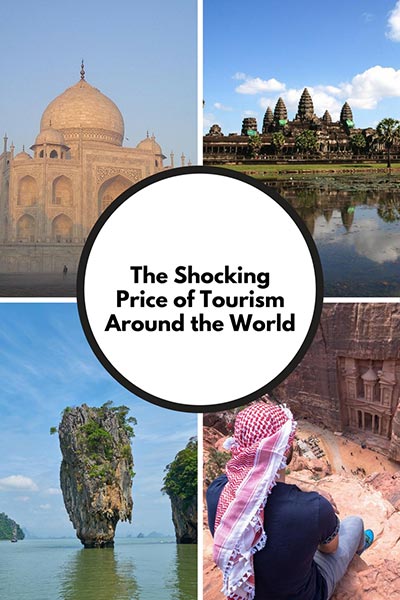 Sorry, but you don't live in a third world country and you don't know what it's like to live with 300$ a month. Since you salaries are 5-10 times higher than in THE REST OF THE WORLD, I think it's not a big deal to pay a little more than the locals to enter a world famous sight.

Besides, museums and landmarks in all of the popular EU contries are all like 10-25€

I completely understand where you're coming from Cory and I agree with you, there is a huge disparity between earnings. I have absolutely no problem with locals paying less, often these sites are subsidised from paid taxes anyway, so that's not an issue. I do think it's unfair to increase the price so dramatically at some places though - I know these sites need to make money to pay for repairs and staff, etc, but sometimes it seems very steep. Coming from London, I'm glad to say most of our best museums are completely free to the public, so I guess I've been very spoilt over the years!

Amazing article. Thanks for sharing you real life experience with the readers so that is becomes helpful to them to plan a trip accordingly if they are planning with their family. Keep sharing such helpful resources.

Thanks very much for commenting and I'm glad you found it useful. Keep on following the blog as there's lot more to come!

Thanks for sharing this informative article. You have done a great job by posting your experience so that readers become aware of these prices and plan their trip according to their budget so that they can enjoy their vacation and need not to worry about the expense. Keep posting such helpful articles.

Thanks Monica, I really appreciate that comment and I'm glad you found the article useful. It's surprising at how much these places cost but they're all definitely worth visiting in my eyes!

Thank you for the amazing information posted on this blog. The Golden triangle tour of India is undoubtedly on everyone’s bucket list and a must do tour of India. For competitive and well organized Golden Triangle itineraries please visit us at Citrus Holidays.

Thanks for your comment! Yeah, the Golden Triangle is an incredible part of India, and the Taj Mahal really is a once in a lifetime experience!

Crazy the differences but I guess it's amazing to support all these places so that they're preserved well for us to visit for generations to come. Petra was an insane markup though!

Oh totally! It's good to see that a lot of the money is used in the upkeep and preservation of these sites!