My trip to Havana was all about capturing the true Cuban beauty of the Caribbean. Hopefully these pictures of Cuban people showcase that! 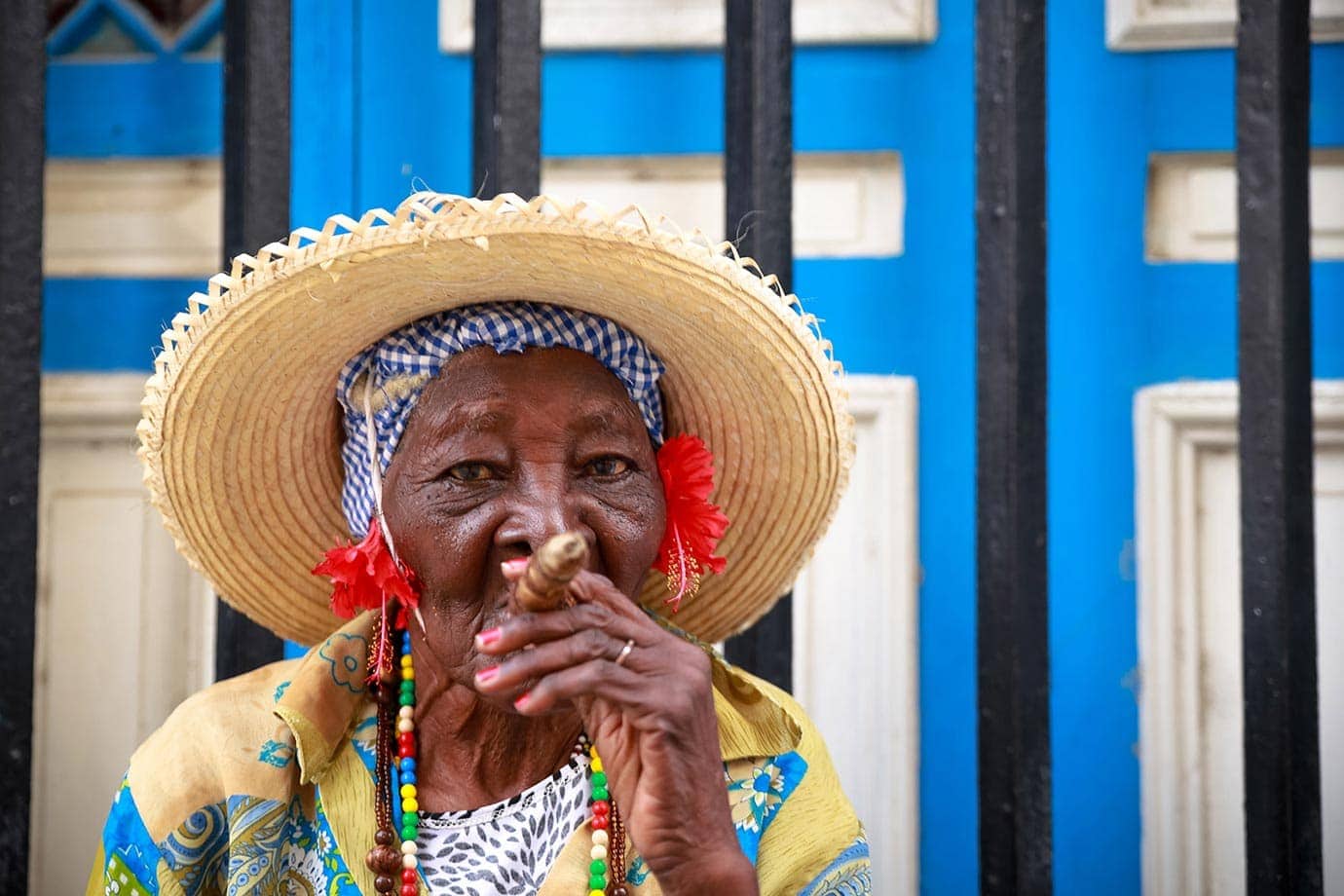 It isn’t difficult talking to the people of Cuba – they’re some of the most curious and kind-hearted people I’ve ever come across on my travels.

No matter where I walked around Havana, I came across these little interactions of every day life. Tiny details, tiny insights into what it would be like living here.

One late, lazy afternoon I was taking photos of this woman. As I looked up from my camera our eyes met for a split-second before a veil of thick white cigar smoke hid her from view.

Once our eyes met again, I could see she was laughing and smiling. Her eyes shone brightly, but it was the deep dark lines covering her skin that betrayed how old she was.

“Buenos dias chico. Que tal?” she shouted across the street as Havana was coming alive all around us. “Bueno! Bueno! Muchos gracis chica!” I’d respond.

This little conversation happened every day while I was in Havana, and it never ceased to make me bring a smile to my face and make me happy. This is what it was like for the people of Cuba; a smile for everyone, no matter what’s going on around them.

From walking along the Malecon to drinking mojitos on the streets with locals, these little exchanges happened all over the city. It’s the people that are the beating heart of Cuba, they are the soul to the country, and everyone I met was so kind and welcoming. 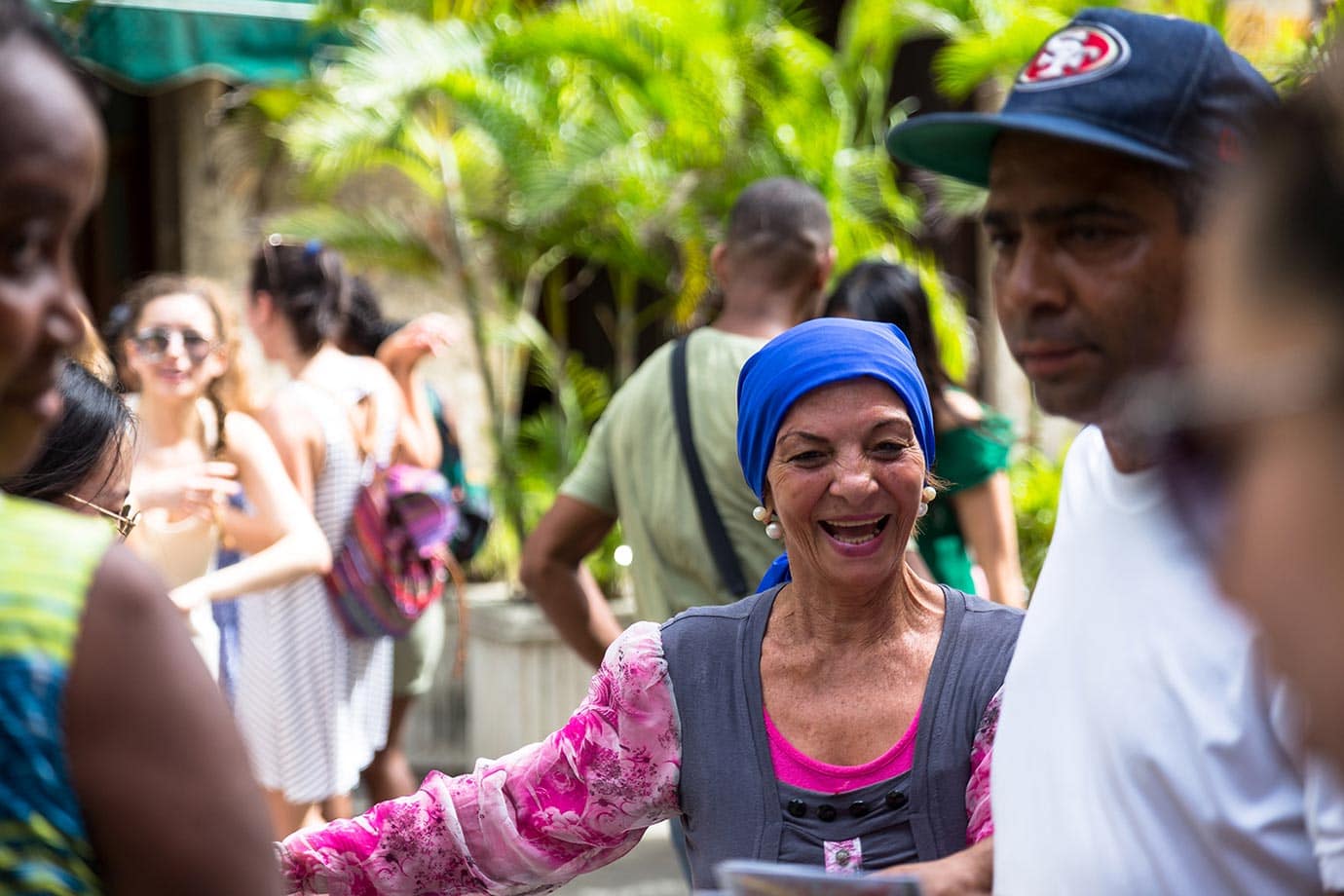 The Beautiful People of Cuba: An insight into Cuban beauty

I have to admit, I was a little apprehensive before my trip to Havana.

It was such a last-minute trip with KLM that I hardly had any time to plan or organise anything, and that caught me off guard a little.

Still, the one thing I did do before my flight was book somewhere to stay for a few nights.

Hotels were extortionate (and there’s also the reality that you’re directly funding an incredibly questionable government and/or foreign businesses in an impoverished country), and there weren’t any hostels.

So, after speaking to a few people who had been to Cuba before, everyone said I should stay in a Casa Particular, essentially a homestay with a Cuban host.

After searching around for a bit, I actually found a few options on AirBnb of all places, so just a few days before my trip and before I got my visa, I booked a place in the heart of Havana. It was here that I’d base myself while taking photos of the people of Cuba. 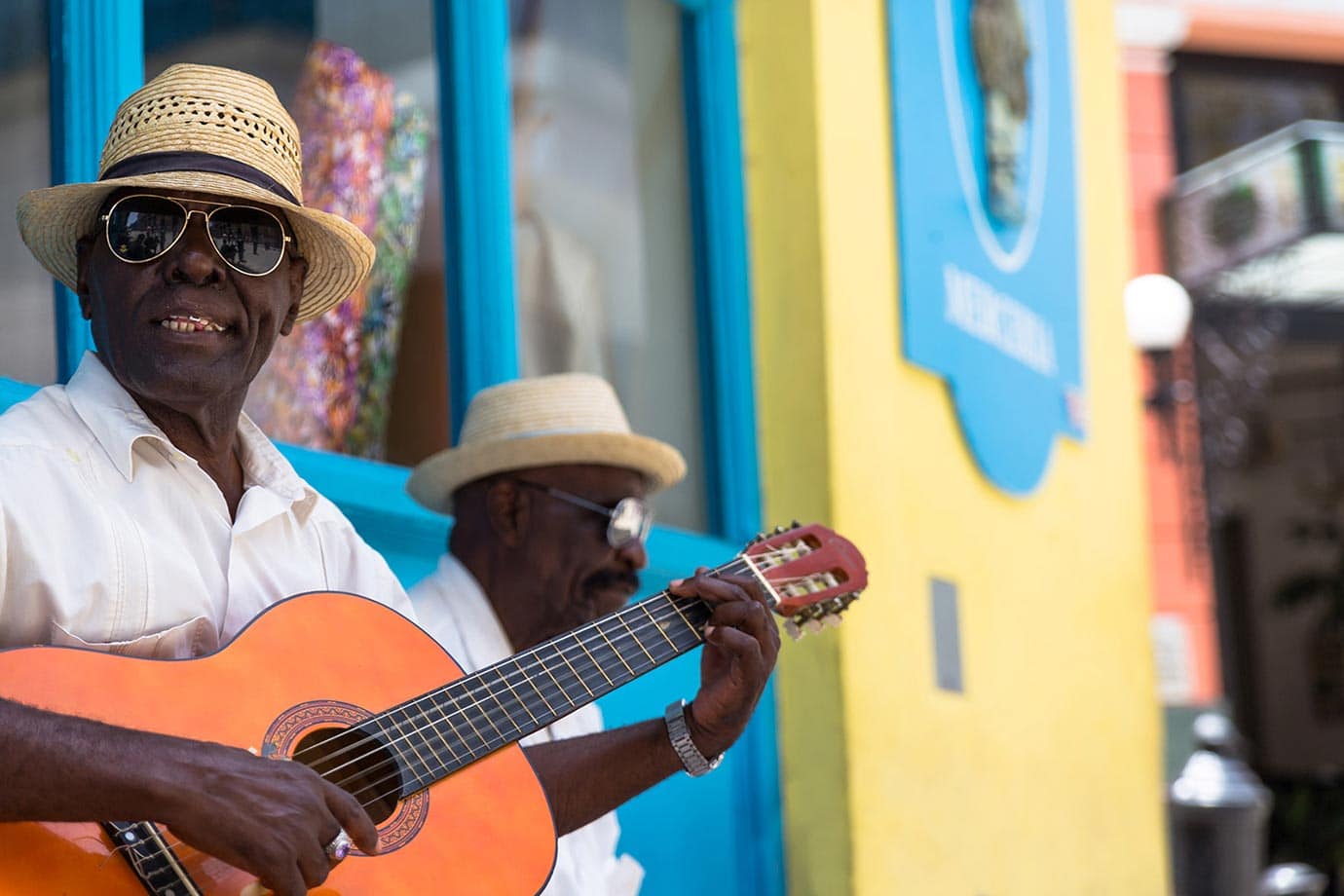 When I arrived, hot and sweaty after being in the Caribbean air for just a few minutes, I was greeted at my Casa Particular by Ana, the sweetest woman with a smile that could light up any room and my best-friend while I was in the city.

Even though she didn’t speak any English, and trust me, my Spanish is bad at the best of times, she really went out the way to look after me.

Every day she cooked me breakfast (don’t worry, I did pay!), and we even shared a couple of cervezas on the balcony in a semi-awkward silence, occasionally mentioning how hot it was again from time to time.

One day, when talking to Ana’s boyfriend, once I told him I lived in UK he said he was very sorry about the terrorist attacks that had happened recently and that he was grateful to be living in a city like Havana where (he hoped) attacks like that would never happen.

It was such a small simple thing to say, but at that moment when I was alone in the strange city while my country was wracked by these atrocities, it was such a humane thing to do. I felt like this kind gesture epitomised all the people of Havana.

No matter how underprivileged and impoverished they might be, they always seemed to have to empathy for other people, including me. That really struck a chord. These were the core Cuban family values, this was Cuban culture. 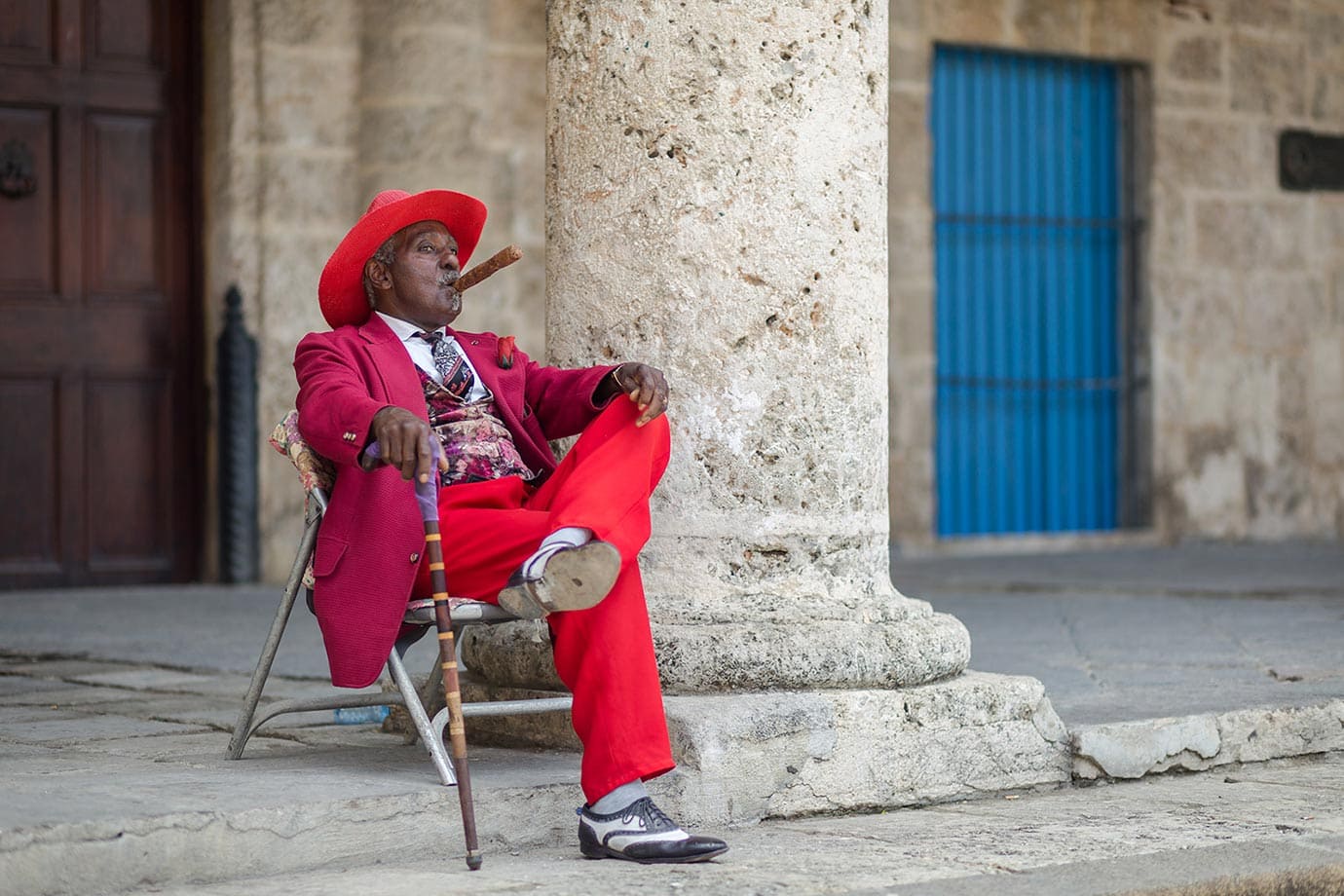 Smoking a cigar in Havana, Cuba

An insight into Cuban beauty

Wherever I walked I saw images of kids screaming in delight as they played football in the streets, or of groups of women swapping stories as they huddled around a shop entrance, and everyone seemed so content with where they were in the world.

Yes, things are extremely difficult in Cuba – economically, geographically, politically. Yet despite everything, despite the revolutions, the tensions with the USA and neighbouring countries, there is still a very strong sense of Cuban culture.

For me, seeing and meeting Cubans was what my trip was all about – authentic experiences that you just can’t get anywhere else in the world.

Here are a few pictures of Cuban people from my trip to Havana. Hopefully this shows you what Cuban beauty is all about: 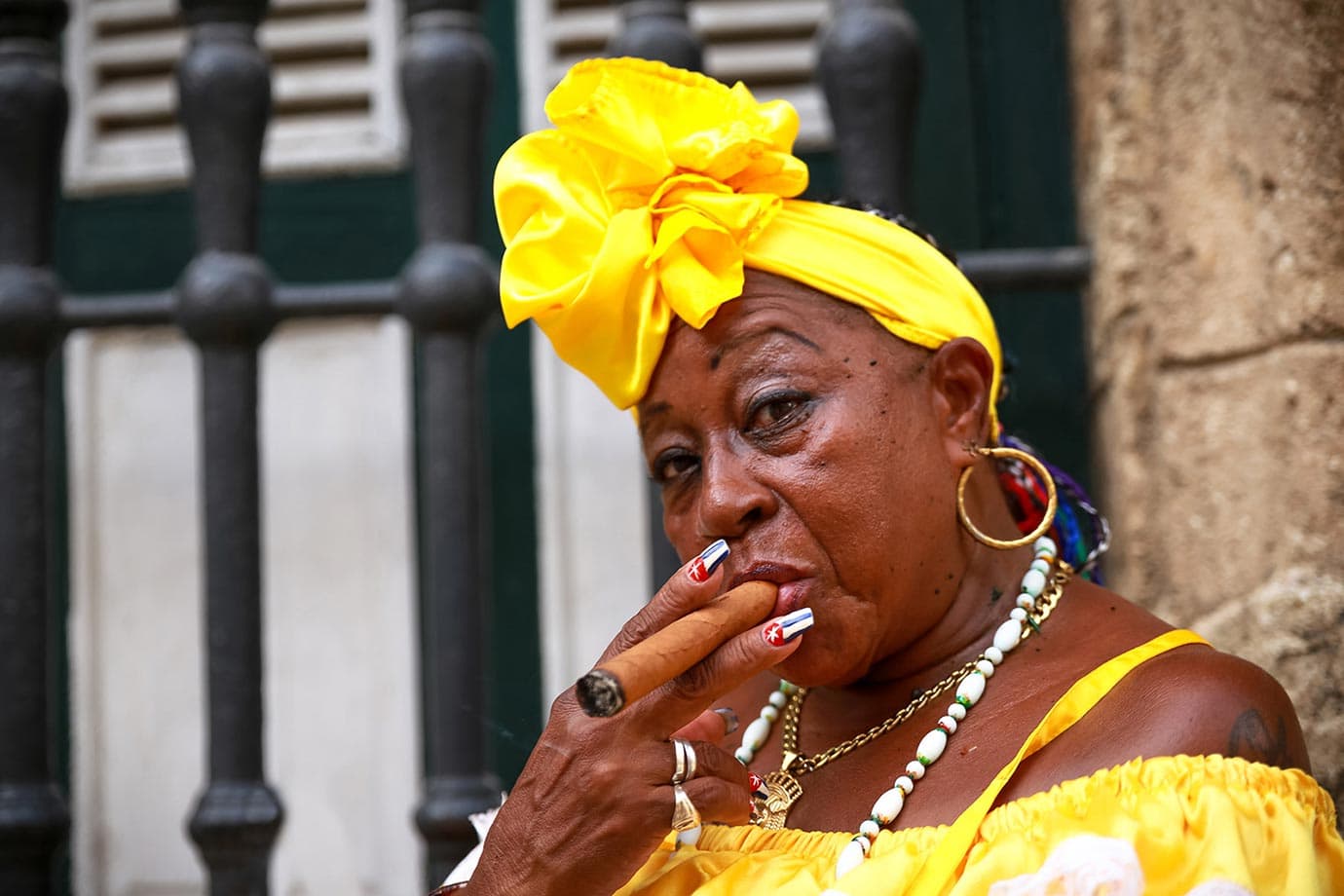 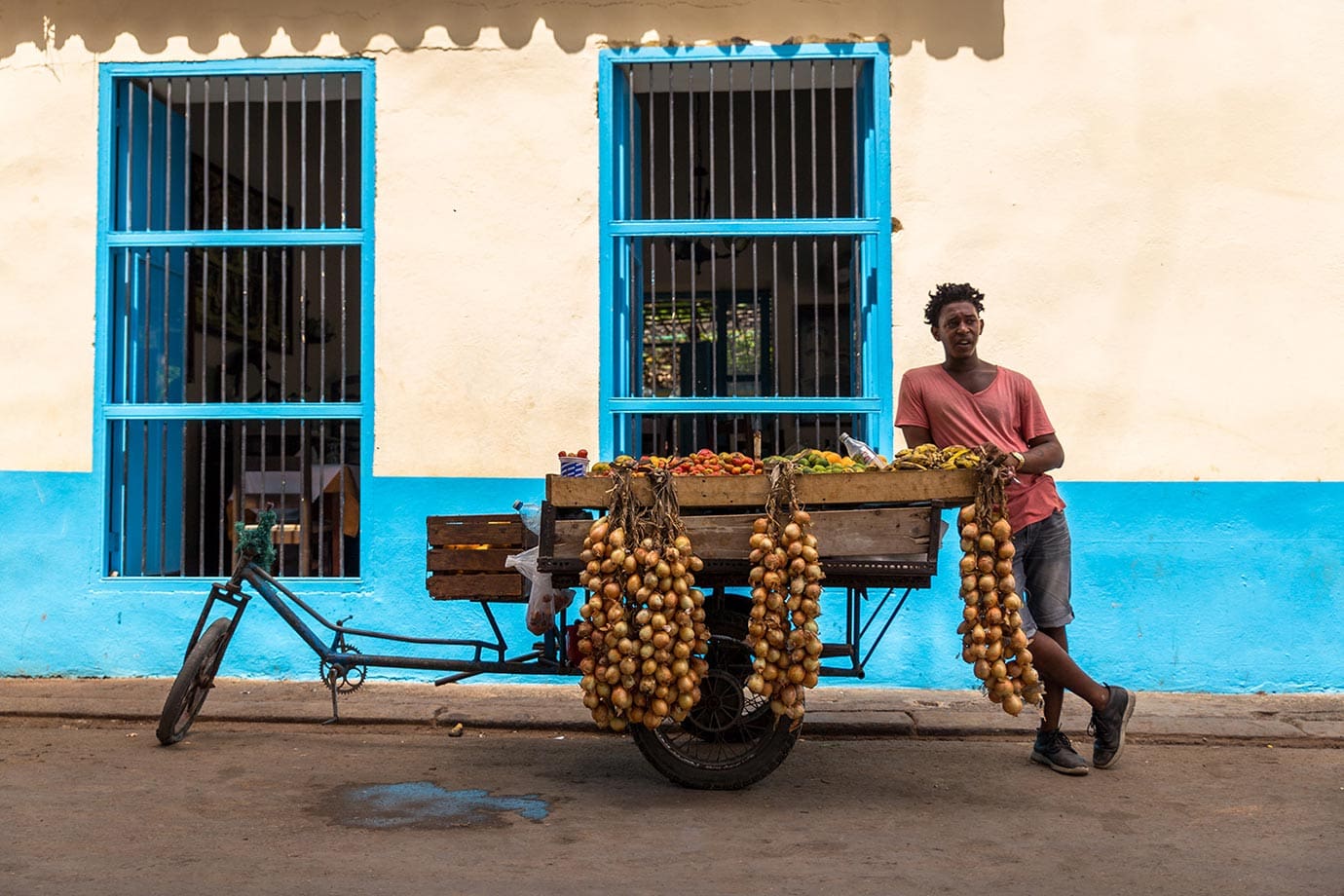 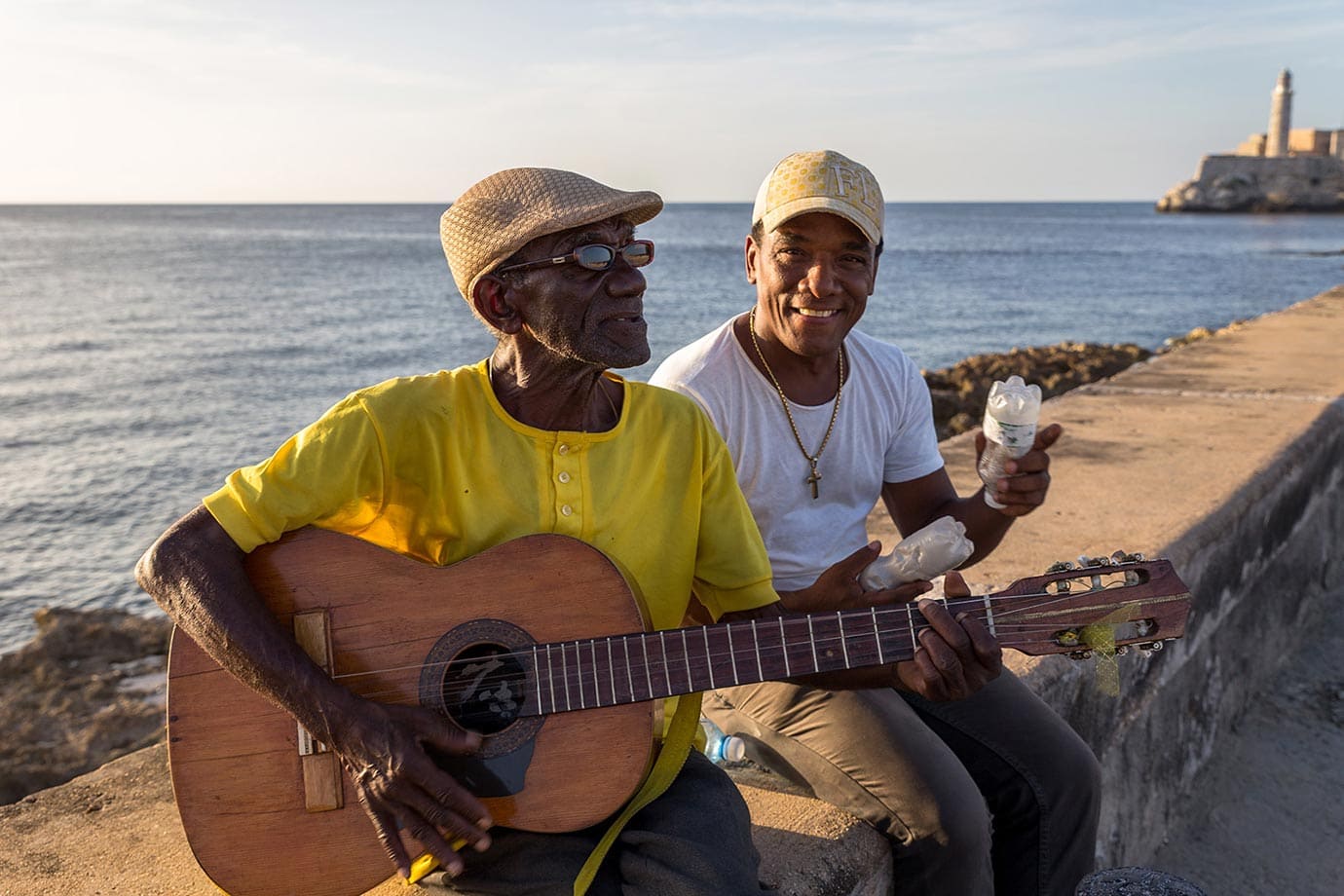 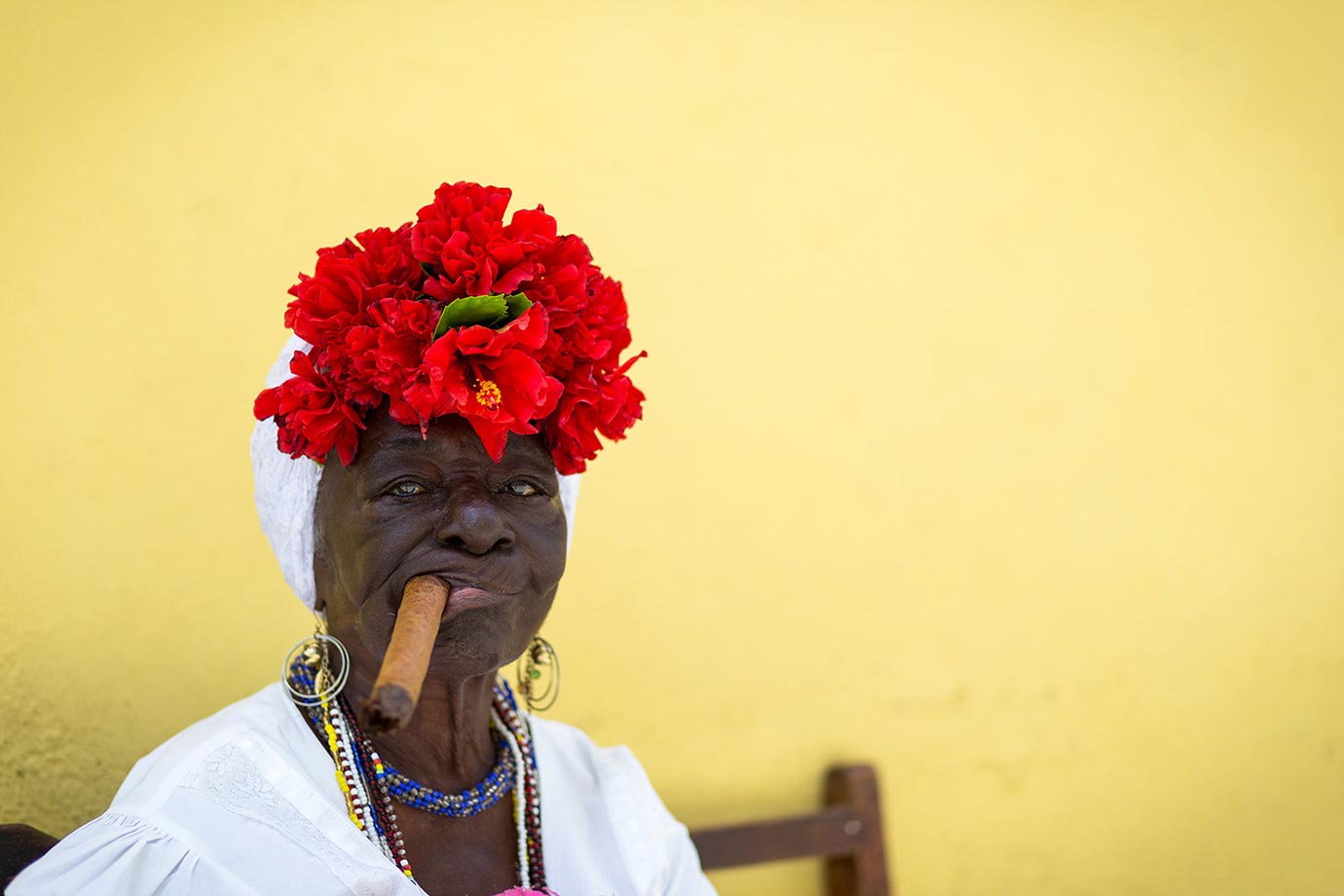 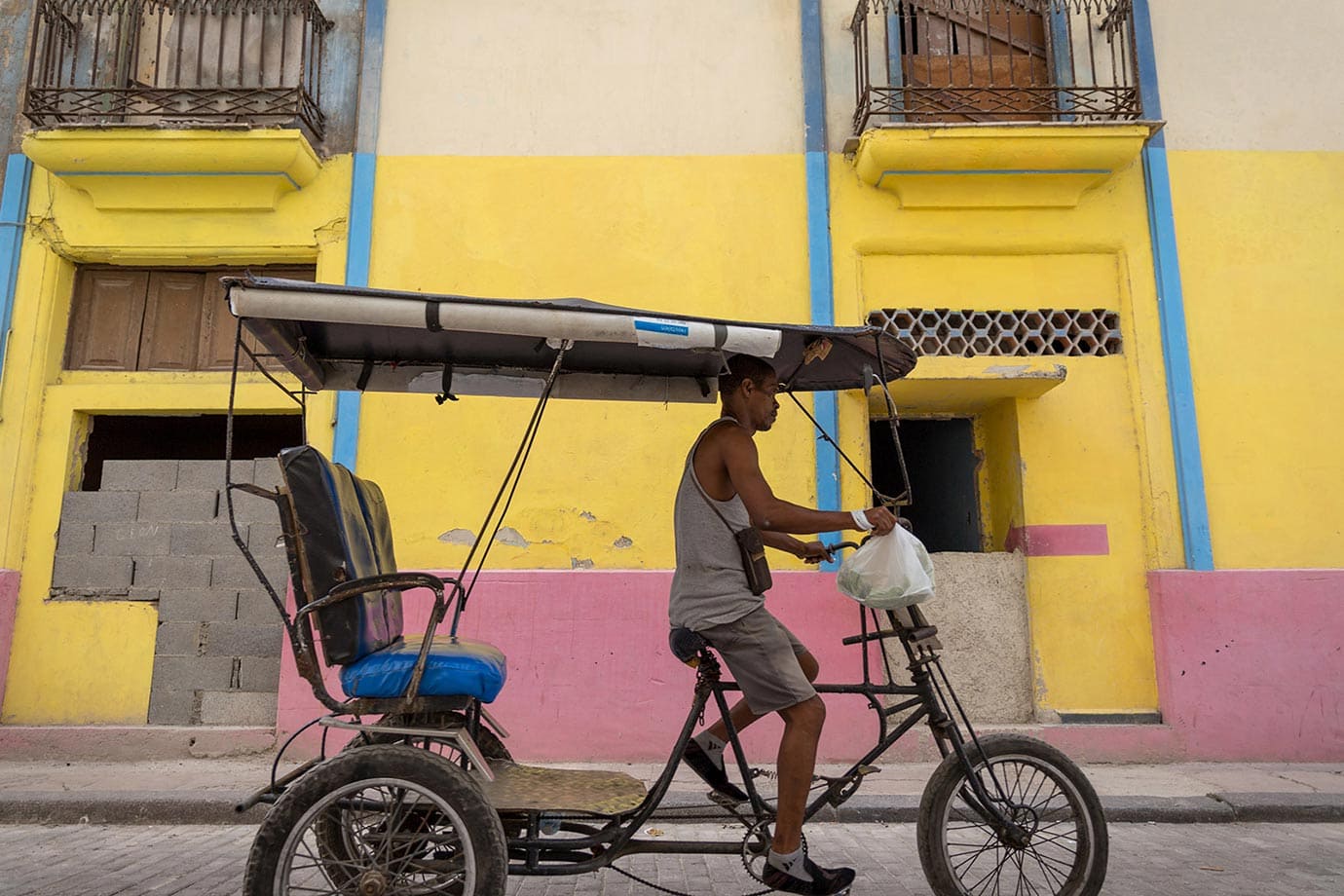 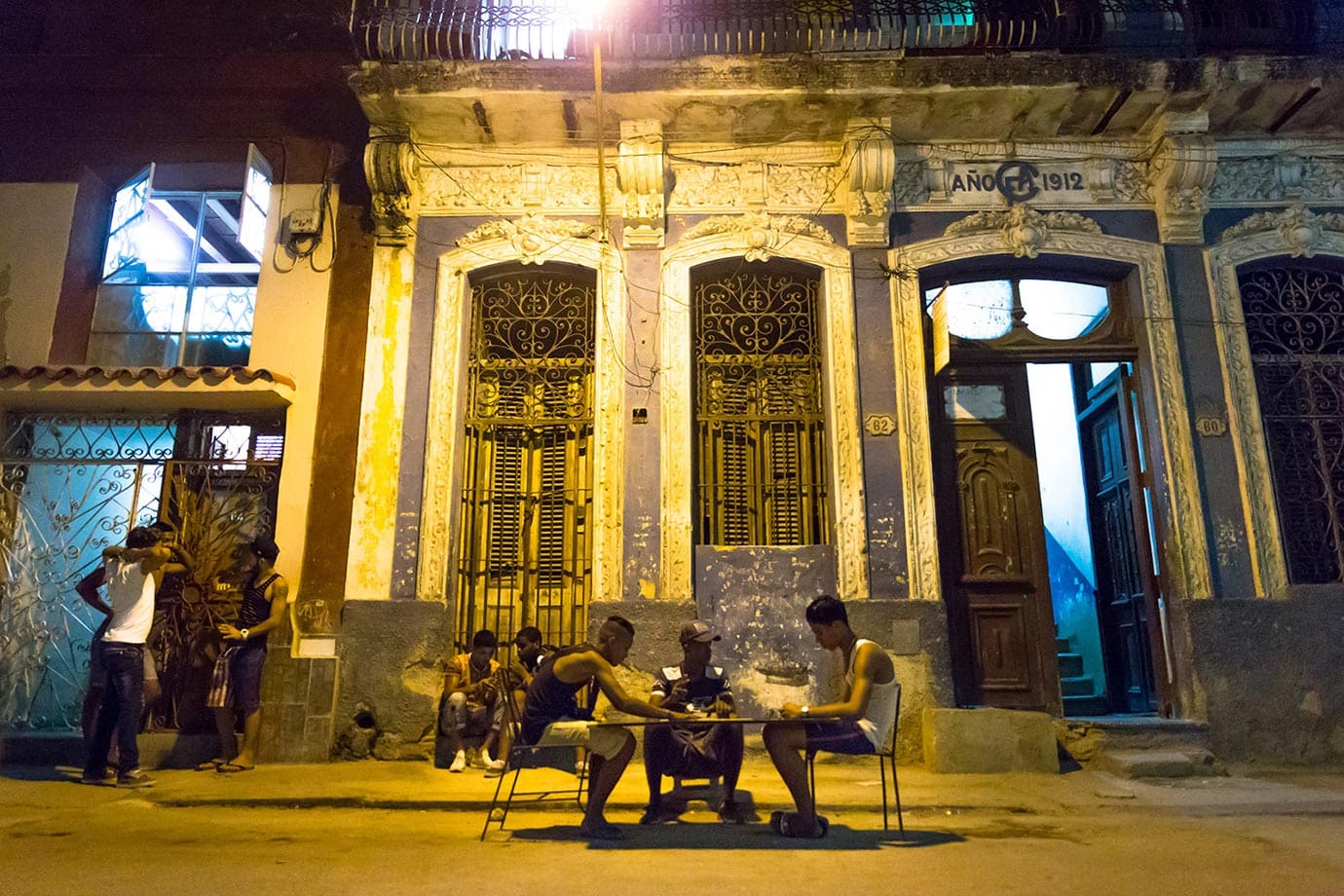 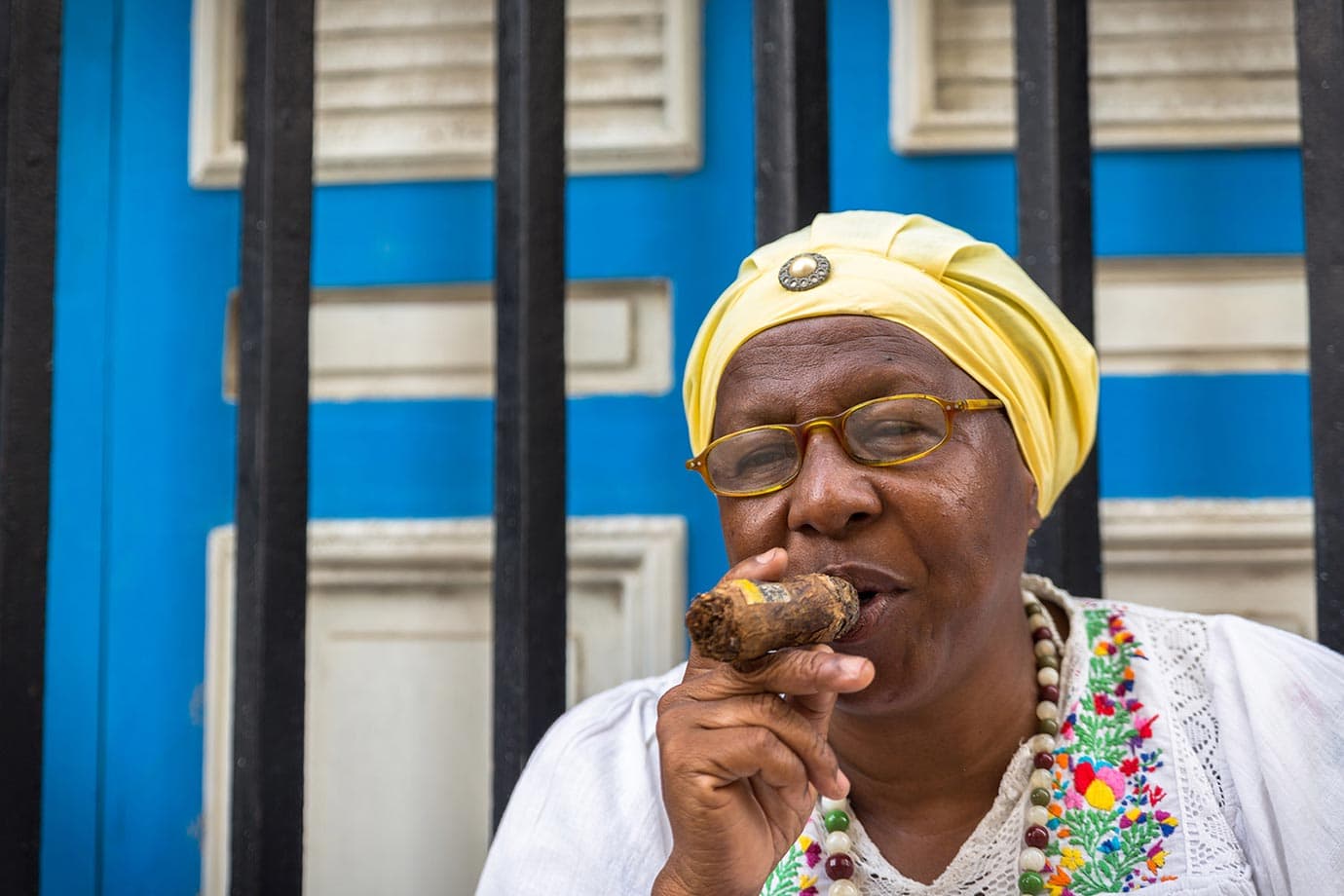 If you’re heading to Cuba then make sure you check out my blog post on 22 unmissable things to do in Havana!

My trip to Cuba was a part of KLM’s #KLMtop10 campaign uncovering new and exciting destinations all around the world. As always, views are entirely my own and without bias.

Have you ever been to Havana before? What did you make of the people of Cuba? Let me know your thoughts in the comments below! 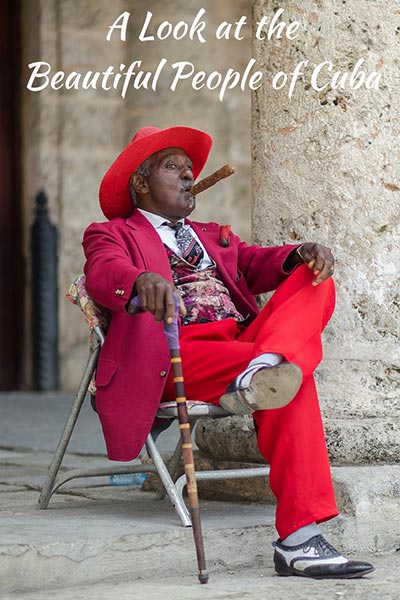 I would really recommend looking at staying in a 'casa particulares' - they are basically homestays where you get to stay with a Cuban family.

It's amazing so much personality and character comes through in just one photo. Lovely way to explore Cuba, through the people who make it what it is...

Awww, what a lovely comment. Thanks Chloe, and I couldn't agree more - it's the people that make the country such an amazing place to visit!