What to do when there’s nothing to do

“You may as well get off the bus; I have a feeling we’re going to be here awhile. There are a number of protests going on in the area,” I said as everyone sat there, some people looking out of the window, confused.

I had spoken to a few Guatemalans the day before, and they told me local farmers and workers all over the country were striking and protesting over the price of maize seeds.

Apparently, all the farmers have to buy their seeds once a year at an extortionate price from an American owned company instead of being allowed to produce and sow their own seeds, so it’s no wonder they were protesting.

However, I thought, wrongly, that the protests were already over, though I wasn’t exactly surprised when our tourist shuttle bus grinded to a halt at the end of a very long queue of vehicles. After all, we were travelling in Guatemala, a place where anything can happen. 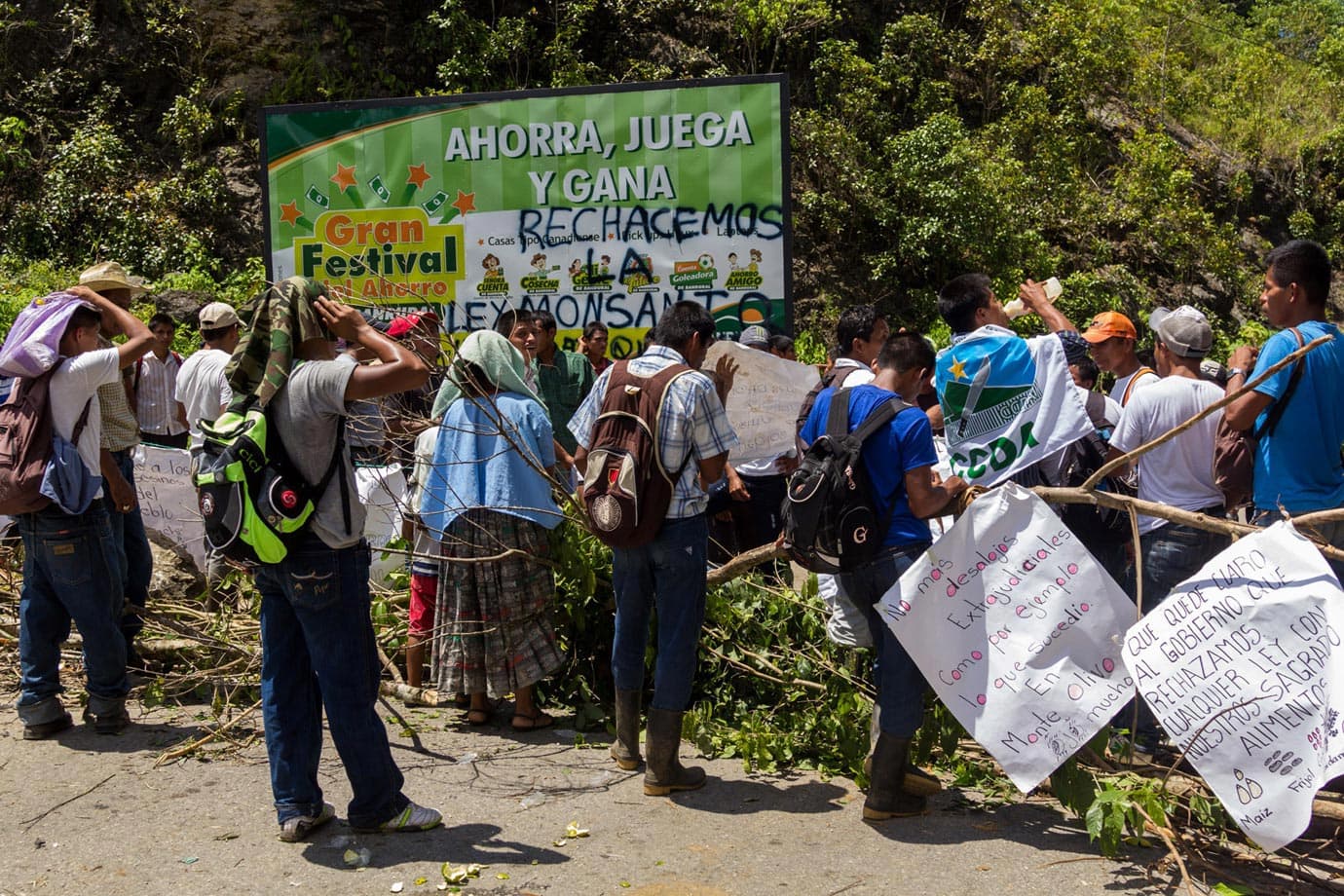 As I got off the bus, which seemed to be stranded in the middle of nowhere, the first thing I wanted to do was find out what was going on, so I walked up the hill in the bright midday sun to where the protesters had blockaded the road.

On one side of the blockade – a makeshift lattice of interwoven pieces of willow – were the protesters bearing banners and slogans. On the other side, drivers clamoured for information, pleading to be let through.

On a small rocky mound just to the left of the blockade a group of protesters were milling around, most of them surveying the scene, seemingly bored.

One protester, a megaphone millimetres from his lips, was droning incessantly, his words and sentences merging together into background noise as he barely paused for breath.

Somewhere in the mass of noise I roughly heard the words: “See! Even the foreigners have come up here to support us!” 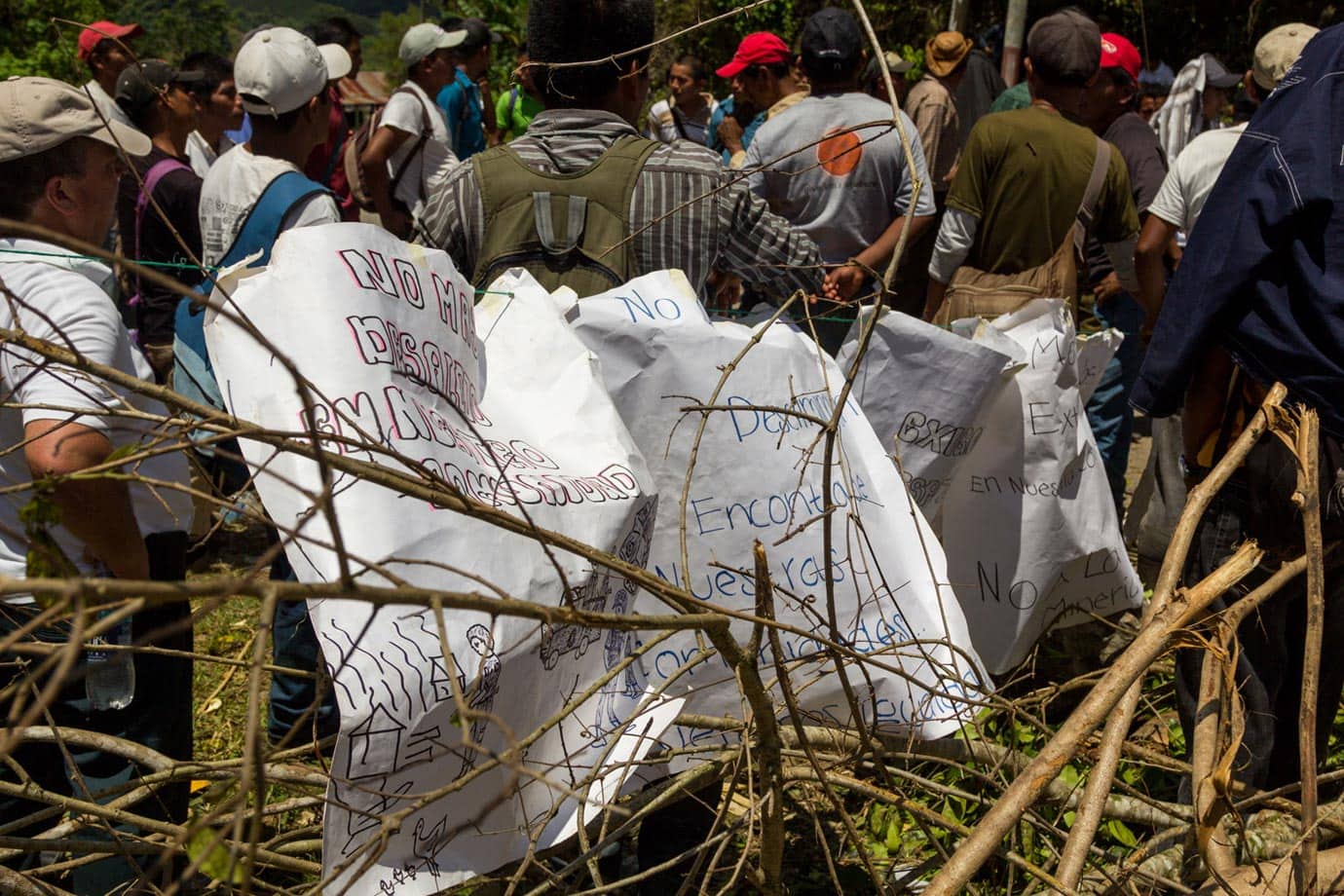 It didn’t look like things were going to kick off anytime soon, so I asked one of the protesters if I could take out my camera and snap some photos.

All of a sudden there was a commotion of motion as a small group posed for the camera, smiles breaking their otherwise callow demeanours. 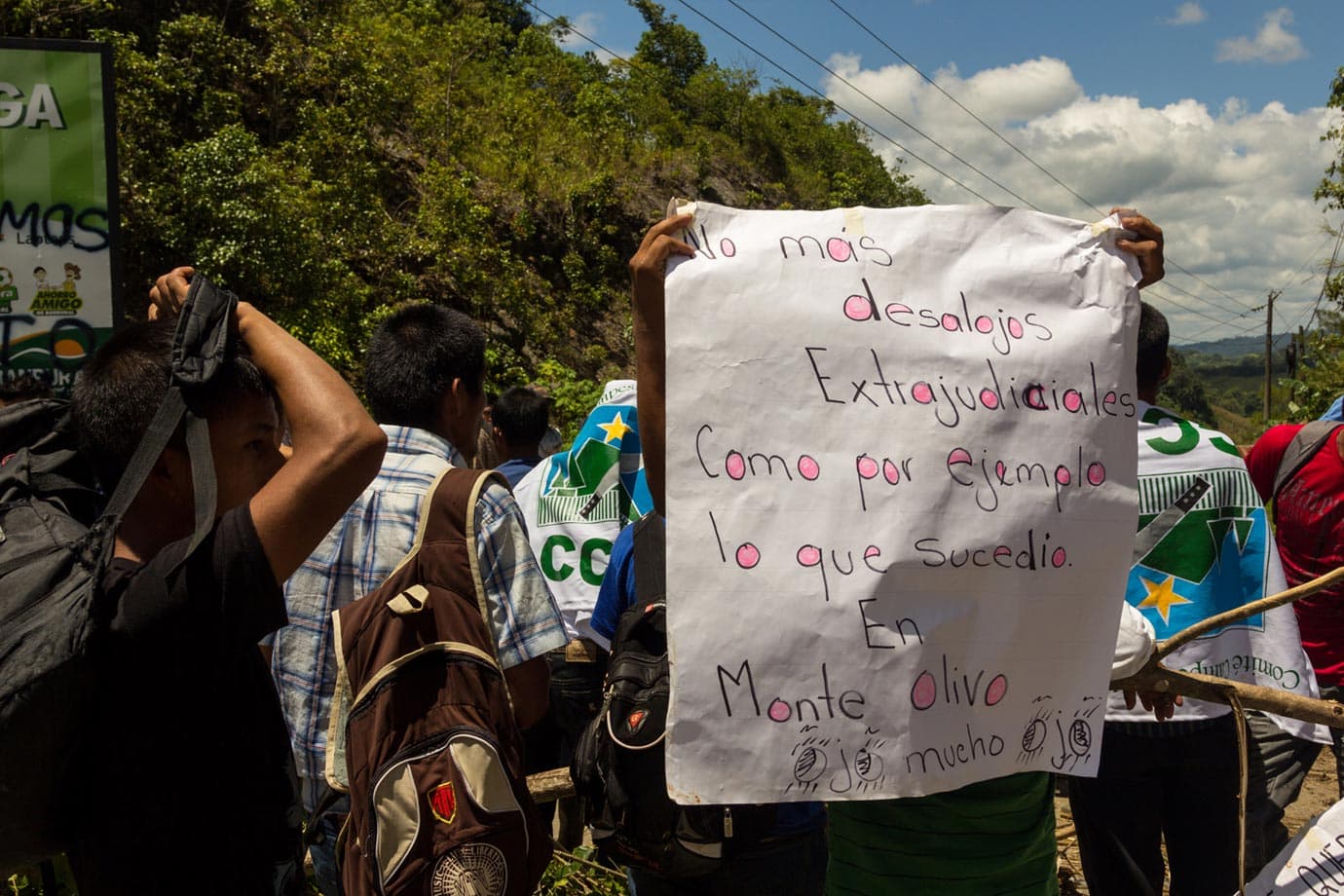 After divining that the protest wasn’t going to be broken for the next few hours, I decided to go back to the bus and let everyone know what was going on.

In short, there was nothing we could do but wait. 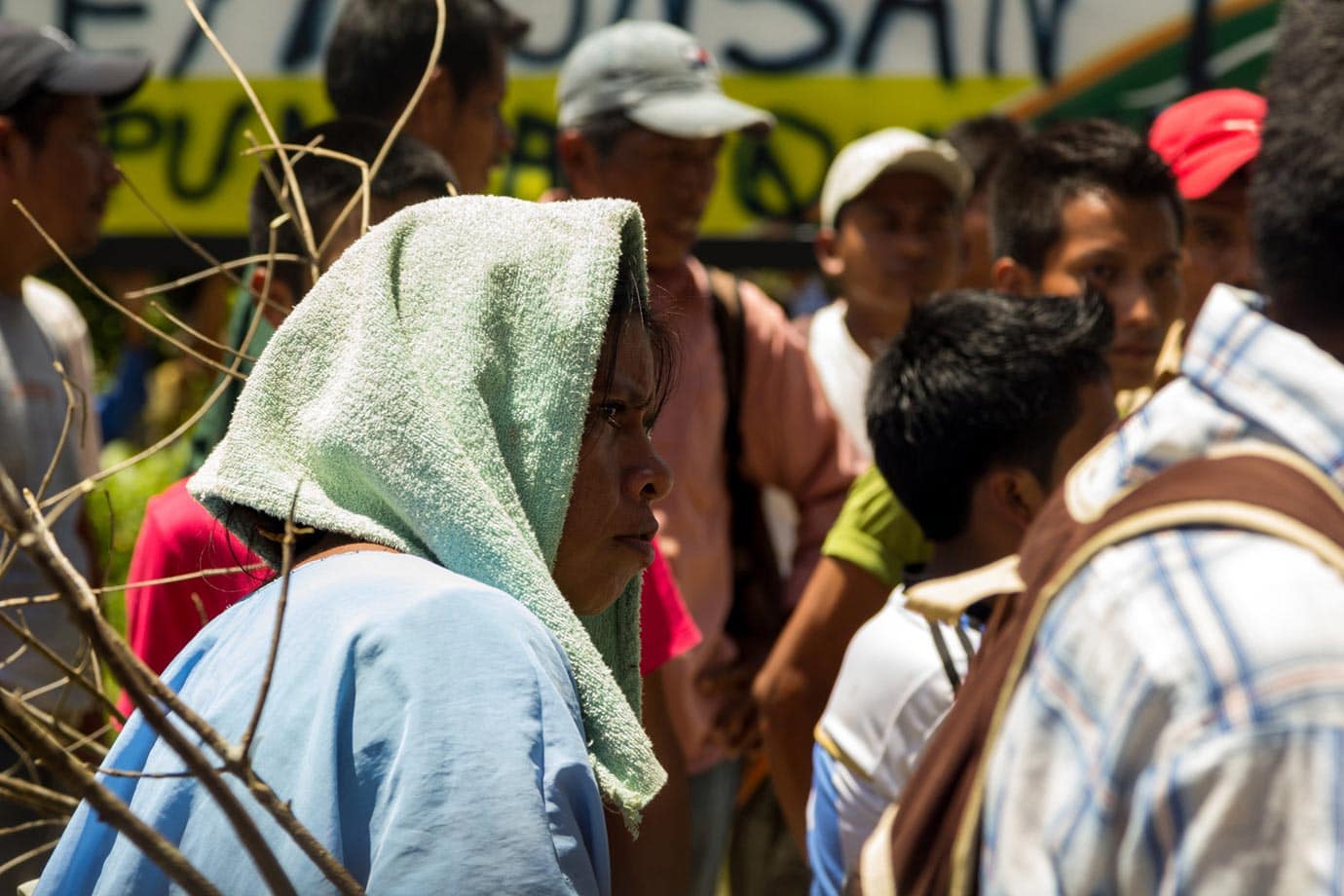 Already people were milling about around the bus, finding a small amount of solace in the shadows from the scorching sun, angry at the situation they found themselves in.

Soon after, a Danish couple, Rune and Christel, said they were going to walk to the next village for something to do.

Not ones to hang around, Brian, Brianna and I said we would tag along, as did Sabrina, an American girl, and Rory and Rosa, a British couple. 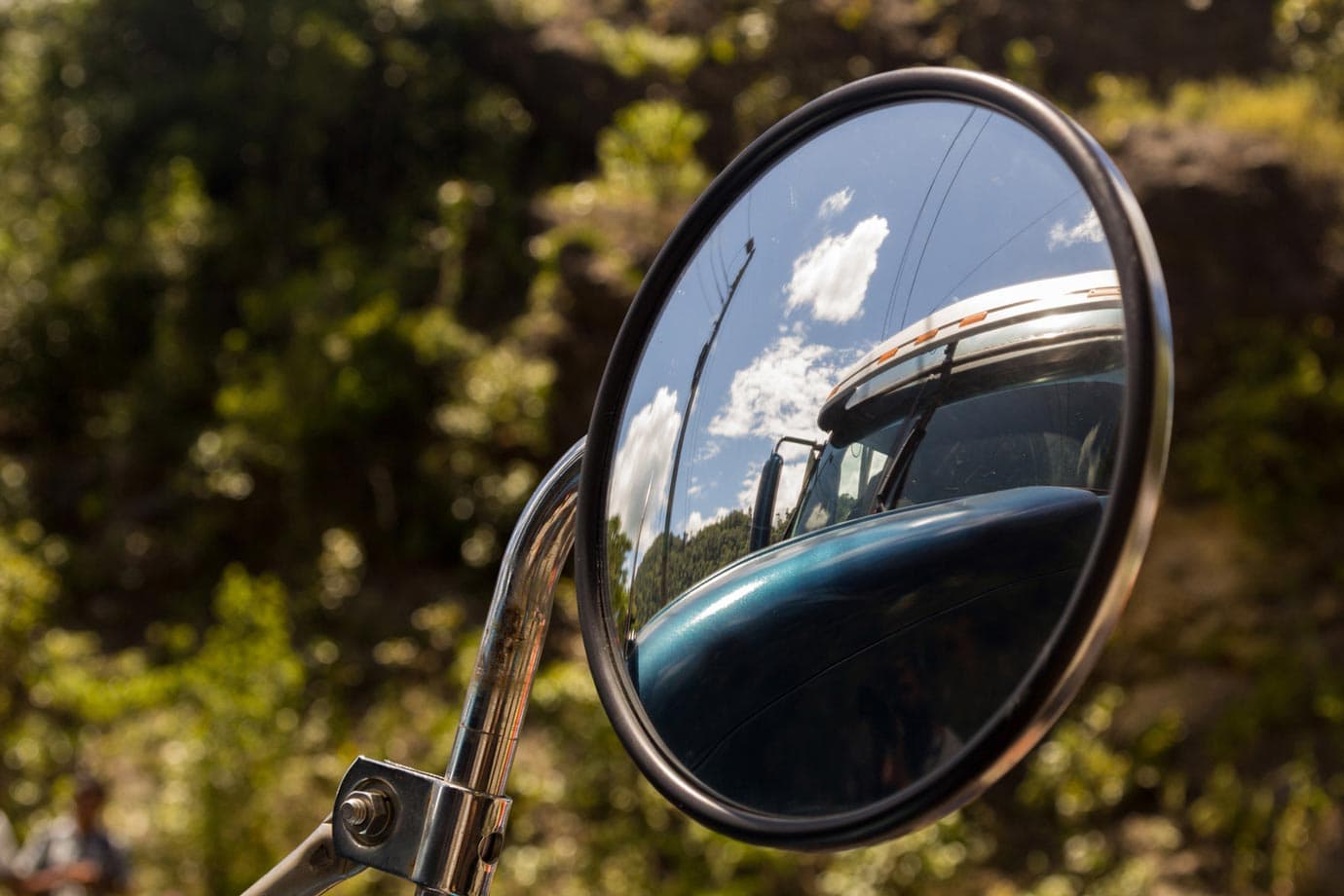 It felt good to leave the bus behind and we all seemed to bypass the ‘usual’ questions that travellers ask each other to get down into deeper, more meaningful conversations.

Almost out of nowhere materialised two small boys, probably around the age of 14, to guide us to the village.

After a constant stream of questions, and once the boys were satisfied we were indeed human (for it was the only way I could understand why they wanted to ask so many questions), we were on a mission to find water, and ideally beer. We asked the boys whether this was possible and they were keen to deliver.

That started a bar-esque crawl for booze, meandering our way through this tiny village being palmed off from shop owner to shop owner.

Eventually, the boys found one that sold beer, and after successfully negotiating that labyrinth village, we felt a beer was even more deserved, tasting all the more refreshing with the bus within eyesight in the far distance. 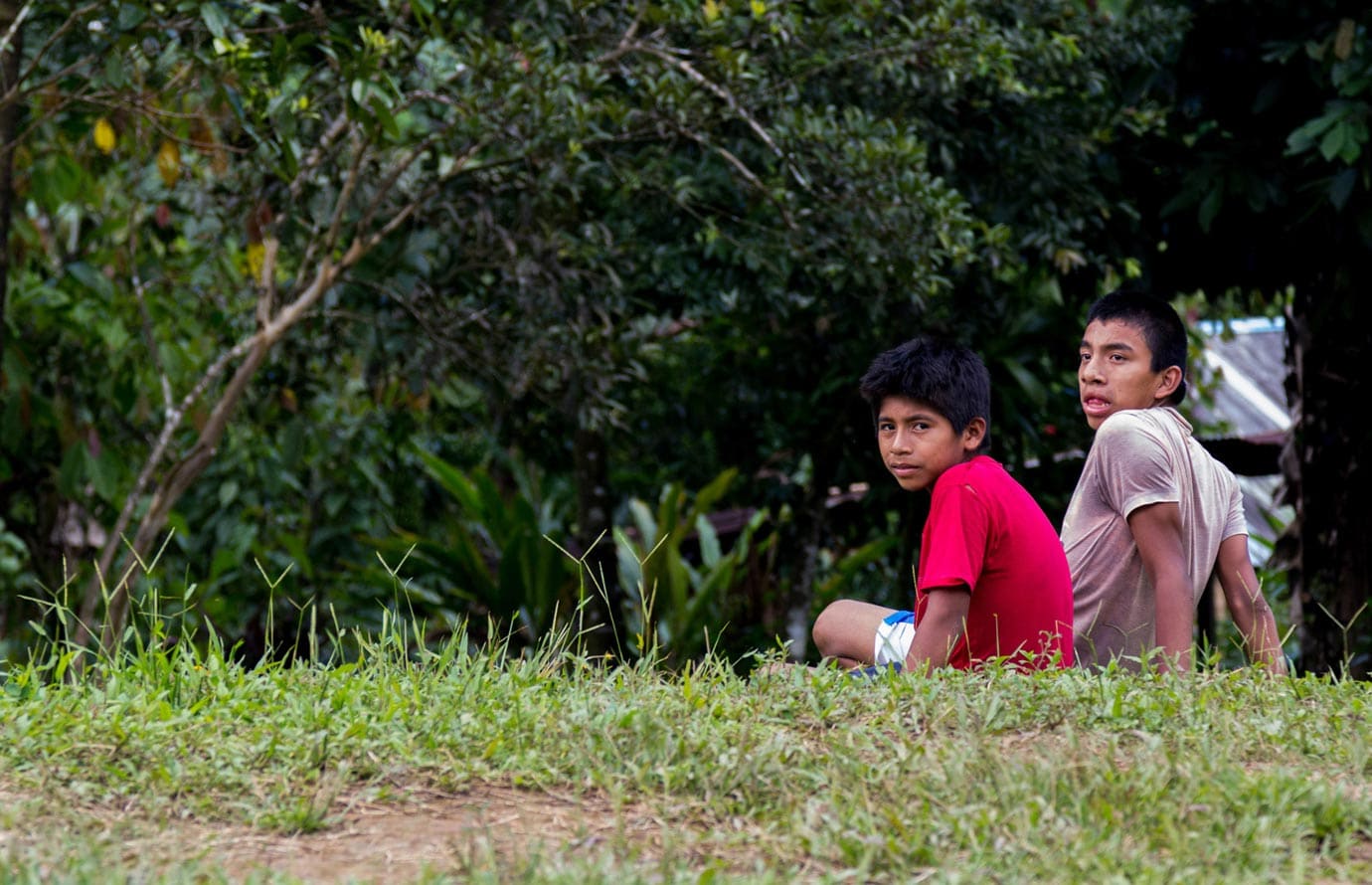 Like all the other tourists, it was our turn to cower from the sun. Stocked up on beer, we found a small school that provided enough shadow and shade for everyone.

I guess the boys liked us, or at least enough to hang around while we jabbered like school children ourselves getting to know one another, and after a short amount of time, inevitably, a small ball was produced for us to play with.

I still don’t know if it was the boys shouting and screaming or our own Siren’s call, but in ones and twos other children descended upon the school, drawn in from around the village.

Before we knew it, we had about 20 kids of all ages around us, not needing, but wanting to be entertained. 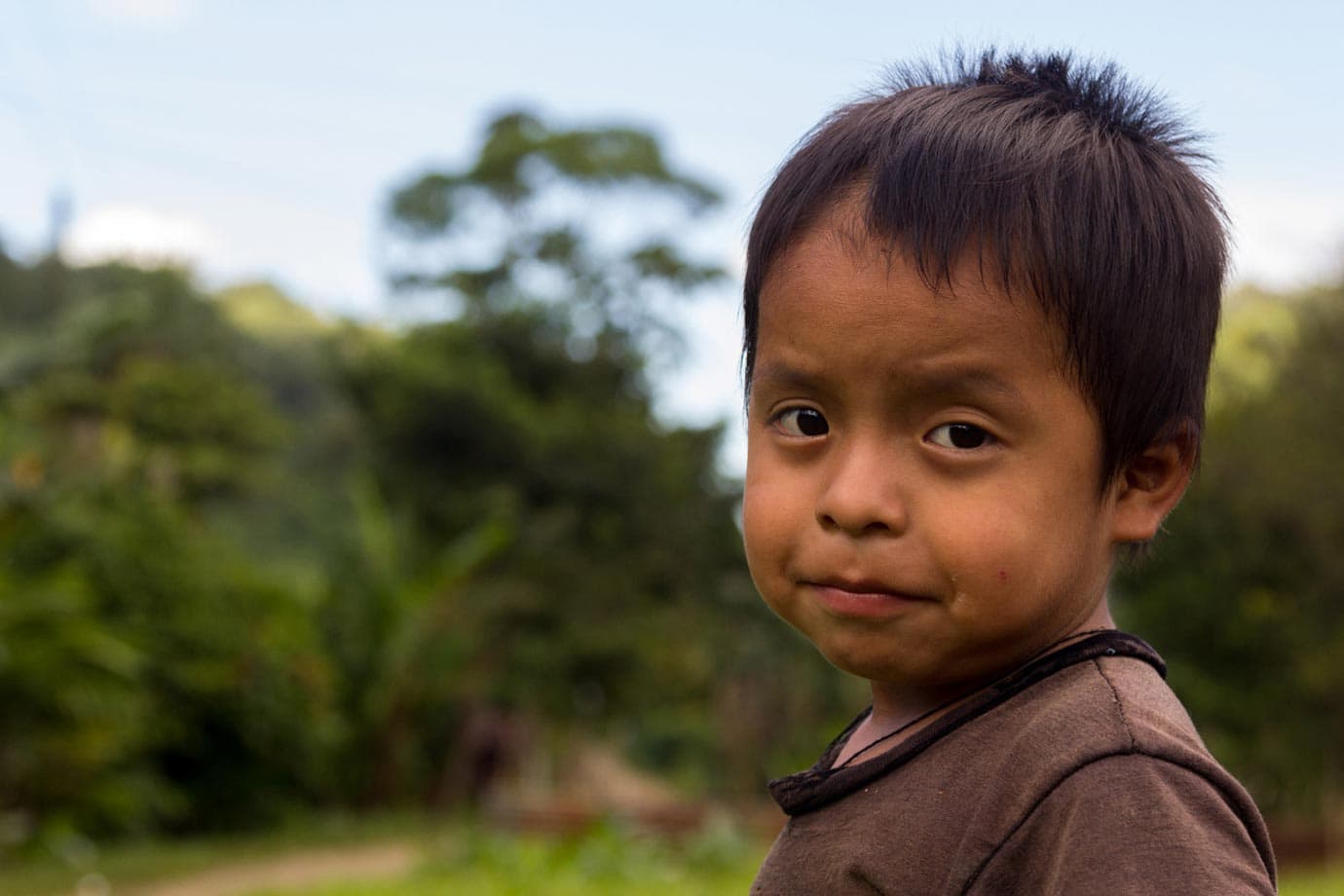 After a weak attempt by me to make a paper aeroplane (they didn’t care for that), both Rune and Christel stepped into the fore, much better equipped than I.

Rune is a professional magician and comedian, while Christel is a professional acrobat working with companies such as the Cirque du Soleil, and when it comes to entertaining crowds these two have been doing it for well over a decade. 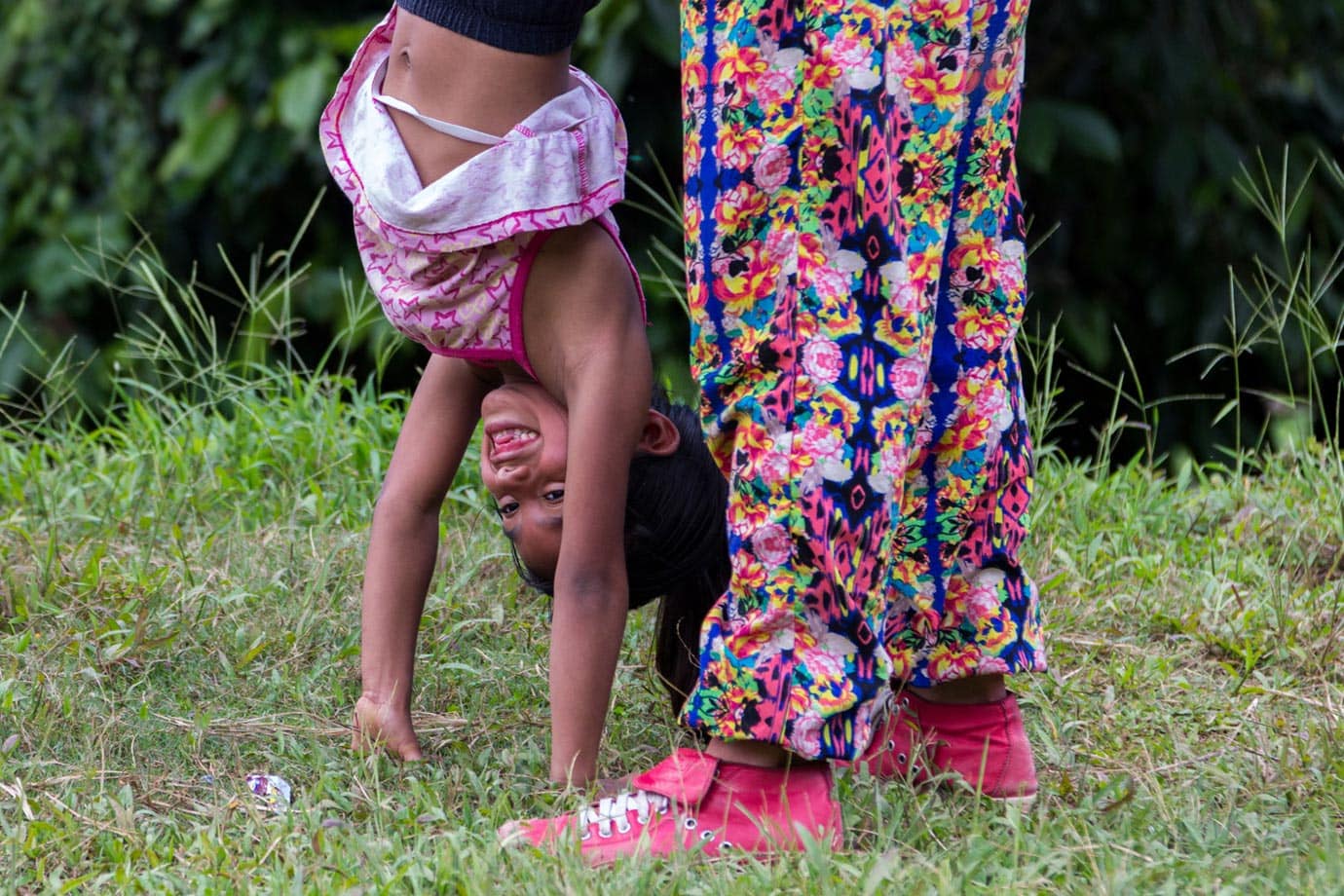 What ensued was laughs, wows, and more often than not stunned silence (at least from me) as Rune made coins magically disappear from one hand and reappear in another child’s pocket, while Christel threw girl after girl up into the air, helping them with flips and cartwheels, each one giggling with a heart-warming smile of innocence and trust.

Mothers watched on, occasionally laughing as Rune would stupefy everyone, or smile at the way Christel handled the kids.

And just as Rune held up his hands, palms outwards, to prove nothing was there, it was over; the spell was broken. The beeping of horns and the flurry of moment up on the hill signified the protest had finished, at least for the day, four hours after we arrived. 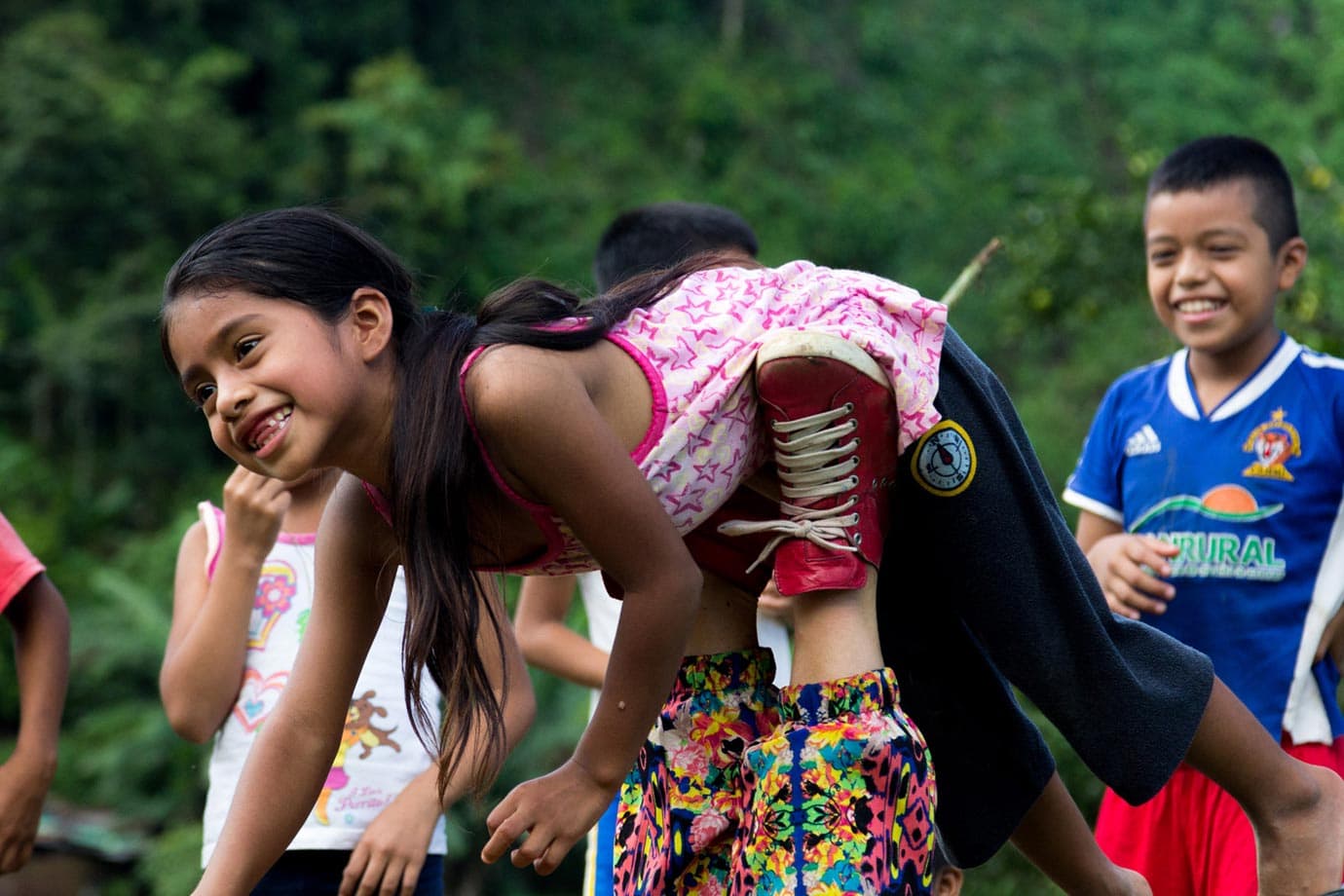 Almost nonchalantly, we said goodbye to the kids knowing we would never see them again, but hoping they would remember the day a group of gringos entertained them, hoping it would mean as much to them as it did to us.