The not-so-communist monument of Shumen

“Why are you going to Shumen? No one goes to Shumen. You should stay here in Veliko Tarnovo.” Those were the words of Dayana, the receptionist working at Hostel Mostel.

When I tried to explain to her that was the point, that I wanted to go to a place with no tourists, she didn’t really get it.

Once I showed Dayana what was at Shumen, the gigantic monument to the founding fathers of Bulgaria, she still didn’t get it. She couldn’t understand why I wanted to see something so “grotesque”.

“You should go to my hometown, Pleven. There are caves at Pleven. It is a very beautiful town,” but I had made up my mind; I was going to Shumen. 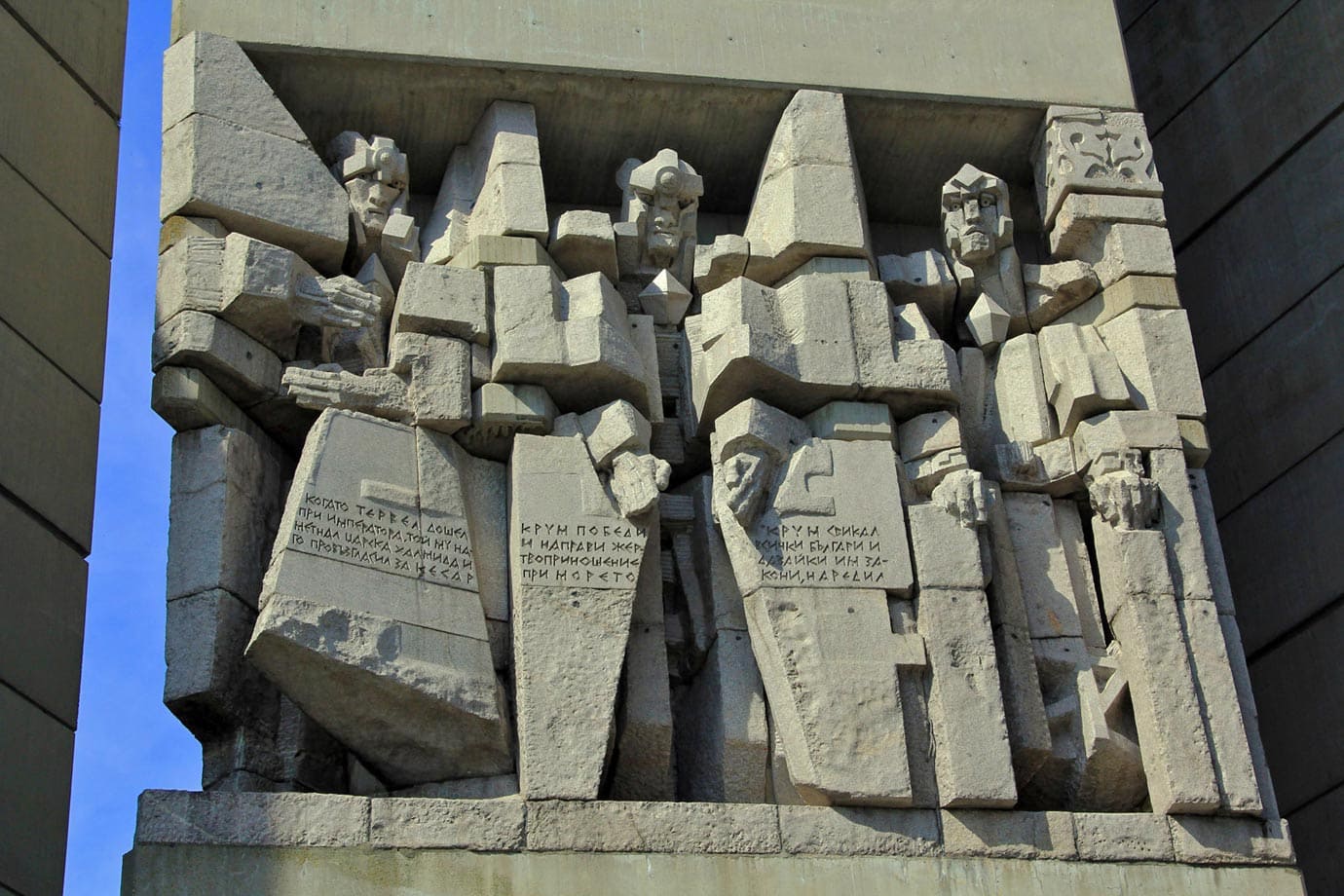 Shumen is about two hours east of Veliko Tarnovo on the way to Varna, and there are a number of buses going there throughout the day (a ticket costs 16 lev, approximately €8).

There aren’t any hostels in Shumen, so I checked myself into a nice hotel room (40 lev, approximately €20) for the night.

Shumen is quite an unremarkable town without much to interest tourists. It is an industrial town and it represents a real reflection of everyday life in Bulgaria, so for that reason it can be fascinating.

There is a long promenade right in the middle of town, and I really enjoyed sitting there and watching the hustle and bustle of the people around me. In the evening, the place really comes to life as everyone comes to the promenade to catch up and gossip over a coffee, and for me it was nice to see a small insight into this.

However, the one major tourist attraction Shumen does have is the monument to the founding fathers of Bulgaria, a huge concrete block on the top of the hill overlooking the town, an ever-constant reminder of the past. 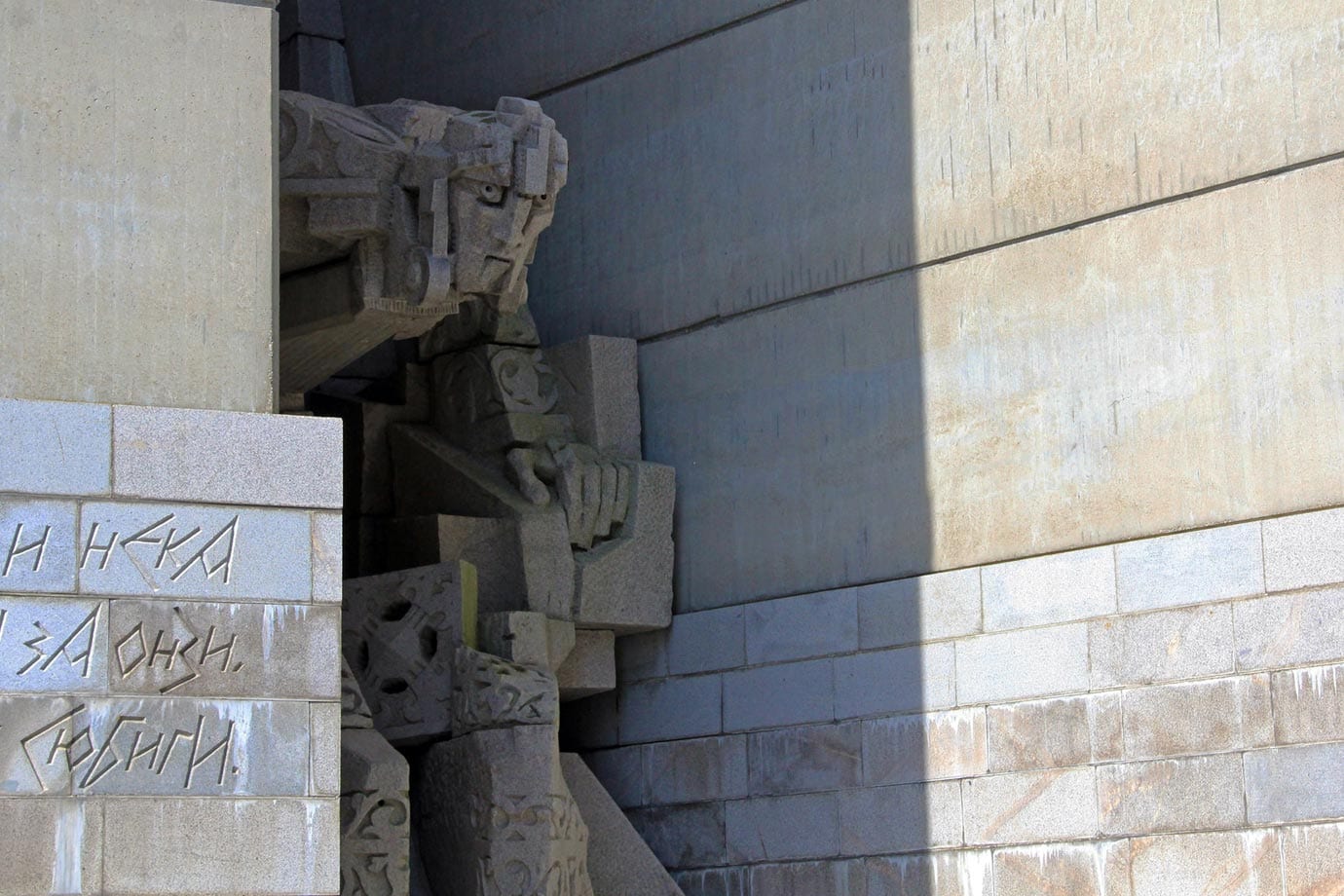 That morning I caught a taxi from the town to the monument (it cost 6 lev, approximately €3).

Getting into the monument only cost a token 1 lev (€0.50), and I was presented with an info pack all about Shumen with details and a background story on each individual statue.

Each statue represents one of the founding fathers of Bulgaria, the people who forged the country together from the 9th century onwards, helping to create the country what it is today. 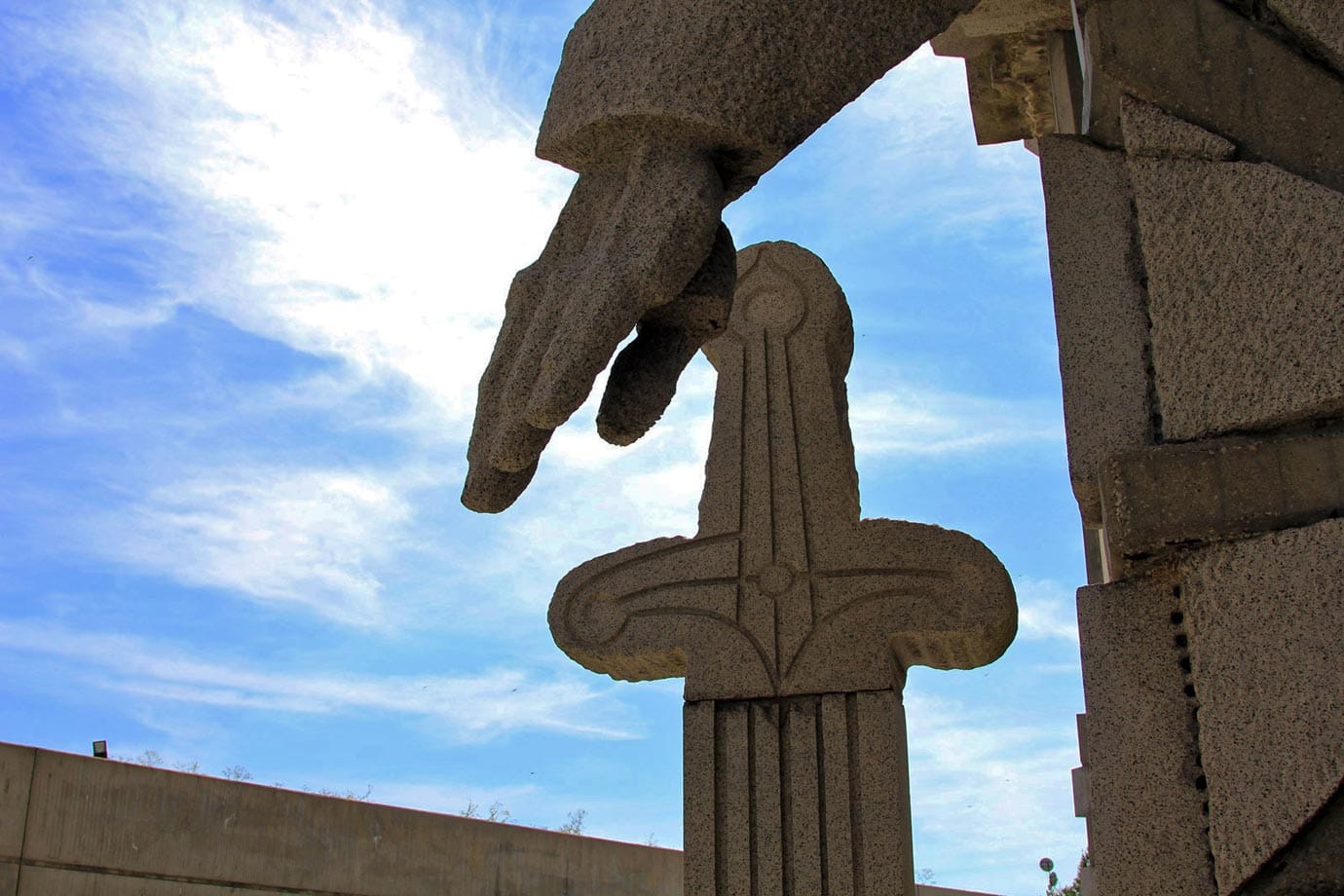 The monument, also known as the ‘Founders of the Bulgarian State Monument’, was built by Krum Damyanov and Ivan Slavov, and the cubist-style memorial was opened in 1981 to commemorate the 1,300th anniversary of the first Bulgarian empire. It sits at 450 metres above sea level, which means it can be seen from 30km away. Whichever way you look at the monument of Shumen, whether up close or from far away, it is an incredibly impressive site.

21 sculptures symbolise the establishment, development and progress of the Bulgarian state in the period of the 7th to 10th centuries. 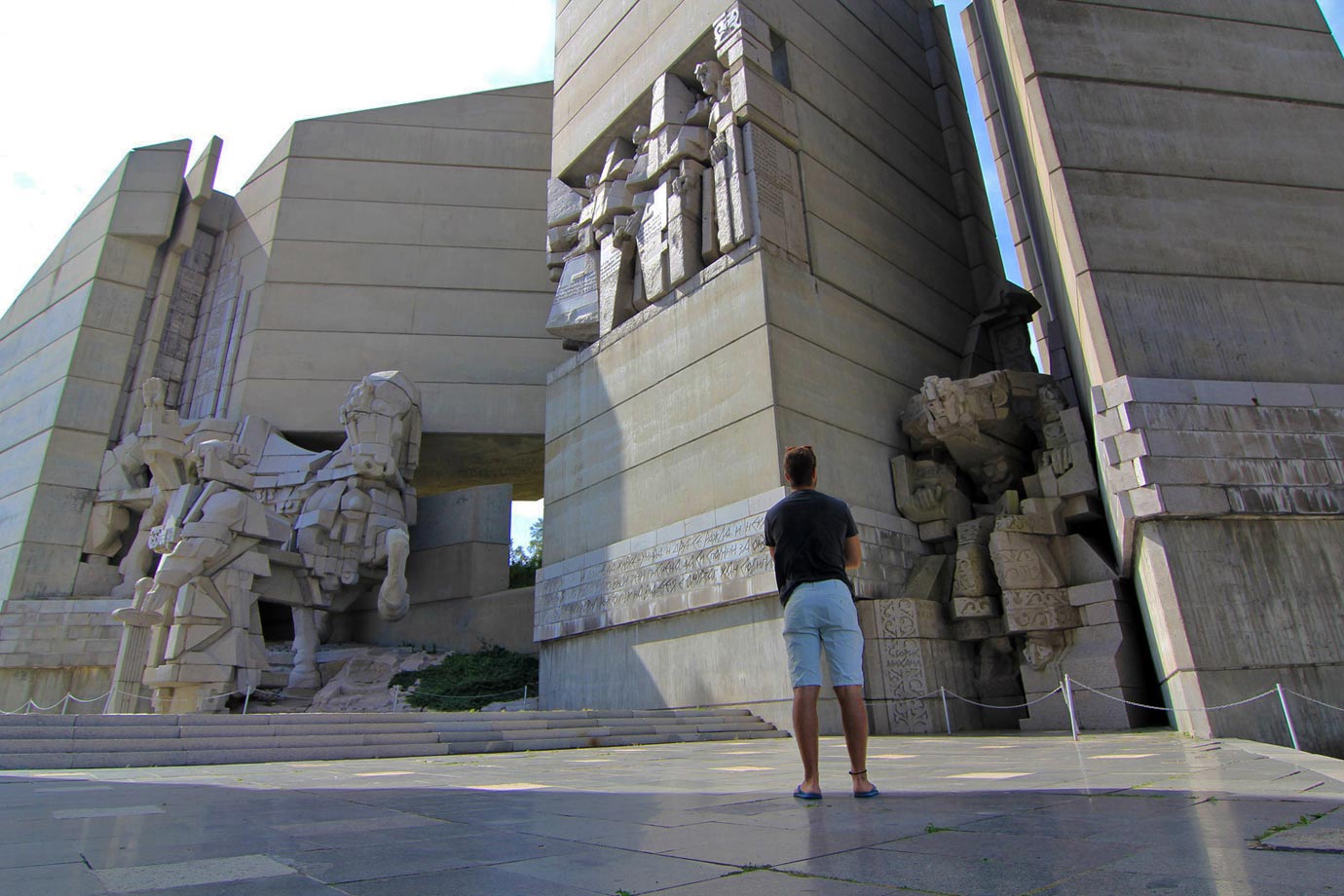 Khan Asparuh (who is considered to be the founder of Bulgaria) is depicted first, standing with his sword stuck in the ground, hands raised and pointing in different directions to where the Bulgarian state will be.

His sculpture is followed by the 18 metre-tall sculptures of Tervel, Krum, and Omurtag (Bulgarian khans who reigned in the 8th and the 9th centuries). They are surrounded by fragments of old Byzantine chronicles depicting a time almost forgotten.

The wise thought of Khan Omurtag, a mantra for the country, is inscribed beneath them: “Even if a man lives well, he dies and another one comes into existence. Let the one who comes later, upon seeing this inscription, remember the one who had made it… And the name is Omurtag, Kanasubigi.” 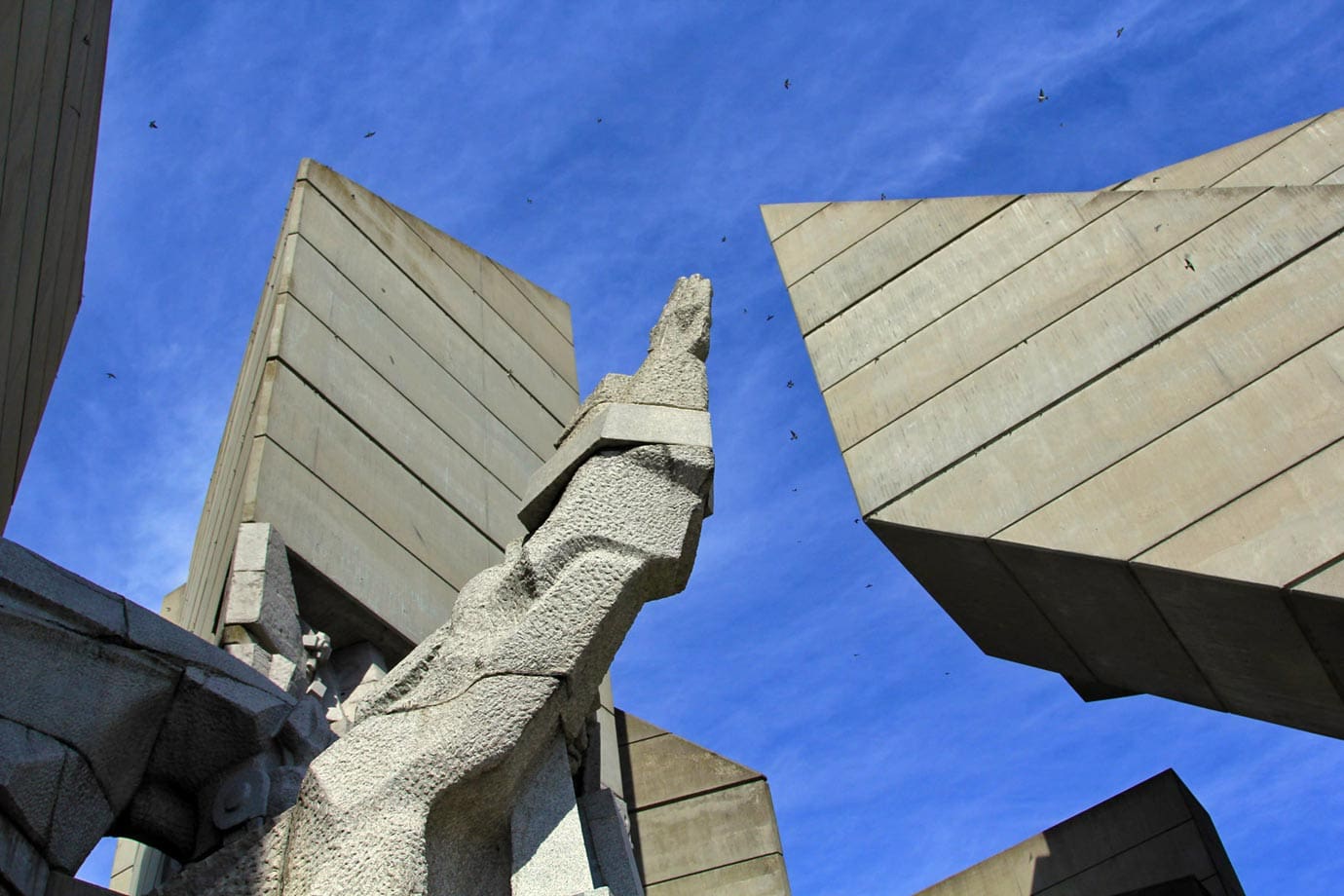 It is easy to forget just how old Bulgaria is as a country and this monument at Shumen really highlights that fact. Even though it was built under the communist period, and even though the design is distinctly communist, the deeper meaning of the statue isn’t communist at all.

The monument of Shumen to the founding fathers of Bulgaria is exactly that – it is celebrating the past, not the communists.

I spent about an hour and a half walking around the site at Shumen and I only came across two other people; otherwise I had the place to myself. This is a site not many people go to. I wanted to go to a place where there were no tourists, and I found it. 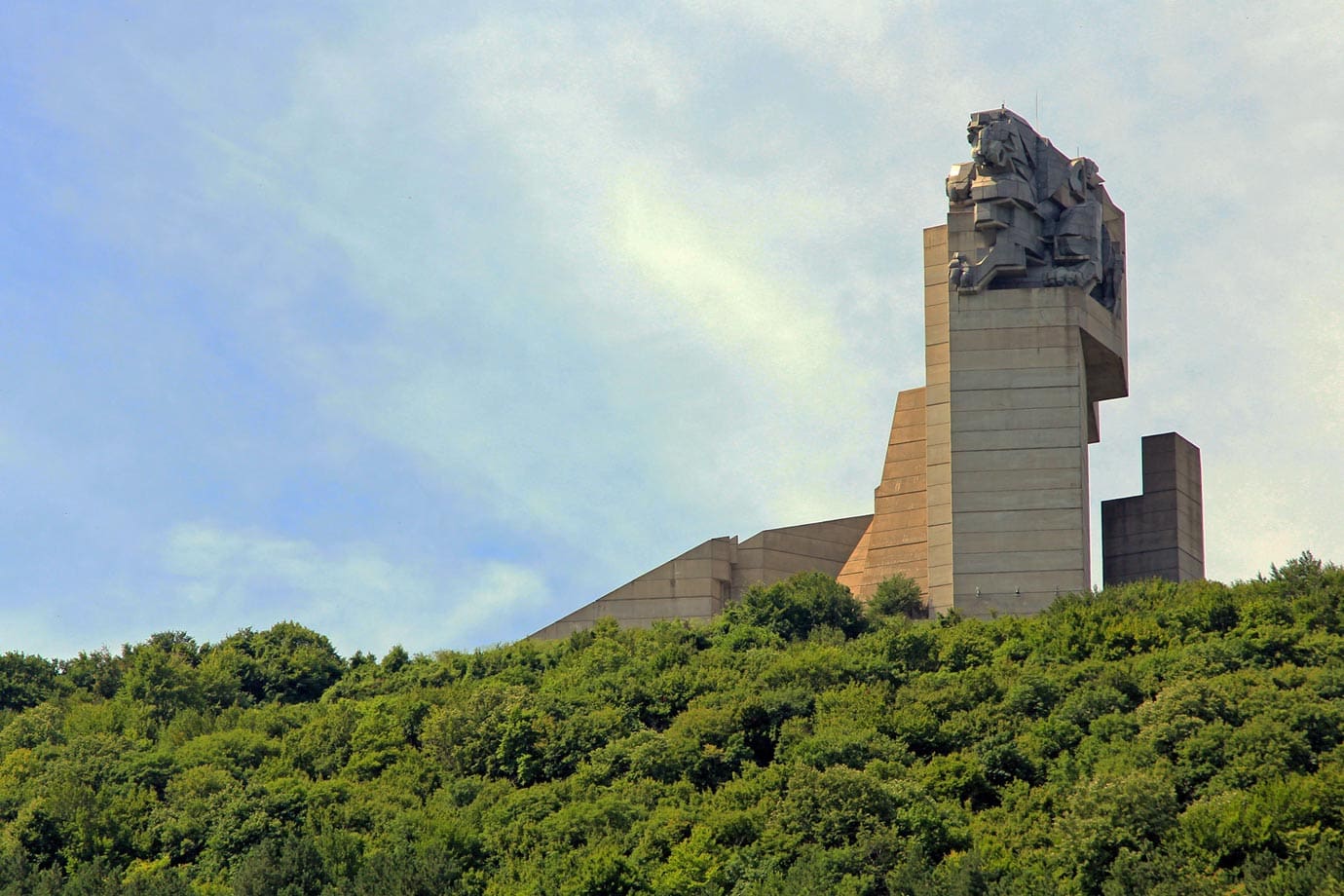 Once I had finished I decided to walk down the stairs back into Shumen, all 1,300 of them. Each step represents a single year for the 1,300th anniversary up until the moment the monument was opened to the public. The stairs lead through the park right into the very heart of the town, and it takes about 30 minutes to walk.

Back in town, I turned around and looked up to the monument of the founding fathers of Bulgaria high up on the hill. In my eyes, not only are they looking over Shumen but the whole of Bulgaria. 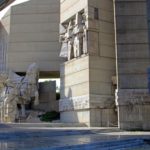 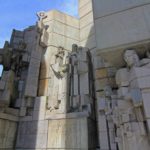 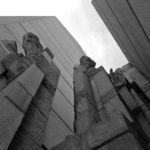 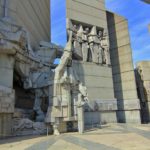 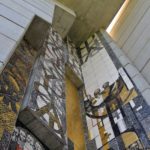 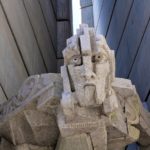 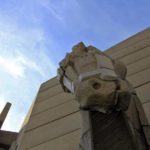 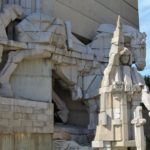 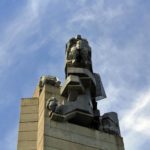 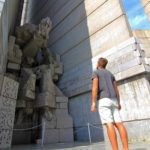 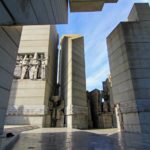 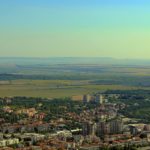 It is good to read a different point of view. I live in Shumen and it is great when it comes to tourism (and not only). If you want a friendly, calm environment it is the place for you to live. It is not just the Monument, but it is great that you pointed it and the way you analyse it. More bulgarians must read it, cause they seem to have forgotten what they have and who they are. Shumen is a place with great culture, mainly because of the various cultures gathered in not so big place - Bulgarians, muslims, jews, armenians. These groups have been living together for the past 500 years so it is a colorful mixture which left its influence everywhere - from culture, cuisine to nightlife. There is only one flaw, but curable one - there must be investments in it and high-tech, so to use the capacity of the university. It would draw back all the young people who work elsewhere.

Thanks Stanislav, I really appreciate your detailed comments!

Sometimes when you're so used to seeing something such as the monument at Shumen, you become so accustomed to it that you only ever seen it in one way, and that becomes your view in regards to other things too, you know?

But I completely agree with you. From what I saw, Bulgaria had all the ingredients for an incredibly successful future, as long as the investments happen soon. I for one will watch what's happening in the country with a keen eye.

Thanks for commenting again.

Niceee article : ))) this is my hometown and it is great that I had the chance to see how the foreigners see it. Sometimes we forgot what we have and we don't estimate it very much. Thank you : )))

No worries Evridika, and I'm really glad you liked the post!

Yeah, it's very easy to forget what you've got in your hometown. I come from Colchester, the oldest recorded town in England, and I forget that fact so many times, and it's only when foreign friends come to stay with me that I remember just how amazing and beautiful home can be!

As for Shumen and Bulgaria, I had a really great time travelling around. You've got a pretty special country there Evridika.