Sunlight filtered through the trees, dust dancing across the path, lighting the way. In the distance was a steady roar, growing louder and louder with each step until it was all we could hear.

After 10 minutes of walking in silence, seemingly awed by the beauty of the forest we were walking through, we eventually could see the visage of what we were here for; Salto el Leon, the wondrous waterfall in the Araucaria region of Chile. 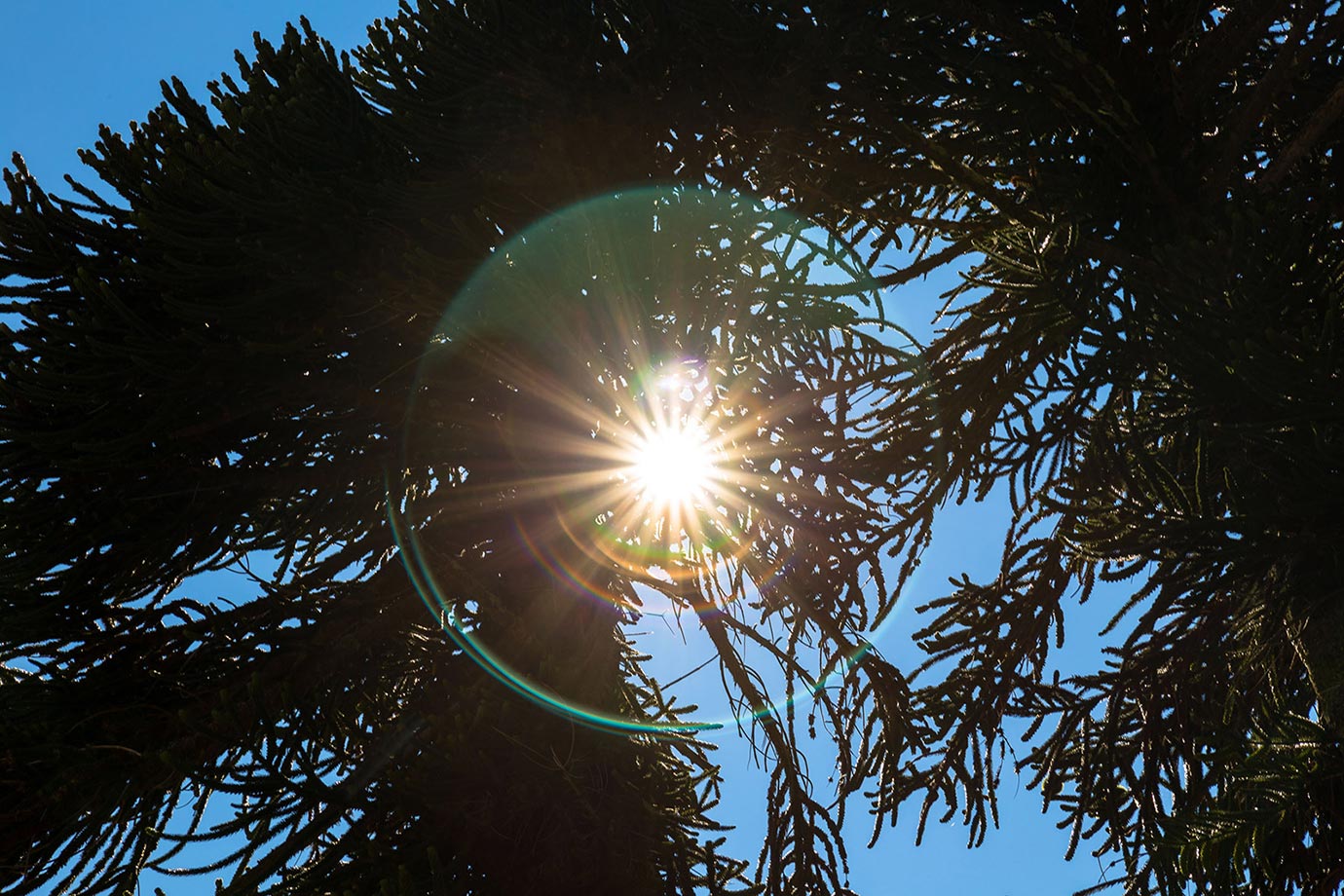 That morning saw us meeting Sarina and Caleb from Elementos Chile, our guides for the day, just on the edge of Pucon.

Sarina has been living in Chile for the past seven years now (she first came to the country 14 years ago), and she’s always been fascinated by the local Mapuche culture, so much so she’s now teaching travellers all about the local way of life here. She’s become so knowledgeable on the subject that she even teaches Chileans about their own history and about their own culture, and she’s very keen to tell them all about sustainable tourism too. 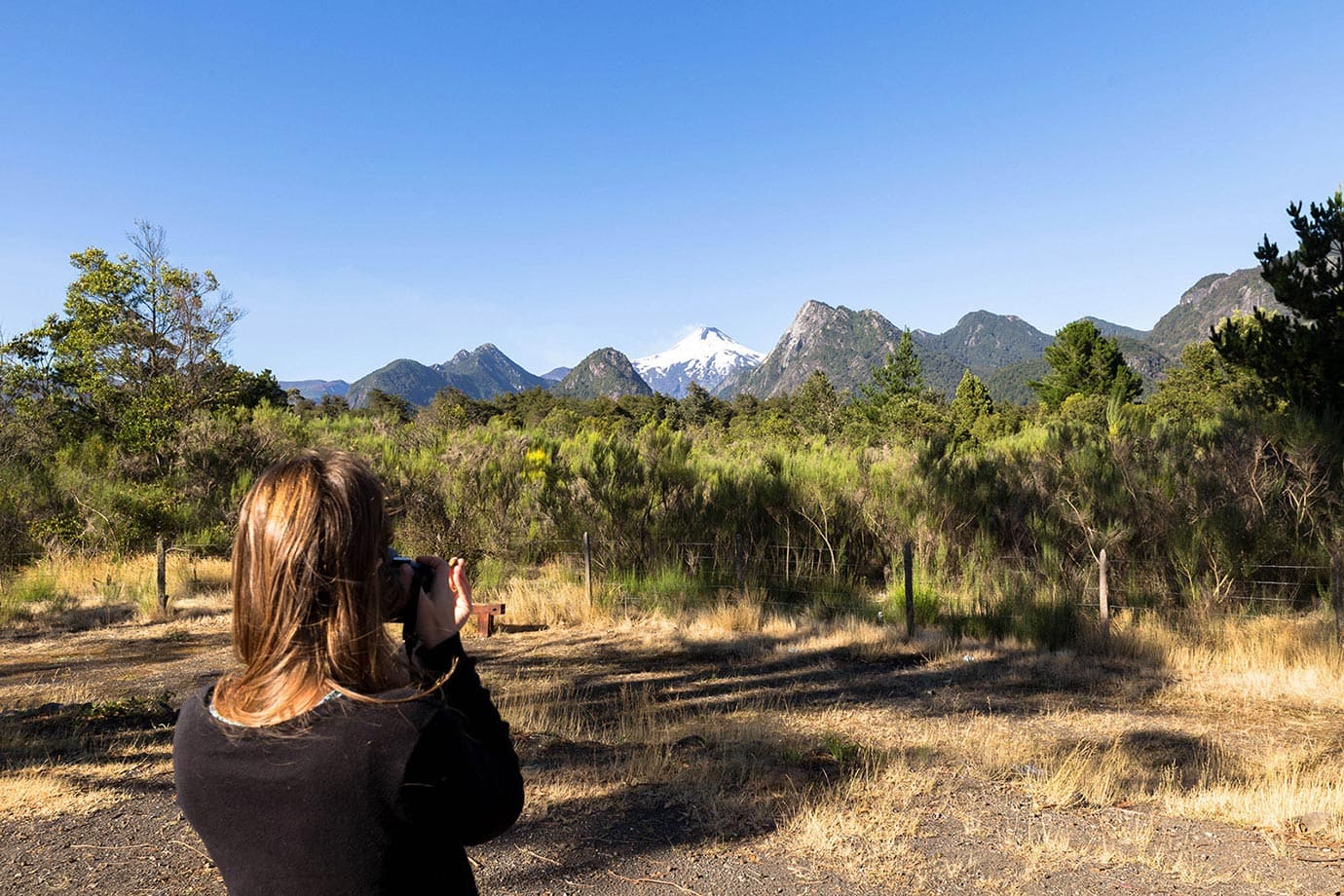 The Mapuche are a group of indigenous inhabitants in south-central Chile, the original landowners before the Spanish conquistadors came in the 16th century, and it is thought that there are about 1.6 million Mapuches still living in the area (to put that into context that’s about 9% of the total population in Chile).

The name Mapuche literally translates to “people of the land”, and today there are still huge issues over who owns the land, who has the right to live here, and this is something Sarina is keen to talk about.

Like a number of indigenous communities around the world, the local Mapuche have been somewhat downtrodden with a number of their rights stripped away (the Mapuche people were moved out of their land into different territories by the government in the 19th century), but in Sarina they have someone who’s keen to educate foreigners and locals alike to keep these traditions alive before they’re lost, and for me it was great learning all about a group of people I knew next to nothing about. 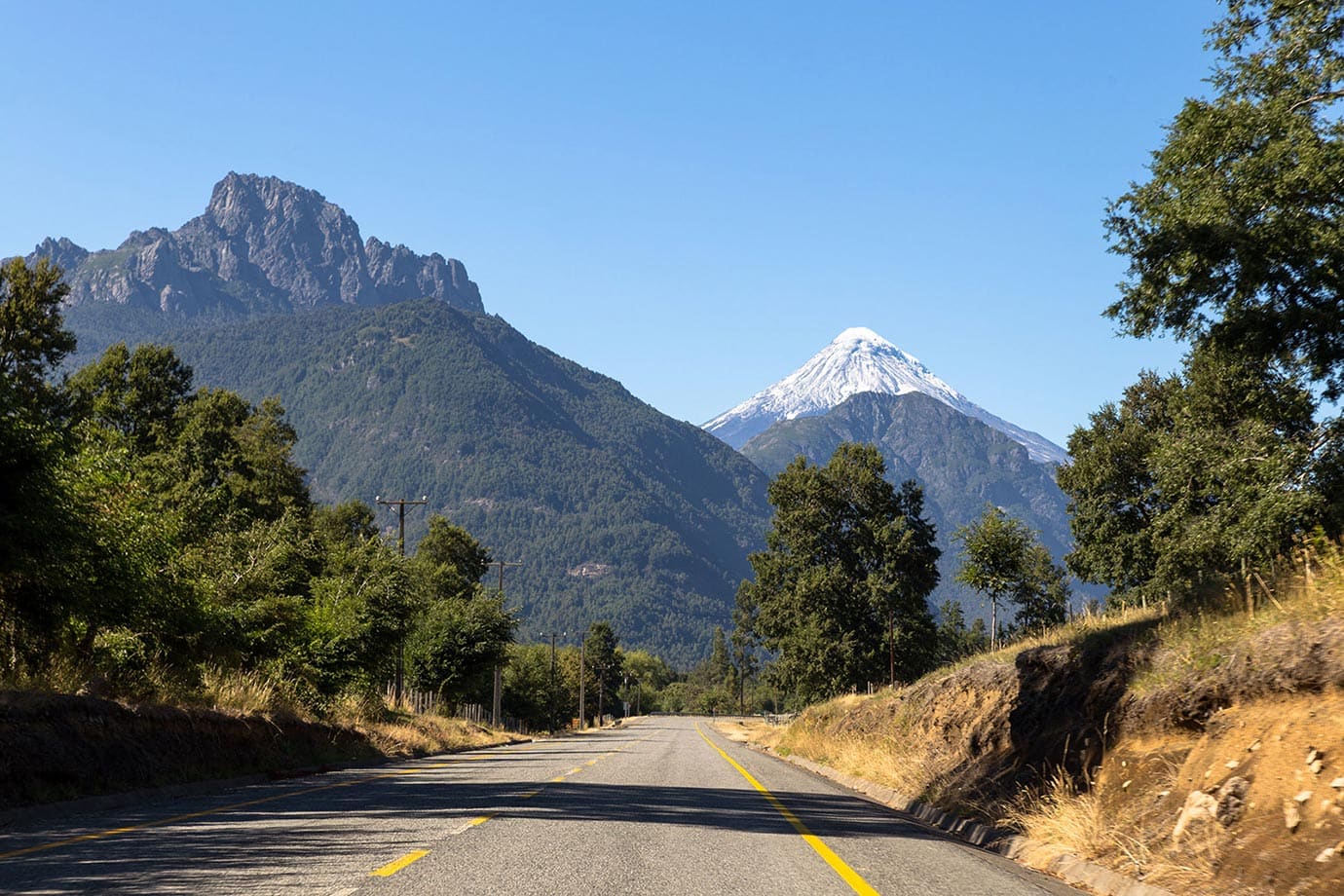 Driving around in Sarina’s 4X4, the first place we went to was Paso Mamuil Malal, the Chilean/Argentinian border. Here, she wanted to show us how the Mapuche really are people of the land, at how they know no borders.

With a number of Mapuche living on both the Chilean and Argentinian side of the border, at first they were confused with why they had to start using a border crossing point to go from one side to the other. As they argued, they never had to do this before, and they couldn’t really understand why they should start doing so now, so, instead, they just did as they’ve always done – cross the border through the forests, through the land that they know inside out for centuries, and just not use the border crossing point. I like that.

Very close to the border is Lake Quilleihue, and with the view of Volcano Lanin in the background and monkey puzzle trees surrounding the area, you can see that this is a special place. Almost to signify that, while we were standing by the lake we saw a family of seven condors flying high over the mountains, their huge size evident even from where we were. 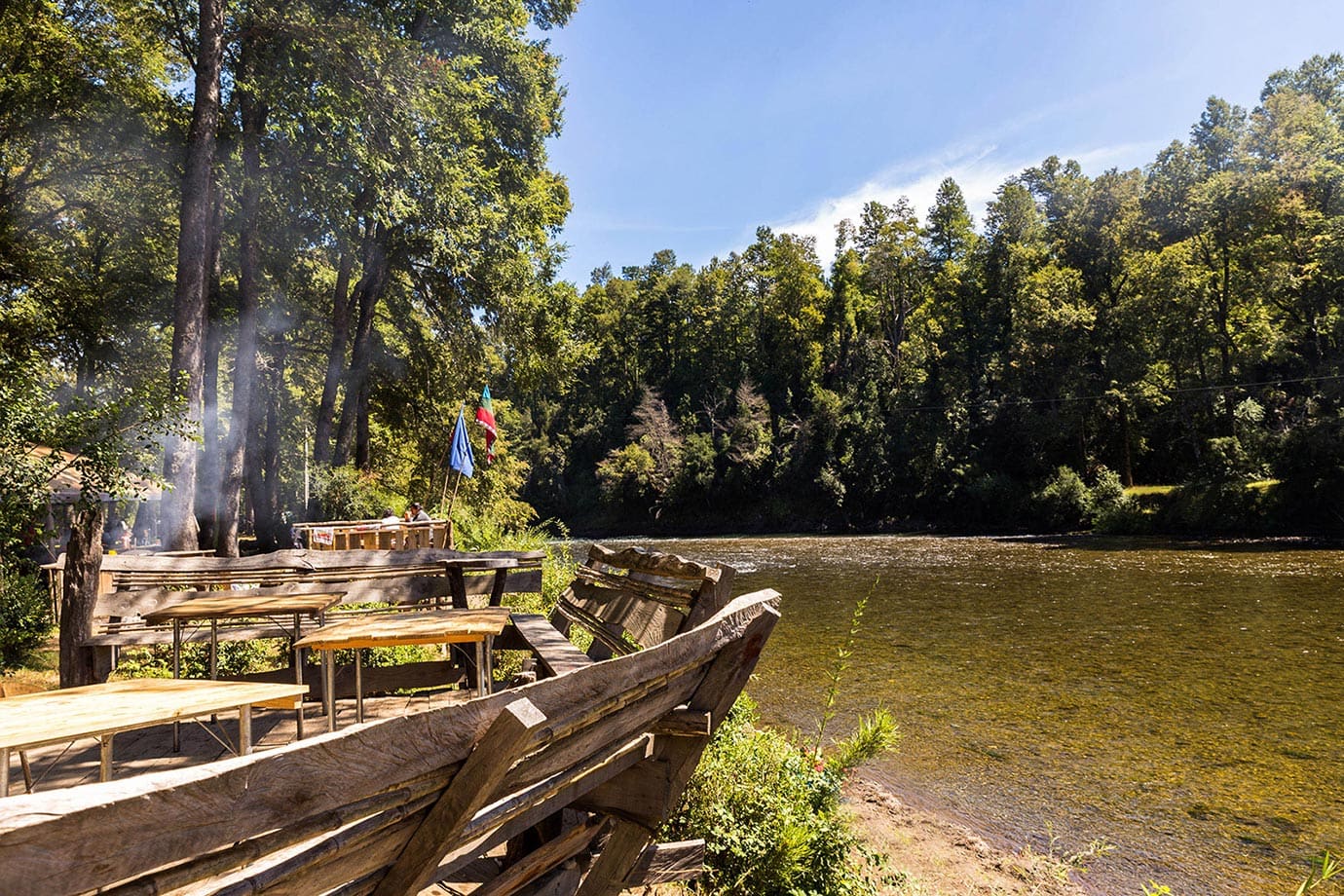 From the Chilean/Argentinian we drove to a honey farm and onto lunch at Feria Walüng.

This place is about 30 minutes from Pucon, and it is now a cultural hub for the Mapuche, a place for them to show off their arts and crafts, and of course their cooking.

These days it is very popular for Chileans to come and learn all about the Mapuche here over mudai (a semi-fermented barley drink that’s quite sweet but refreshing) and a merken-style Araucana (the way they bbq; make sure you try the lamb).

Having a place for the Mapuche to sell their work, for them to cook and interact with people, it gives them a chance to keep their traditions alive, and you couldn’t ask for a more beautiful setting for it too. 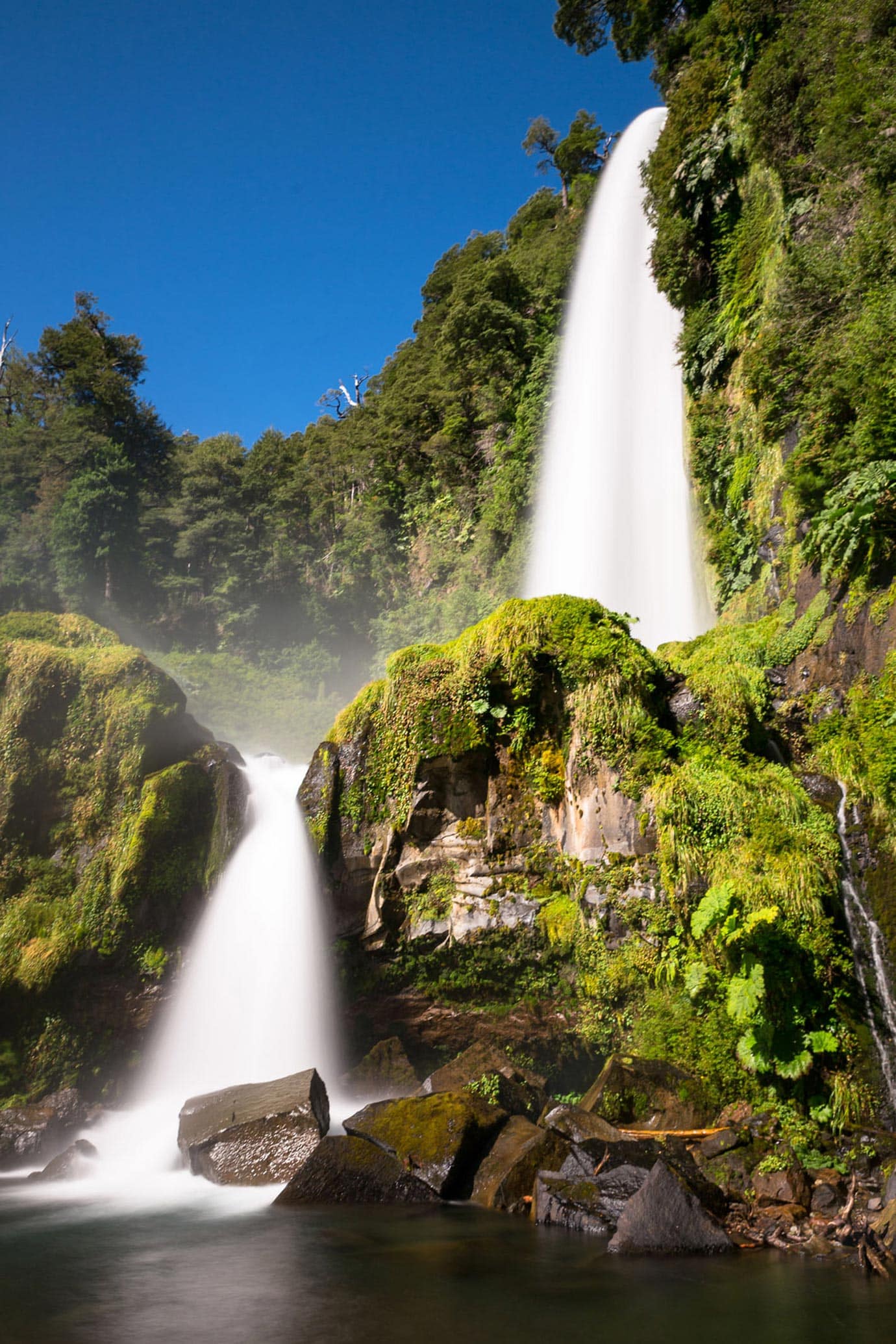 After lunch Sarina took us to Salto el Leon, obviously leaving the best till last.

Here, we were greeted by one of the most beautiful waterfalls I’ve ever seen. After walking through the cool and languid forest, you really could hear the waterfall getting louder and louder with each step, only increasing the excitement and anticipation.

Finally, once you see it, you can see why the Mapuche fell in love with this land, why over the centuries they’ve never wanted to leave.

Down by the water’s edge were a few locals playing around in the rock pools, enjoying the area just as much as we were. All of us picked a rock ourselves and just stared up at the waterfall, overawed by the sheer power and beauty of it. 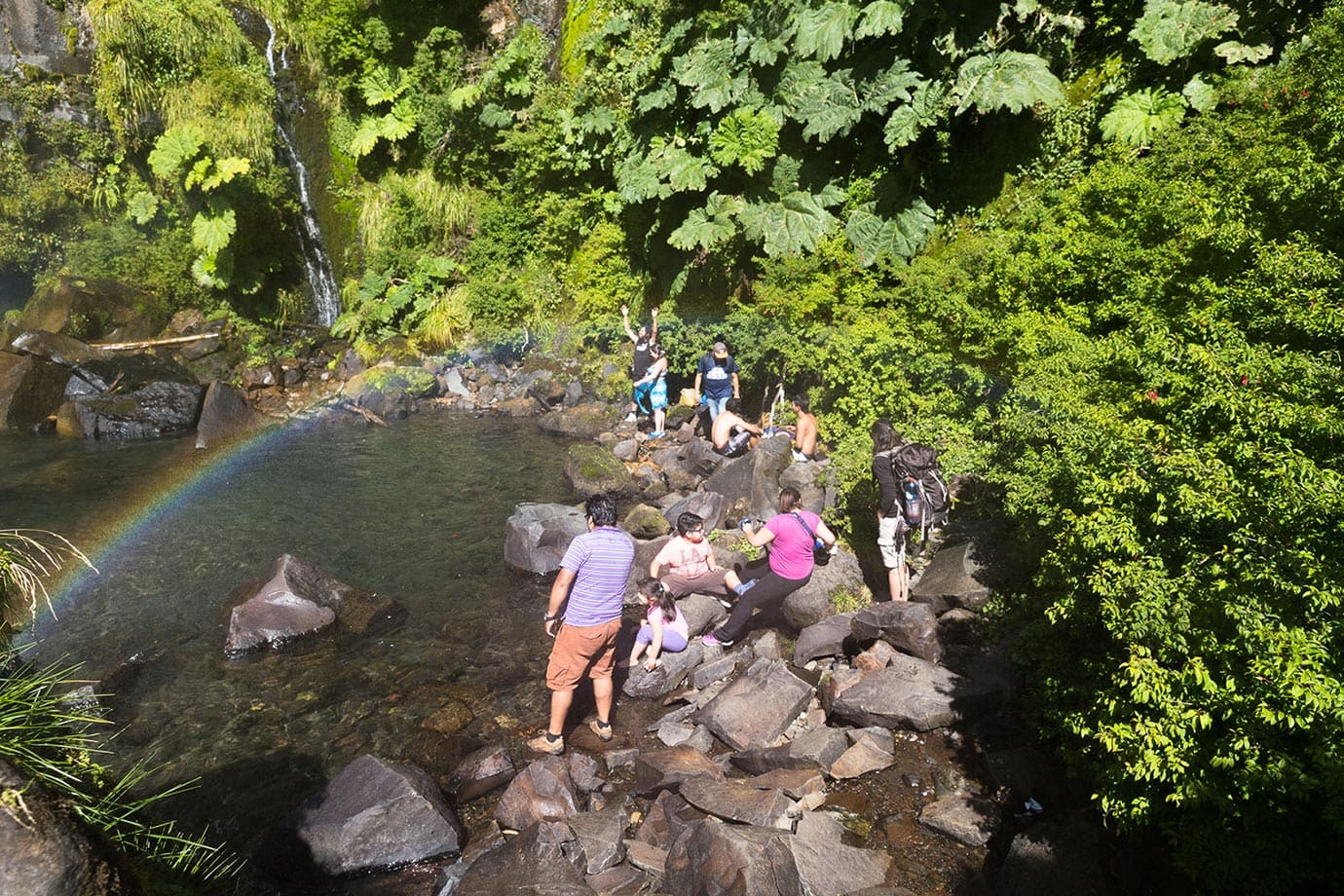 For our final stop, we went to another Mapuche village for some mudai to wind down and finish off the day.

Like a lot of indigenous communities in South America, the Mapuche really do rely on tourism, both from foreigners and locals, to survive and make a living, and after hearing their stories, seeing the land that they come from, it really is a way of life worth seeing for yourself.

A full day tour exploring the area of Pucon and learning all about the Mapuche culture with Elementos Chile costs £64 ($84) and includes all transport costs and lunch. Also, you can create your own tours with Sarina, picking and choosing where you’d like to go. Just speak to her! 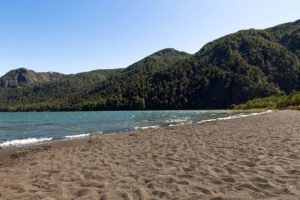 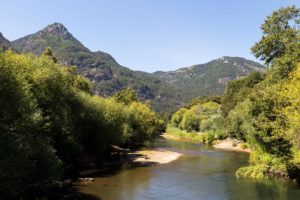 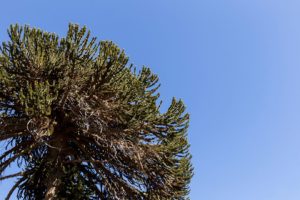 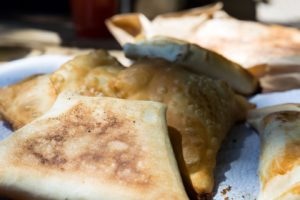 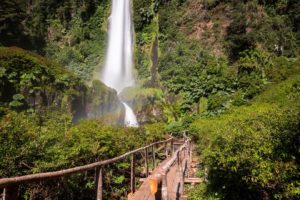 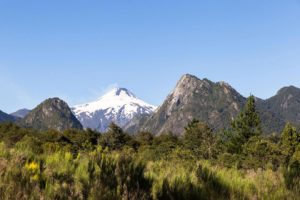 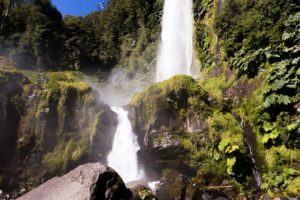 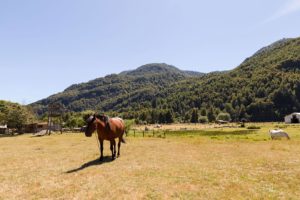 Great article! Thank you for sharing all this information with us. Chile is a rich country in which you can see many different landscapes without even leaving the country. It's a really amazing place to know!

Amazing! I'm really glad you liked my article and thanks very much for commenting - Chile really is an incredible country and there's so much to see and do there!