Seriously, if you want to save yourself thousands of pounds and all the stress, don’t make the same travel mistakes as me…

I fuck up. I’ll admit that. What’s harder to admit though is that I fuck up a lot. When it comes to travel mistakes, I seem to make a lot of them.

At the moment I’m writing this on a plane to Greenland after just forking out an extra £300 that I didn’t expect to spend. All because I fucked up.

What did I do? Well, I booked my first flight to Kangerlussuaq but not onwards to the capital Nuuk where I was supposed to be filming. Basically, I wasn’t booked onto the correct flight. All my fault of course.

So, without any choice, the cost of a last minute ticket just 50 minutes before departure was £300. I guess it’s good to know these things for the future! 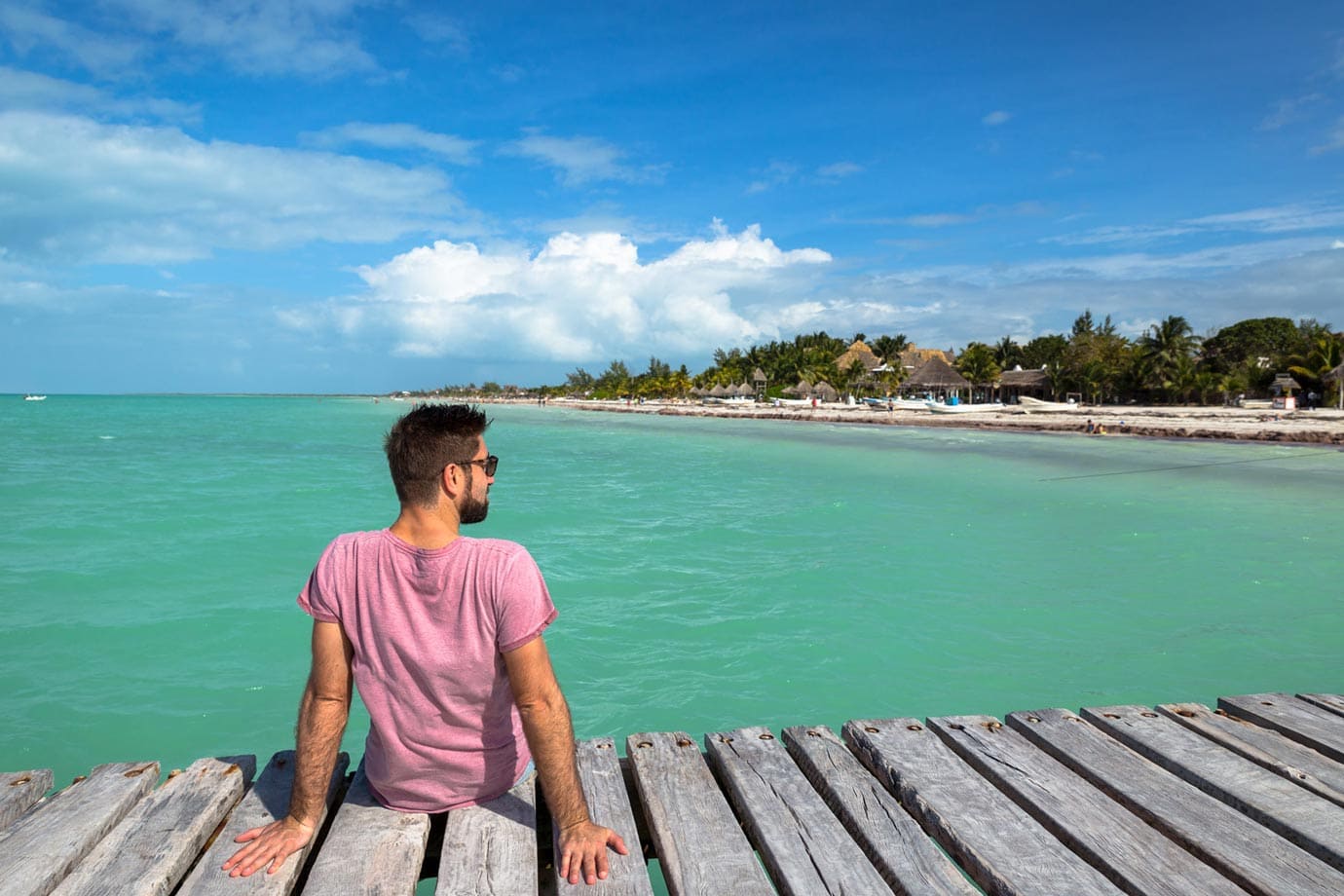 The thing is I still fuck up at an alarming rate. Hopefully after reading this you won’t make the same travel mistakes as me!

I pen this article in the hope that a) you’ll learn from my travel mistakes, save yourself thousands of pounds (yep, that’s how much it’s cost me over the years), and won’t do any of these things, or b) if you do fuck up, it’s okay, we all do it!

So, in order of least stupid to most stupid, these are my biggest travel mistakes:

1. Not going to the hospital with amoebic dysentery while in Bangladesh. Cost = two weeks of my life

Even though this didn’t cost me any money, it did cost me about two weeks of my life.

While travelling in Bangladesh, I ate an extremely old and semi-pink fish while in the capital Dhaka. The next day I couldn’t touch food or water without throwing up all over the place.

Now, in situations like this I turn to my dad, an especially sensible option when he’s a doctor.

After detailing exactly what happened and all my symptoms, he said: “Son, you’ve probably got amoebic dysentery. My advice to you not just as your dad but as a doctor is go to the hospital, get yourself on a drip and flush it out.”

So what did I do?

Nothing for five days, still puking, until dad eventually told me to go to the pharmacy and buy some Amebicides, my cure and road to recovery which took another nine days.

All in all, I could’ve saved myself a lot of time (and money) if I just listened to my dad in the first place and went to the hospital. To avoid this travel mistake, always take the good advice of a doctor! 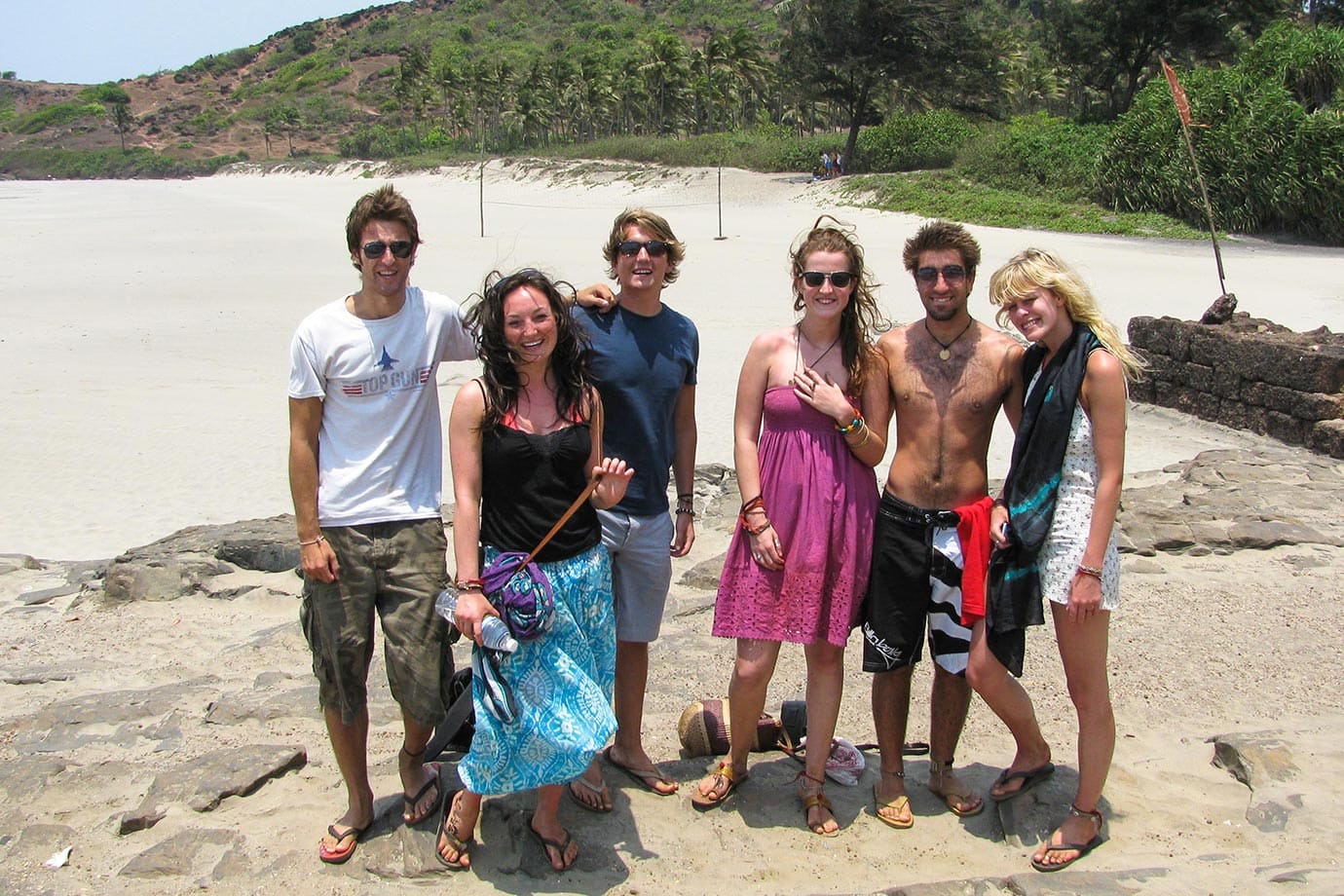 2. Leaving my laptop in a toilet at Atlanta airport before flying onto Santiago, Chile. Cost = £160

My only excuse here was I was dead tired, but I somehow managed to forget the fact that I was carrying a large 2kg laptop around with me.

I remember finally waking up on our decent into Santiago, sitting bolt-upright, and saying to my partner Chloe “Shit. I’ve left my laptop in the toilet!”

Many of you might think that they’d just destroy any unattended items found at an airport, especially in the States of all places, but after a million phone calls and two weeks of worrying whether I was going to see my laptop again, Atlanta airport and UPS eventually sent it out to me.

That ‘wonderful’ service only set me back £160. One of my stupidest travel mistakes. 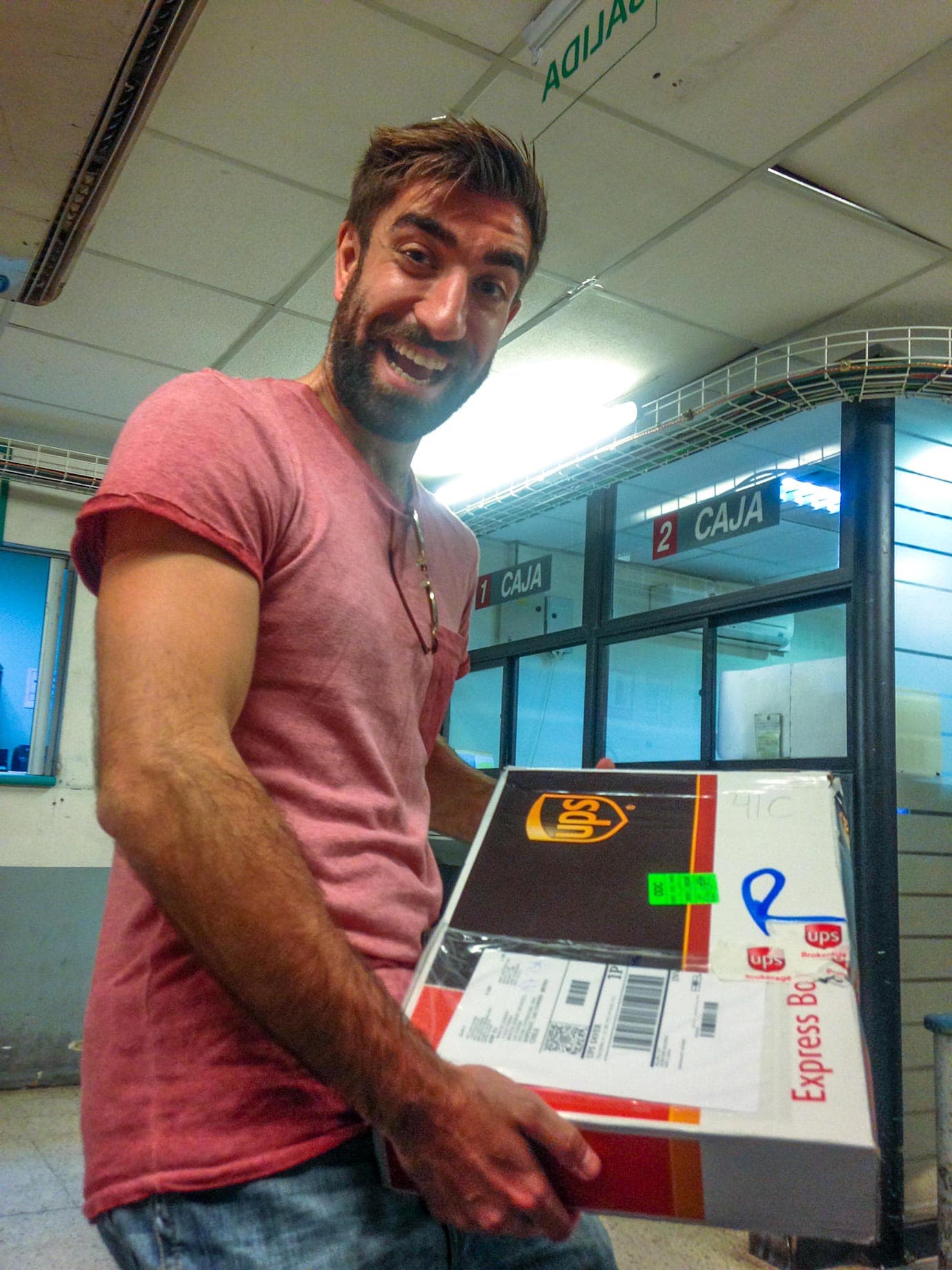 3. Not getting car insurance in Sicily and then crashing it… three times. Cost = £240

When Brian said “Are you sure you want to drive?” I was adamant that I was the best man for the job.

I’ve driven in Europe countless times before, all without incident I might add, so when it came to driving in Sicily I jumped at the opportunity.

However, the unbelievably narrow streets and crazy drivers somehow lead to a complete loss of confidence, and I quickly racked up no fewer than three prangs on that thing.

The only saving grace was on the last night, only hours from returning the rental car I smashed into a curb resulting in a puncture. Once we returned the car, the first thing they noticed was the tiny, bright orange spare wheel and thankfully not all the other dents and scrapes in the car. The one could’ve cost me a lot more and luckily I didn’t have to claim abroad. 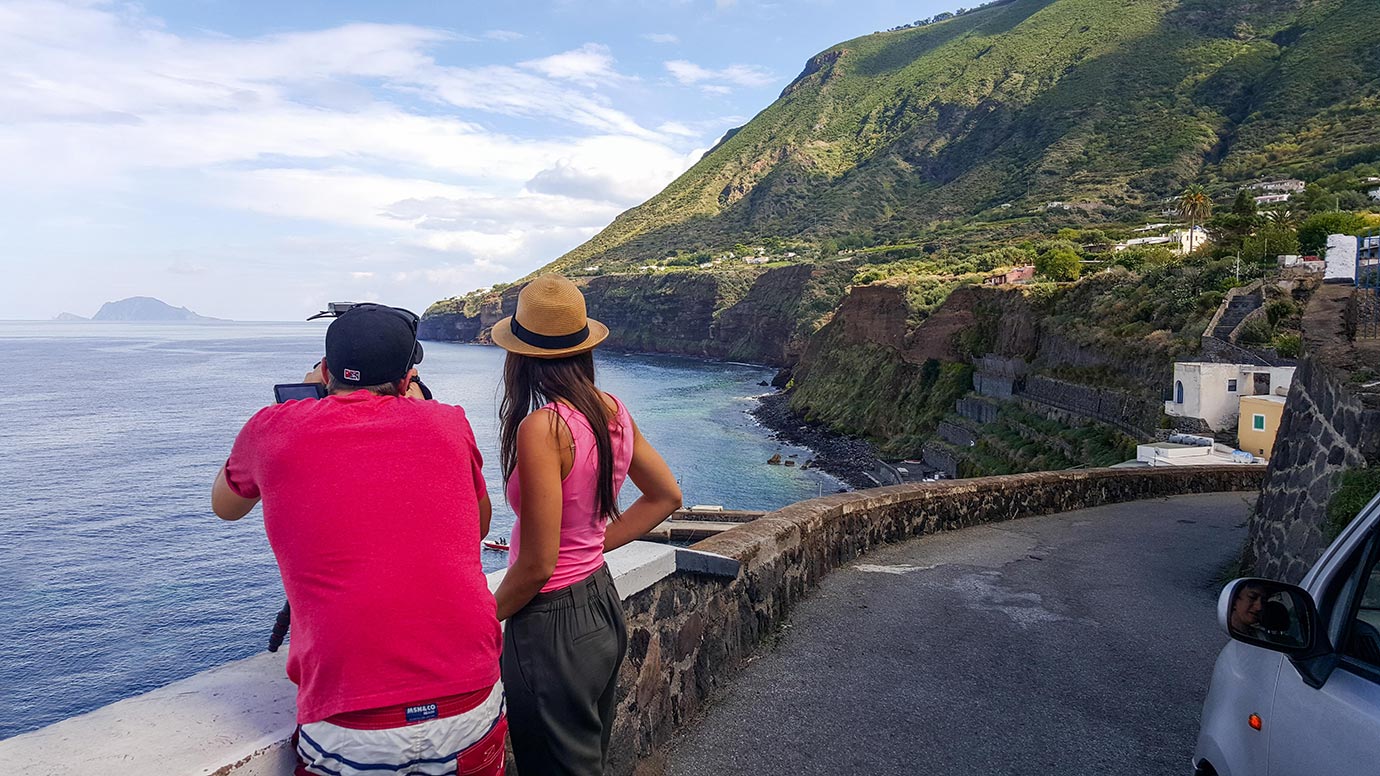 4. Arriving at the airport 50 minutes before departure and realising I hadn’t booked my onward connecting flight in Greenland. Cost = £300

This ranks up there as one of the stupidest things I’ve done in my life, but despite the fact that I fly dozens of times a year it seems like the occasional flight can still slip under the radar.

I managed to book the first flight from Copenhagen to Kangerlussuaq fine, that I did do, but when Brianna said “You see, I told you, there is a connecting flight to Nuuk,” I quickly looked at my boarding pass and realised what I’d done. Not booked my connecting flight.

Even though this set me back a whopping £300 for a 50-minute flight, there was only ONE flight left on any airline all day, so I guess my luck didn’t completely run out. My advice to you – when you’re booking a flight, make sure you book it to your final destination! 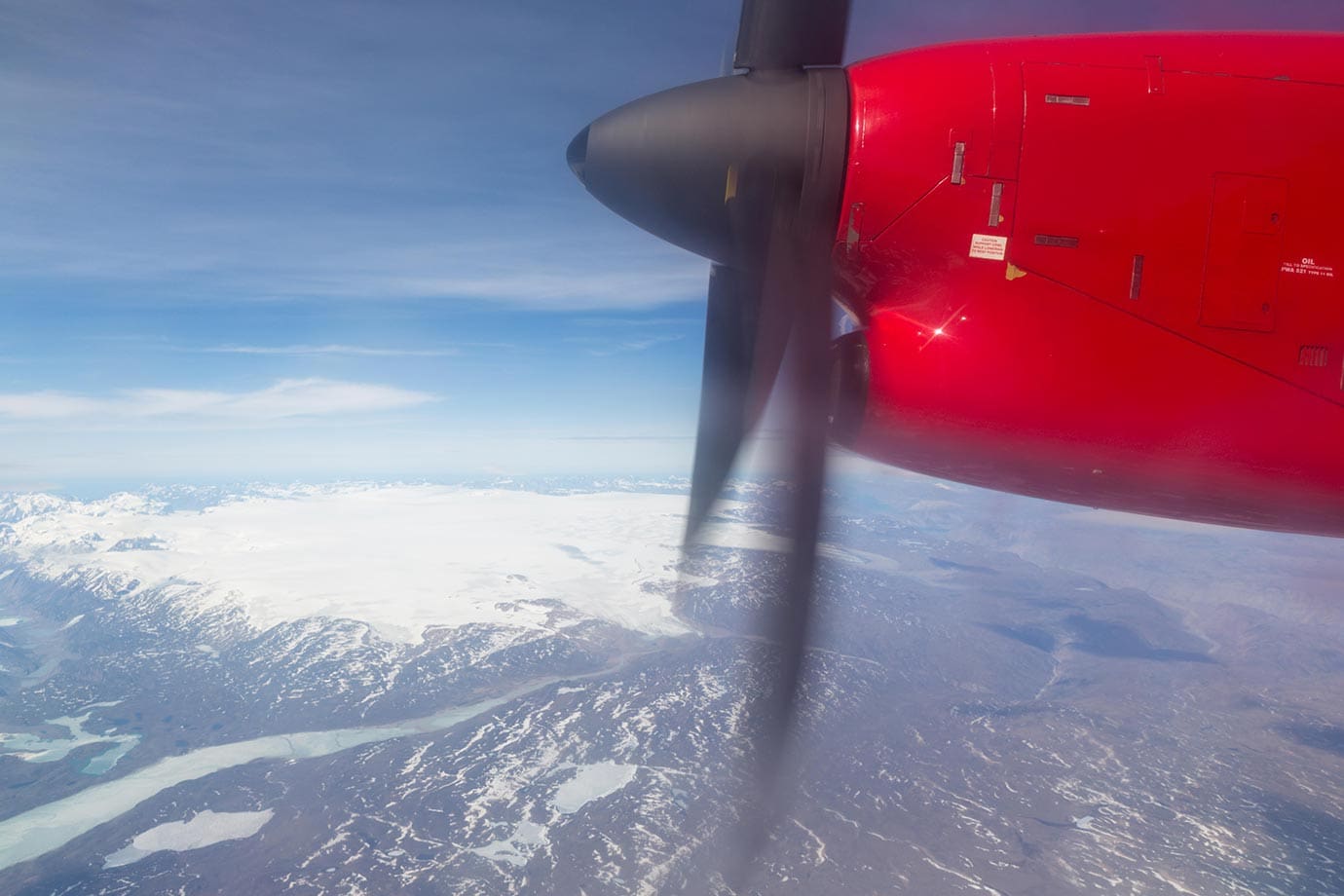 5. Not having camera insurance and then having my camera stolen right from under my feet while in Colombia. Cost = £1,500

Not having insurance is bad enough, but not having camera insurance when travelling with £2,000 worth of kit is just dumb, and I found out the true cost of my mistake the hard way.

While on a bus in Colombia, I had my camera stolen from quite literally under my feet (the guys who did it sat behind me and reached under my seat and somehow managed to take my camera without me noticing a thing).

Obviously I knew straight away that I was fucked, but that one really cost me. Like anyone who’s lost or had their camera stolen “it’s the pictures that are worth more than any money in the world.” These days I have specific camera insurance for all my gear, and I strongly suggest you do the same.

This was such a big travel mistake and one I still regret today. 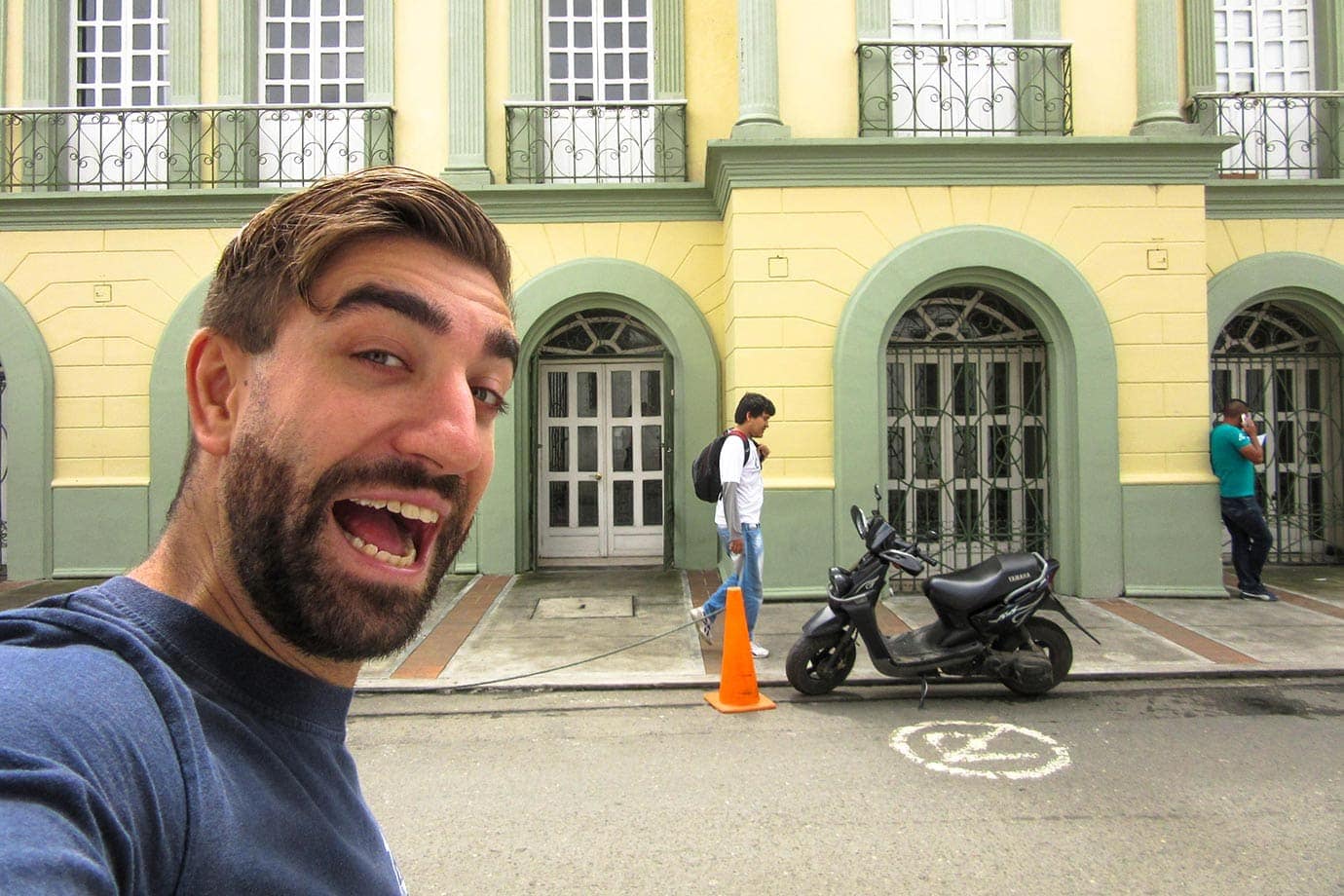 So there you have it. Despite the fact that I’ve travelled a fair amount, I’ve still fucked up pretty badly while on the road, and do you know what, it’s okay!

These things happen, I have no doubt these things will happen again, and at the end of the day they don’t ruin a trip, or at least you shouldn’t let them.

Now that I’ve laid it all out on the line for everyone to see (and hopefully laugh at) I want to hear some of  your travel mistakes. Come on people, I know you’re out there and you can tell me. Just let me know in the comment box below!

Hey dude love the blog and the fuck ups make me feel better about myself, so thanks, have a read of my blog to see some monumental ones over the years!!! Keep giving us your gold!

Omg I read this article in Amsterdam the night before I travelled to Prague in August 2019. I stuffed up badly as soon as I got to Prague Airport. I lost my wallet with about 700 euros & 2 credit cards in it. I was in a panic meltdown. I am still devastated now after 6 days. What advice can you please give me to alleviate this pain? I am Ann Australian traveller & that’s a lot of money in Australian dollars. Thanks.

Hi Nathan, I am so sorry to hear about this - no matter which way you look at it it's such a negative experience and I know how frustrated you'll be right about now. In all honesty, the only thing you can really do is wait it out. Time is the best healer and I promise you, even though it'll still make you sad in years to come, it'll make you less angry. And just remember - everything is materialistic. You'll earn that money again, you'll be a more cautious person because of this experience, and hopefully you'll have a good story to tell too. I am sorry though...

Ha ha ha. And a fair few hundred pounds as well, right!? Yeah, that's one of the more stupid mistakes I've heard in a while. Still, people book the wrong flights all the time, right!?!?!?

It's maybe not that big a fuck up, but I once went to Sweden with only one pair of shoes, the ones I wore to travel in....a pair of knee high boots which the zip broke on when I had to take them off at security...cue me walking thru the airport and getting on plane with big broken boots flapping around my legs! My lesson...I'm a girl, should've known one pair of shoes was never enough. Having to buy new shoes in Sweden = £££!

Now that's something I would've liked to have seen Polly! I have a feeling you could pull of the big-broken-boots-flapping-around-the-legs look!

One of my biggies was shooting in the Sahara and getting caught in a sandstorm. I could see it was quite blustery but I didn't think about how bad it would be if the sand got in my lens... I found out the hard way!

Oh no! Sand is the worst, the enemy of cameras. I can't tell you how many point-and-shoots I've seen go to the grave because of sand (usually when dropped on a beach while drunk!). Still, we learn from our mistakes, right!?