What’s the best way of travelling around Central America – the chicken bus or the tourist bus? Here are the pros and cons of each one!

Whenever travelling around Central America is mentioned, so is the infamous chicken bus. This thing comes with a huge reputation.

The chicken bus is one of the iconic rights of passage for anyone traveling through Central America. But are these old, rickety buses simply a thing to check off the bucket list just to say you did it or are they a reasonable mode of transport while on the road?

What is a chicken bus?

A chicken bus are actually retired American school buses which are now used for local transportation.

Since flying isn’t a viable option for those travelers on a budget (i.e – us), you’ve got to choose between chicken buses and tourist buses. I bet you can guess what I’m going to say, but I’ll say it anyways: Take the chicken bus!

Don’t believe me? Here’s my list of pros and cons for travelling around Central America. 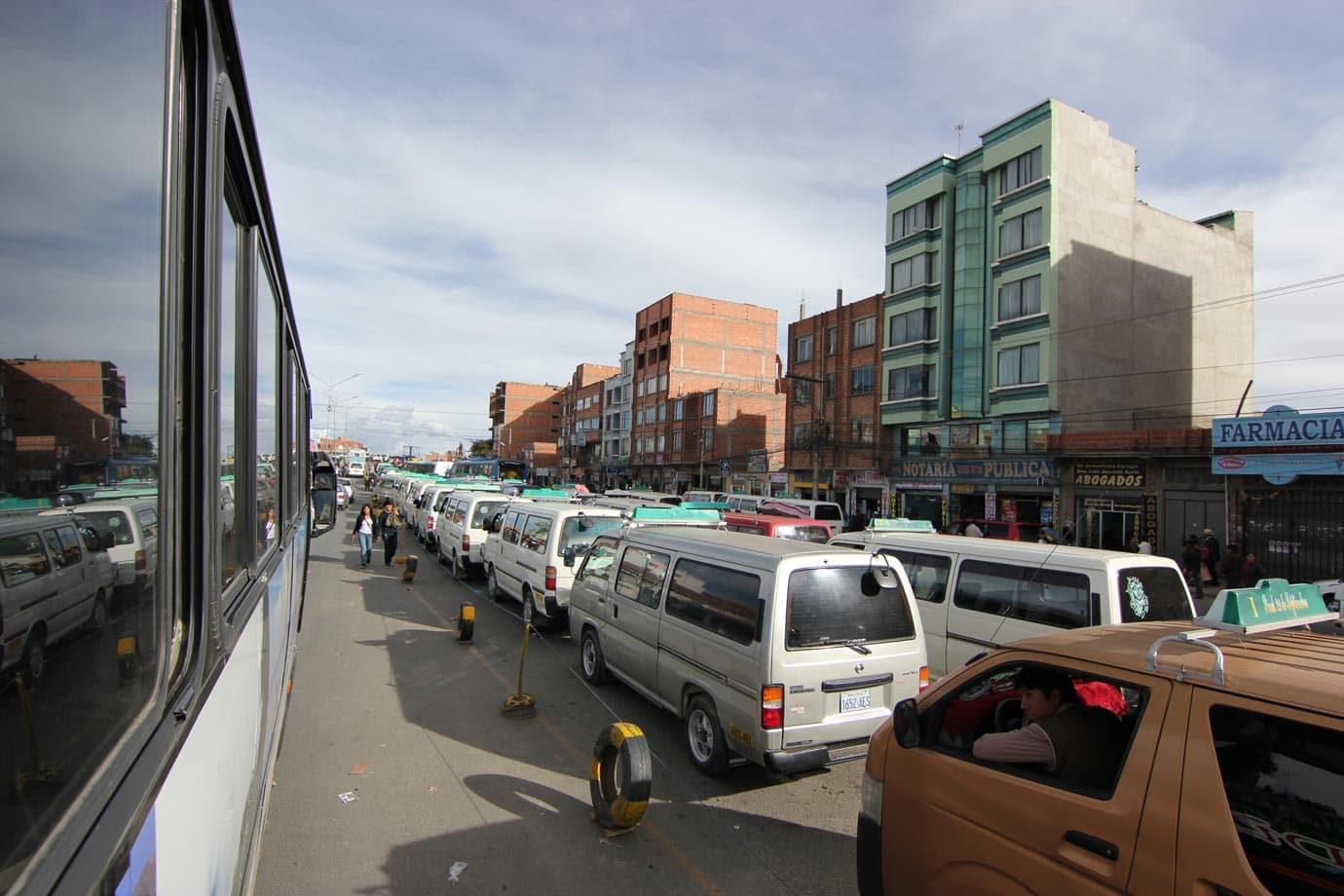 The pros and cons of the tourist bus

PRO – You don’t need to think. They usually pick you up at your hostel or hotel. You’ve already paid for your ticket so all you have to do is wake up and show the driver your receipt.

PRO – There is the possibility that you will have a more comfortable seat, but bear in mind they are still trying to get as many people crammed on these buses (which are actually 15 seater vans) as possible. If you get stuck on the “jump seats” (seats that fold down between the actual seats) you will not be any more comfortable than if you had taken the chicken bus.

And that’s about it. 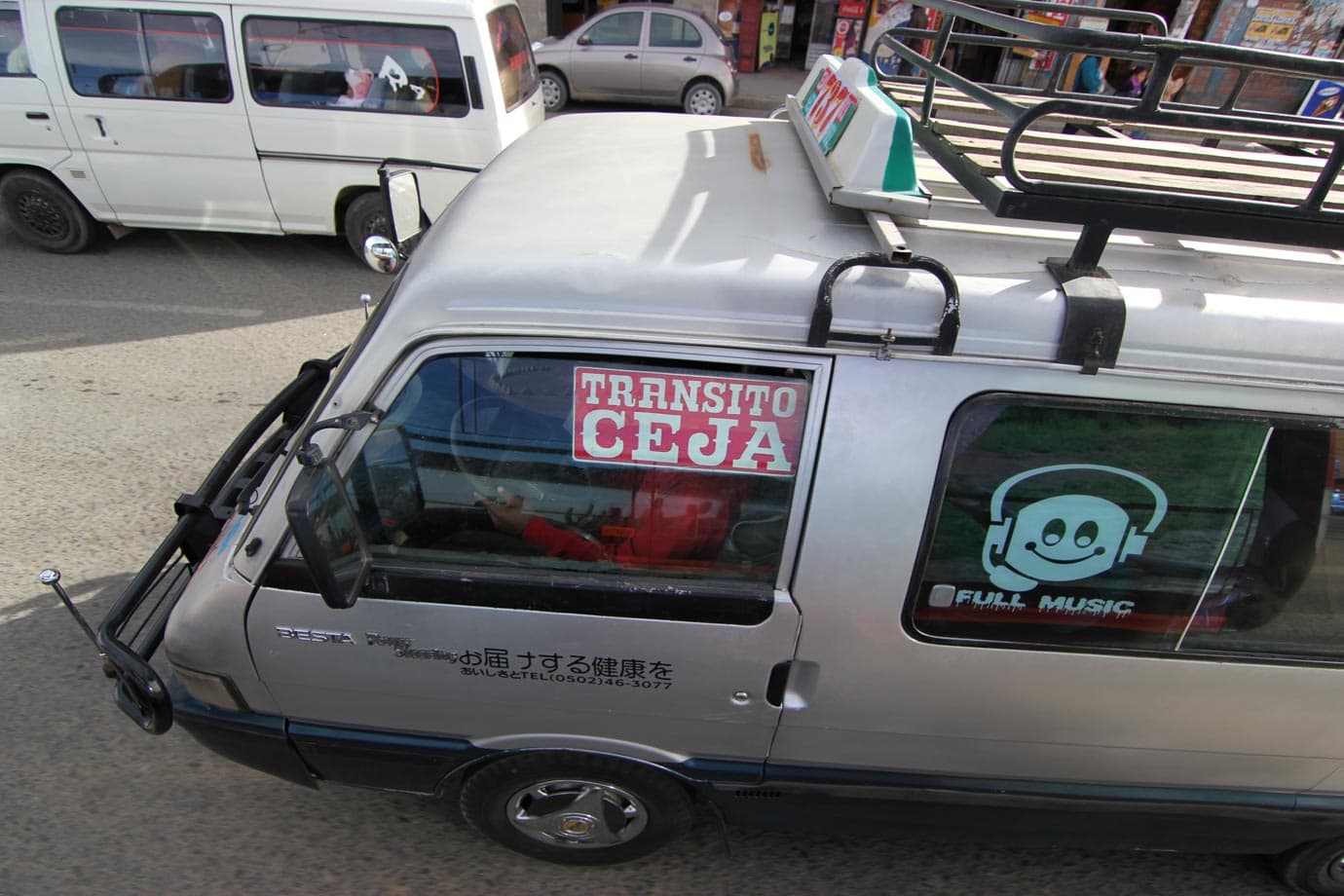 CON – They are more expensive than chicken buses, usually three to four times as much.

CON – They are for tourists, so they go from one tourist location to another. While it was useful when going somewhere like Flores in Guatemala (to see Tikal), it doesn’t give you many options to explore other routes and other places.

CON – Even though they tell you that taking the tourist bus is faster, we found from our own experience as well as hearing from other travelers the opposite. When you factor in the time the driver stops (wherever and whenever he pleases), it often takes the same amount of time as if you had taken a chicken bus, if not longer. 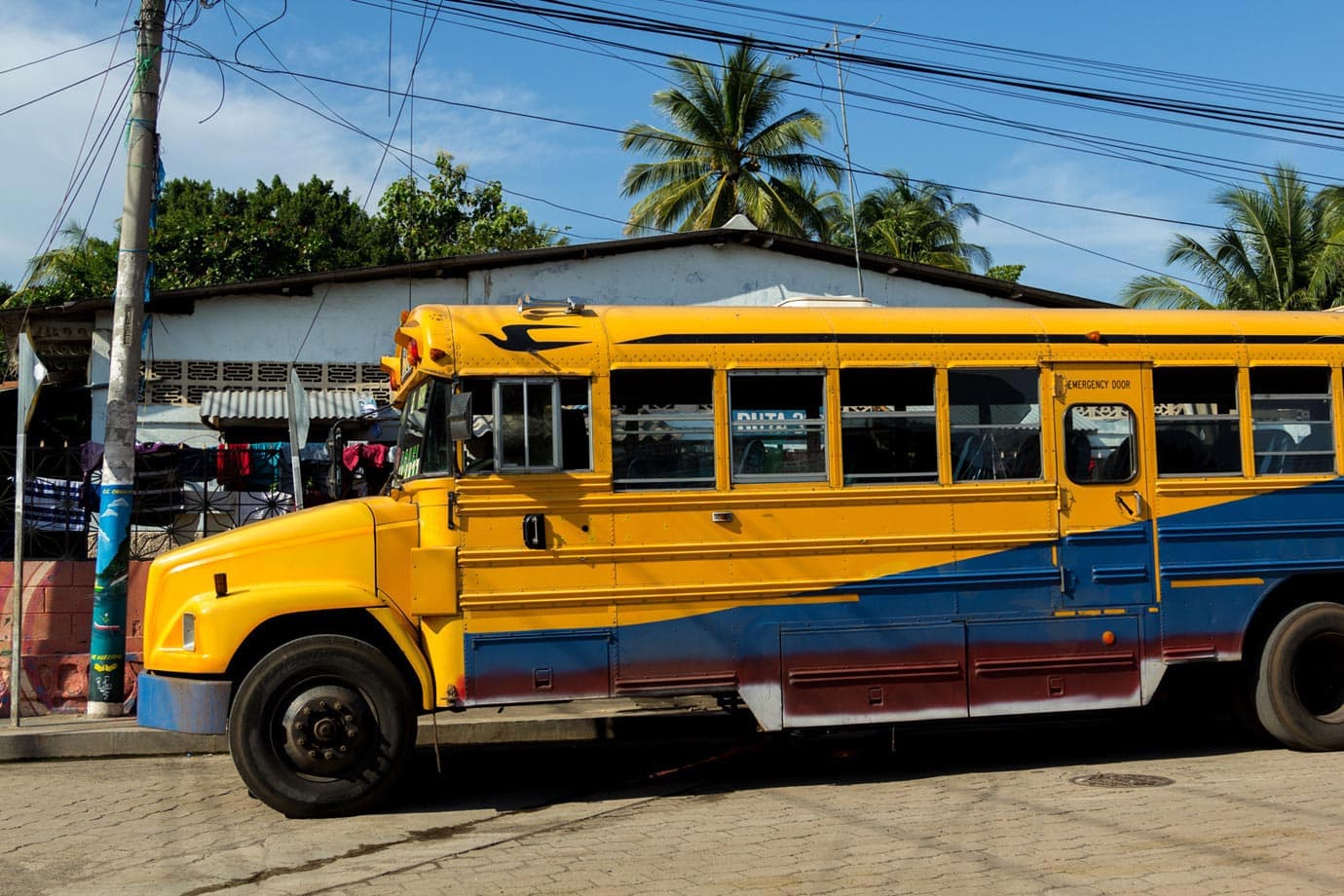 The pros and cons of the chicken bus

PRO – Some of the most “authentic” experiences I’ve ever had traveling were taking public transit, whether it’s taking the sleeper trains in India or the chicken buses in Central America. You get a slice of life from the local’s perspective.

PRO – They’re cheap. Really cheap. Like, a dollar for an eight hour ride cheap, depending on what country you’re in.

PRO – You choose your own adventure. You have to talk to locals to find out where to get off the bus and catch the next one, and what’s best route to take. It’s in these conversations, or waiting by the side of the road, where all the most hilarious and memorable stories come from.

PRO – No matter where you go, there will be people coming on the bus and selling food and drinks. They are a welcome treat and offer anything from fresh fruit to fried chicken.

PRO – This one is debatable (but Brian made me put it in here as a pro): the music. Chicken buses play non-stop reggaeton music, which is often accompanied by music videos. This can be hilariously entertaining and certainly, another example of the local’s slice of life. 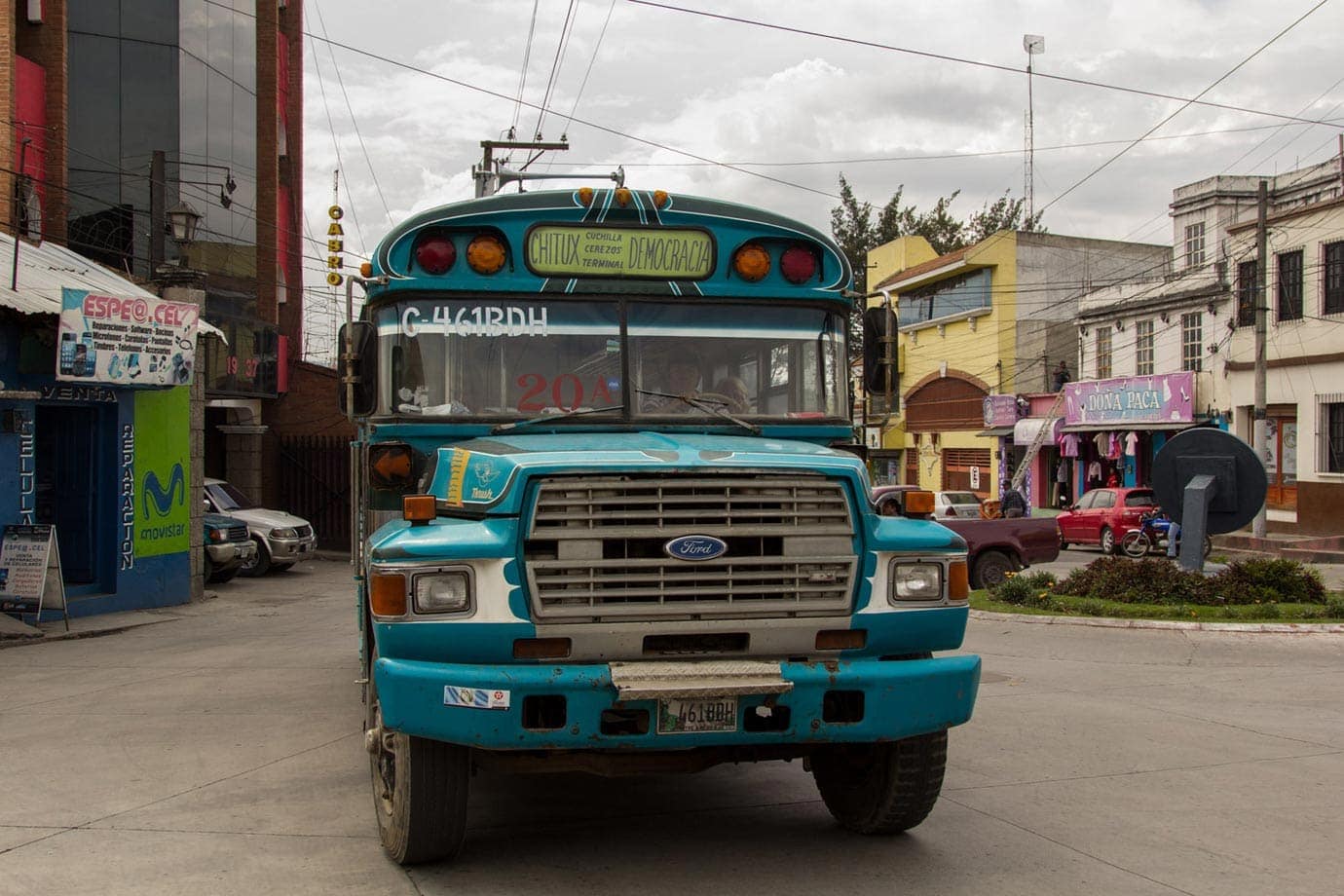 CON – Safety can be a factor, but just like anywhere else, you have to be aware. We never traveled at night (by any transportation) because we had read before that buses can often be stopped and robbed. We kept our day bags on our laps and our big packs within our sight.

CON – Yes, then can be cramped and bumpy but based on my experience, so can the tourist buses. 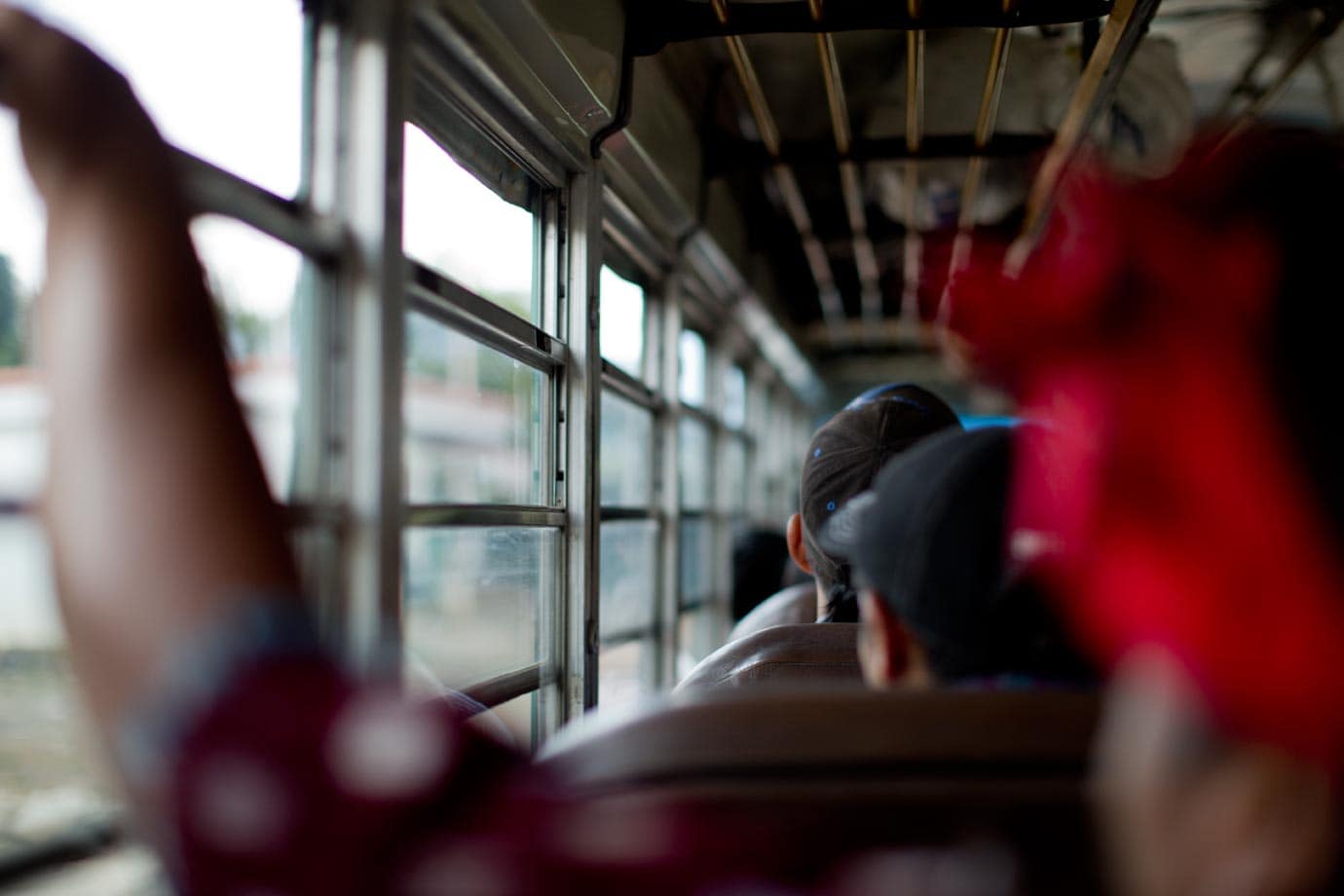 Which one should you take?

All that having been said, I would recommend taking both modes of transport over the course of your trip. There were instances where the departure times of the tourist buses fit better into our schedule, for example.

Nine times out of 10, we took the chicken buses and I would do it again the next time. And this is coming from someone who on a record setting day took seven buses, two taxis and one tuk tuk to get from one country to the next. If you’re like me, you’ll love the adventure.

Which one would you take – the tourist bus or the chicken bus? I’d love to hear what you think so let me know in the comments below!

Love the chicken buses. Did you get a chance to get on a panga? Watch us Escape from Bluefields ? https://goo.gl/dRA6vV

The chicken buses are the best; so much fun, and every one was so unique! Yeah, we went on a fair few pangas in our time in Central America; they're quite the experience too!

The no pee breaks are a killer, but as long as I know I can prepare accordingly.. Haha. The chicken buses are definately more entertainment and we loved saving our precious travel money, too :)

I LOVE the chicken buses of Honduras! I've lived in La Ceiba, Honduras, for the last ten winters and have always ridden the chicken buses! Short trips out to Corozal (1/2 hour = 50 cents) or longer trips to Trujillo (8 hours, NO pee breaks, $5) on those old retired norto school buses, literally with pieces of the floor metal missing. Once had three little girls, in matching "Sunday Best" dresses, each clutching their chicken in a plastic shopping bag (with only the heads sticking out) so as not to get messy - quite literally a real chicken bus! I've spent a lot of time travelling in Honduras, Guatemala and Belize; generally the cheapest way possible since I have lots of time and little cash. It's been a fantastic way to see gorgeous country and meet wonderful, caring people and I'll certainly keep doing it.

The no pee breaks are a killer, but as long as I know I can prepare accordingly.. Haha. The chicken buses are definately more entertainment and we loved saving our precious travel money, too :)