Seeing El Salvador through the eyes of the Brit

From Lago de Yojoa we made the long (long) journey into El Salvador, another country we were dying to experience for ourselves.

We eventually rocked up at this place called La Tortuga Verde right on the beach of El Cuco on the Pacific Coast. Despite it being in the middle of the night, the place had a bit of a buzz to it with the choons blazing, but it wasn’t until sunrise the next day that we got to see El Salvador for what it really was; one of the most beautiful countries in all of Central America.

Honestly, I have never seen such a stunning stretch of sand, and all of a sudden we were in this lazy lethargic paradise for a few days where all we did was chat about everything and nothing over a few cervezas, occasionally mustering up the energy to move from the pool to the beach.

Up until that point Brian, Brianna and I had been filming or travelling every single day we had been on the road, and in El Cuco we had the perfect place to recharge the batteries, which we did to full effect. 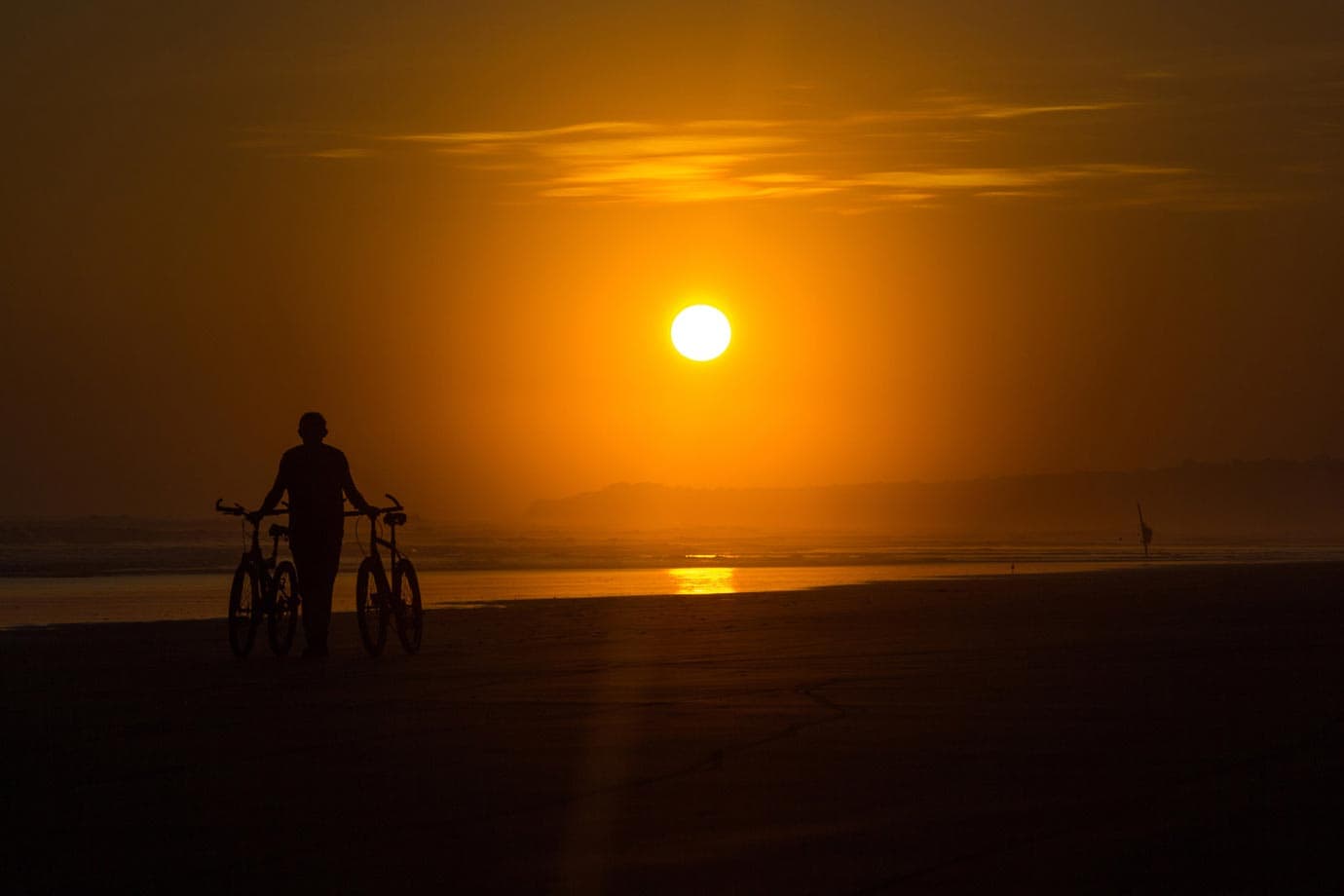 However, I don’t want you to get the idea what we did nothing while we were in El Salvador. Oh no. I mean, admittedly we did nothing most of the time, but we did squeeze in a few surf sessions (I think we managed it twice, and yes, we definitely considered ourselves bro surfers).

I did catch Brianna doing yoga once or twice (I lie, it was three times), and one evening around sunset we went stand-up paddle boarding, fast becoming one of my favourite activities, so it wasn’t all sleepy time. 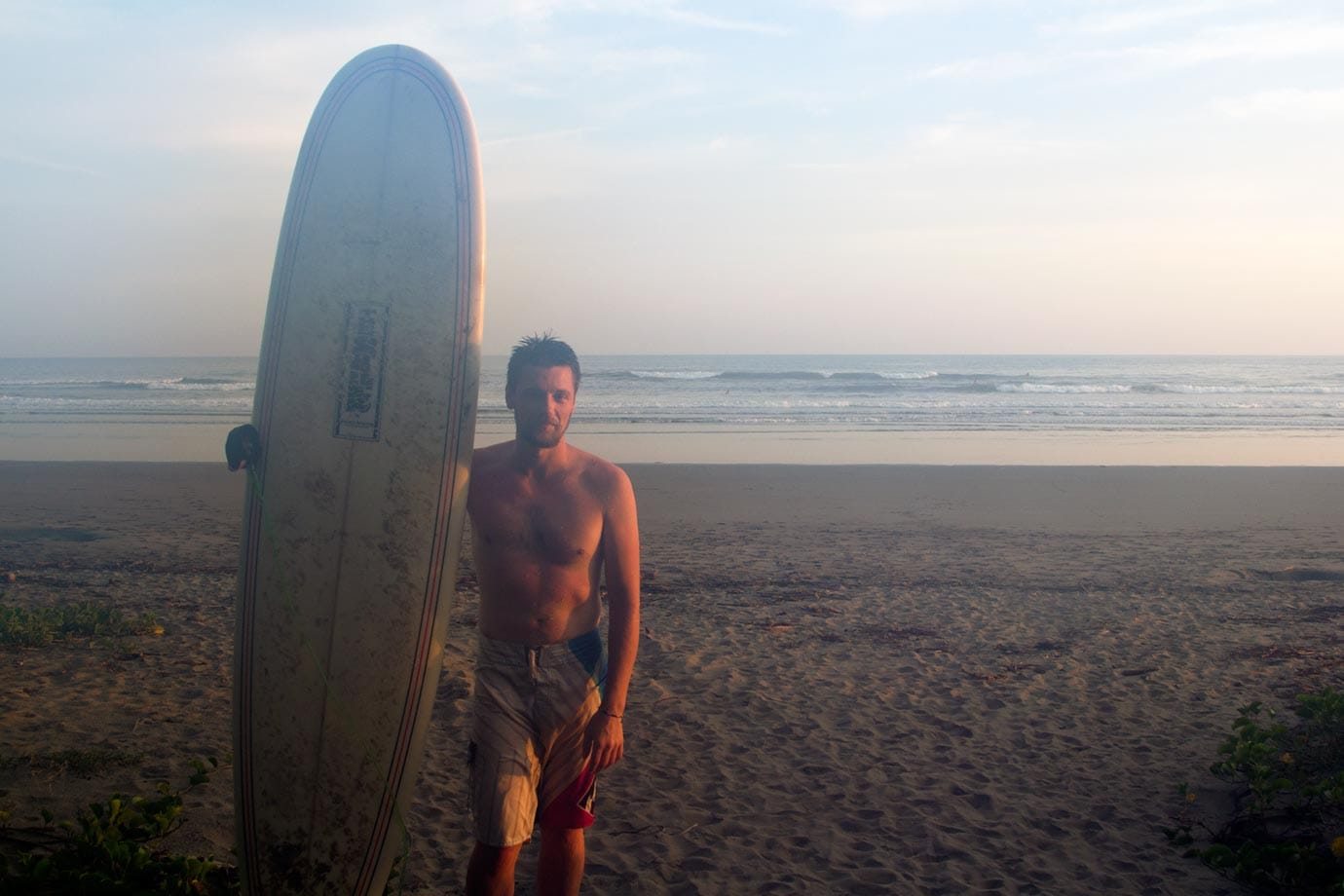 One afternoon, the three of us decided to walk the five kilometres into the little town of El Cuco.

The town was cute; apart from a couple of shops and a cluster of restaurants it didn’t have much to it, but what they did have was the beach. Honestly, it is hard to convey how beautiful this beach was, and I can only hope our photos and video capture a small piece of its majesty.

It was a place to lose yourself, a place where time stretches for a long as the horizon, seemingly infinite. In slowing down, Brian, Brianna and I actually had the opportunity to appreciate where we had come from and what we had achieved to date, and in doing so we grew closer. All of a sudden silences become as comforting and welcoming as filling them. In short, we were happy.

Being in El Salvador, the three of us just pressed paused on our trip for a bit being complete caught up in where we were. We wanted it. We needed it. We enjoyed it. 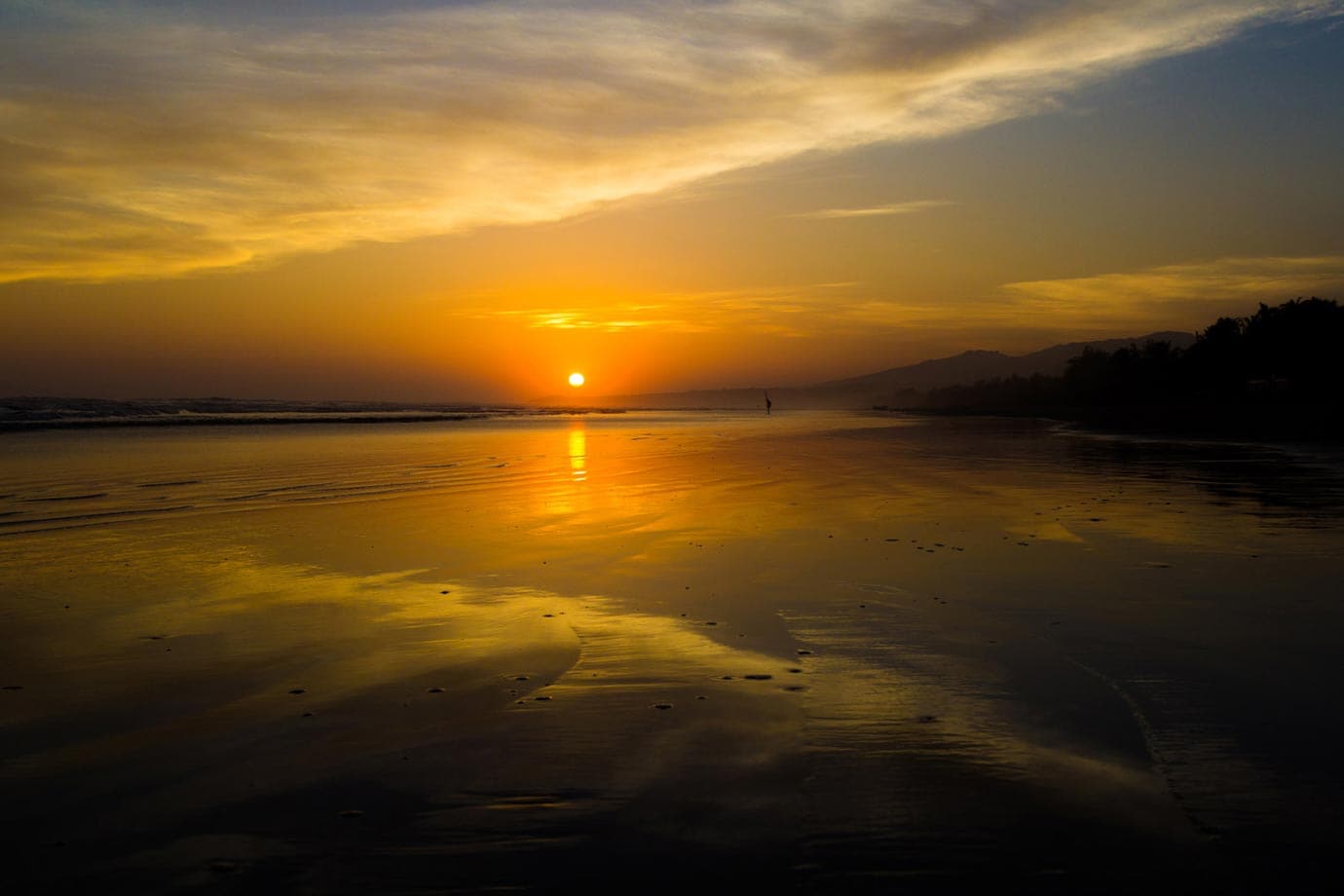 Both Honduras and El Salvador have a bad reputation among backpackers and travellers in Central America (you can find out what they’re really like to travel to here), but they’re so beautiful and diverse, and even though we only got a small insight into each country we were incredibly reluctant to leave at the end of it.

We could have very easily lost ourselves on that beach, but we had to continue on with our journey; the next country was calling us.

Seeing El Salvador through the eyes of the Broad

Arriving to our hostel in El Salvador was much like that in Honduras; in the night and with much confusion. We started off by arriving in San Miguel after a long day of busses and border crossings, realizing that we still had to take a 45 minute cab ride to get to our final destination of El Cuco.

Once we got to what we thought was our hostel, we had to bang on the locked gates and buzz the guard multiple times before a man finally came and let us in. He showed us to a room, said we would have to get the key in the morning and also, could we please pay then, as well?

I guess the front desk people were done for the night, so in the dark we made our way around the property, sand underfoot and the sound of waves crashing not too far away. 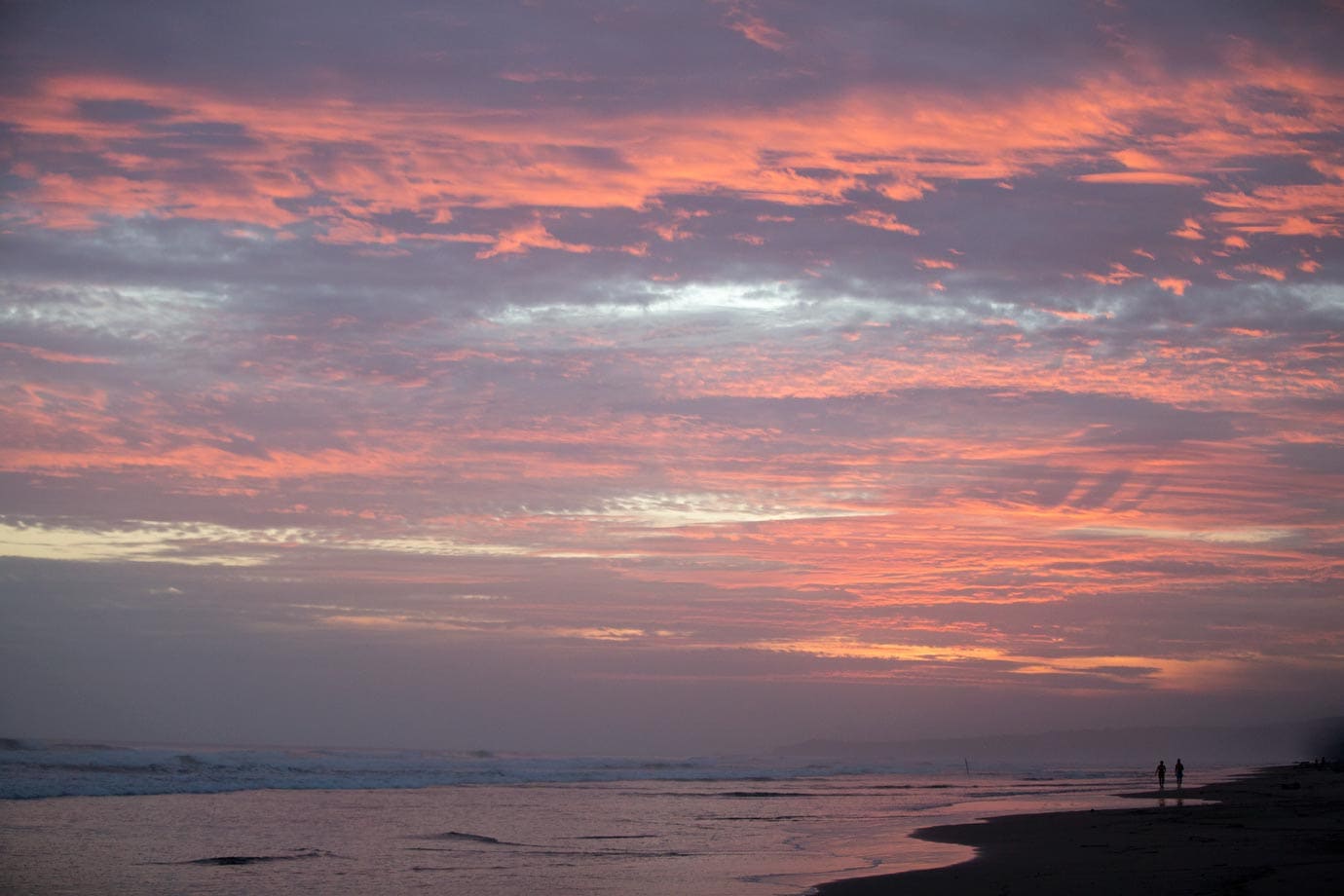 We followed the sounds of music and found a little ocean front tiki bar, where there seemed to be a bit of a rager going on. We settled in with a couple of pina coladas and started what would be the most relaxing few days of the trip.

It was exactly what we needed, after weeks of bus rides that never end, taxi rides that cost more than they should and border crossings with no signage. 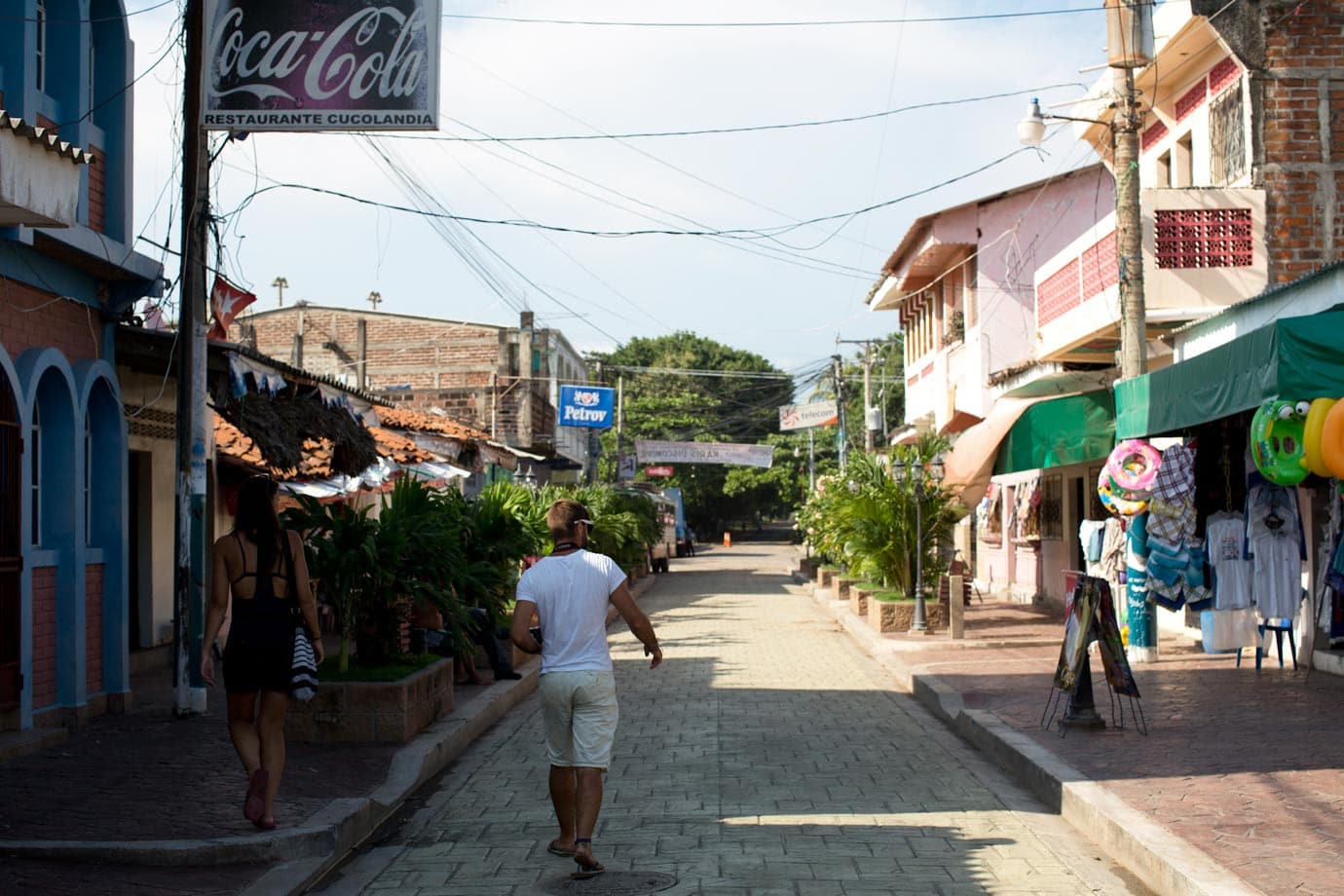 The stretching beach at El Tortuga Verde felt like home. Being back on the West Coast, even if it was much further south, I felt my shoulders relax and knew I would make good use of the hammocks.

The little town of El Cuco doesn’t have much, but when you get to the end of the main road you come to one the most beautiful and sparsely populated beaches I’ve ever seen. Imagine Long Beach, British Columbia but with no one on it but you. A family was digging for clams and a couple of kids were riding bikes on the sand, and that was about it.

We had some seafood at one of the many beachfront restaurants and then began our trek back to the hostel. The sun was scorching, but we didn’t have too many other options other than walking, in the hopes we would get picked up. After making it two thirds of the way back, a woman in a truck picked us up and I sat in the air-conditioned cab, thanking the universe for this momentary break from the heat. 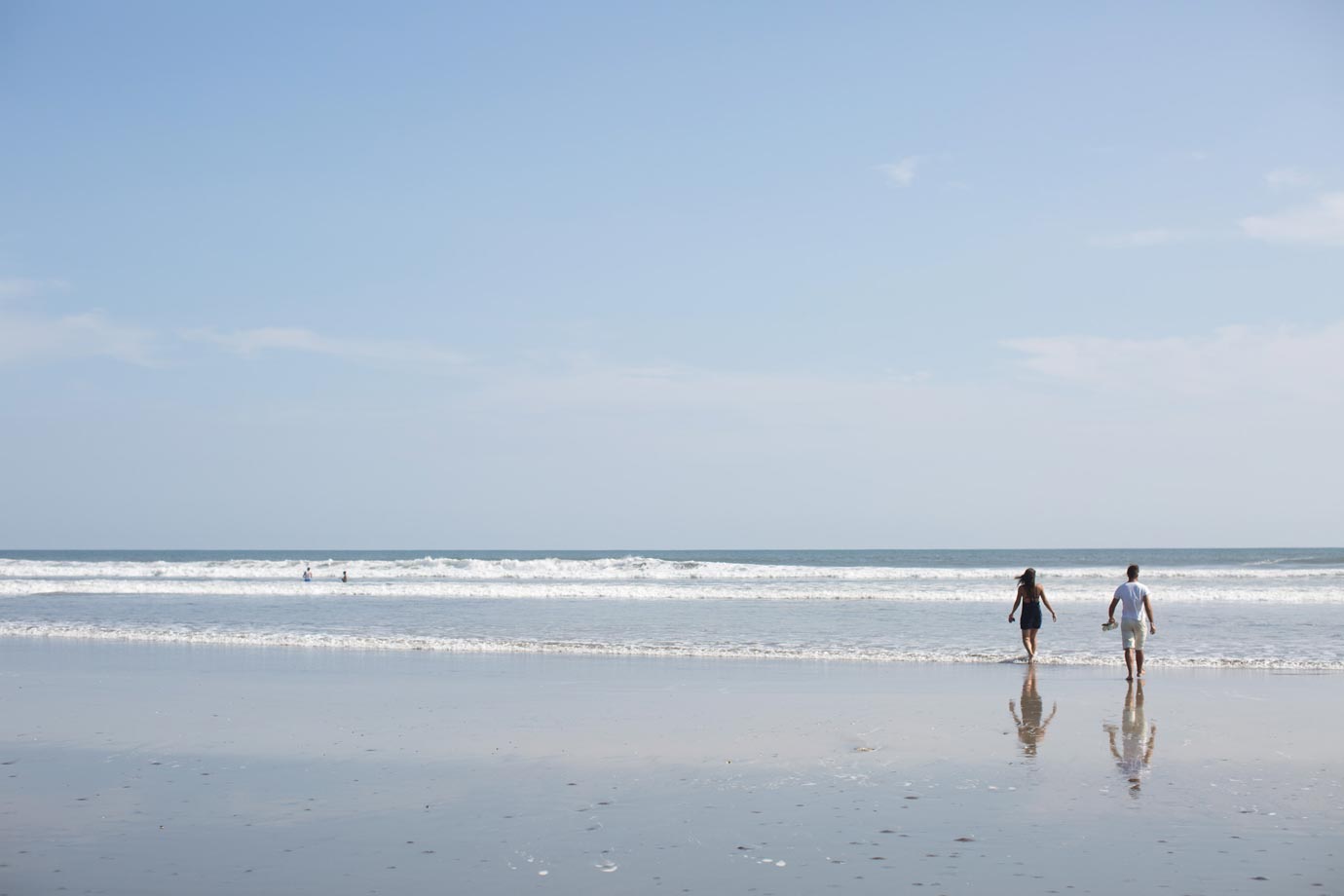 There are beaches close to El Cuco, which are better for surfing, but since none of us are anywhere near expert (me being more like completely inept) our home beach was great. The waves were small and perfect for beginners.

The hostel, which is also a turtle sanctuary, has a lot of volunteers and so I was able to take a free yoga class, which made me oh so happy! There’s nothing like yoga on the beach, just ask Macca! 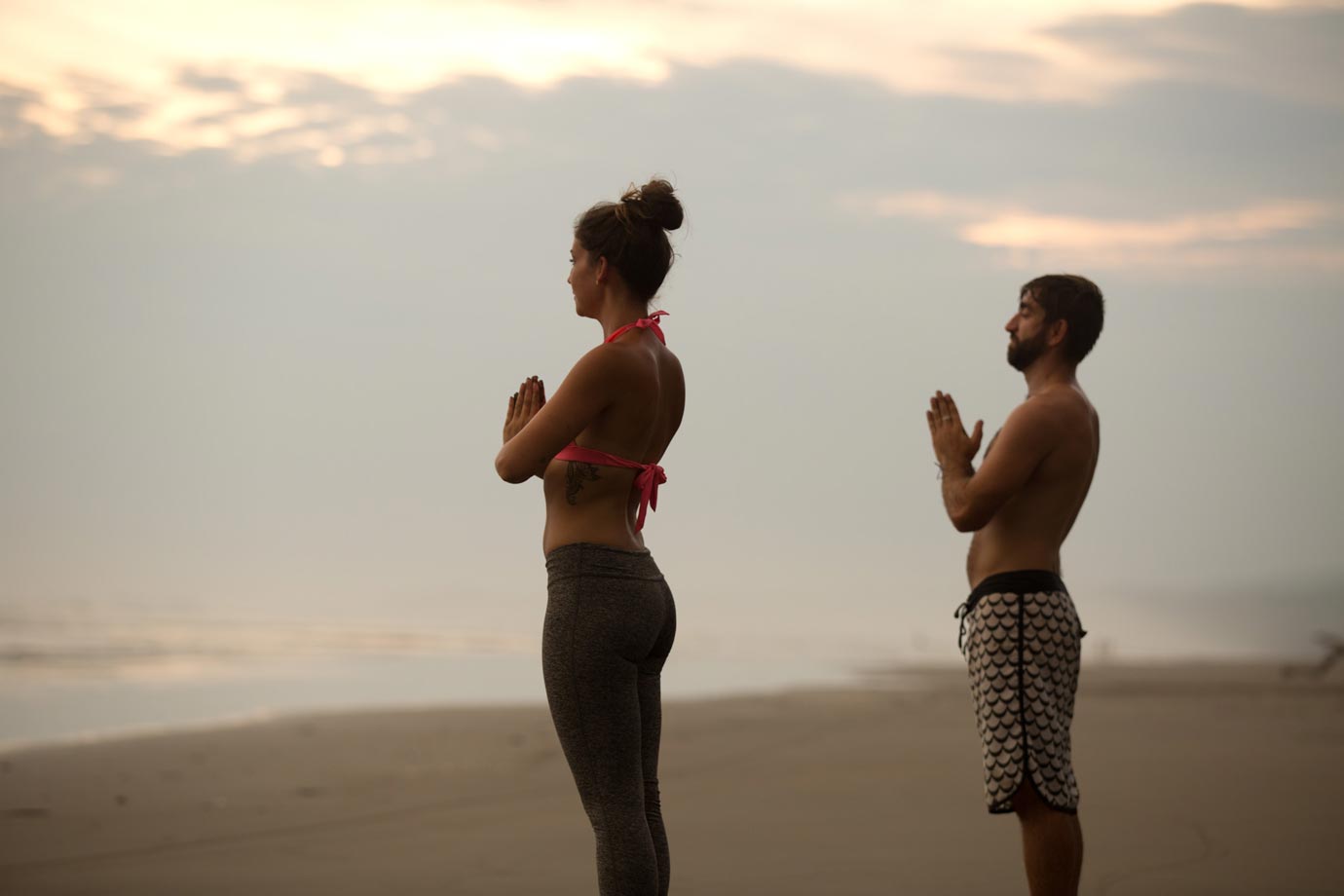 It was the perfect balance of relaxation and activity and I easily could have extended our stay, which is what a lot of the travellers we talked to had done.

I was sad to leave but visiting El Salvador, if even briefly, made me want to come back with more time to explore. There is so much to see in this small country, a lot of which is less commercialized than the rest of Central America. It is becoming more popular, as people realize there’s nothing to be afraid of, as long as you’re smart, just like anywhere else.