Are you travelling from London to Cambridge? Whether you take the bus, hop on a train or drive, these are the best options for you! 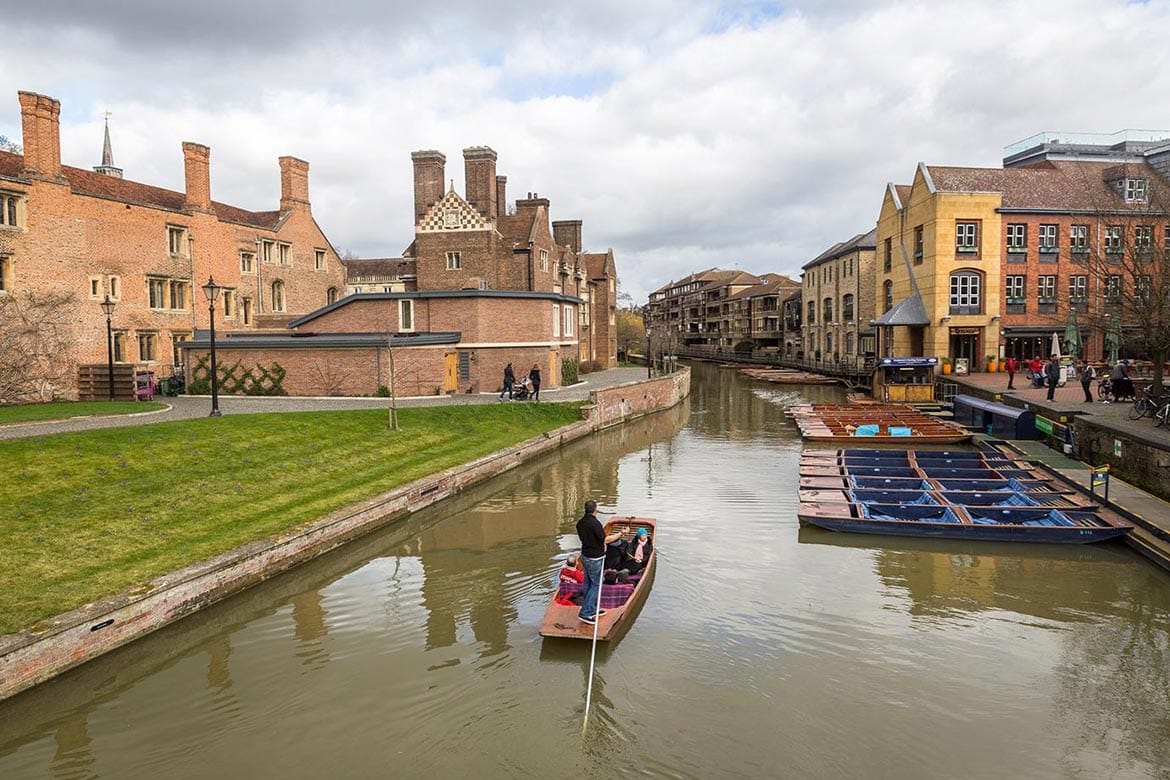 I’ve said this many times before, but Cambridge is one of my favourite places to visit in England.

As I grew up in Essex, I used to go on day trips to Cambridge all the time. As a kid I used to walk around places like King’s College and just be in awe of the architecture and the history.

From colleges dating back 800 years to activities like punting on the River Cam, there’s something so magical about Cambridge that I absolutely adore. It just captures the imagination like few other places in England. 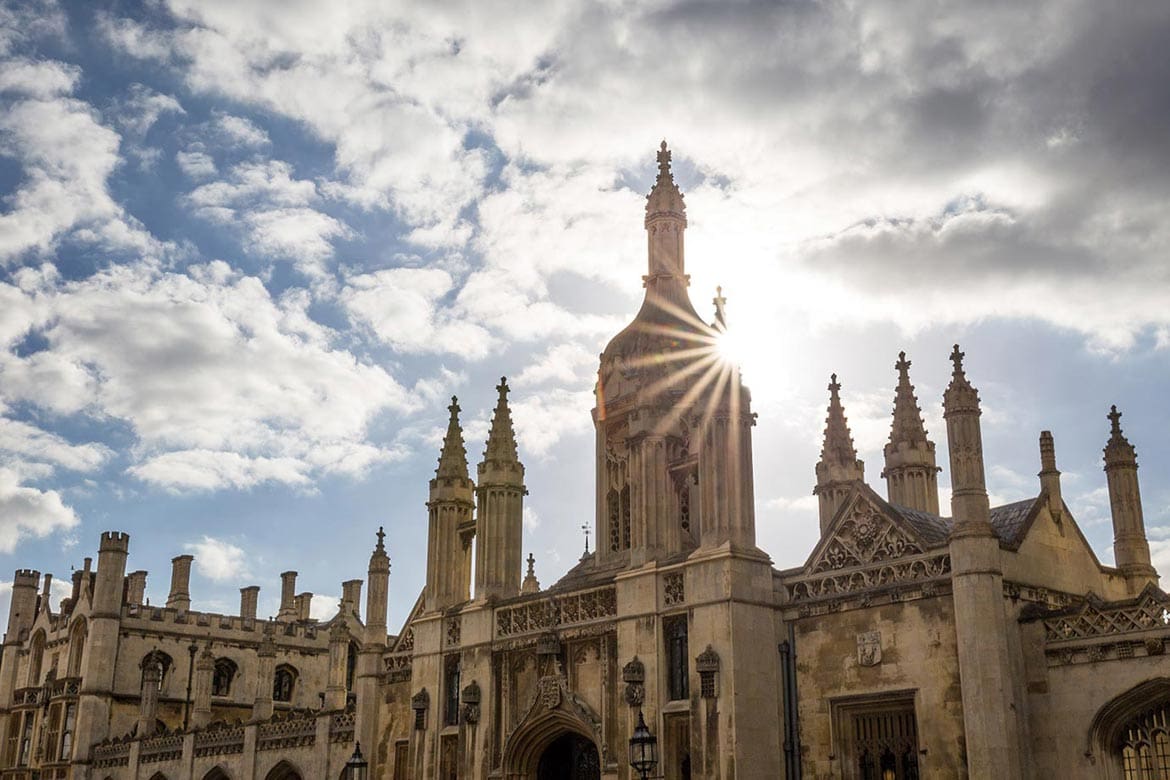 Cambridge is so beautiful on a bright sunny day

Saying that though, Cambridge isn’t stuck in time like people think it is. There are now loads of independent restaurants and trendy bars to pop into, so if you’re a foodie then you’ll love it here too.

And unlike London and Manchester, it is a city you can easily get around making it perfect for exploring on foot.

So, if you’re looking for a little day trip to Cambridge – or even a few days exploring the city – this is how to get from London to Cambridge.

In this blog post I’ll talk all about the different options of getting Cambridge. From catching the bus to kicking back on the train, these are all the best ways of getting to Cambridge.

If you’re looking for some of the best things to do in Cambridge, make sure you check out my guide to Cambridge!

How to get from London to Cambridge 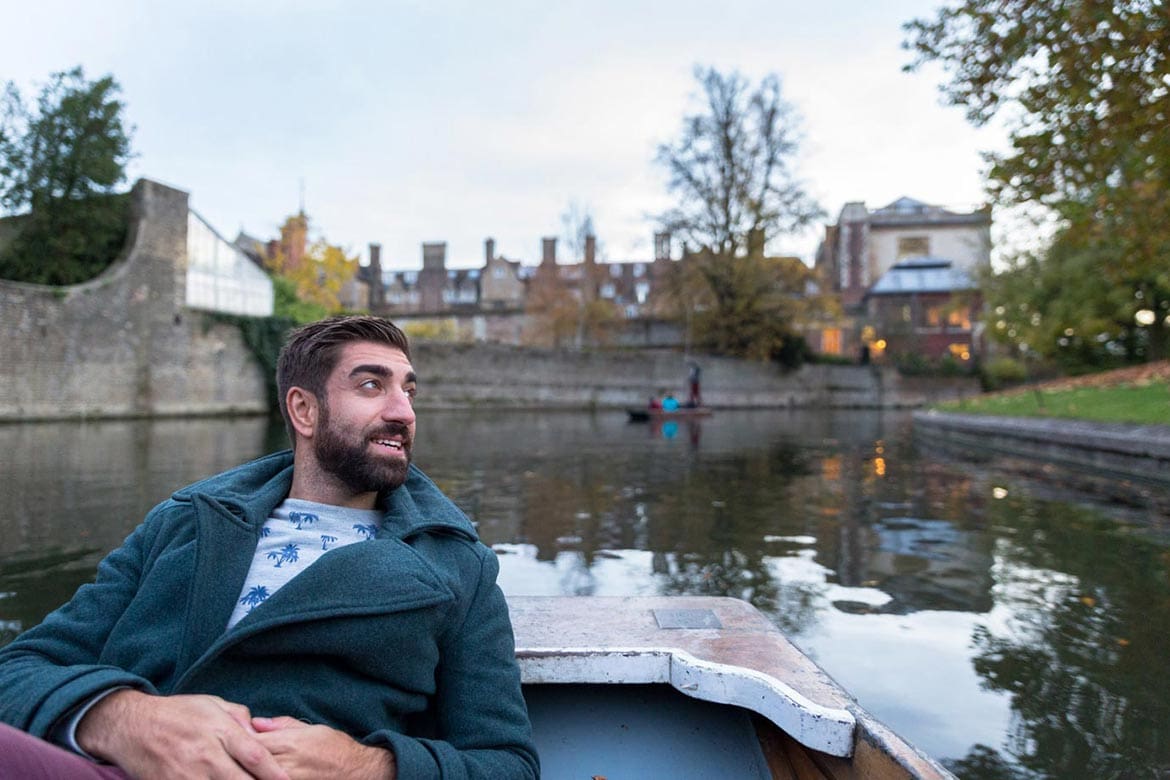 Cambridge is such a good day trip from London

This is a quick summary of the best options for you that I’ve found!

Taking the train from London to Cambridge 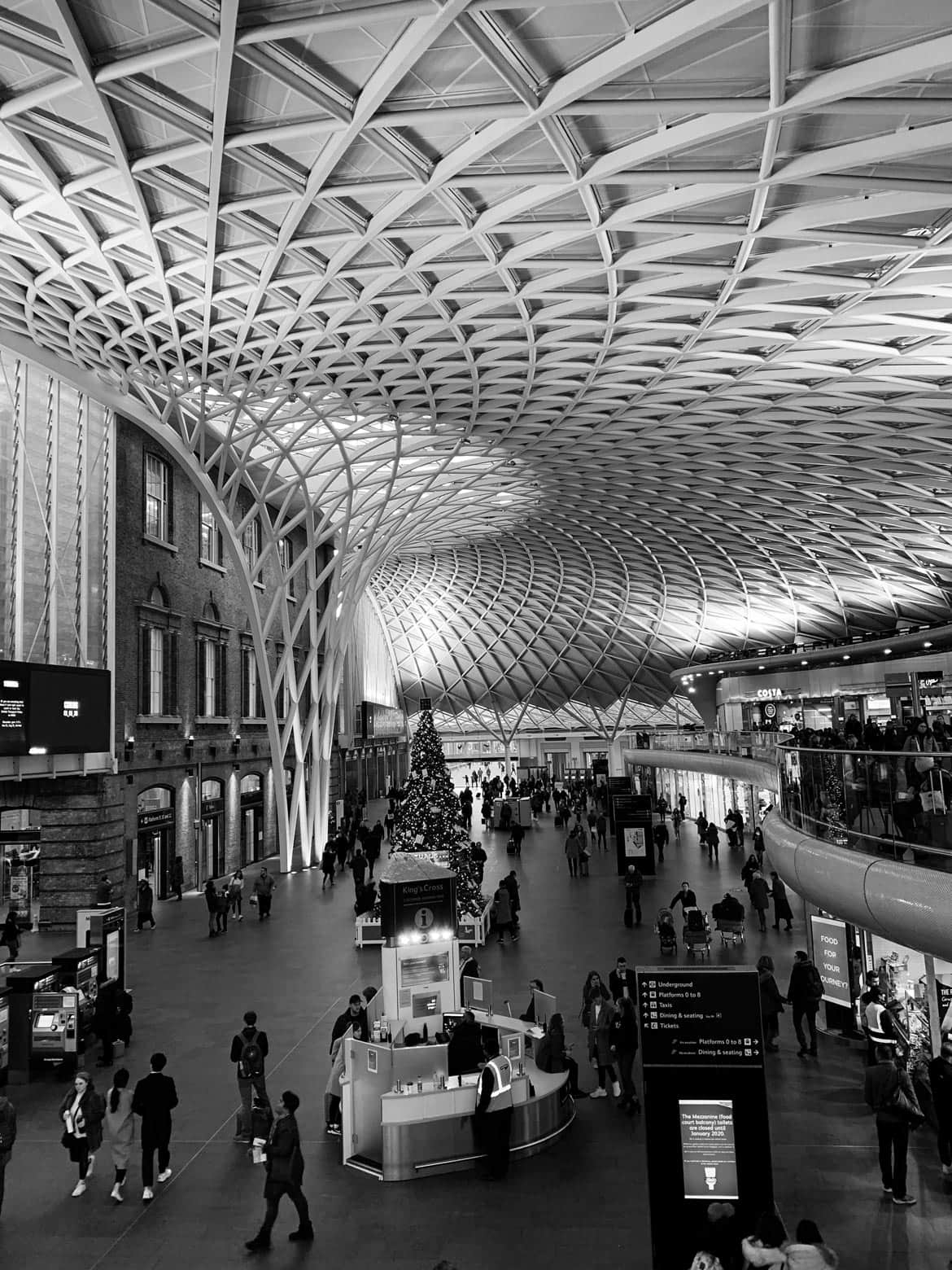 The quickest trains leaves from King’s Cross Station in London

Taking the train is one of the most popular ways for tourists travelling to Cambridge. Luckily, there are two different trains to choose from here!

The main train is from London King’s Cross to Cambridge Station. The first service starts at 04:03 and the last service is at 01:05. That means, if you really want to make a day trip of it, you can jump on one of the early trains and spend the whole day in Cambridge before travelling back to London in the evening.

The journey time varies. The quickest route only takes 48 minutes, and the longer route which stops at more stations takes 1h:31m. The average journey time works out at 1h:09m.

Prices vary quite a lot. If you book single tickets a couple of weeks in advanced, you can usually get cheap tickets for £12. Open return off-peak tickets usually cost around £26.90 which isn’t too bad.

This service is operated by Great Northern/Thames Link Railway. There’s WiFi in case you need to be connected but I always like watching the world go by. 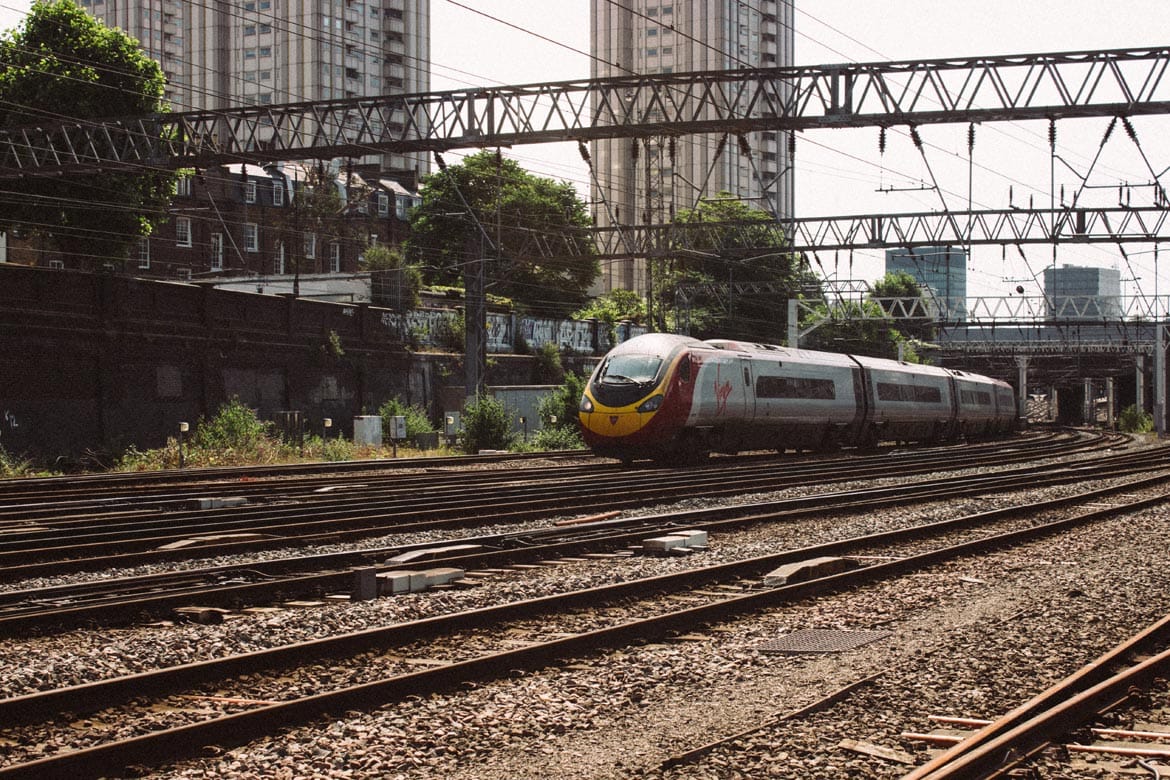 The train to Cambridge is really quick and easy

The second option is from London Liverpool Street to Cambridge Station. The first train departs at 05:28 and the last train is at 23:58.

The fastest train is 1h:04m and the average journey time is about 1h:19m, so very similar to the King’s Cross train. Obviously the time it takes depends on the number of stops.

If you book single tickets a couple of weeks in advanced, you can usually get cheap tickets for £8. Open return off-peak tickets usually cost around £19.

This service is operated by Great Anglia Rail. Oh, and there’s WiFi on the train too!

In total, there are around 340 trains per day travelling from London to Cambridge, so you’re not short of choice. Services depart every 15 minutes and run every day.

Taking the bus from London to Cambridge 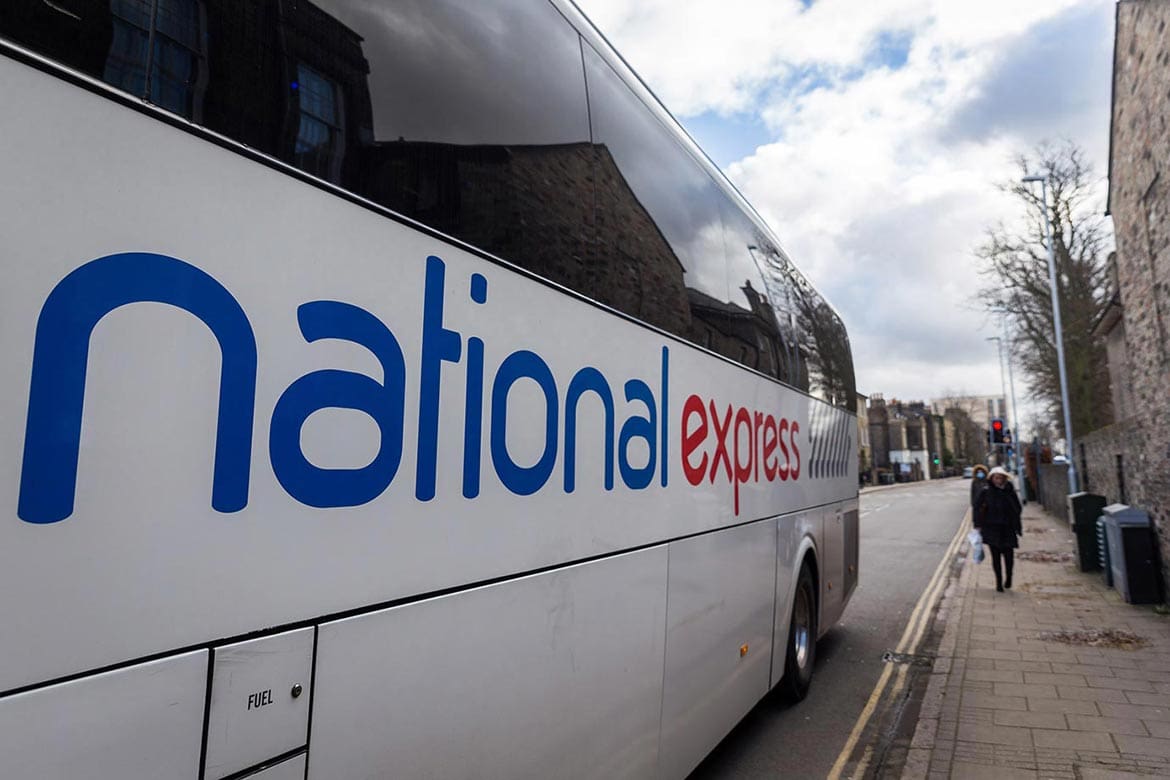 The Cambridge bus is a little longer but it is cheaper

Taking the bus is the next option of travelling to Cambridge. This is usually a National Express bus but there are a few other companies to choose from.

Typically tickets are a lot cheaper than the train (with tickets as low as £3!) However, invariably the journey takes a lot longer, so that’s something to bear in mind when booking. Again, if you book well in advanced you can save money, but the average one-way ticket costs around £15.

Apparently the quickest journey time is 1h:30m but I find that hard to believe! Obviously it all depends on traffic, so it’s best to factor in around 1h:45m to 2h:30m for your trip. It kinda goes without saying, but peak rush hour times of 8am and 5pm will take the longest journey times. 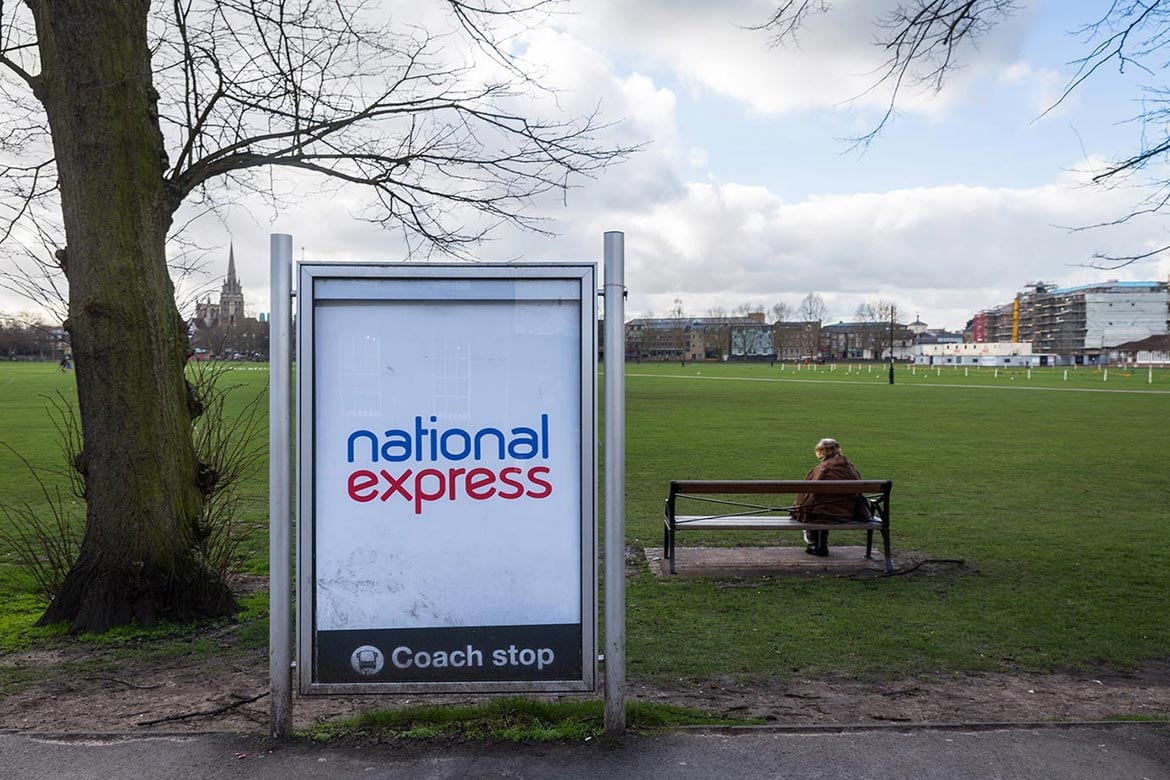 You also get dropped off directly in the city centre

The buses leave from Victoria Coach Station in London and drop you off in Cambridge City Center. Nice and easy for exploring the city.

There are also buses via Stansted Airport for those wanting to travel to Cambridge directly from the airport or vice versa.

You can find some of the best prices on Omio so check them out first.

Driving from London to Cambridge

Finally, let’s talk about driving from London to Cambridge.

Cambridge is just 62 miles northeast of London via the M11 motorway, so it’s a super easy drive. In good driving conditions it will take around 1h:45m. I think I’ve done it a little quicker than that in the past too but it does depend on the traffic.

At this point I’ll also fly the flag for the Cambridge Park & Ride. I’ve caught the park and ride a couple of times now, and it’s a really easy way of avoiding the one-way roads around the city centre. Also, parking in the city centre itself can be quite tricky.

There are 5 locations on the outskirts of the city where you can park your car and then catch into the city centre.

Each site is colour coded for ease and the buses take you right into the heart of the City. To find out more about Cambridge Park & Ride click here.

Another option to consider is Rideshare. This is where you share a car with someone already travelling from London to Cambridge, so you cut down on fuel costs. Even though this is one of the cheapest ways of travelling, it can take a lot longer finding a ride. 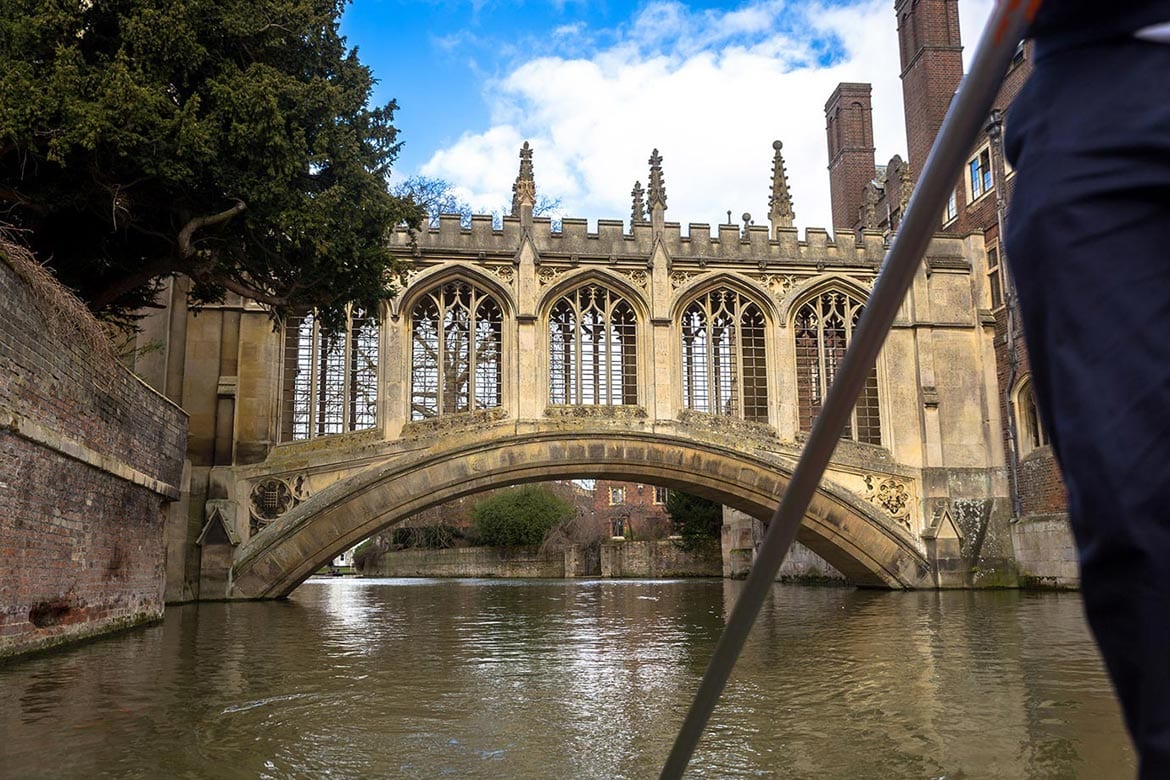 Cambridge is such an easy city to get around

Cambridge is a really walkable city. It takes around 15 minutes to walk from the train station to the city centre, so it really is quick and easy.

However, if you’re strapped for time or find walking difficult, then I’d really recommend the Cambridge hop-on/hop-off bus. You can purchase a 24 hour ticket that will take you to all the top tourist attractions in the city. Usually there’s a lot of tourist information on the bus too, so perfect for those who need a bit of help.

Things to consider when booking 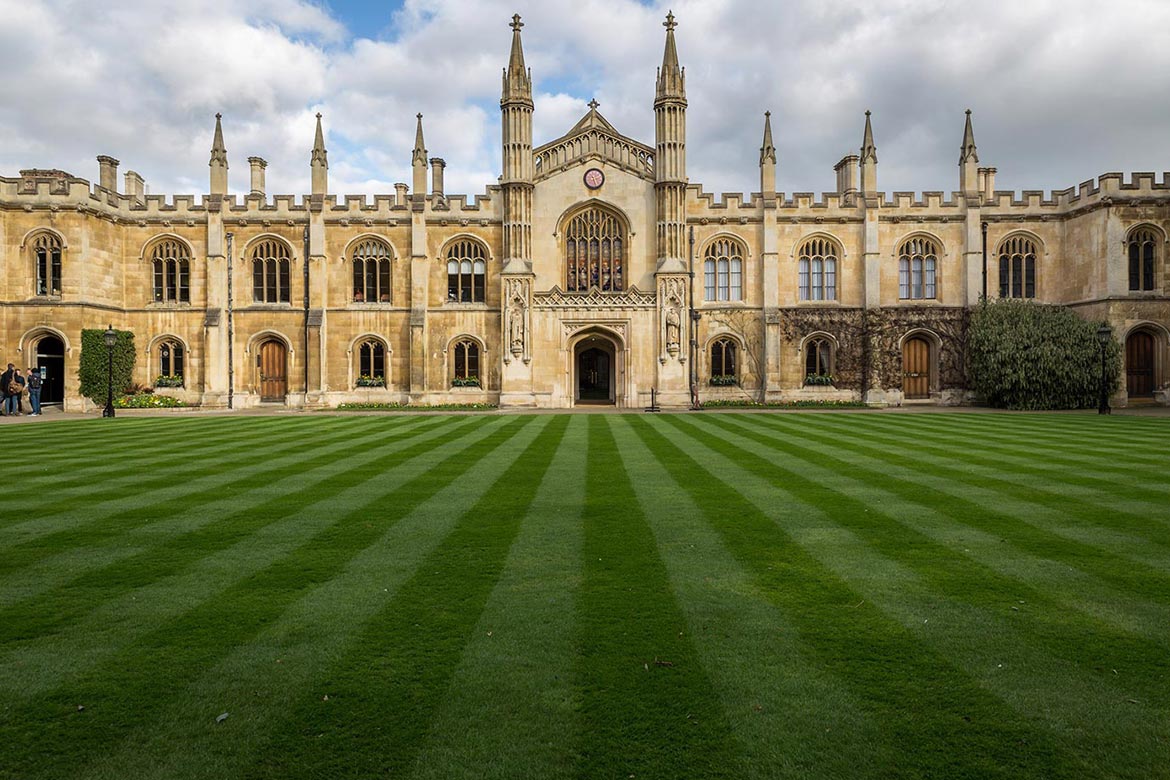 Are you planning a day trip from London to Cambridge soon? If you, what’s your favourite way of travelling? Let me know in the comments. 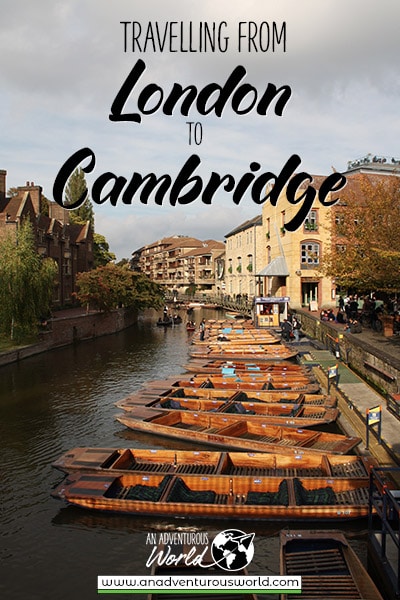 I think a road trip might be a good idea while going from London to Cambridge. Ease of comfort and looking around the city as well while you drive. Nice blog Macca, thanks for the information.