With molecular gastronomy & modern techniques, Disfrutar Barcelona delivers an experience like no other. Here’s my review of what Disfrutar is really like! 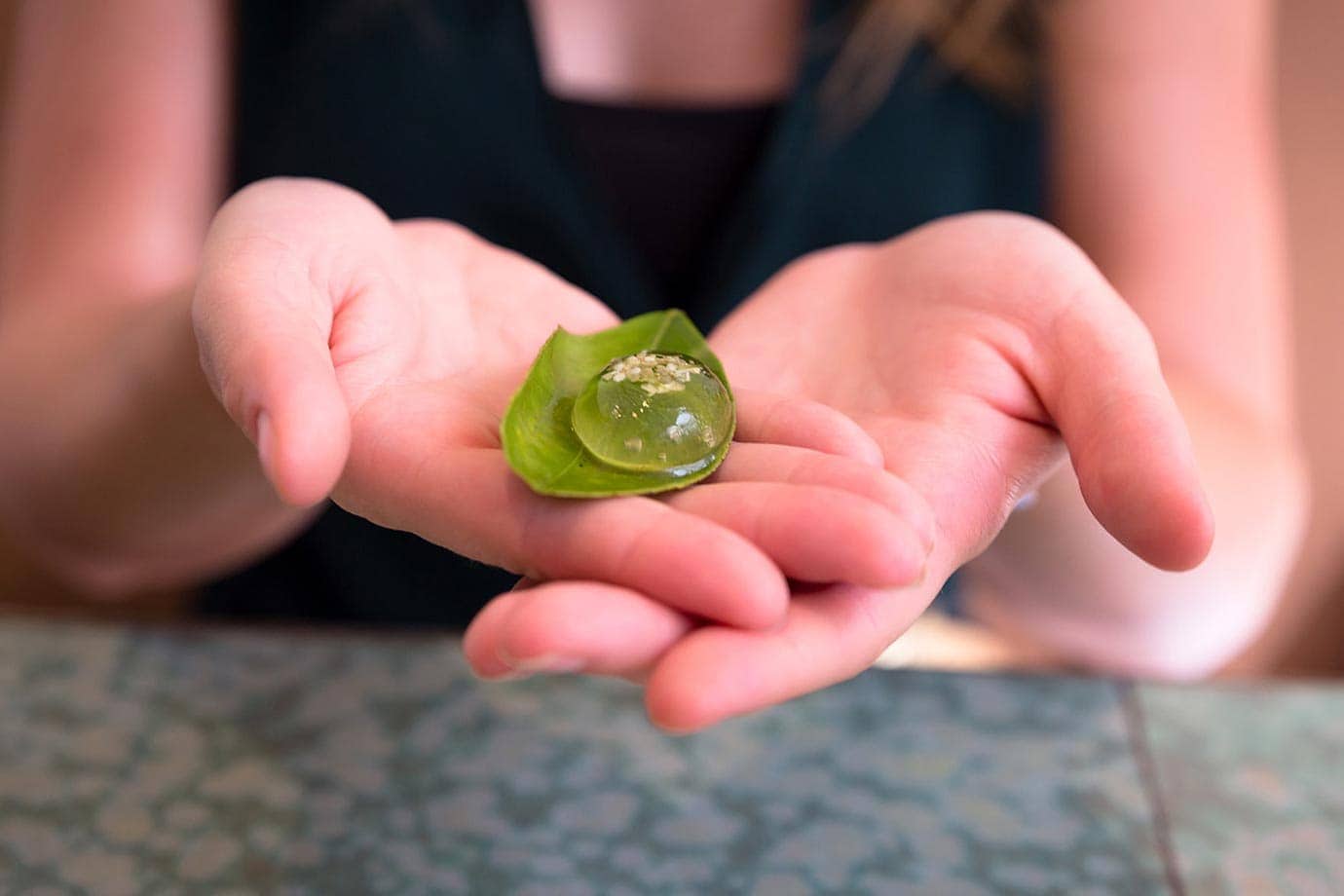 Disfrutar Barcelona is without a doubt one of the most innovative restaurants in the world. The 2 Michelin stars prove that, but this place offers so much more than just delicious fine dining.

Even though I ate here in 2017, it has been playing on my mind ever since. I don’t say this lightly, but it is the best meal I’ve had in my life. Period. Nothing has come close since and I can’t wait to go back again one day. It really is that good.

When I visited, my partner had already been to Restaurante Disfrutar once before and she set the bar extremely high. “Genuinely, it’s the best meal I’ve ever had. And that’s all I’m going to say to you. You’ll just have to form your own opinion.”

So, with no preconceptions apart from the food being exceptional, I went into Disfrutar in Spain with a blank slate. I knew it would be good, but I just didn’t know how good.

Put it this way though, this really is one of the best restaurants in Barcelona. If you’re already booked in to eat here, I promise you you’re in for the meal of your life. 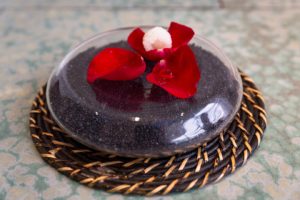 Rose petals with gin and a frozen lychee at Disfrutar 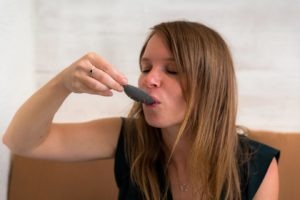 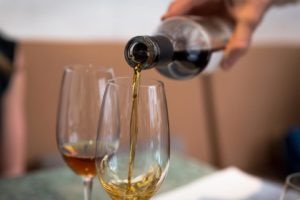 One of the many sherry pairings at Disfrutar 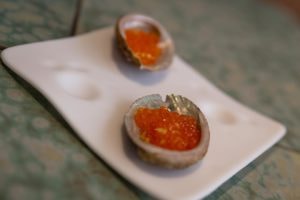 Fish roe and oil at Disfrutar

Disfrutar has been breaking new ground ever since it opened in December 2014.

Seen as a spin off from elBulli (a 3-Michelin starred restaurant many considered to be the best in the world), former chefs Mateu Casañas, Oriol Castro and Eduard Xatruch have kept the memory of elBulli alive by continuing to try different flavour combinations and textures that few others would dare. Their culinary imagination knows no bounds, and these ideas manifest themselves in every single dish at Disfrutar.

This lead them to receive their first Michelin star in 2015, and a second soon after in 2017. This has cemented Disfrutar not only as one of the best restaurants in Barcelona, but in the world. I wouldn’t put it past them to pick up a 3rd Michelin start in the future.

Each dish that came out at Disfrutar looked like it was taken straight from a modern art museum and put onto a plate. And one thing they really encourage here is taking photos – this is #foodporn after all. 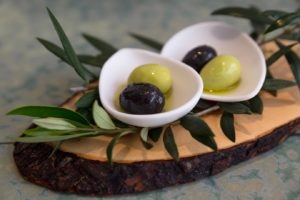 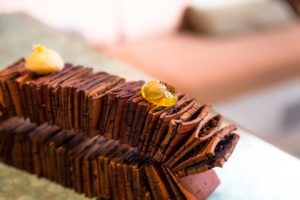 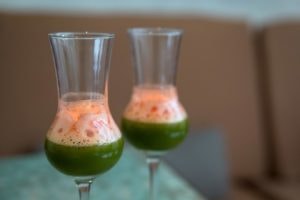 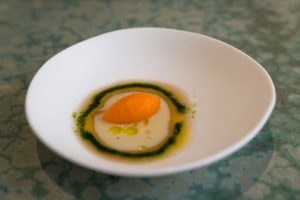 What is the price of Disfrutar Barcelona?

The Disfrutar Barcelona price isn’t exactly cheap. In fact, it’s very far from cheap. But I will say this, I actually think it’s fantastic value for money. That’s because the Disfrutar menu is pretty extensive!

There are two menus at Disfrutar: the 19-course ‘Classic’ menu for €150 and a 28-or-so-course extravaganza called the ‘Disfrutar Festival’ for €190. We chose the second, obviously. We wanted to taste the whole range of food here and an extra 8 courses is exactly what we wanted. If there’s one thing for certain, you won’t leave feeling hungry that’s for sure!

I don’t want to ruin the surprise for you by going into every single dish – that’s part of the beauty of dining at Disfrutar Restaurant.

However, I will say this though – it is a meal that will stick with you for years to come. I genuinely mean this, but for me there wasn’t a bad dish – I really love big bold flavours and they were certainly that.

Oh, and if you want a vegetarian menu make sure you call ahead! If you’re vegetarian, the Disfrutar tasting menu price is the same as above. But the good news is they cater to vegitarians at the same high level as their normal menu.

If you’re looking for Disfrutar reservations, head to www.disfrutarbarcelona.com 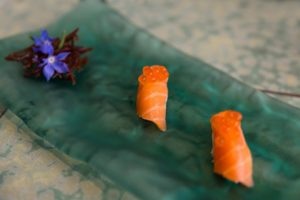 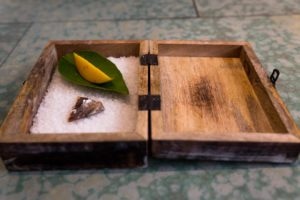 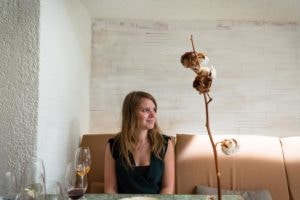 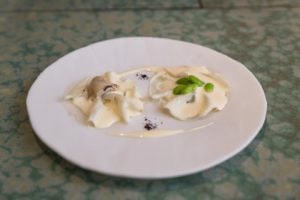 What does Disfrutar mean in English?

I didn’t realise this, but Disfrutar in English means ‘enjoy’, which is just the perfect name for this restaurant as I enjoyed every mouthful!

As I’ve said, this really is a festival of flavours and textures, and unlike many other Michelin restaurants I’ve been to, it’s a very laid back and relaxed atmosphere. They really want you to enjoy yourself which is why it’s one of the top restaurants in Barcelona.

The best restaurant in Barcelona?

With Chloe saying it was the best meal she’s ever had there was nowhere else to go.

As for me, was it the best meal I’ve ever had? Hands down. I don’t even have to think about it.

In the four and half hours we were there (yes, lunch took four and a half hours!), it was a culinary odyssey like no other taking me to places I never knew existed.

I could wax lyrical about Disfrutar all day long but it really is a place you’ve got to experience for yourself. Just make sure you let me know what you think of it afterwards.

As for awards, according to the Macarfi Guide, the years 2016, 2017 and 2018, Disfrutar has been the Best Restaurant in Barcelona. So there we go.

And if that doesn’t peak your curiosity, hopefully these photos will!

Also, if you’re travelling around, here are some of the best Spanish foods to try in Spain. Some of these dishes are absolutely delicious so I really recommend trying a few! 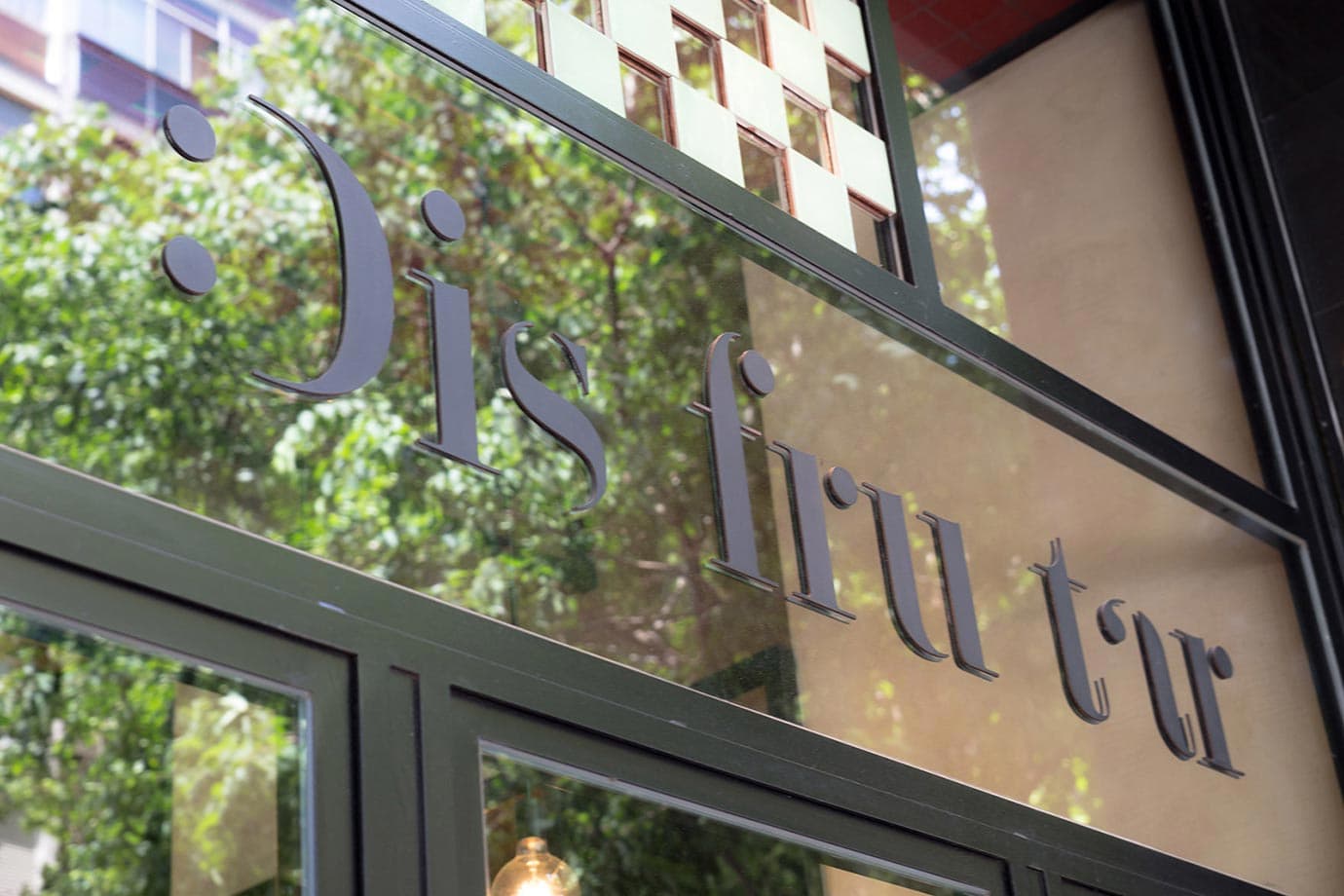 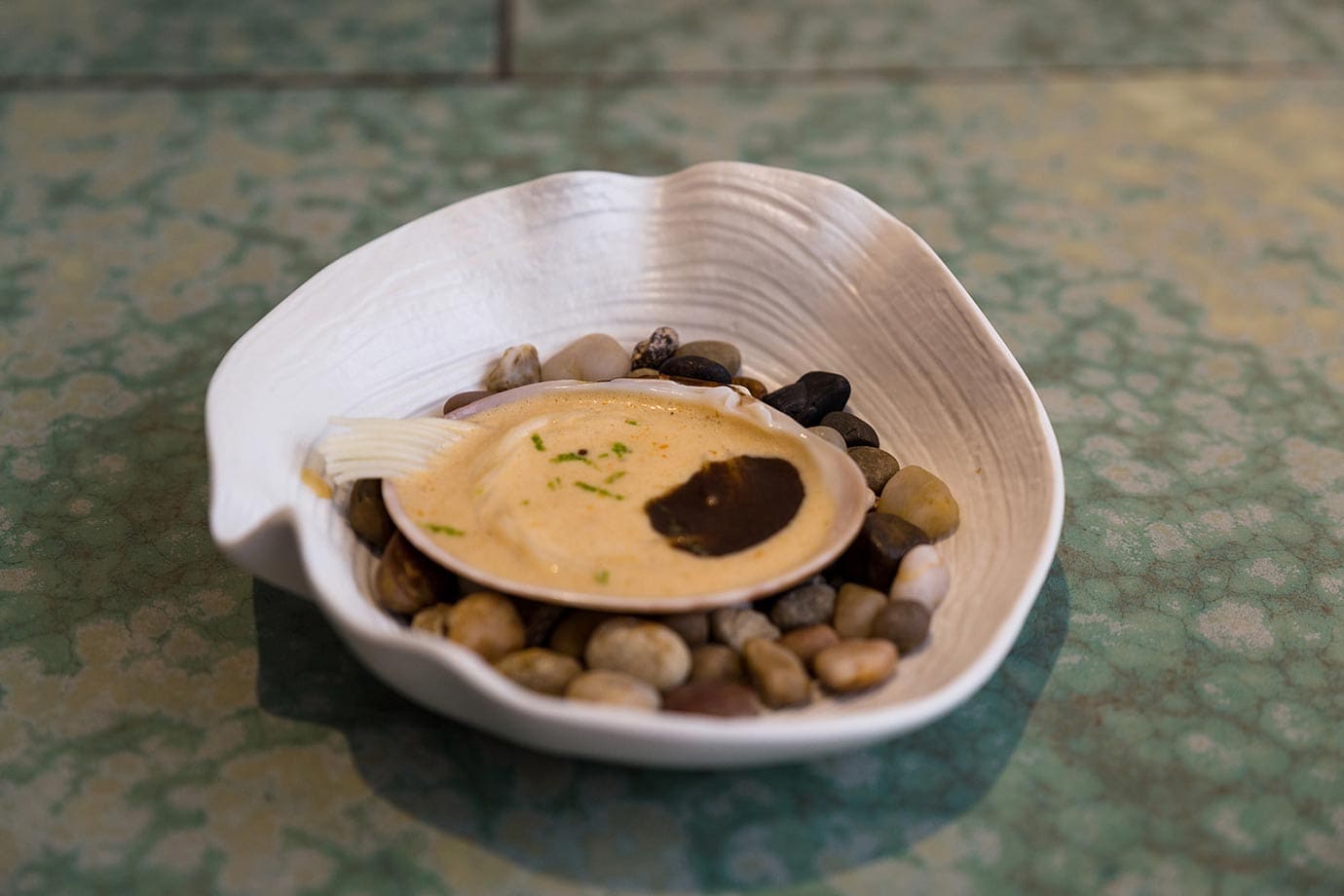 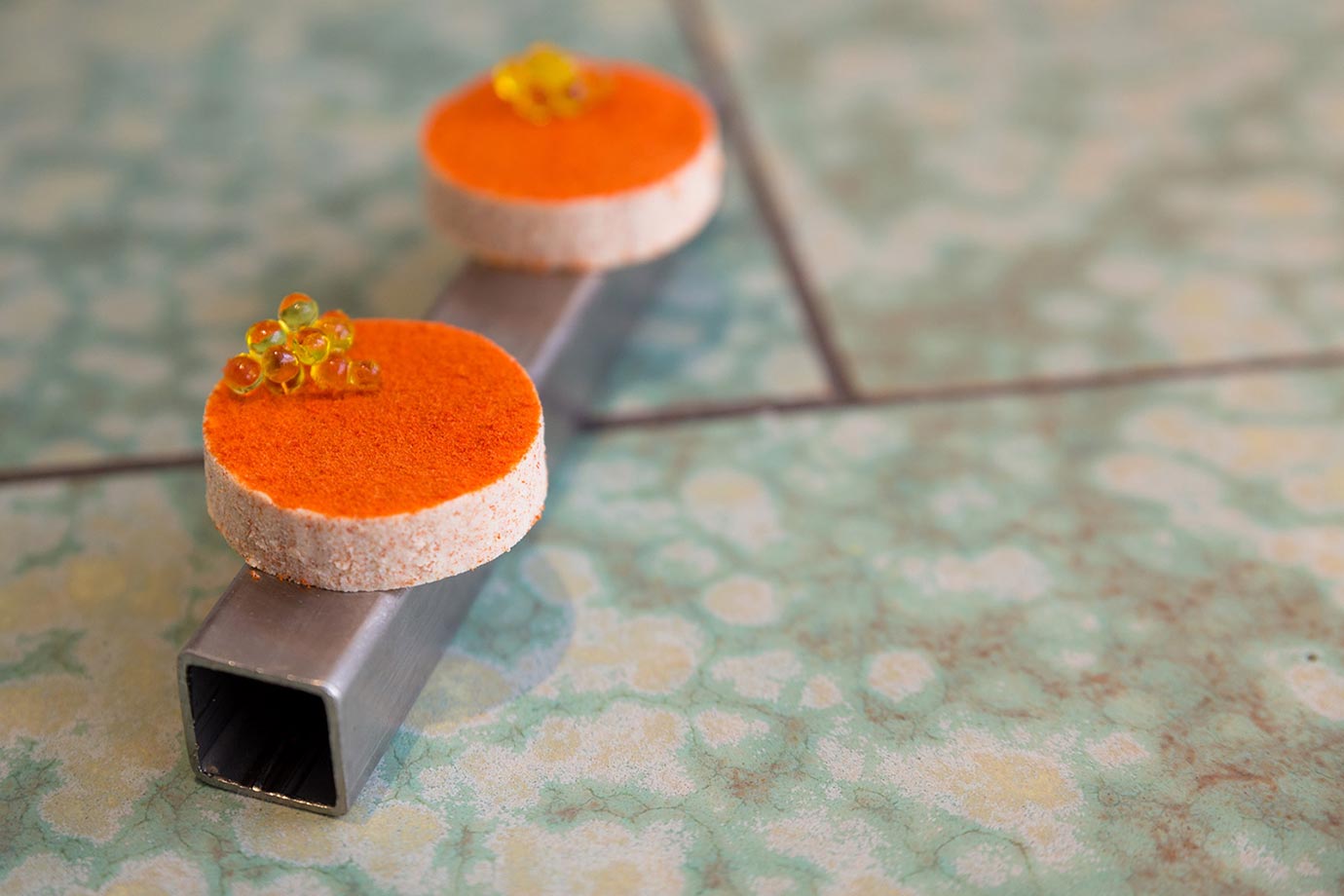 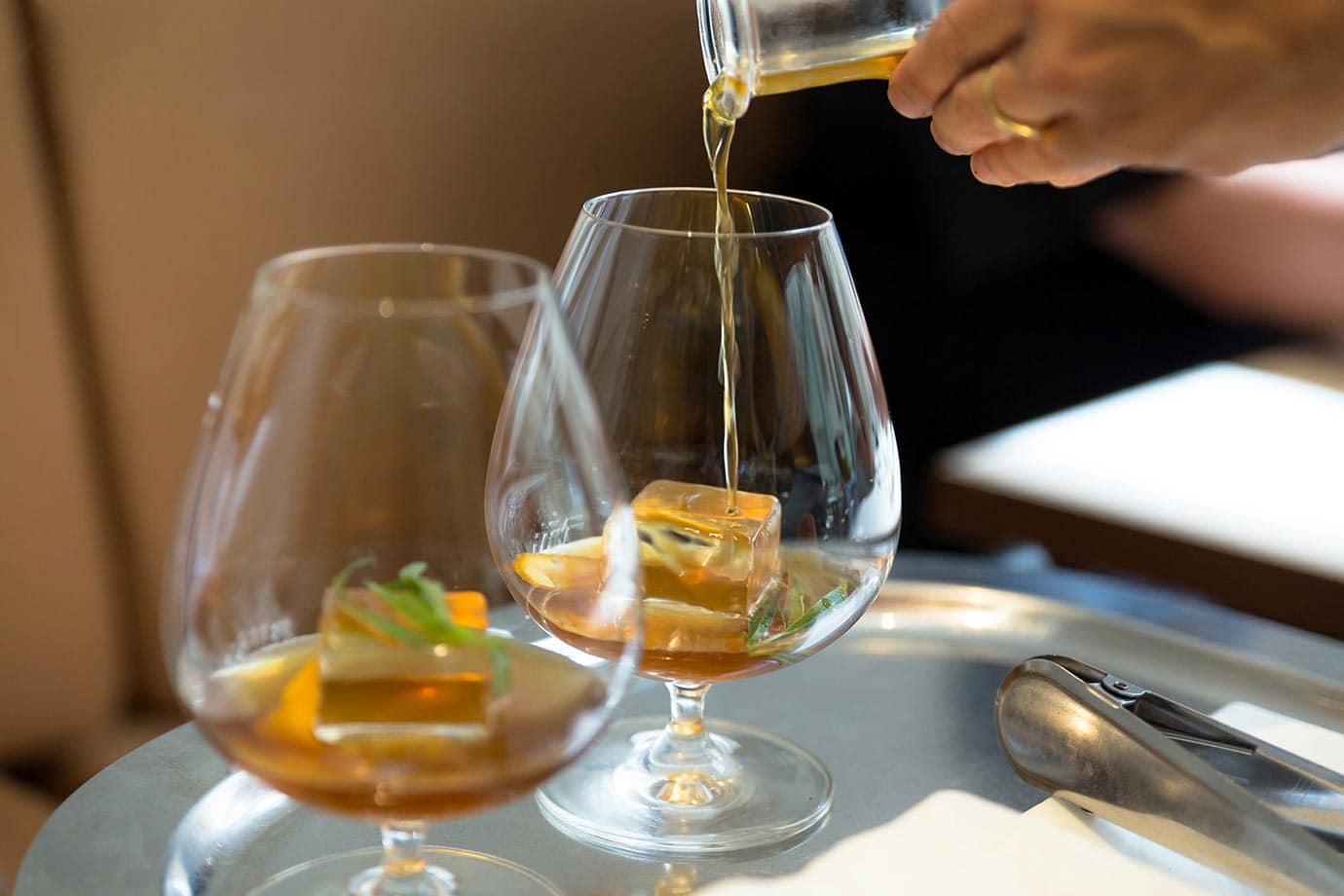 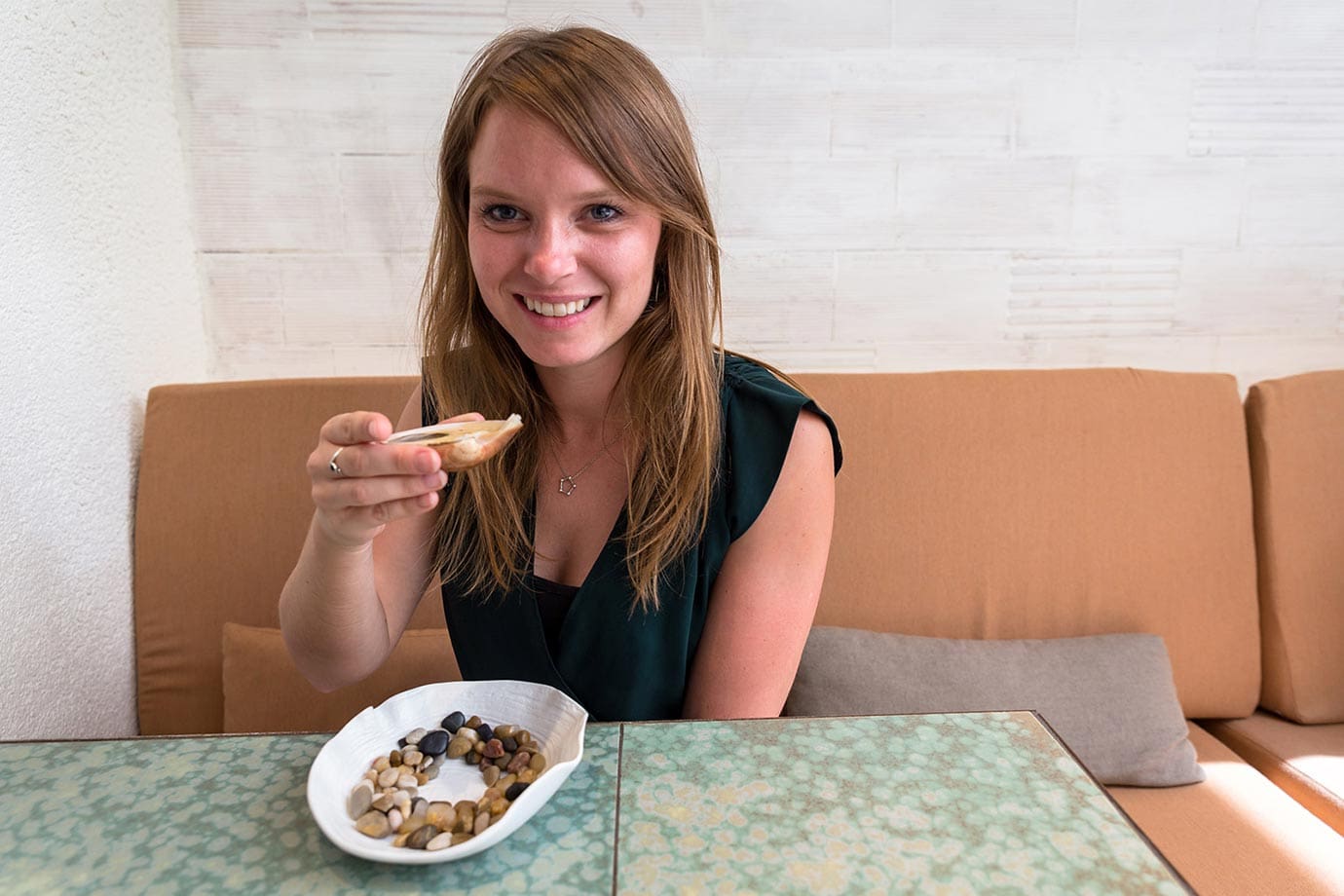 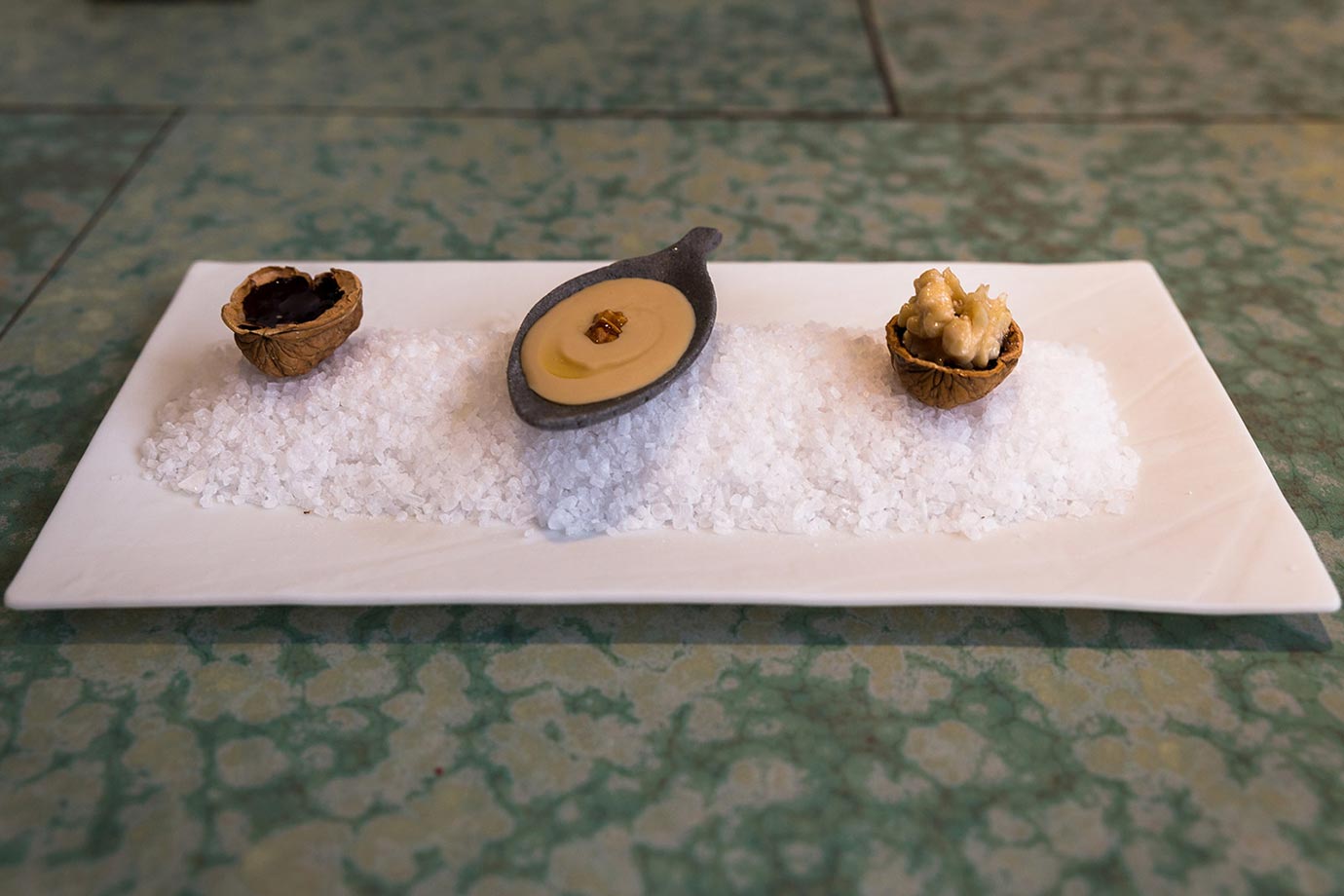 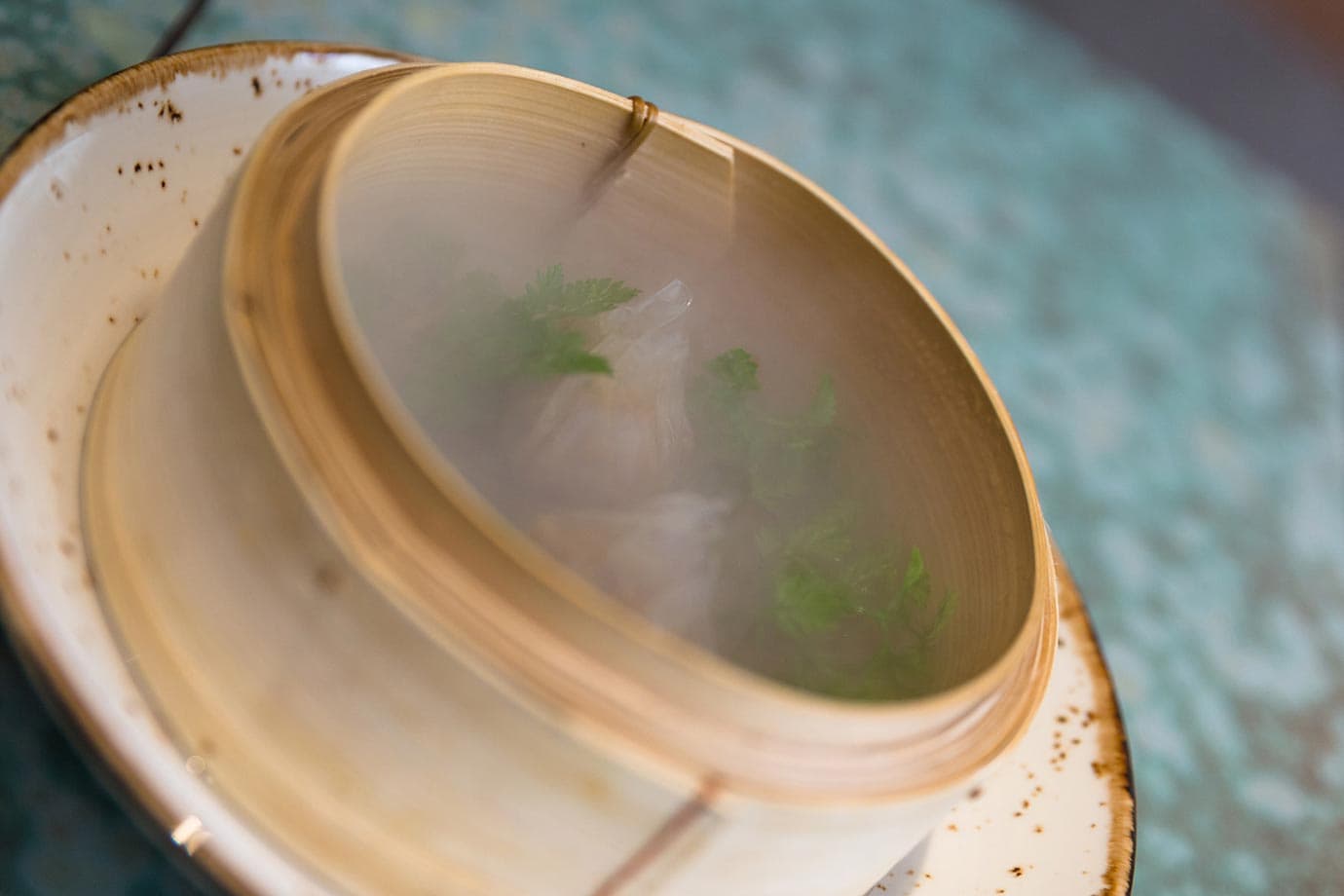 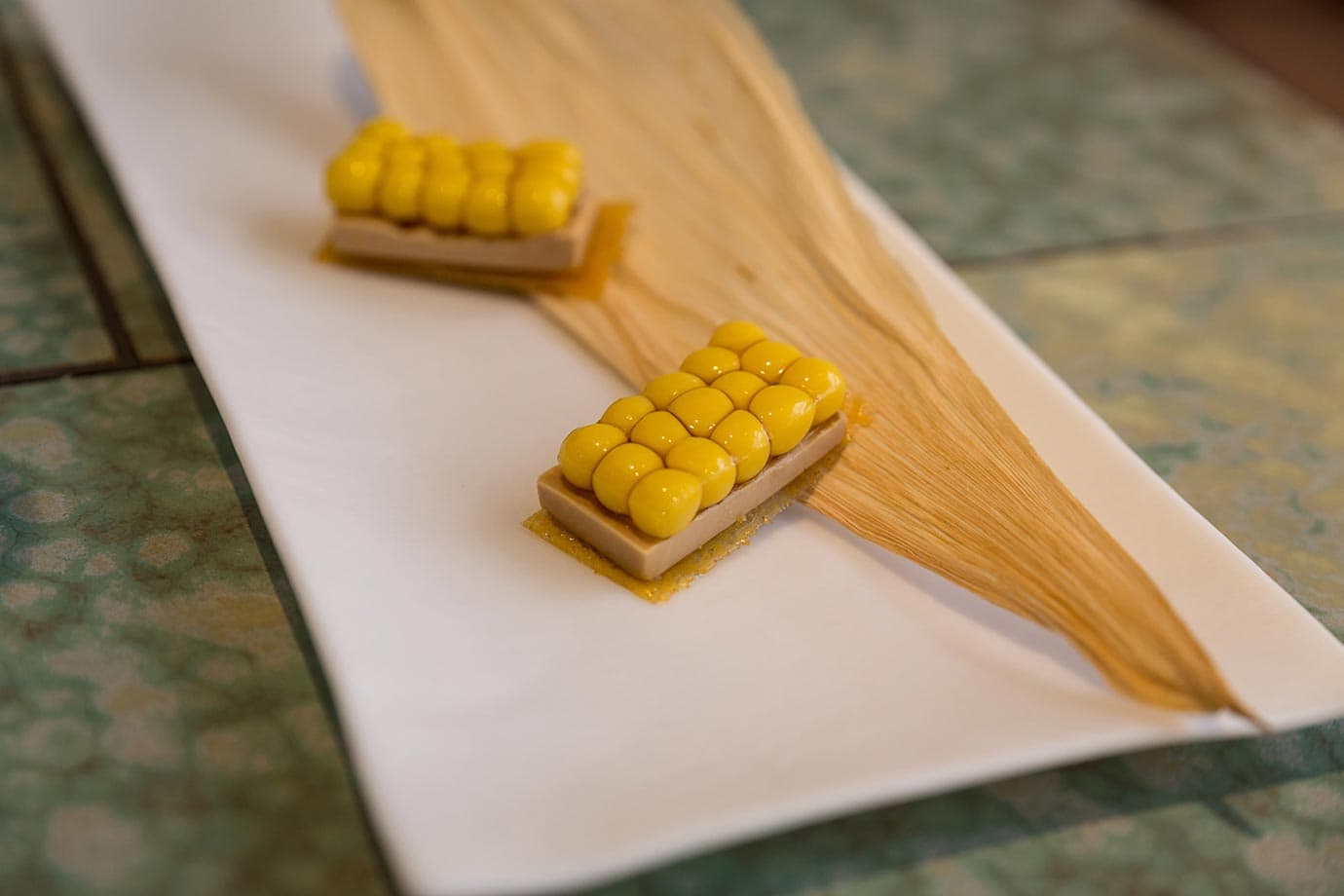 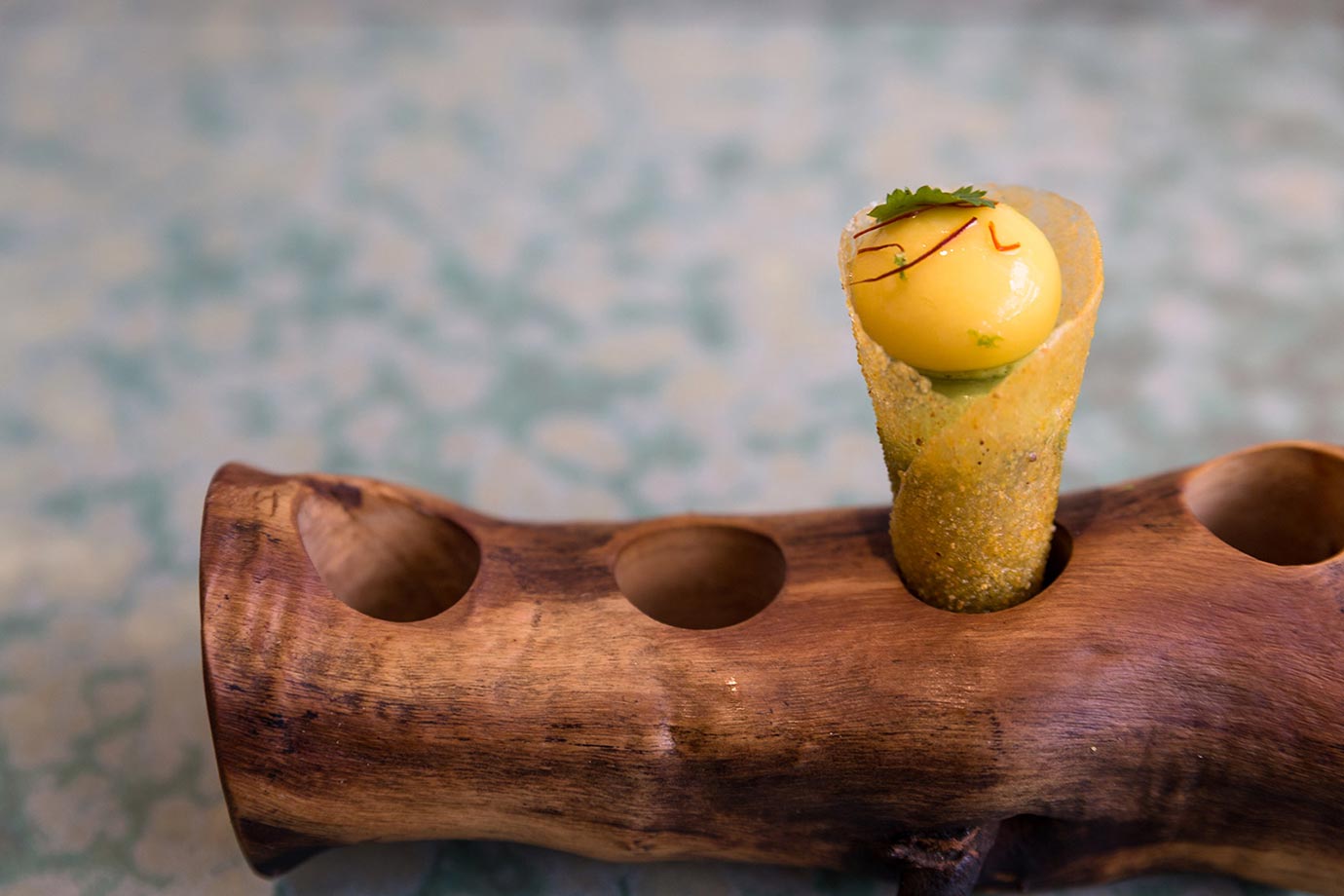 Have you ever been to Disfrutar Barcelona before? If so, let me know what you thought of the experience in the comments below! 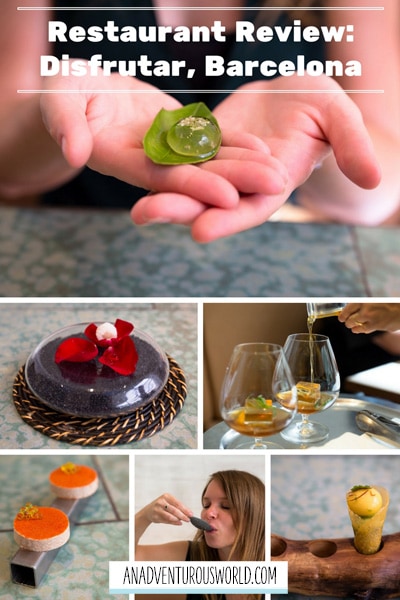 I personally did not enjoy the flavors, I’m really confused about these reviews?

I'm really sorry to hear that! I know fine-dining isn't for everyone, but it is regarded as one of the best restaurants in the world!

I just had dinner at Disfrutar and I absolutely think you are right on target. After many years of pursuing Michelin starred meals this may be the finest, most innovative and creative meal I have ever had. This was truly spectacular, other worldly, funny, fun and constantly surprising. A real tour de force and I hope I get the opportunity to have such an over-the-top experience again.

Yay! That's so great to hear John! I'm happy that you had such a good time there and enjoyed it just as much as I did. I've been dying to go back ever since - it was one of those meals that I know can't be recreated and yet I'm dying to go back!

The food is like nowhere else on the planet! I can't wait to return again one day. What an amazing experience - so glad I could share it with you!

Oh totally! I really hope we get to go back again one day (i.e - this year). Does it get much better than this? Only one way to find out!