You never forget the first time you see icebergs in Greenland.

One morning while on the Arctic Umiaq Line I pulled back the curtains an iceberg the size of a house drifted past, a blanket of mist in its wake, white waves lapping at its side.

As I looked further into the distance I saw more and more of these giants making their slow procession past my window, each one a different shape and size, each one as beautiful and unique as the one next to it.

As far a wake-up calls go, looking out at hundreds of icebergs silently slipping through the waters somewhere off the coast of Greenland has got to be up there. 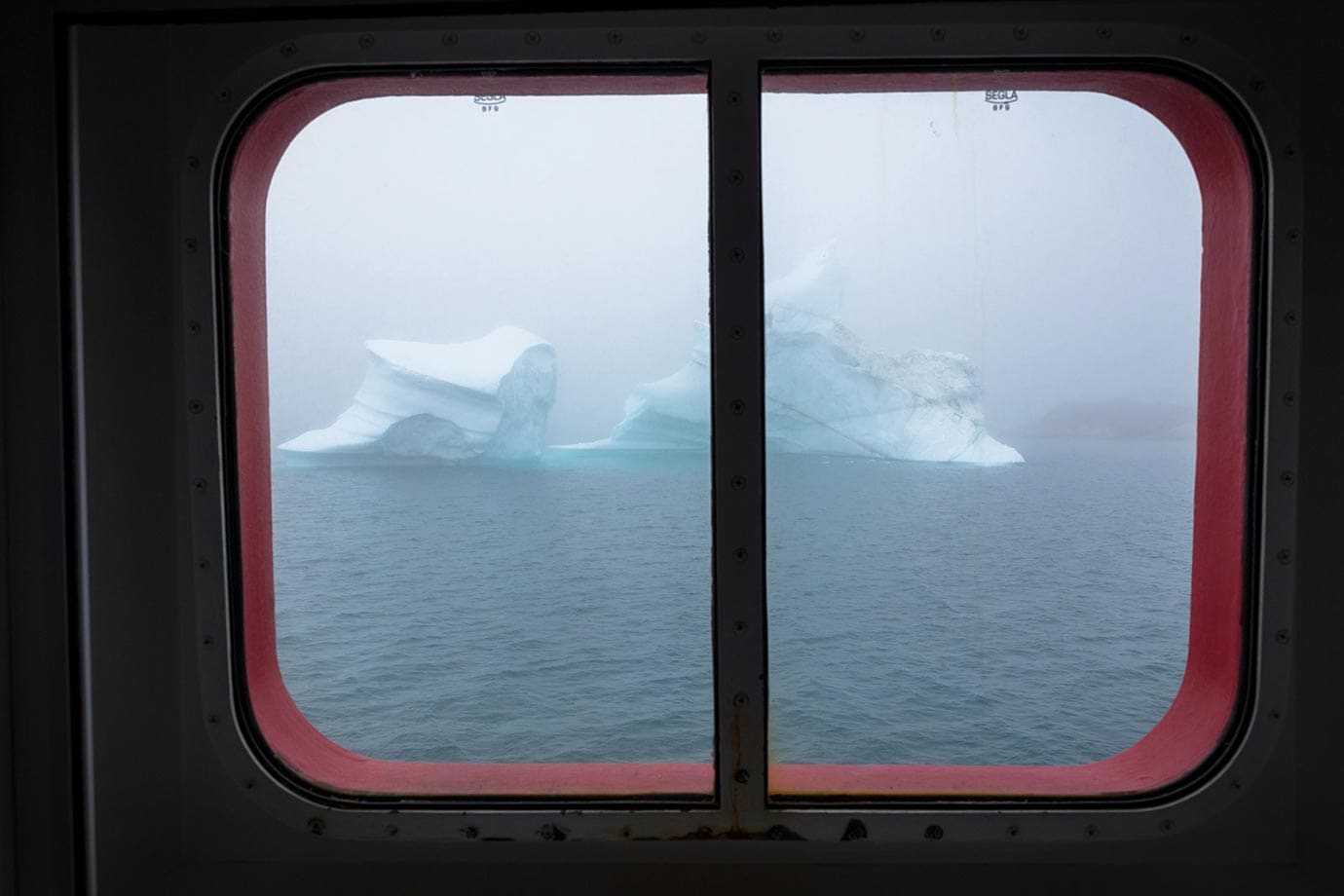 The True Beauty of Icebergs in Greenland

After travelling around Greenland for 12 days, it’s hard to describe the over-joyous feeling of seeing an iceberg for the first time, but I’m going to do my best.

Technically, the first time I saw an iceberg was flying into the tiny capital of Nuuk. There, out the window were these tiny specks of white on a blanket of deep blue, almost as if they were pokadots on a dress. However, from that height you can hardly say you’ve seen them, you know? 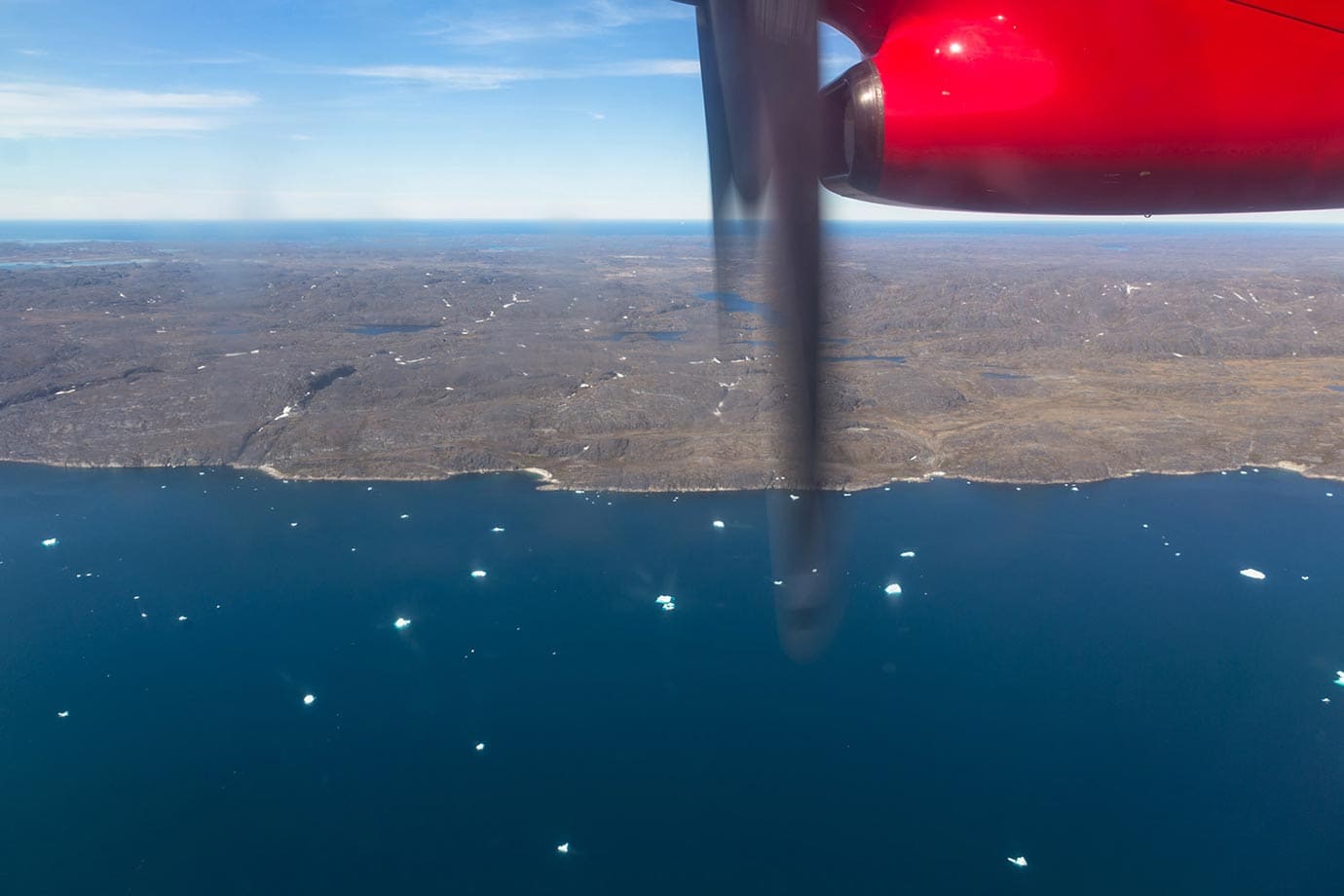 The next time was while walking around Nuuk. There, standing on one of the hills looking out upon the sea, I saw what I thought was a massive iceberg in a bay.

Like a giddy kid at Christmas when it snows for the first time, I sprinted down the hill towards this thing, eager to see it up close and personal.

Down by the bay was a small dock with a wooden walkway leading out to the iceberg. It was almost as if it was there waiting for me.

It was then, seeing this iceberg, that I realised just how beautiful they are, and they almost command a solemn silence from some innate power within. 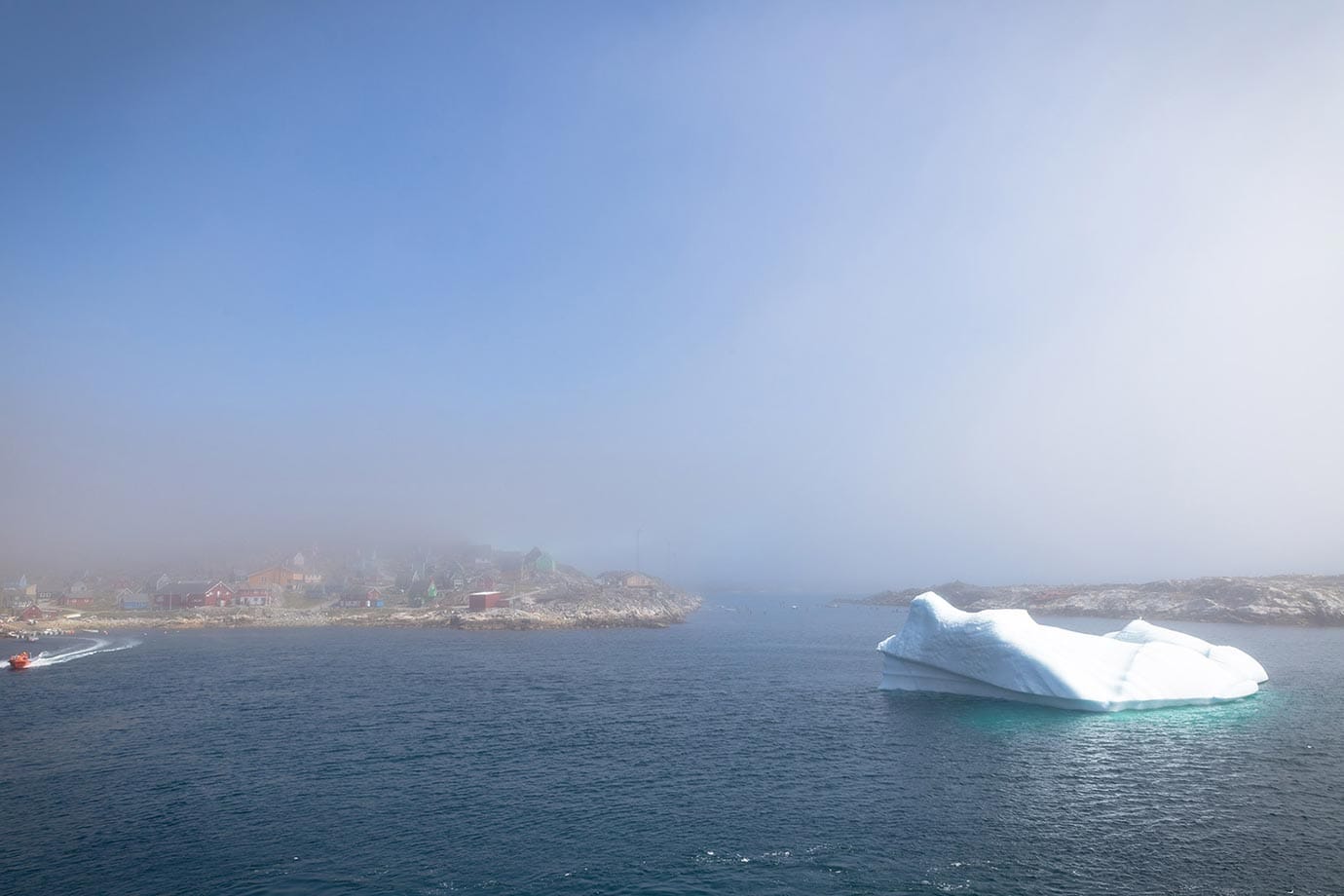 For me, the best time to see icebergs in Greenland is during the summer. This is from April/May all the way through to September.

Obviously you can see icebergs in Greenland at any time you visit, but outside of summer it will be very cold and very dark, so summer is definitely best.

The thing about Greenland is there are hardly any roads. The open water and waves are people’s highway, and everyone owns a boat here.

It was there, out on the water with the wind blowing in my hair and water droplets spraying all around us, that I got to understand the true beauty of these things. 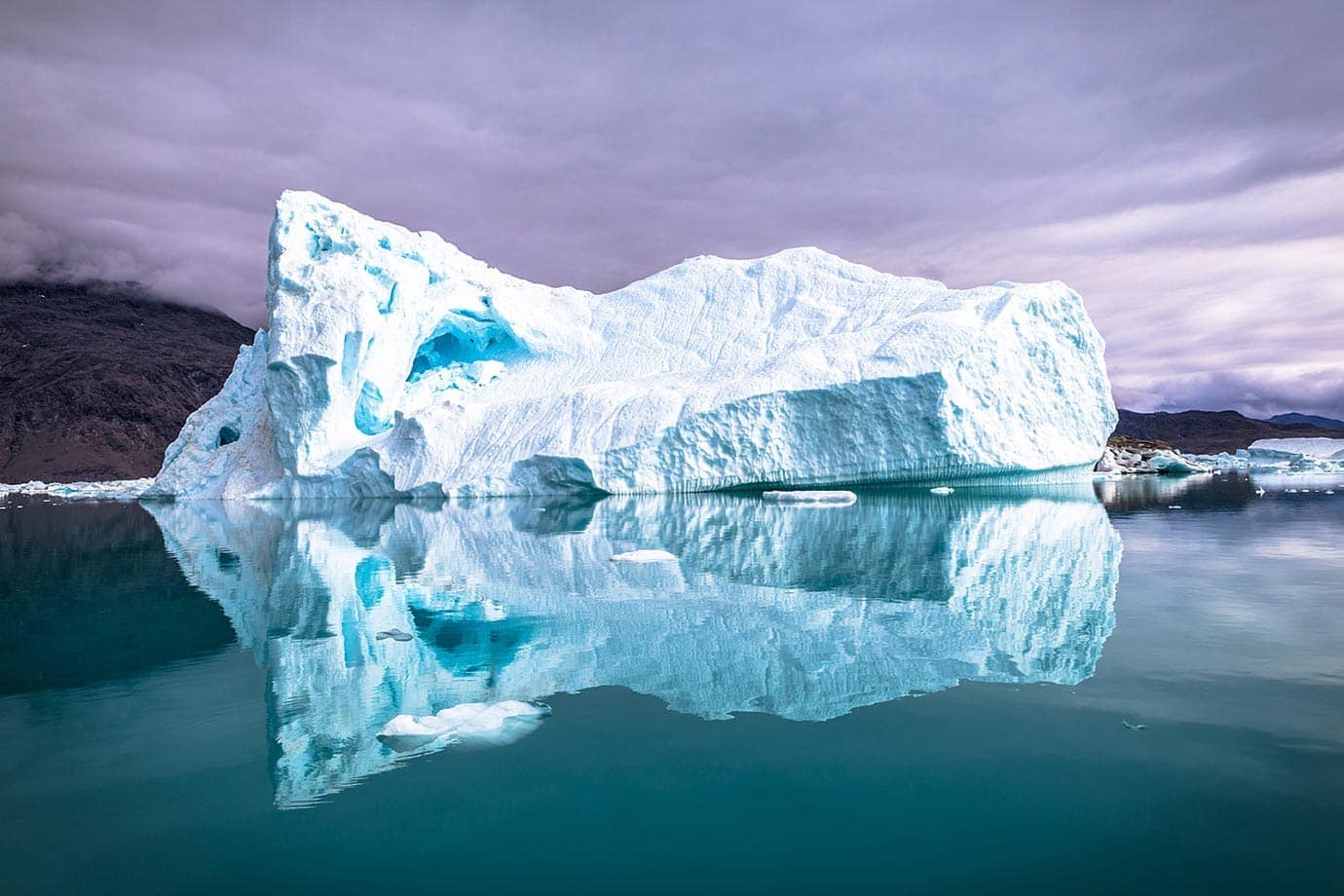 I know it sounds strange to harp on about the beauty of what is essentially an overly-large ice-cube, but icebergs really do have to be up there as one of the most beautiful things I’ve ever photographed.

With different hues of white, silver, grey and blue, each one is different. 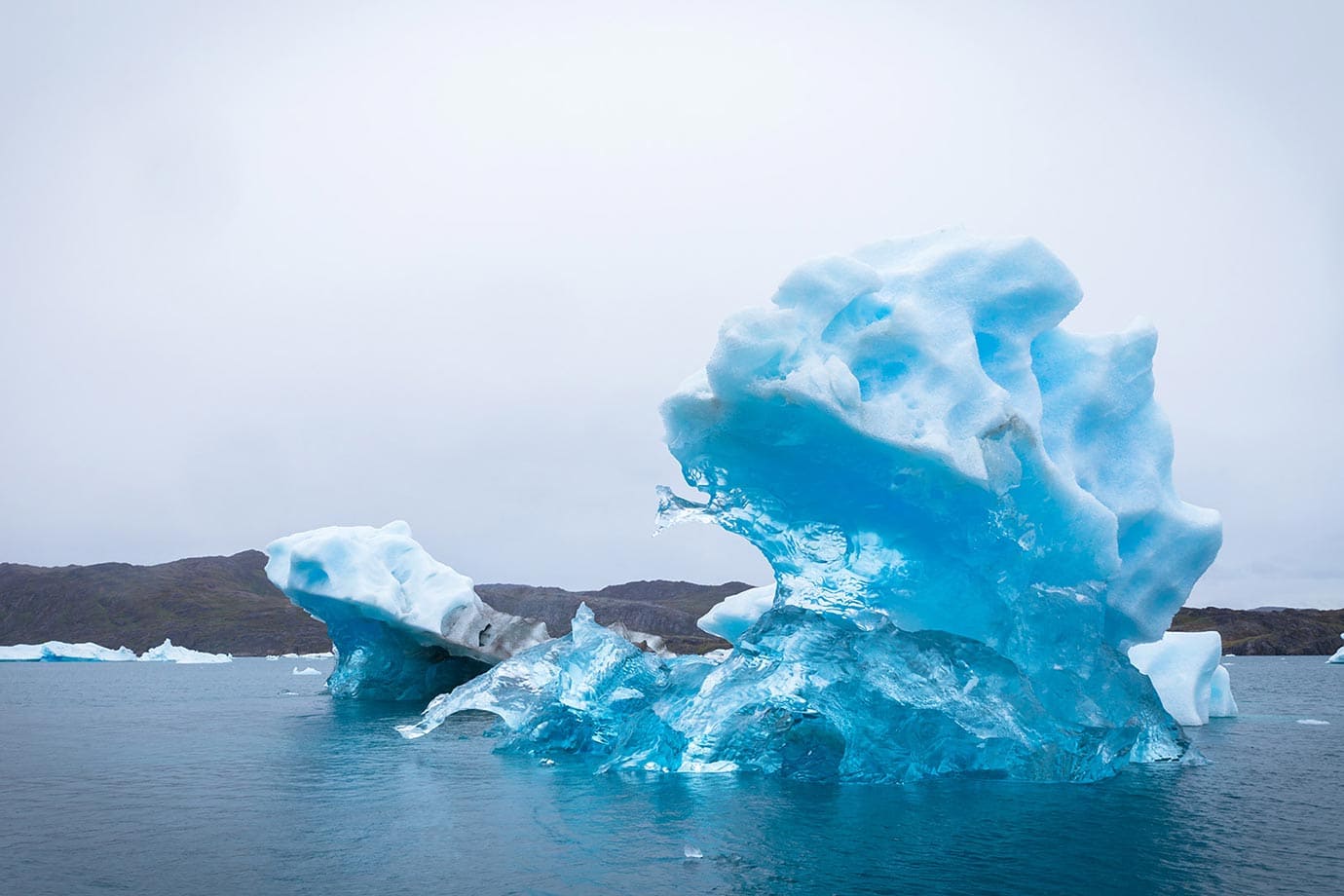 Why are icebergs different colours?

This is down to how much oxygen is in the ice – more oxygen gives a white colour, a little oxygen gives an ice blue colour, and then there’s the rare no-oxygen icebergs – these are completely colourless like huge floating diamonds; they put the Koh-i-Noor to shame.

Then there’s the size of them. Some icebergs are so big they are like mini-skyscrapers towering tall above you. When you consider that only 10% of an iceberg is visible, the mind warps at how big they must be under the water.

And finally, there’s the sound of them. In Greenland, the silence is almost a sound in itself, but out on the water rarely a minute goes by before you hear the creaking and cracking of an iceberg.

It doesn’t take long before you see an iceberg flip, an event equal parts mesmerising as it is scary. When an iceberg breaks up, the equilibrium of it changes sometimes causing it to completely flip over on itself. It really is a spectacular sight. 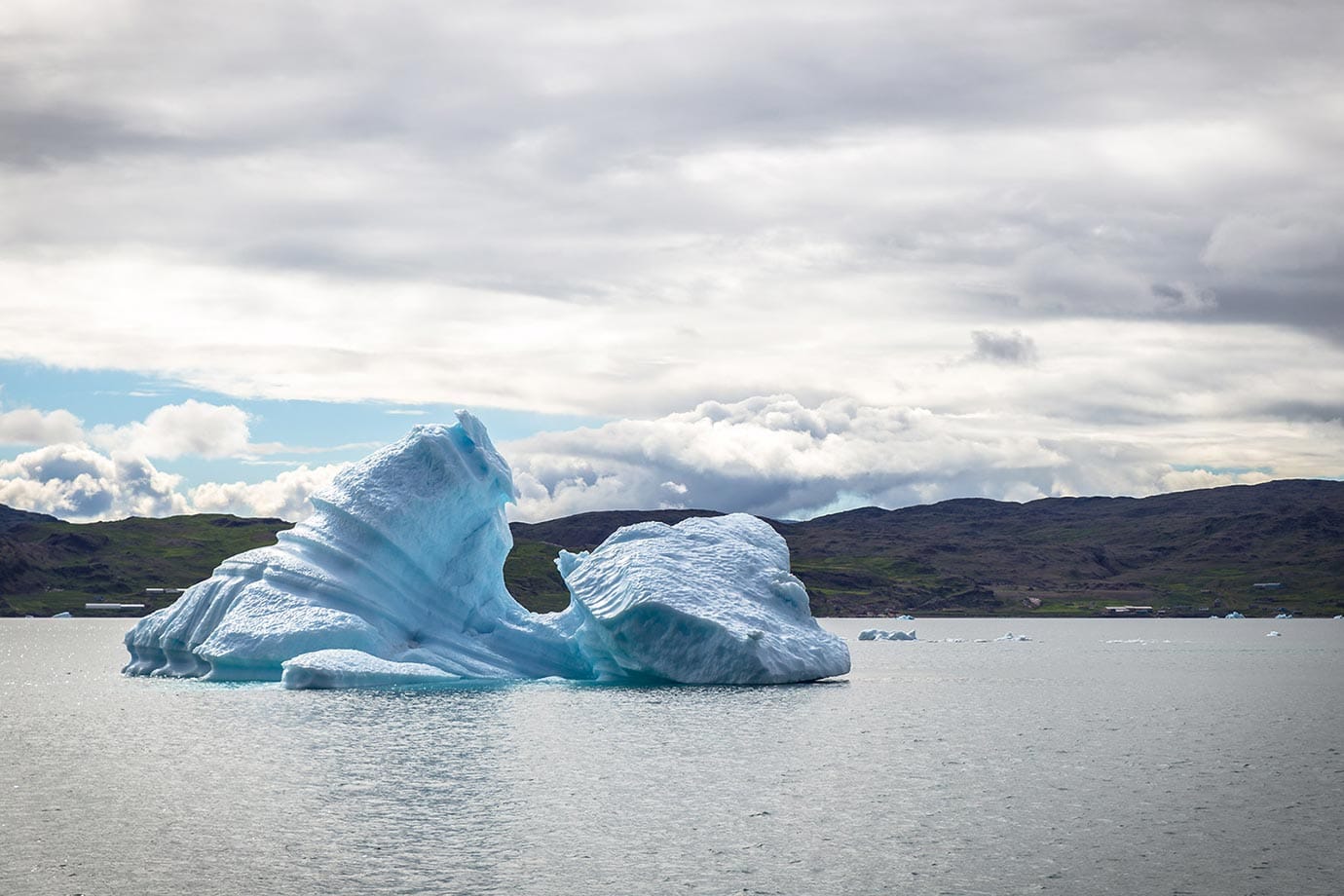 For me, the most attractive thing about photographing icebergs is you’re capturing a particular moment in time, one that will never be repeated again.

Being there, on the water, seeing an iceberg where you are – it will never be there again. Similar ones will be, but not the same one. For me, there’s some poetic beauty to that, and do you know what?

No matter how good a photo is, nothing beats seeing an iceberg for the first time in your life.

Hopefully some of these photos capture the true beauty of the icebergs in Greenland.

Photos of icebergs in Greenland 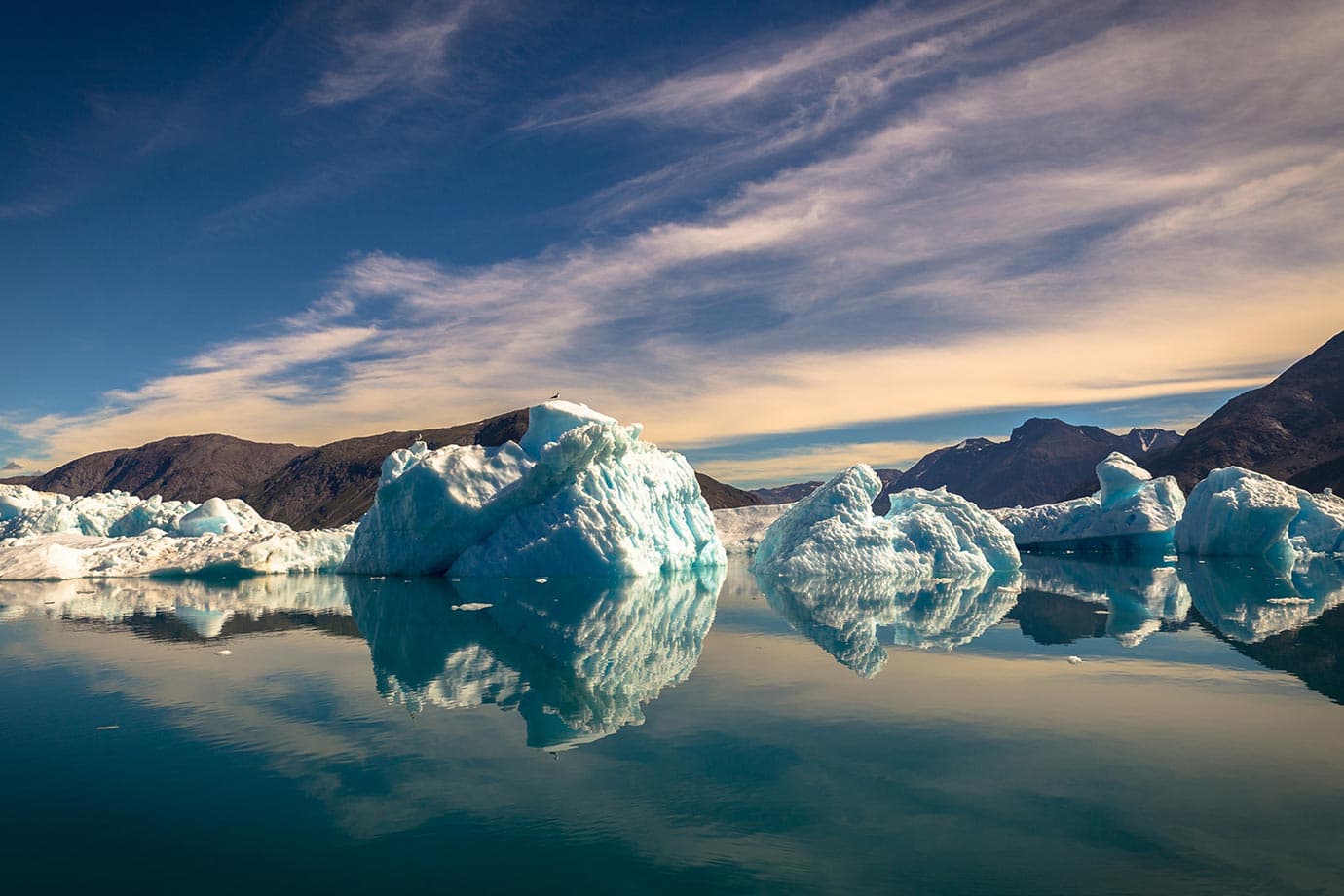 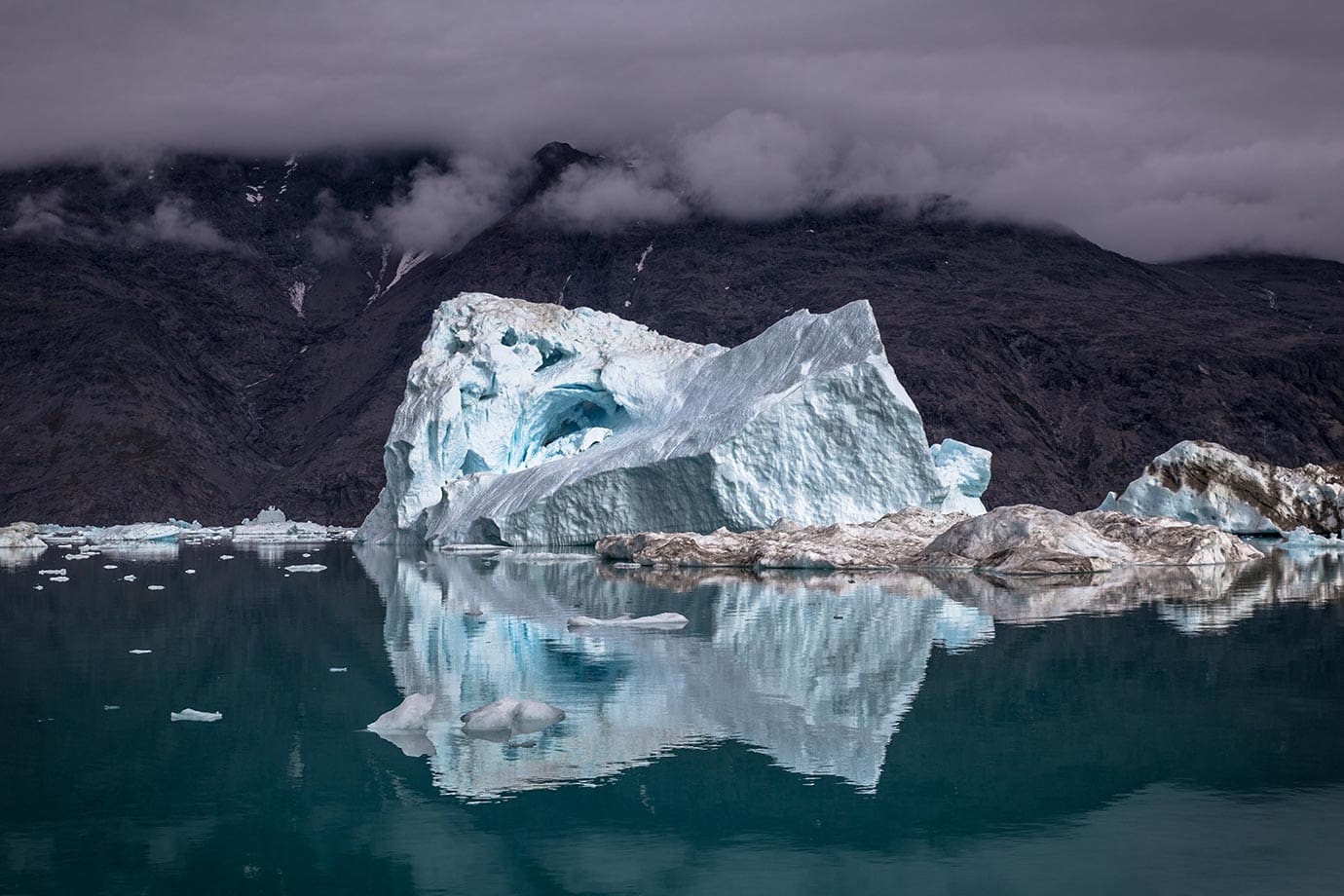 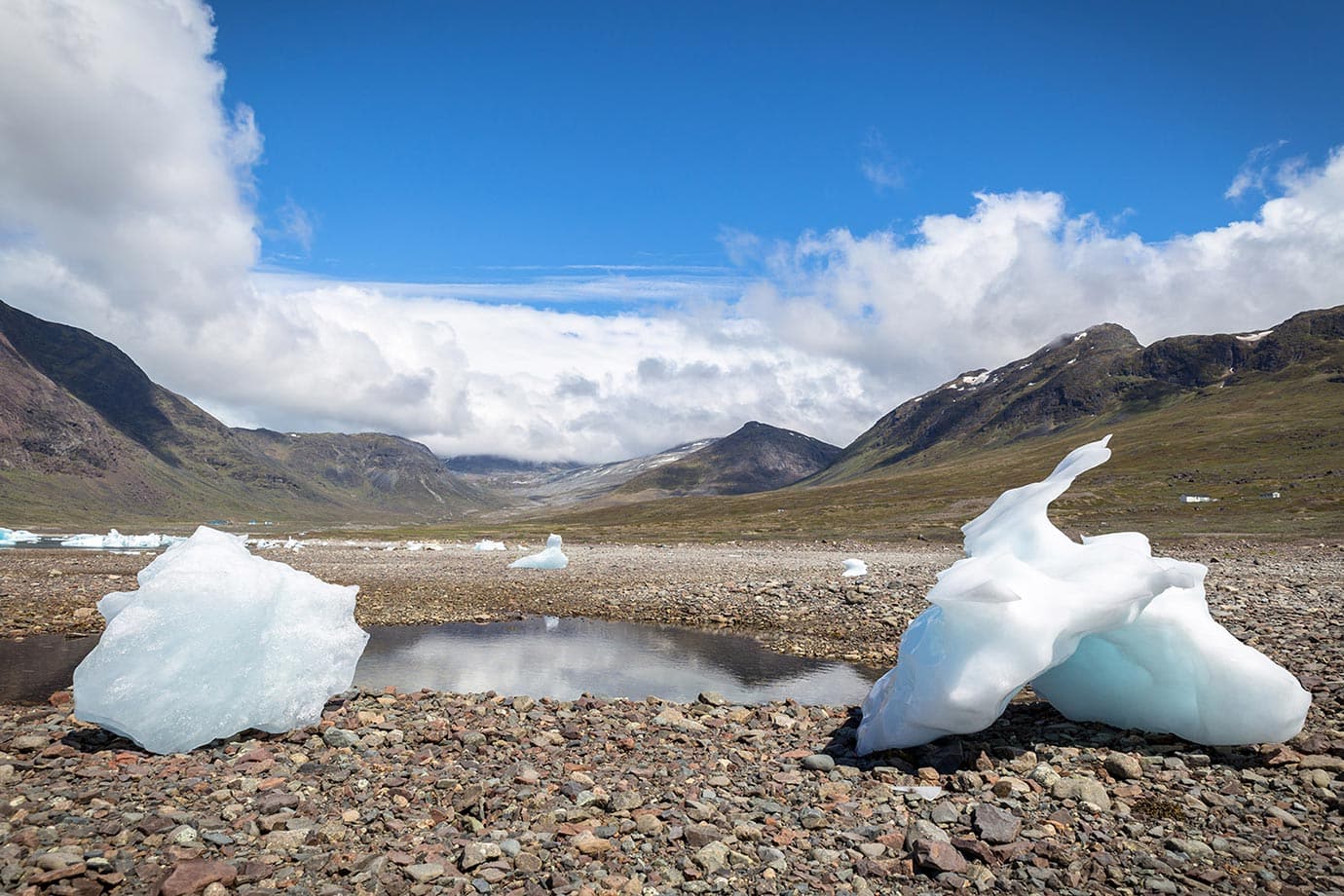 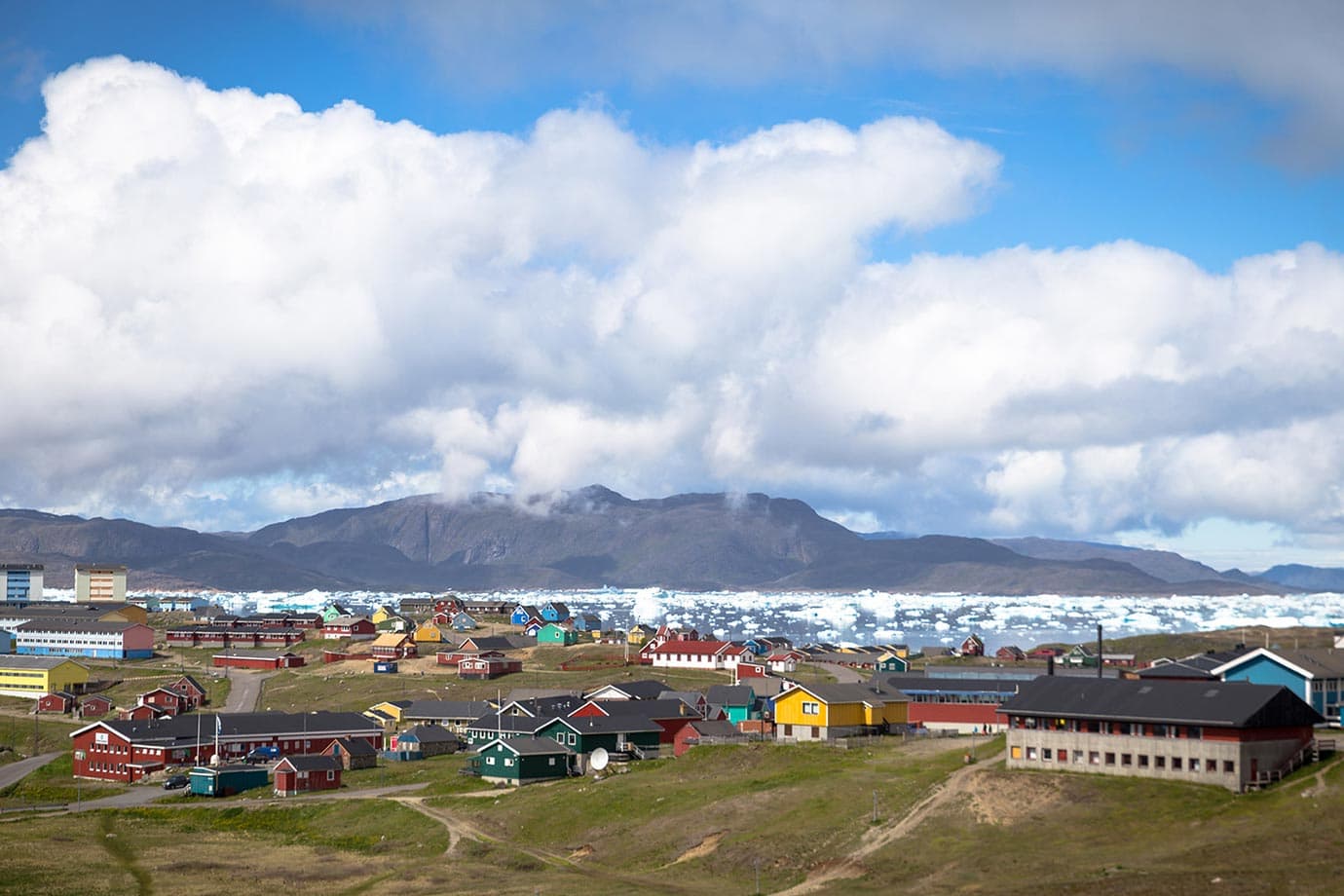 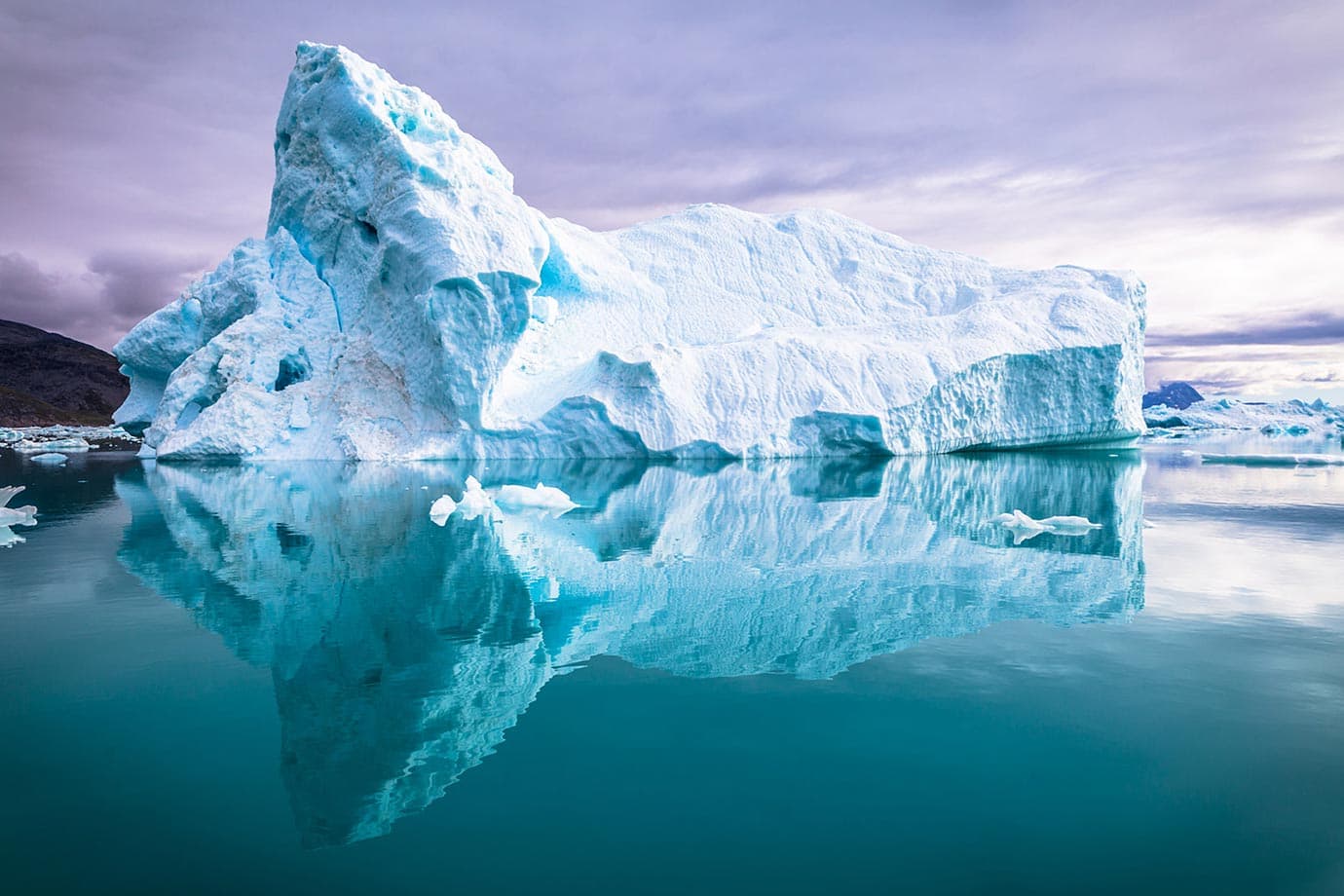 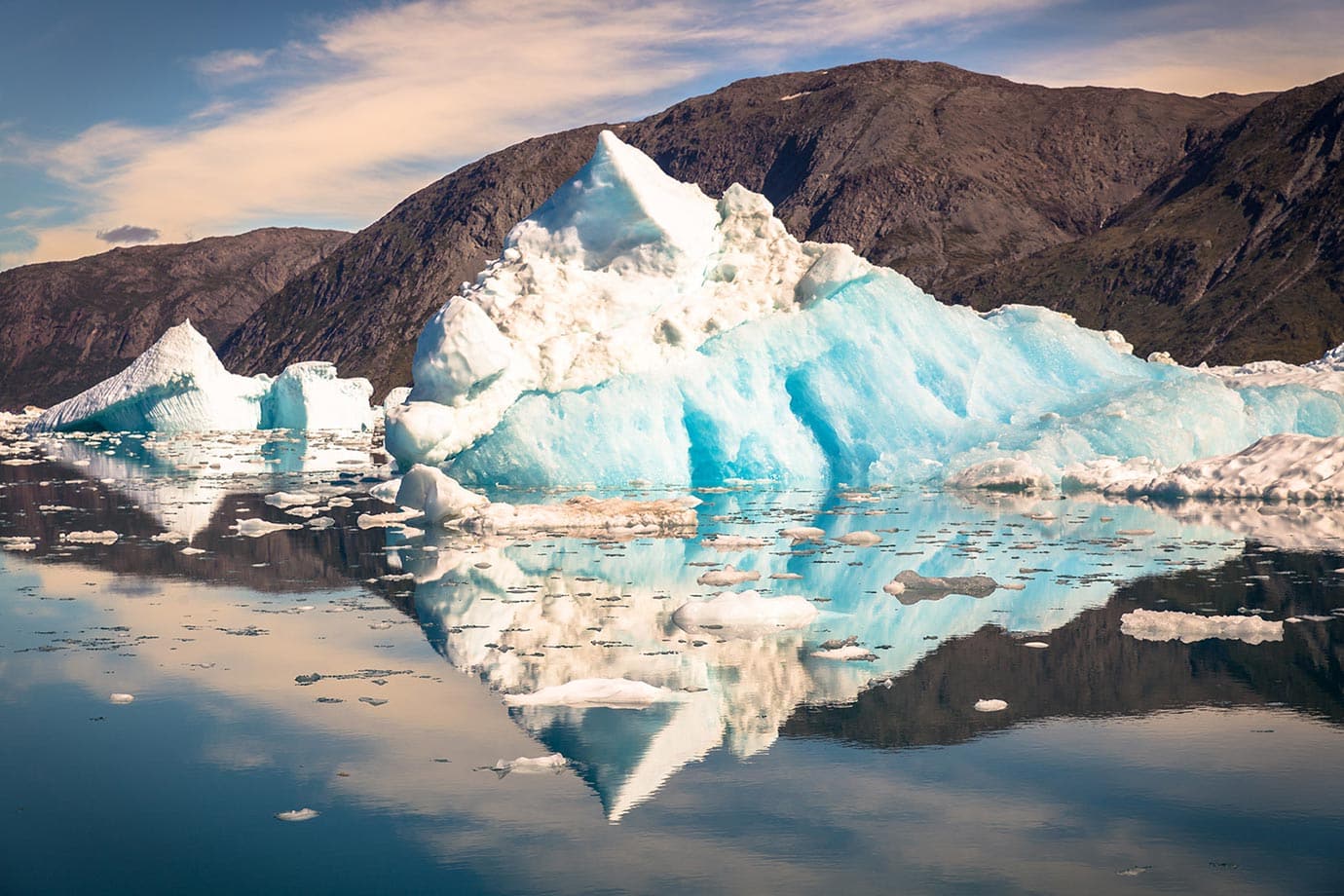 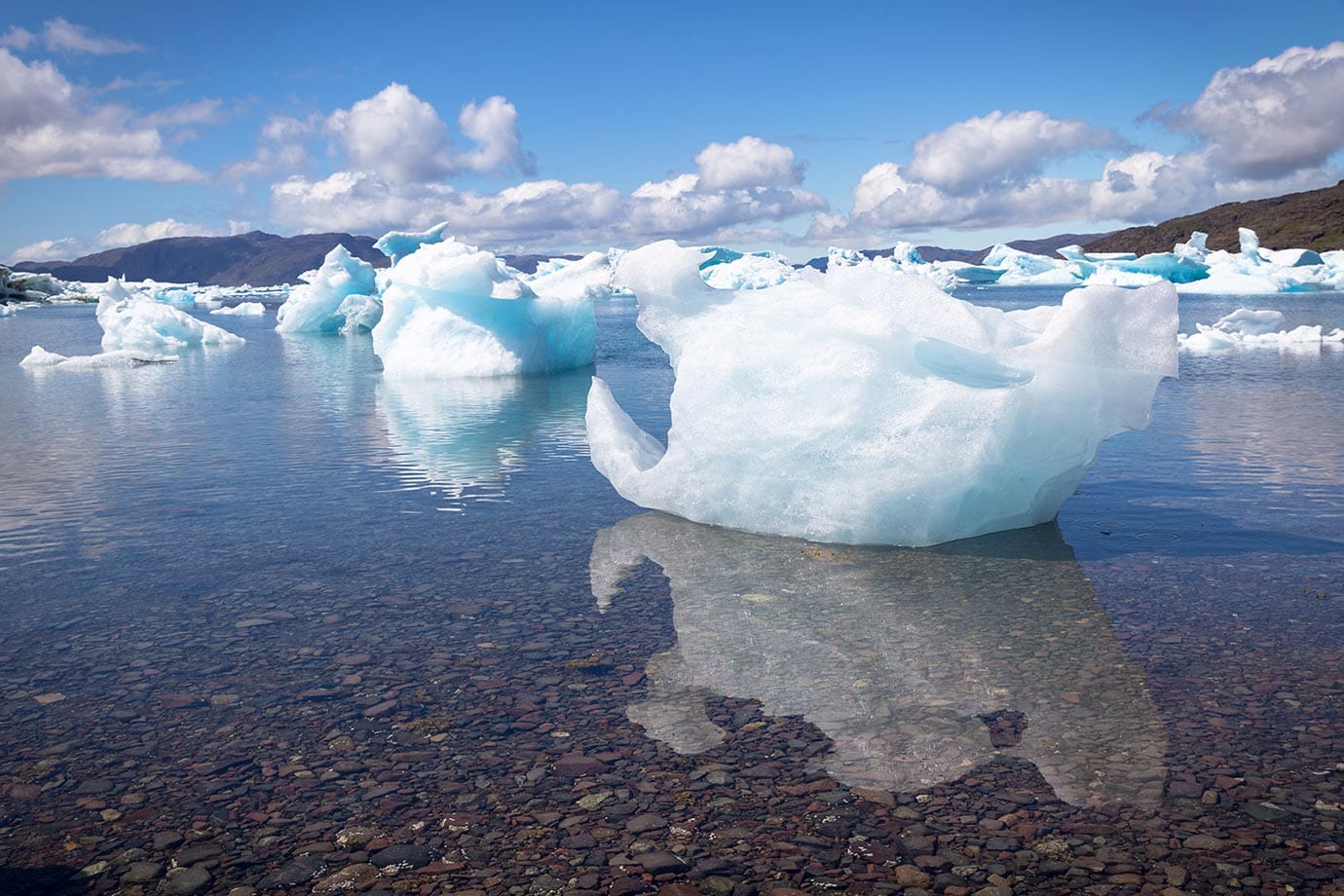 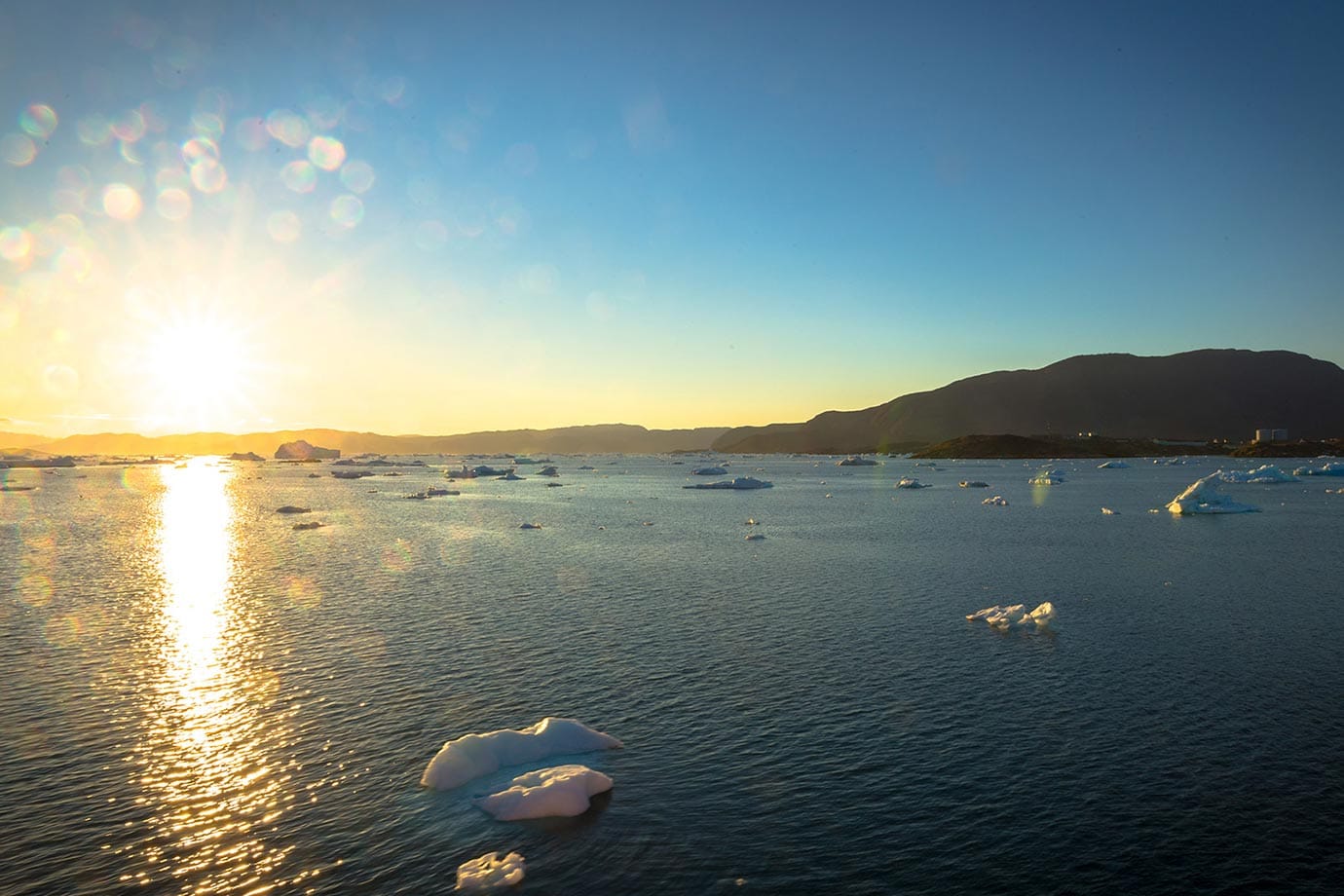 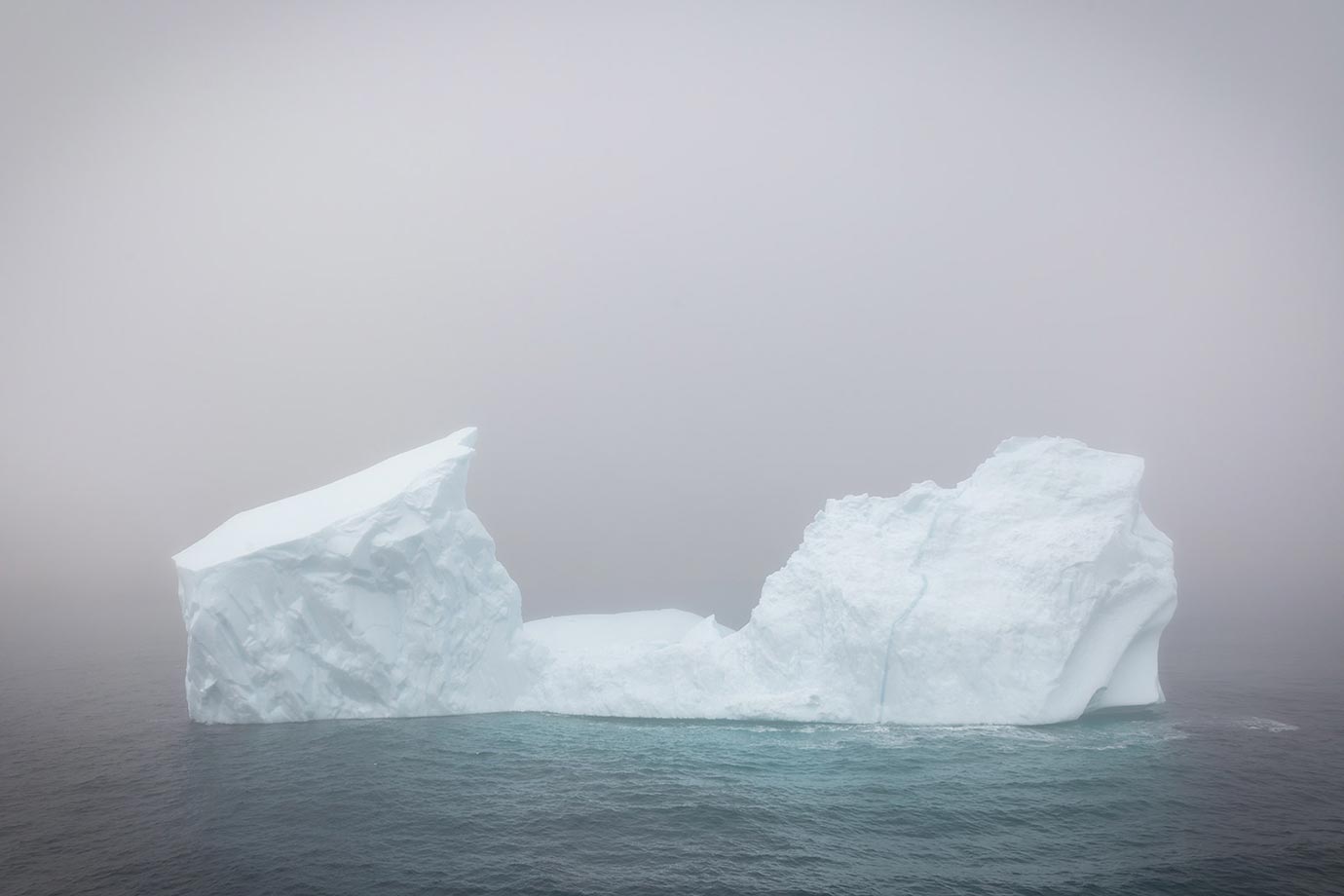 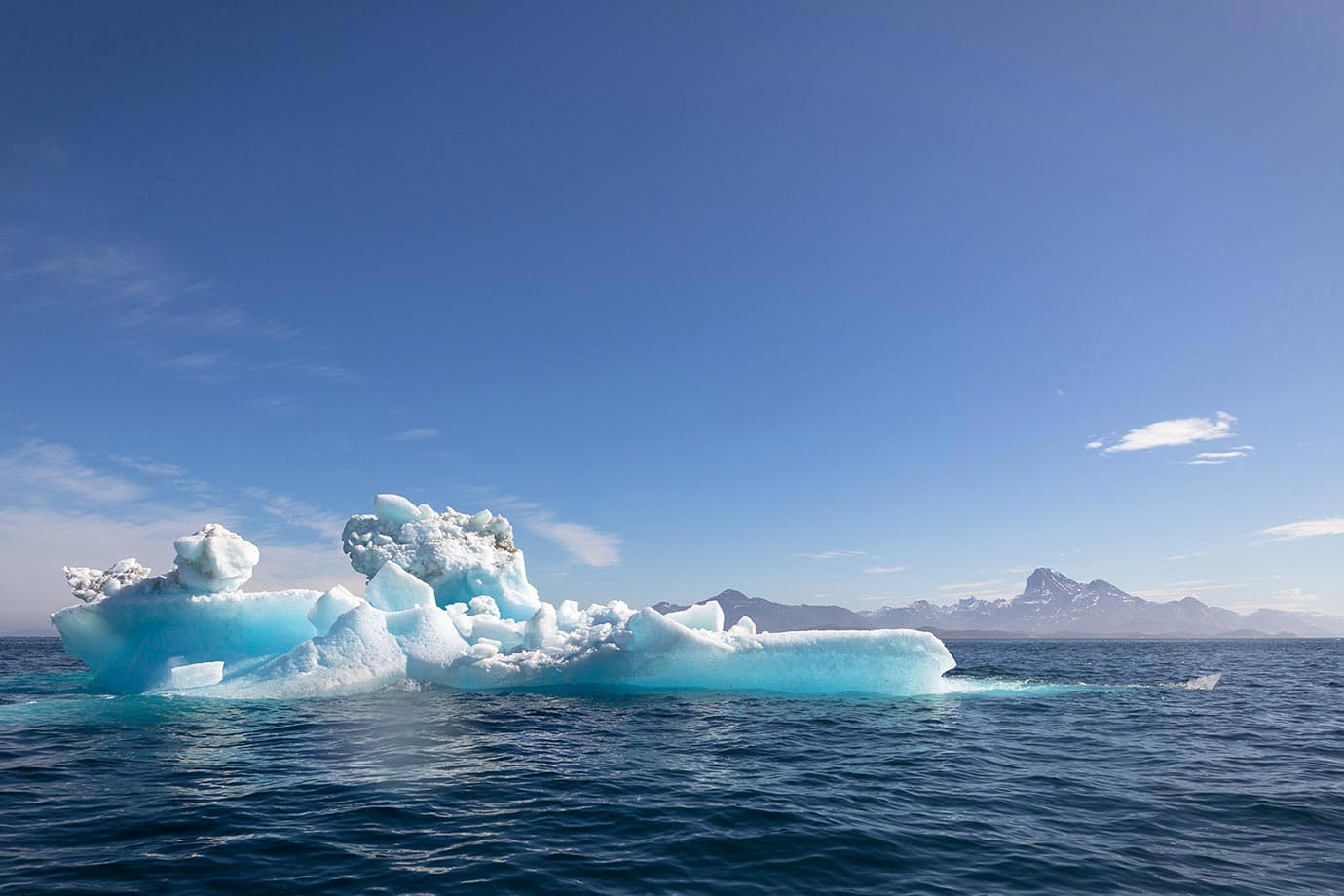 Have you ever seen icebergs in Greenland? Have you even seen an iceberg before? How did it make you feel the first time you saw one? I’d love to hear your thoughts so let me know in the comment box below! 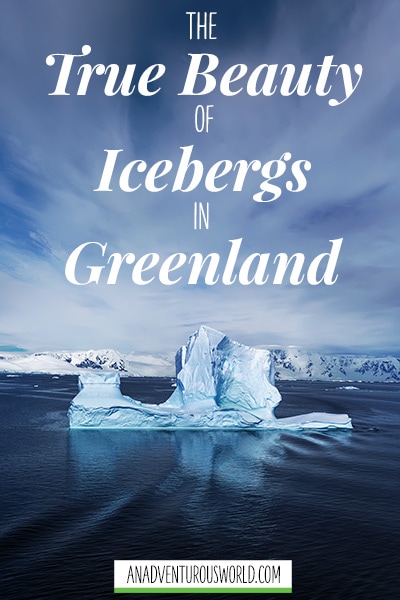